A BMW E21 in great condition is already a rare sight, but this 323i is even more special than that. Notice the side stripes? It’s how you can tell the car has been modified in the most 1980s fashion possible. Finished in Graphite Metallic, the sports sedan spent time in Schnitzer’s shop back in the day to squeeze more power.

Thanks to the revamped engine, it needed only 6.7 seconds to hit 62 mph (100 km/h) and topped out at 140 mph 225 km/h). Schnitzer did more than just slap on a turbo as it also installed a massive intercooler and a stainless steel exhaust. The E21 Turbo went through additional hardware modifications, including power steering and a custom suspension with Bilstein shocks. 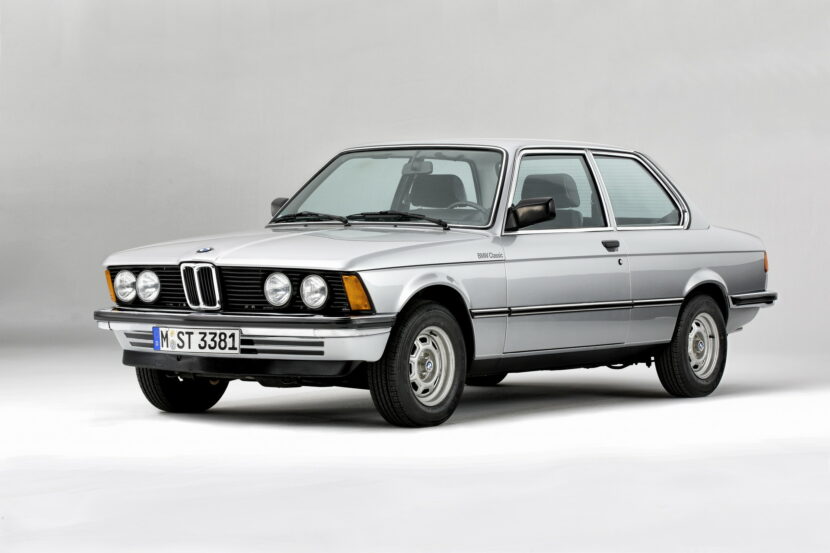 It Doesn’t Get More 80s Than This

The long list of mods also had a front spoiler lip, 15-inch BBS wheels, and a trunk lid spoiler. It also has the optional side stripes and is likely fitted with the 93-liter fuel tank. It’s missing the Schnitzer badging where a previous owner added an M badge to replace the “323i” on the grille.

Believed to be one of the two imported by Hardy and Beck, the Schnitzer E21 Turbo is not original on the inside. It boasts electrically powered leather Recaro seats instead of the manual sports seats fitted by the tuner. Thankfully, it retains the 240 km/h speedometer (up from 220 km/h) and the turbo boost gauge.

You’ll also notice the three-spoke steering wheel with the classic BMW Motorsport logo, which is returning in 2022 for the M division’s 50th anniversary. The Schnitzer E21 Turbo has covered 32,000 km (20,000 miles), making it a time capsule of the ’80s tuning scene.