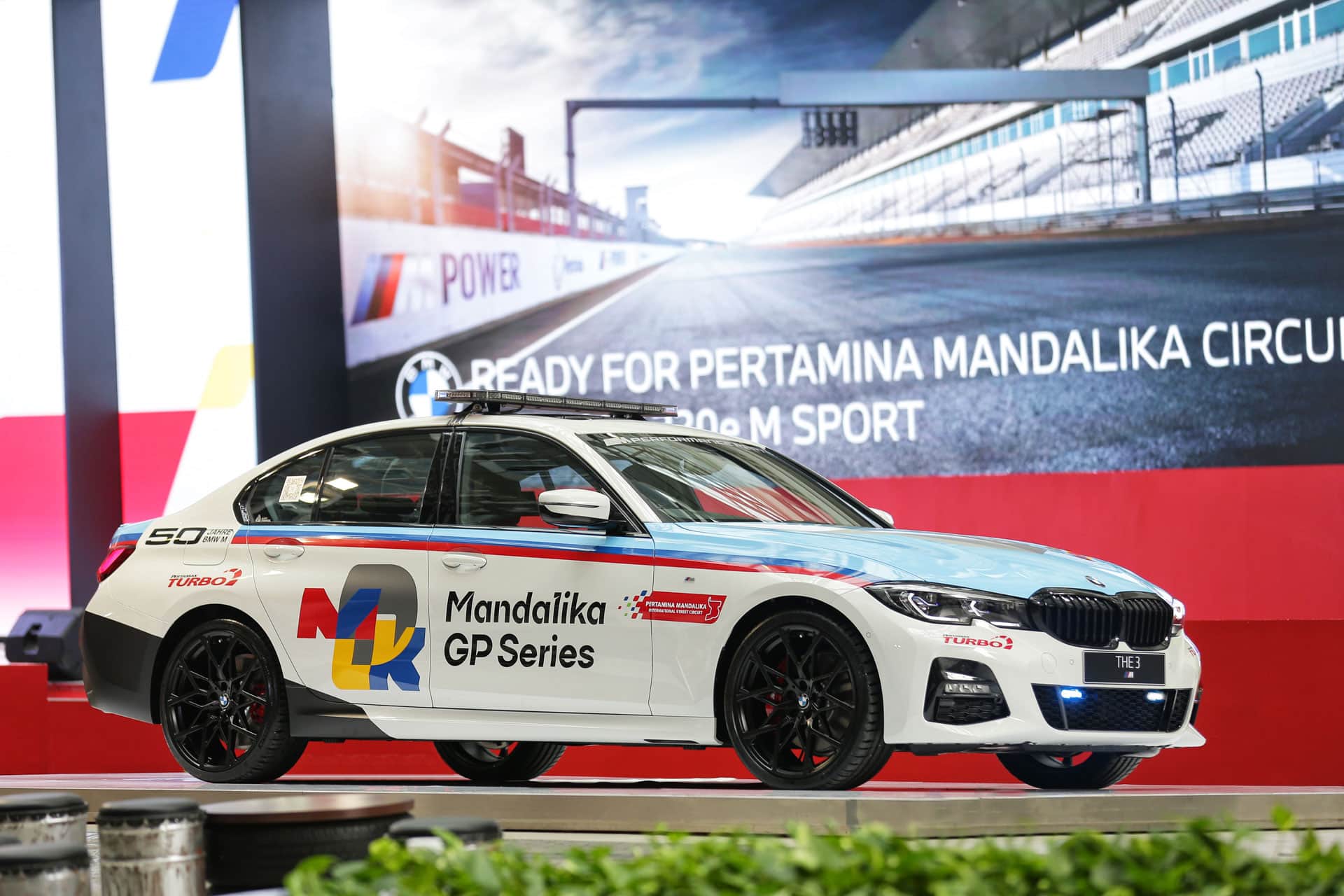 It was a week ago when BMW unveiled the M2 CS Racing as the official MotoGP Safety Car for the upcoming 2022 season. The first round is on March 6 in Qatar and then a sedan will join it in the second race. It’s a 3 Series based on the 330e plug-in hybrid in the M Sport flavor we’ll see on March 20.

It serves as a special safety car on the Pertamina Mandalika International Street Circuit to highlight BMW Indonesia’s motorsport involvement. During the race weekend, the PHEV sports sedan will be joined by other M cars, including the M2 CS, M3, and the mighty M5 CS. The 330e M Sport is a one-time affair since the M2 CS Racing is the main MotoGP Safety Car.

The tie-up follows last year when BMW Indonesia became the Official Mobility Partner of the Mandalika Grand Prix Association (MGPA). Inaugurated in November 2021, the collaboration was celebrated during the Asia Talent Cup and World Superbike (WSBK) events. This 330e has a special livery to mark 50 years of the M division, but it lacks the retro badges. 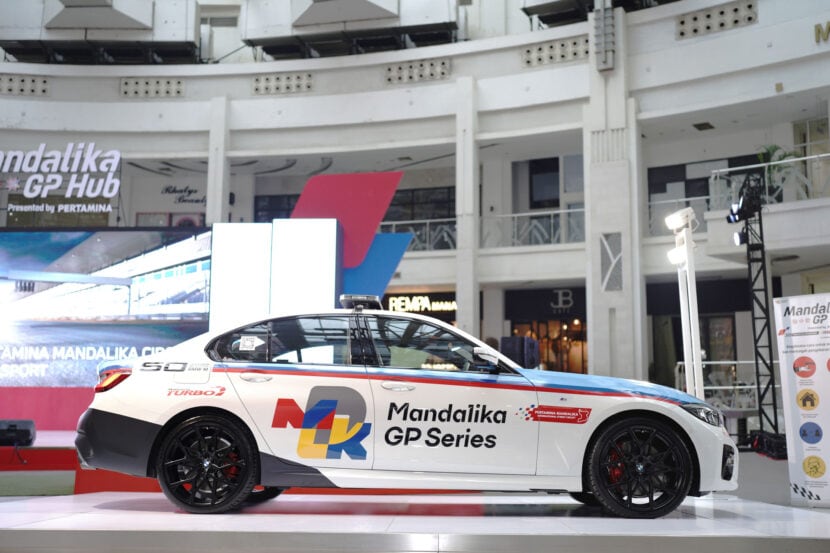 The decked-out electrified sedan hasn’t been modified, aside from getting the special finish and an LED light bar on the roof. Launched in August 2019, the BMW 330e combines a turbocharged 2.0-liter gasoline mill with an electric motor. The four-pot combustion engine is good for 184 hp while the electric motor pushes out 113 hp. The two have a combined output of 292 hp and 420 Nm (310 lb-ft).

For a superior level of electrification, the i3 badge will be repurposed in China later this year when BMW will introduce a 3 Series Sedan Long Wheelbase without a combustion engine. 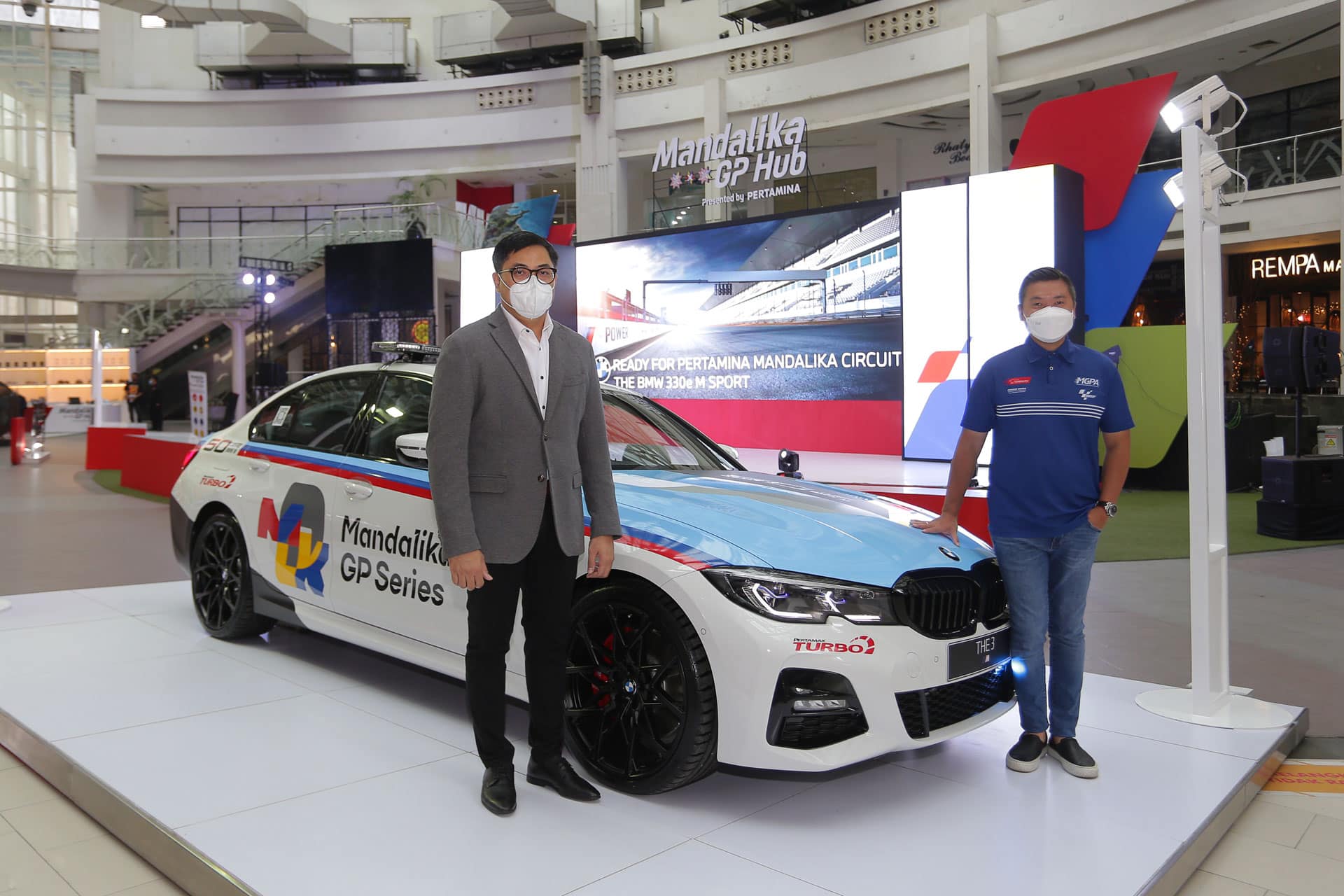 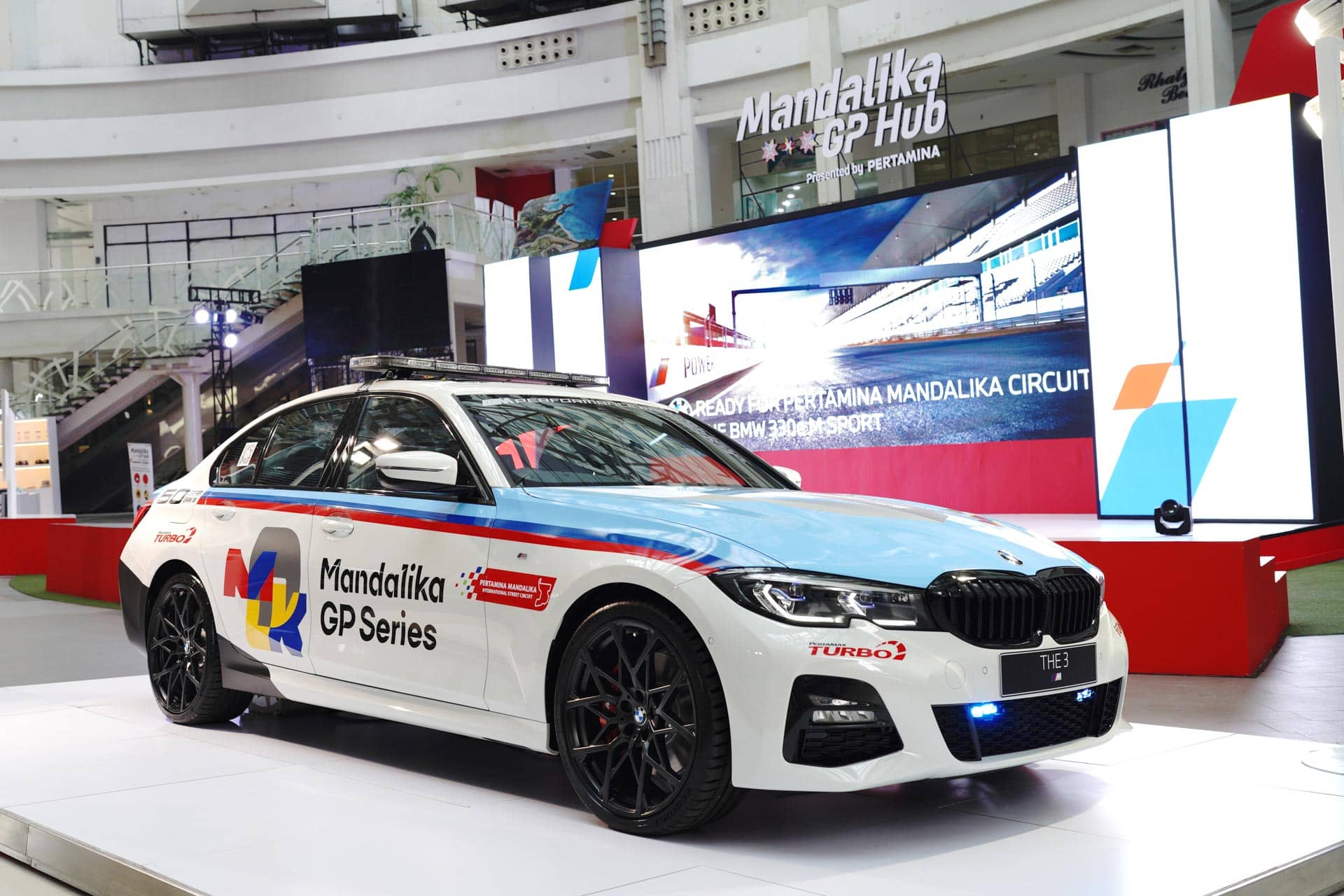 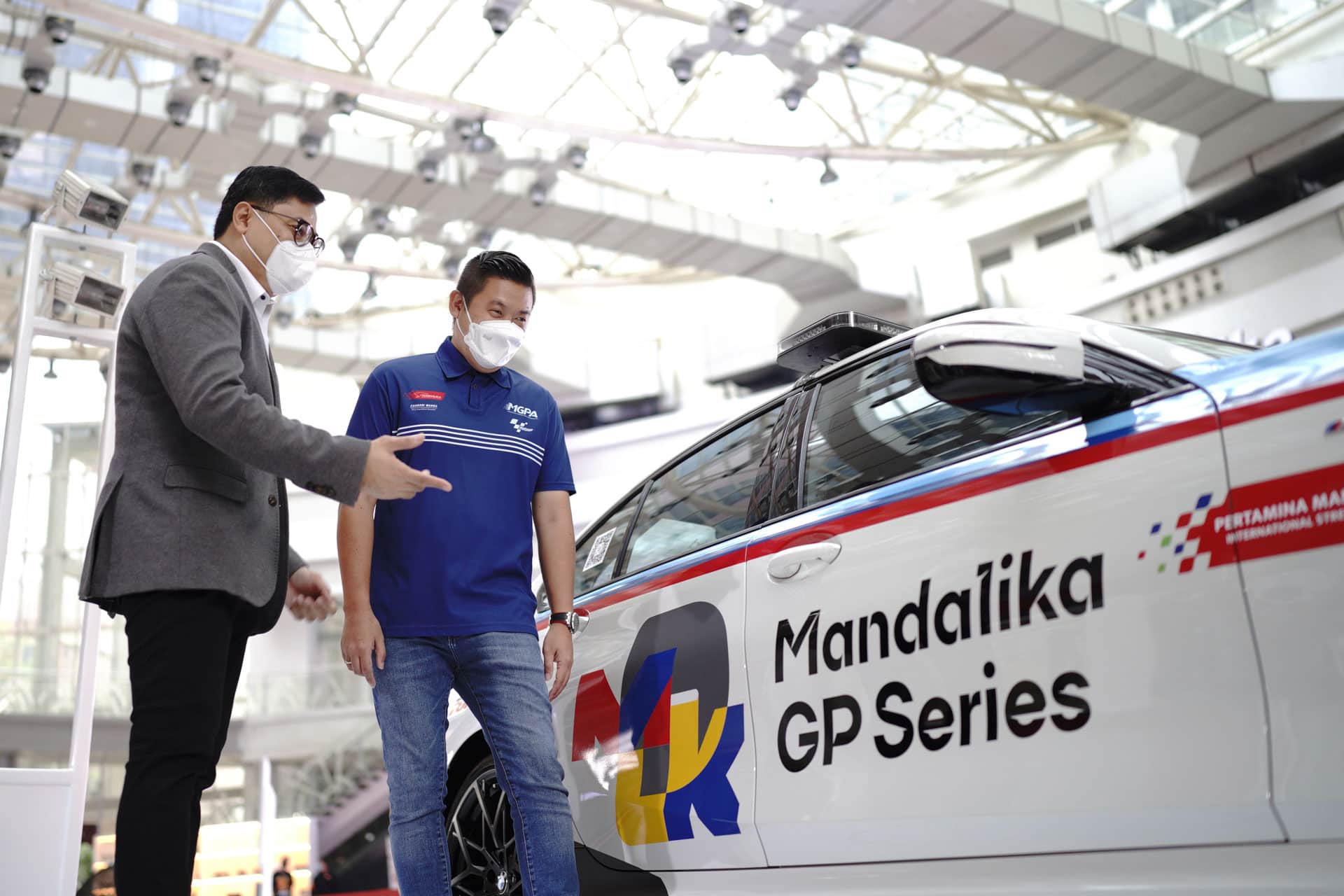 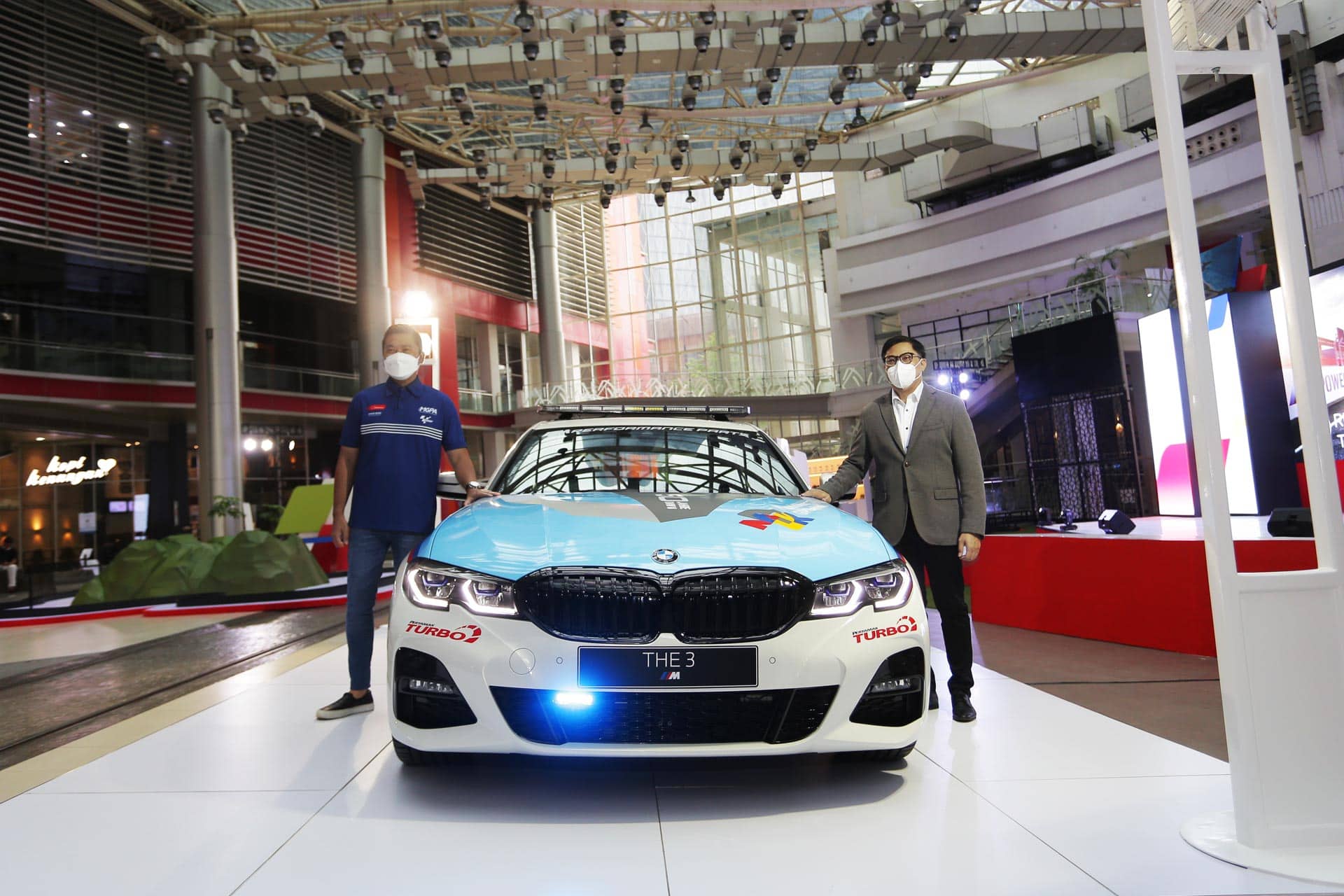