BMW 3.0 CSA Ignored For 10 Years Goes From Zero To Hero

We enjoy watching videos of abandoned cars being brought back to life, especially if they carry the BMW badge. This isn’t a video per se since it’s more along the lines of a photo collection. It represents a timelapse of a thorough restoration process to revive this classy 1975 BMW coupe. The subject is a 3.0 CSA from the E9 generation aka the first to give us the CSL badge.

The car certainly had seen better days before being subjected to a nut and bolt restoration. It spent about 10 years soaking up the sun of southern France as it was pretty much abandoned for a whole decade. It goes without saying the years of neglect took their toll on the paint, not to mention the upholstery. Rust had started to devour the helpless 3.0 CSA before the car was ultimately saved from extinction.

Rétro-Méca, a French shop specialized in restoring cars had its work cut out for it, even before beginning to rejuvenate the classic BMW. When it arrived at the garage, the brakes were jammed, which made it quite tricky to move the car around. They then proceeded to revitalize all of the running gear and spruce up the inline-six 3.0-liter. The three-speed automatic transmission also received the technicians’ attention during the restoration. 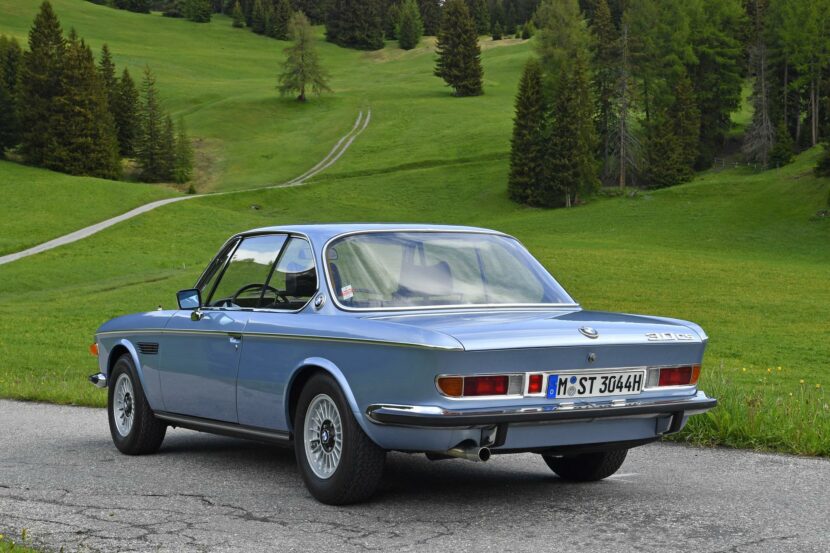 This BMW E9 Received A New Lease Of Life

The video posted on YouTube by Hand Built Cars shows the BMW 3.0 CSA being dismantled to some degree to fix the bodywork. It was then fully resprayed and they even managed to paint the original badges. All the chrome exterior trim pieces shine again, while the upholstery had to be completely changed. That’s not too much of a surprise since it looked absolutely terrible in the “before” photos.

The 3.0 CSA restored by Rétro-Méca appears to be showing over 72,000 kilometers and they also changed the floor mats along with the wood trim. The BMW badge is missing from the steering wheel, but other than that, the cabin looks exceptional.

It must have taken months to get the coupe back into shape, but we can all agree it was well worth the wait.