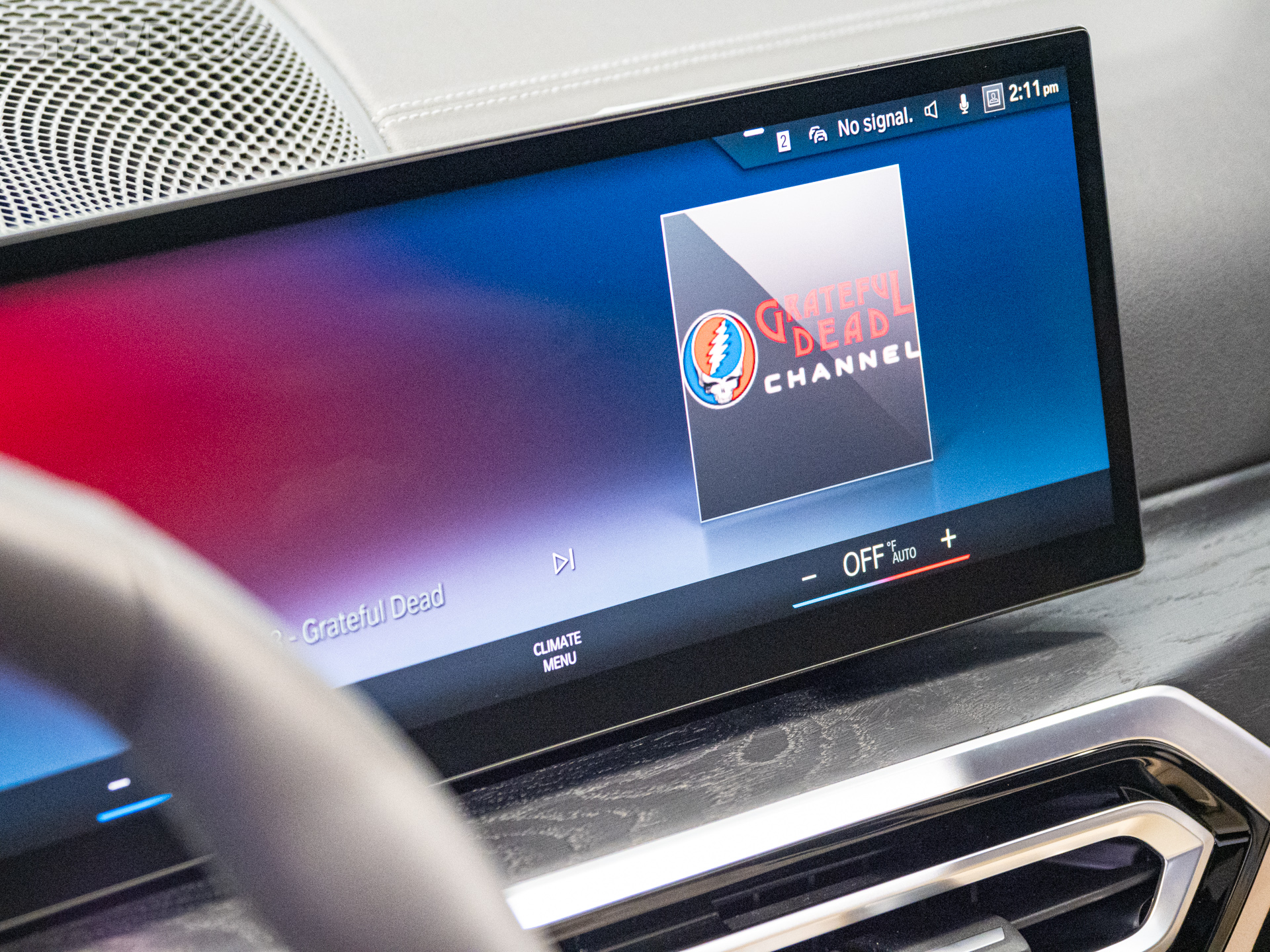 When the BMW M3 Touring launches, it will come as part of the G80 M3’s LCI facelift, which means it will have slightly updated looks, as well as some updates to its cabin, along with the rest of its M3 and M5 buddies. One such cabin update will be the latest iDrive 8 system from the BMW i4, which can be seen in these new spy photos. (We don’t own the photos but they can be seen here)

A nosey photographer snapped some spy photos of the upcoming BMW M3 Touring doing some camouflaged testing in pubic and was able to get close enough to get some shots of the cabin. Like most test mules, the interior of this M3 Touring was covered in some fabric camouflage, to hide its new dashboard updates. However, the fabric clearly shows off the shape of the M3 Touring’s new iDrive/instrument panel and it’s the same large curved display that the i4 uses.

This should come as no surprise, though. The i4 and M3 essentially have the same dash layout and, because BMW needs to slowly update all of its cars to the latest iDrive system, it only makes sense for the BMW M3 Touring to get the i4’s new curved screen. Though, it’s nice to get a visual confirmation.

It will be interesting to see the new screen in the M3, though, as it’s not a particularly sporty looking setup. Its curved, upright display looks techy, premium, and modern but it’s not exactly sporty. BMW might add some snazzy new M Division graphics to the display, to make it feel a bit more special than the all-electric i4, but it’s going to be the same screen for the most part.

Though, to be fair, the BMW M3 Touring will be the first-ever M3 wagon to be sold to the public, after literal decades of fan-begging, so I don’t think customers are going to care about the iDrive screen too much.