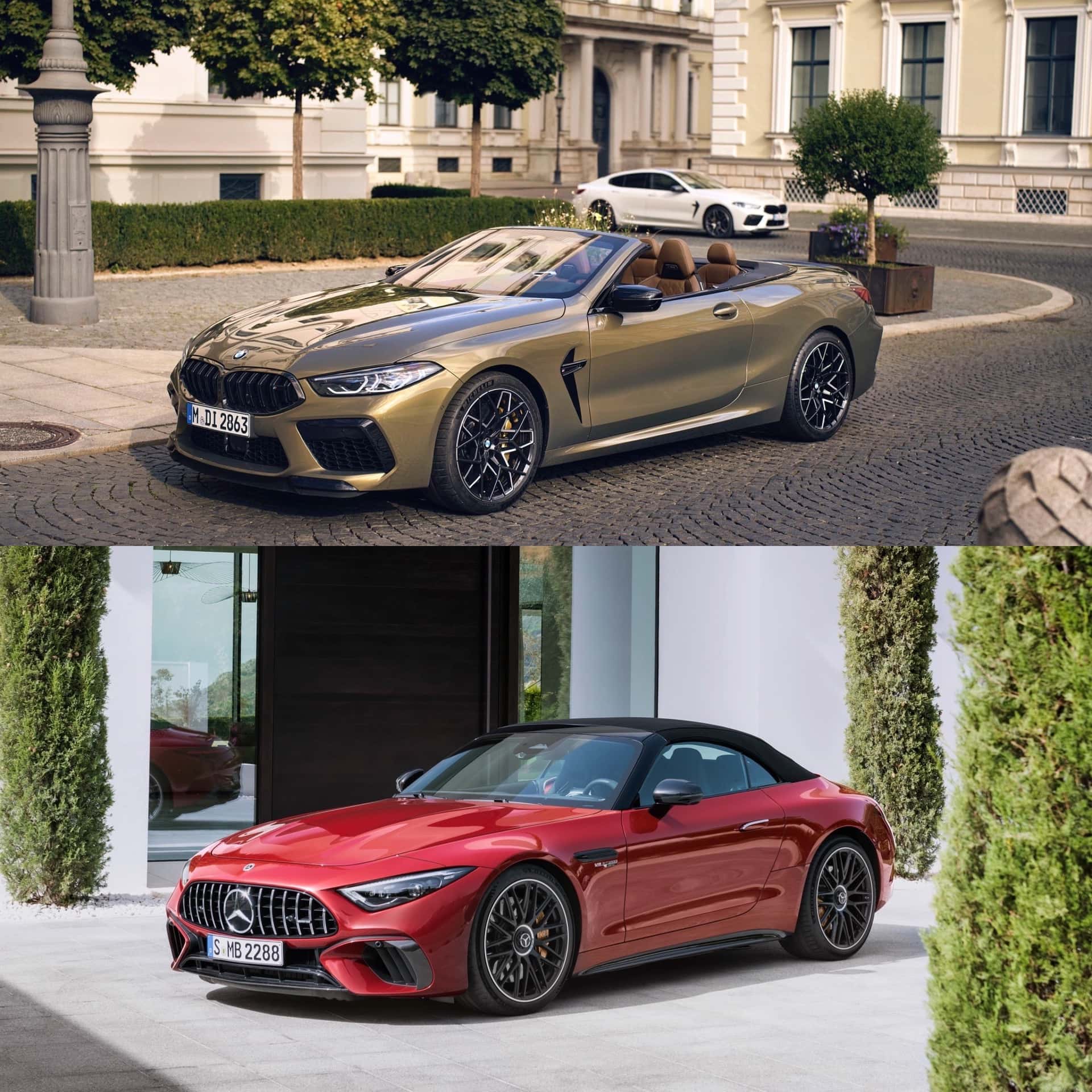 The newly facelifted BMW M8 Competition Convertible is going to have to take on one very specific car more than any other — the Mercedes-AMG SL-Class. Both cars were launched within months of each other, both cars will start at around the same $135,000 price point, and both cars are bonkers quick convertible GT cars built by each brand’s performance division (the SL-Class is now entirely an AMG product). While there are other high-performance GTs on the market, none compete so directly more than these two.

We haven’t technically driven either yet, although we’ve driven the pre-facelift M8 Convertible and I’d bet my house there isn’t a single mechanical difference between the two. But we certainly haven’t driven the Mercedes-AMG SL-Class and likely won’t because Mercedes is quite stingy with its press fleet here in the US. So the only way to compare the two is to compare how they look. So let’s dig in. 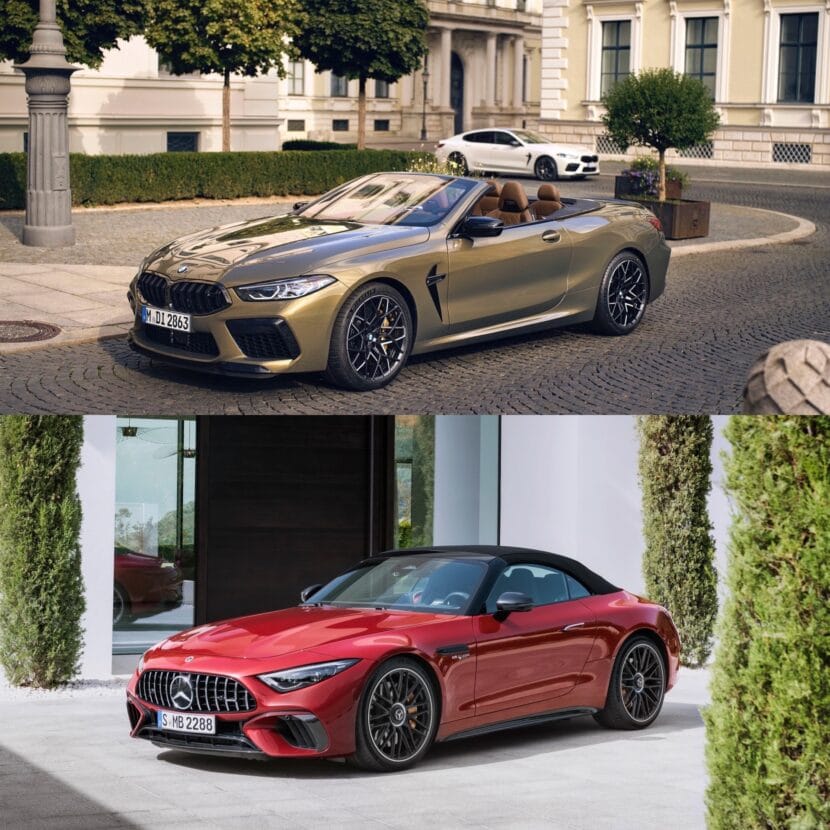 Maybe it’s because BMW has ruined the front end of so many cars recently but the BMW M8 is starting to look really smart up front. Its grille, which used to seem massive, looks appropriately sized and its design seems cohesive, rather than the tacked-on messes that are the grilles of the 4 Series, M3, and M4. The M8’s headlights are also sharp and aggressive, with slick laser lights inside them. However, the AMG SL-Class is a bit prettier up front.

The sleek headlights, slim but wide grille, the perfectly placed lines in the hood, and the low, wide stance of the front end all make it look incredibly special. The BMW M8 looks good but the SL looks great. It’s one of Mercedes’ prettiest designs in a while and it bests the M8 up front. 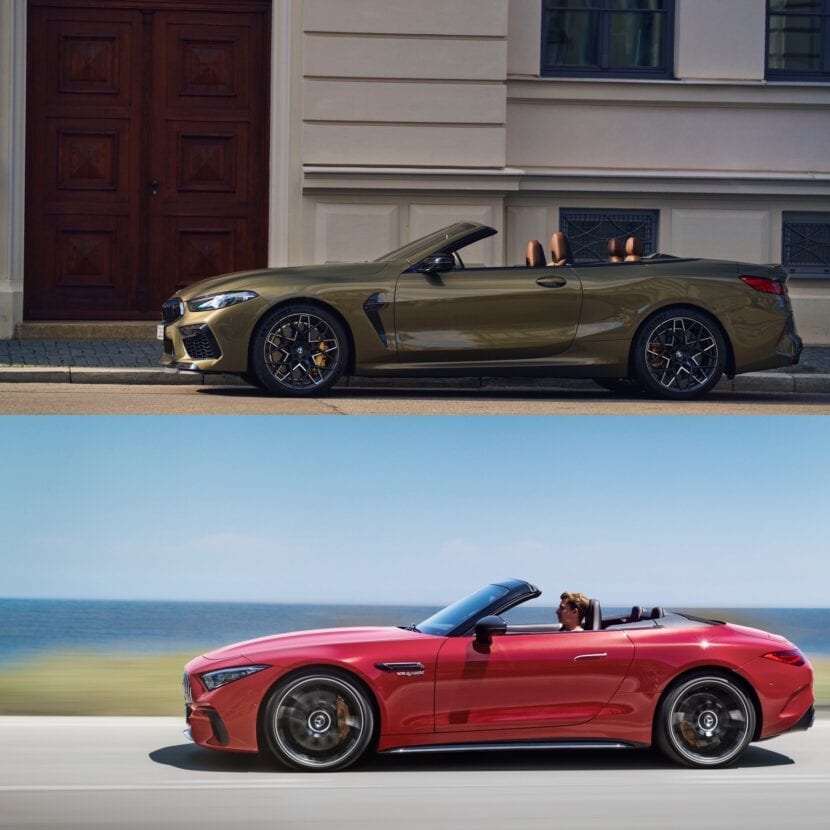 Again, both cars look great from the side. The Convertible is the worse looking version of the M8 but, with the roof down, it’s still a stunner. The Mercedes-AMG SL-Class is great looking from the side, too, but I think I’m gonna have to go BMW on this one.

The M8 Convertible is sleek, low, and smooth, while the AMG SL-Class has a bit of a bubble butt, when you look at it in profile. It’s still gorgeous, don’t get me wrong, but I actually like the BMW M8 Convertible a bit more from the side. It’s a small victory for the Bimmer but that’s a big deal for a car that’s quite a bit older than the AMG. 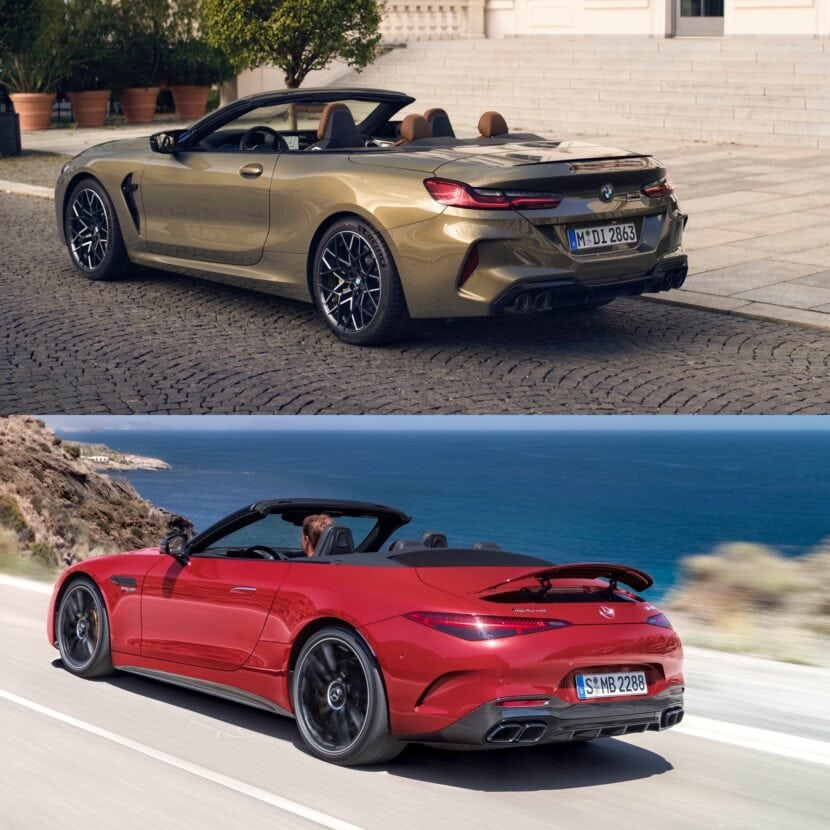 Neither cars have particularly good looking butts but which one is best? Again, I’m gonna have to go with the BMW M8 Convertible. Its taillights have some nice visual depth, the rear faux diffuser looks good, and its quad circular exhausts look extra sport. While the Mercedes-AMG SL is nice looking from behind, it suffers from the same droopiness that plagues many modern Mercedes rear ends. Plus, square exhausts just don’t look as good as circular ones. Fact. 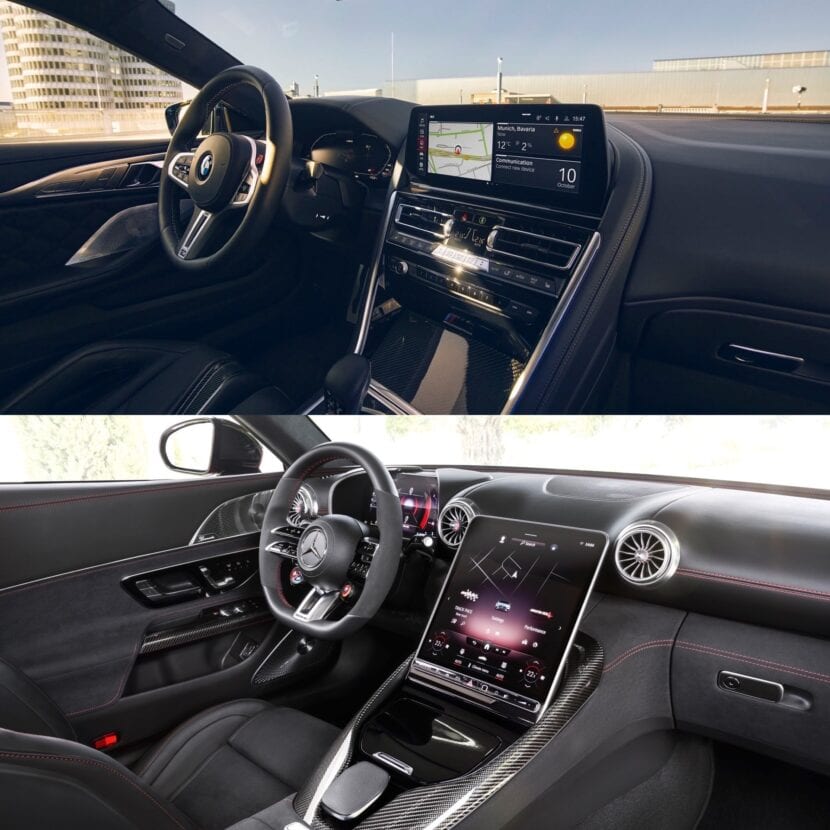 This one is a clear win for the AMG SL-Class. The AMG’s cabin isn’t perfect, as its gauge cluster is a bit fussy and its entirely touchscreen infotainment might be annoying, but it’s far more special and exciting than the M8 Convertible’s. The sportier steering wheel, turbine-style air vents, gorgeous metal work, and driver-focused nature all make it look far more interesting than the M8. While the M8’s cabin is nice looking, and extremely well built (probably better built than the AMG, if recent record is anything to go by), the AMG’s is just prettier, flat-out.

This one has to end in a tie. Both cars won two segments and that seems fair. They’re both great looking, extremely powerful, convertible GT cars that are made by performance divisions. Whichever car you choose, you’ll have a jaw-dropping GT car that you’ll almost certainly love. You honestly can’t go wrong with either.