Even though 2020 proved to be a lost year, just as the BMW Junior Team was starting to warm up, 2021 rolled by and proved that there’s a lot of potential in that team. Dan Harper, Max Hesse and Neil Verhagen performed admirably in 2021 and BMW put together a short clip for the trio, to showcase their achievements.

Back in June, the BMW Junior Team was allowed to race behind the wheel of a BMW M6 GT3 for the first time. After careful preparations and training, the youngsters took part in the 4-hour Nurburgring Endurance Series and actually managed to win it. This win actually allowed them to write history. The three racing drivers are now the youngest ever to win an endurance race at the Nurburgring. 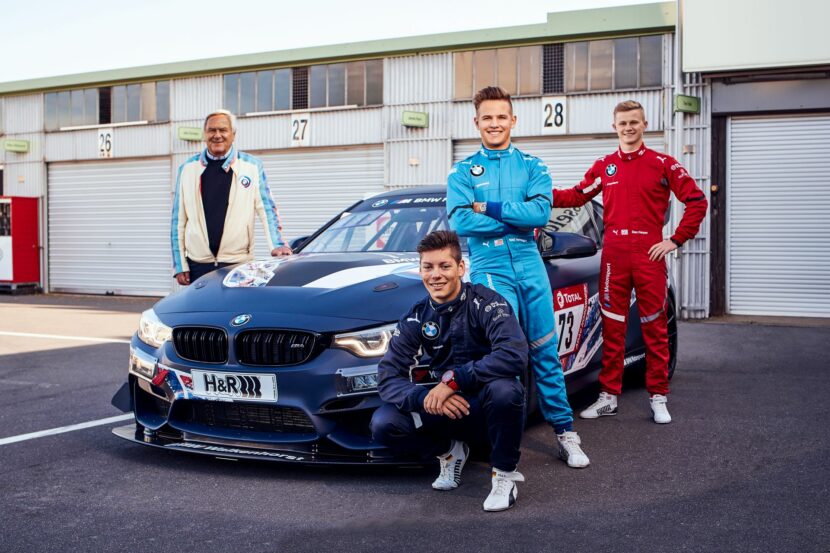 Just three months later, the three also managed to finish on the podium, on the same track, with the same car. This time though it was during a six-hour endurance race. . A great, error-free performance from all three drivers swiftly put the trio on course for the podium as they actually battled for another win. They also set the fastest race lap with the #44 BMW M6 GT3. Hesse, Harper and Verhagen finished second, crossing the line less than 20 seconds behind the victorious Manthey Porsche.

Two weeks later, it was proven that the Nurburgring was their preferred track and the youngsters claimed yet another podium. This time they qualified third and, even though they dropped to sixth after the first corner, they fought back. This third place finish would mark their third podium of the season, netting them a run in the 24-hour Sebring race, behind the wheel of the BMW M4 GT3. Unfortunately, this final outing wasn’t as successful, as the new racer had a couple of issues. Nevertheless, we’re excited to see what the three young drivers will bring to the table in 2022.