The BMW iX is only the second car developed by the Bavarian brand to be an electric model from the ground up. Following in the footsteps of the i3 might seem like a breeze, but the original electric hatch was and still is a bold model, with an innovative approach. The iX shares those attributes and comes with the best tech BMW has to offer today, at least according to this new review by What Car?.

Their test vehicle was a BMW iX xDrive40. That’s the least powerful version in the range, getting by with a total power output of up to 322 HP and 465 lb-ft of torque, coming from two electric motors (one for each axle). With this setup, the heavy EV SUV can still go pretty fast in a hurry, the 0-62 mph sprint requiring just 6.1 seconds. The range is estimated at 257 miles according to the WLTP testing cycle. 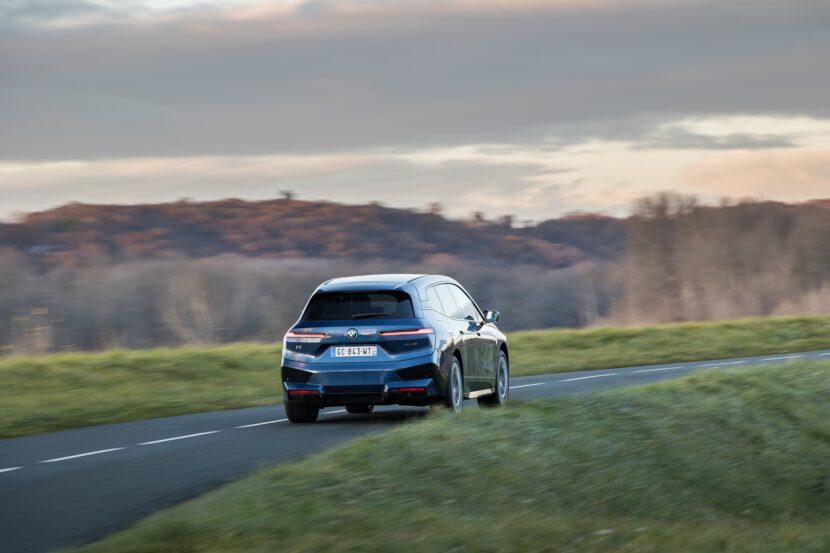 That’s due to the 71 kWh battery in the floor, which is considerably smaller than the one you’ll find on the xDrive50 model, which is over 100 kWh. The bigger brother also gets more power and a faster acceleration time but, most importantly, more range, at an estimated 380 miles. As for the driving bit, the xDrive40 M Sport is apparently less comfortable than two of its main rivals, the Audi e-Tron and Jaguar i-Pace, according to the review below.

However, if you get the adaptive air suspension, things completely change on the iX. Unfortunately, the xDrive40 doesn’t get it as standard and that’s why the ride in this particular test car felt a bit bumpy/rough. Another thing that’s noted as being good is the brake pedal feel, which is really consistent, smooth and allows you to adjust the power precisely. There’s a bigger issue with the car though, as reported by What Car? and that’s the range in cold weather. How much did they get? Well, check out the video below to see for yourself.