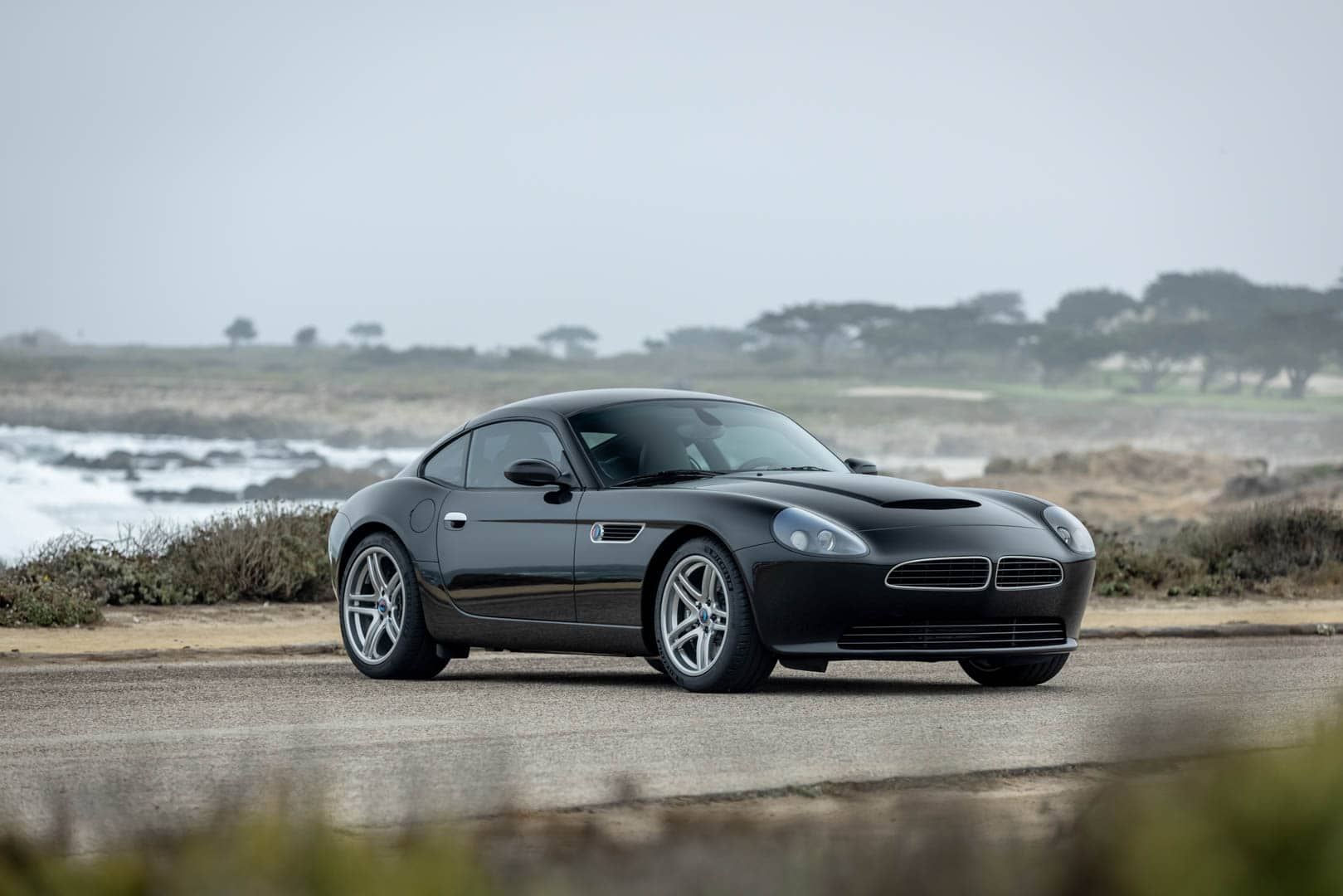 A while back, we learned of the Smit Oletha, a sort of greatest hits combination of BMW parts to create the perfect sports car. The Smit brothers out of California, both engineers in different fields, used their skills and their love for BMW to create a car that we all dream BMW would actually make. And Top Gear had the chance to actually drive it… lucky basta… fellows.

The spec list for the Oletha is drool-worthy. It starts out life as a first-gen BMW Z4 M Coupe, which isn’t the sexiest of starting points but it gets so, so much better from there. The Smit brothers then designed an entirely new body, made from carbon fiber, revamped the steering and suspension (two-way adjustable KW coilovers for the latter), gave it AP Racing brakes, a new limited-slip rear diff, and — most importantly, a new engine.

Rather than the old 3.2 liter inline-six from the Z4 M Coupe, the Smit brothers shoehorned in a V8 pulled from an E92 M3. However, they didn’t put the engine in stock. Instead, they modded the hell out of it, making it closer to the 4.4 liter naturally-aspirated V8 from the M3 GTS. So it now makes 450 horsepower and 340 lb-ft, all while revving to an astonishing 8,500 rpm. That engine, by the way is paired with a manual gearbox and only a manual gearbox.

It looks good, too. The Smit brothers designed its body, which is extra impressive, considering they are engineers and not designers. And yet it looks timeless; the Oletha could be sold both today and in the 1950s. You can tell they took inspiration from cars like the BMW 507 and the Z8. The latter of which most specifically, as the Oletha has a sort of Fisker-style design language.

The interior doesn’t feel much more special than the standard Z4’s did back in the day but, honestly, who cares when you have 450 horsepower, a six-speed manual, and looks like that? Top Gear’s Ollie Marriage is one lucky dude and I’m extremely jealous. The Oletha looks and sounds like a blast. [Source: Top Gear]