You would be forgiven for thinking this previous-generation BMW M3 is just a fairly regular F80 with original carbon fiber upgrades and some aftermarket wheels. However, a considerable amount of money has been poured into this sleeper build to extract Bugatti Veyron levels of power. Yes, the inline-six, 3.0-liter engine has been heavily modified to push out more than 1,000 hp without making changes to the seven-speed, dual-clutch automatic gearbox to handle the extra load.

Mainly specialized in F80s and S55 engines, British tuner Tom Wrigley Performance is the mastermind behind this wild project belonging to a client. His car might trick you into believing there’s nothing really special about it at a first glance, but pop the hood and you’ll begin to understand the engine is not quite stock, having received a pair of hybrid turbochargers among other tweaks.

Running on pump fuel, the engine delivers an already massive 820 horsepower, thus making it nearly twice as powerful as the standard M3. Switch to ethanol and it grows to a little over 1,000 horsepower – all sent to the rear wheels. It’s enough grunt to enable a half-mile trap speed of 185 mph (nearly 300 km/h). The modded powertrain with its port methanol injection is only part of the story as the car has been subjected to plenty of other modifications. 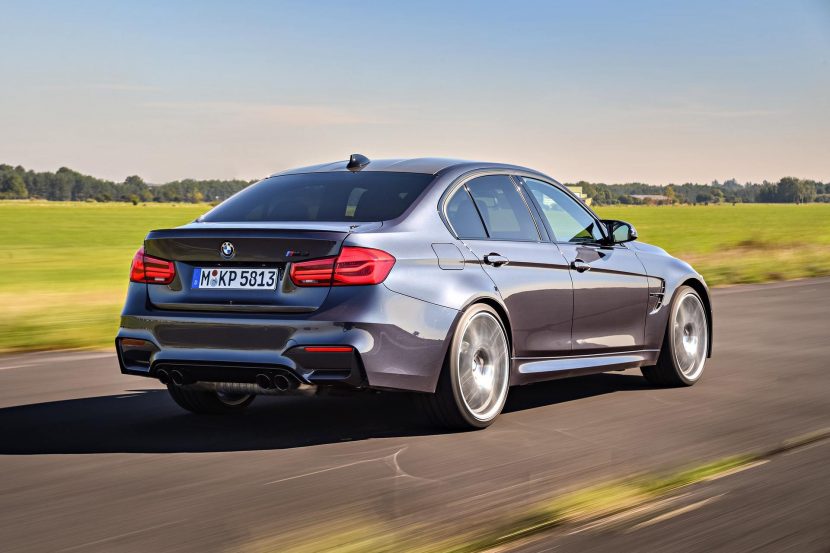 Tom Wrigley Performance went to town modifying the M3, fitting the high-performance sedan with an Öhlins suspension with bespoke spring rates, along with a Remus exhaust system, new clutches, larger radiators, and tailor-made driveshafts. Having far more oomph than the original M3 F80, the car was in need of some beefier brakes to provide the necessary stopping power. Therefore, it now boasts AP Racing brakes with orange calipers peeking from behind the ultra-light Signature wheels.

The interior has also been spruced up a bit with OEM carbon fiber bits and the body-hugging Competition seats without straying away from the standard appearance. While it doesn’t look all that different than a stock F80, you can immediately tell it has been modified just by hearing the somewhat unusual engine noise.

Despite having more power than most of us would ever conceive in an M3 F80, the car remains seemingly civilized when driven without pushing it too hard. With massive loads of low-end torque, it pulls like a train, albeit an inexperienced driver would likely be intimidated by the monster sedan given the two-wheel-drive layout.