Some of us are longing for the good ol’ days of naturally aspirated engines while others just want the extra power provided by forced induction. Case in point, this BMW M5 from the E39 era is hiding a secret under its bulging hood with quad air vents to cool down the engine. It still has the 4.9-liter V8, but now with a supercharger from Evolve Automotive.

The extra hardware has infused new life into the old sports sedan by lifting output from the series 400 horsepower and 369 pound-feet (500 Newton-meters) of torque to a substantial 600 hp and 516 lb-ft (700 Nm). Numbers aside, this M5 now sounds absolutely marvelous throughout the entire rpm bandwidth and we’d honestly have a big problem maintaining the speed limit as the car seems to be constantly begging for more.

For a vehicle built some 20 years ago, the acceleration is nothing short of amazing, with the supercharger allowing the old M car to cover the 62 to 124 mph (100 to 200 km/h) sprint in 8.82 seconds. The driver took it to the Autobahn on an unrestricted section to really stretch the M5’s legs and push it all the way up to nearly 186 mph (300 km/h). 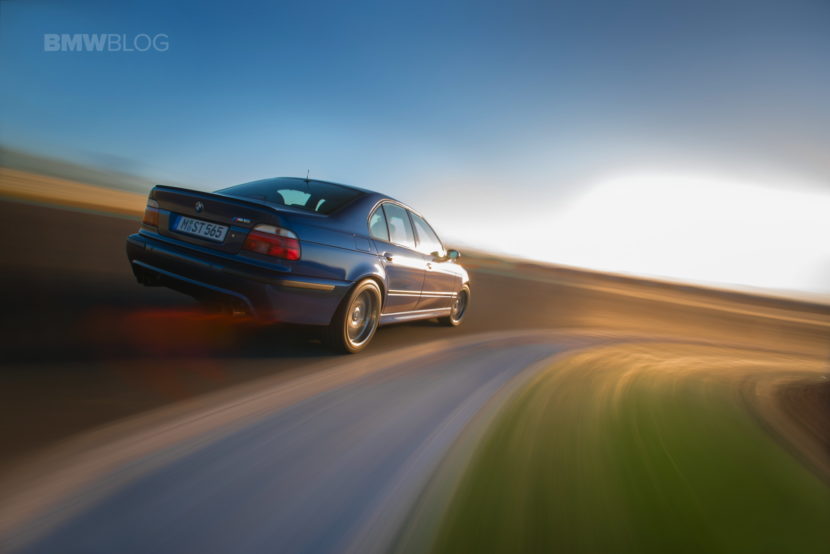 The modified S62 engine pulls strongly even at speeds well above 124 mph (200 km/h) and despite the fact it has quite a few kilometers considering the odometer shows nearly 290,000 km (180,200 miles). As great as it sounds on the inside, it’s even better if you’re outside to properly hear the supercharger whine of the tastefully modified M5 E39.

Aside from no longer being naturally aspirated, the BMW has also received Bilstein coilovers and a custom manifold from Supersprint, while the limited-slip differential is a product of OS Giken. By the looks of it, this M5 with Dutch plates has been well taken care of over the last couple of decades since it appears to be in excellent condition both inside and out. The red and black cabin is a thing of beauty and it’s almost impossible to find something to criticize about this lovely E39.