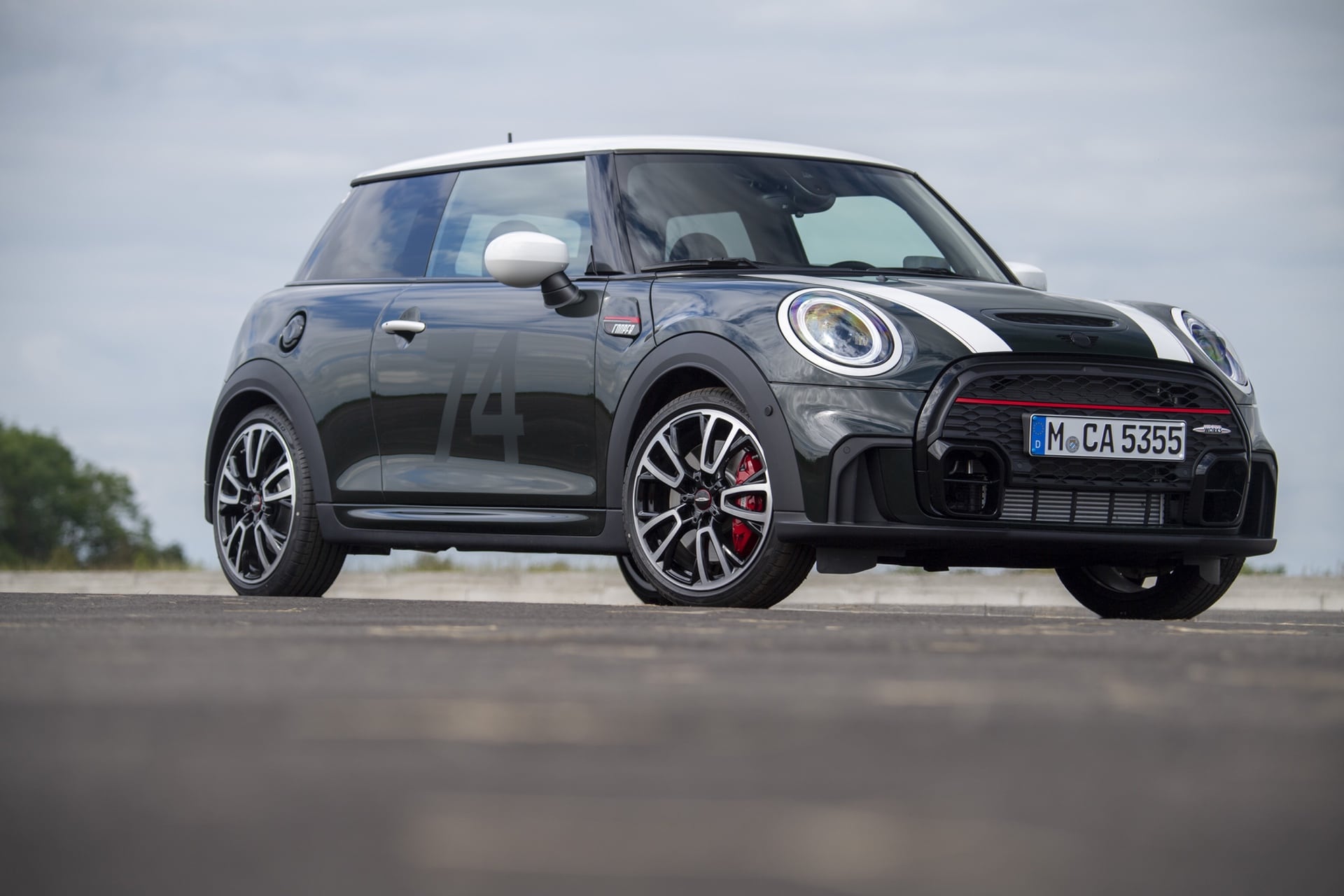 Born 98 years ago, the John Cooper name is not only associated with great successes in Formula One, but also with the particularly sporty models of the MINI brand. 60 years ago, John Cooper laid the groundwork for a legendary race victory in the classic Mini. He was just 23 years old when he and his father Charles founded the Cooper Car Company in 1946, which soon developed and built successful Formula 3 and Formula 2 racing cars. 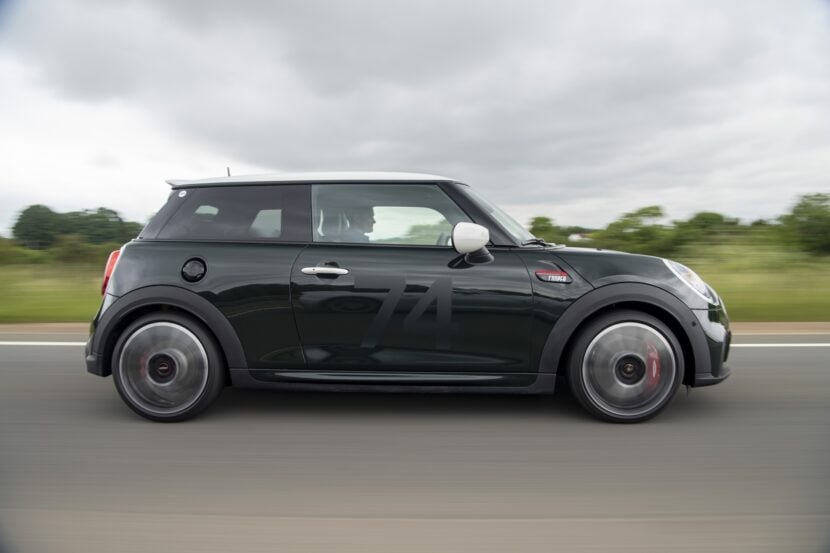 To celebrate the anniversary of this achievement, the British premium brand presents a special edition MINI CooperJCW  3-door. The MINI Anniversary Edition is an homage to John Cooper and is a special series with a limited volume of 15 units available in Brazil. The cars are imported directly from the Oxford plant, in England. There are two dark colors to choose from as the base color: Rebel Green and Midnight Black metallic. Next, the Editions accents are presented in a similar way in both cases: the roof, mirror caps, door handles and the surrounds of the rear lights and headlights are set off in white, while the the tank cap and the logo are in high-gloss piano black. The white stripes on the bonnet contain a subtle red line. 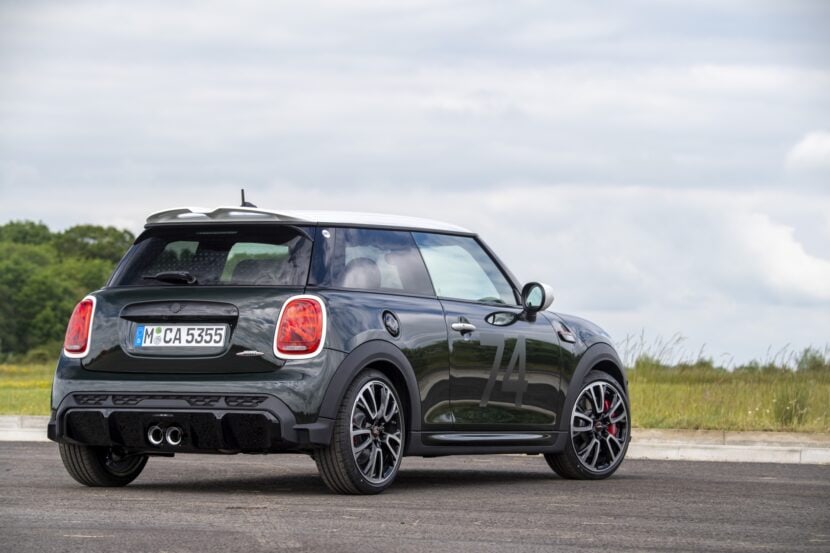 In addition, the number 74 is emblazoned on the doors and the bonnet in matte black. The 74 was the starting number of the first MINI Cooper winning car. Another highlight can be found on the door frame which bears an emblem with the signature of John Cooper, a numbered identifier with reference to the limited special edition and the slogan “60 YEARS OF MINI COOPER – THE UNEXPECTED UNDERDOG”.” The “COOPER” logo can be found on the door sill trims, on the side hatches, on the C-pillars and in the center of the Nappa leather sports steering wheel. The interior includes John Cooper Works sports seats finished in Carbon Black / Leather / Alcantara, stainless steel pedals and high-gloss Piano Black interior trim. 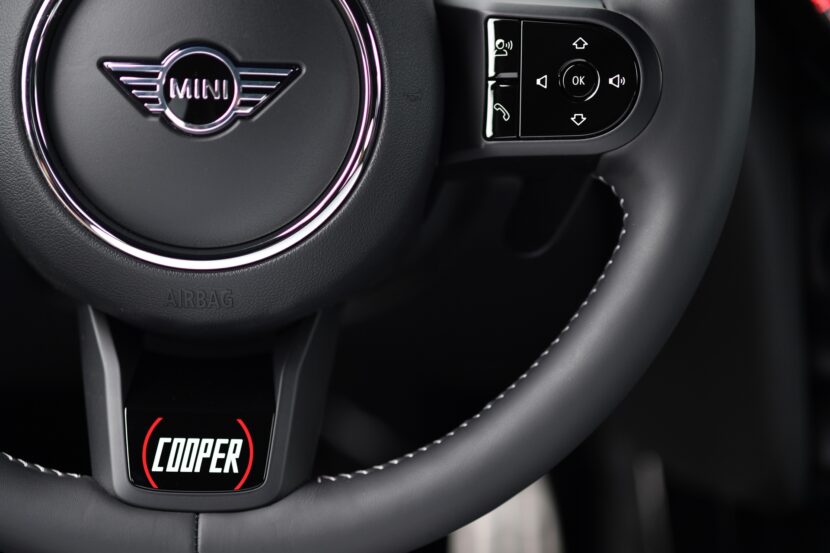 Under the hood, the limited edition uses a 2.0 liter four-cylinder engine with MINI TwinPower Turbo technology, developed with the racing expertise of John Cooper Works, which delivers a maximum power of 231 hp and maximum torque starting at 5,200 rpm, with torque 320Nm plane between 1,450 and 4,800 revolutions. With the 8-speed Steptronic Sport transmission, the 100km/h mark is reached in just 6.1 seconds. 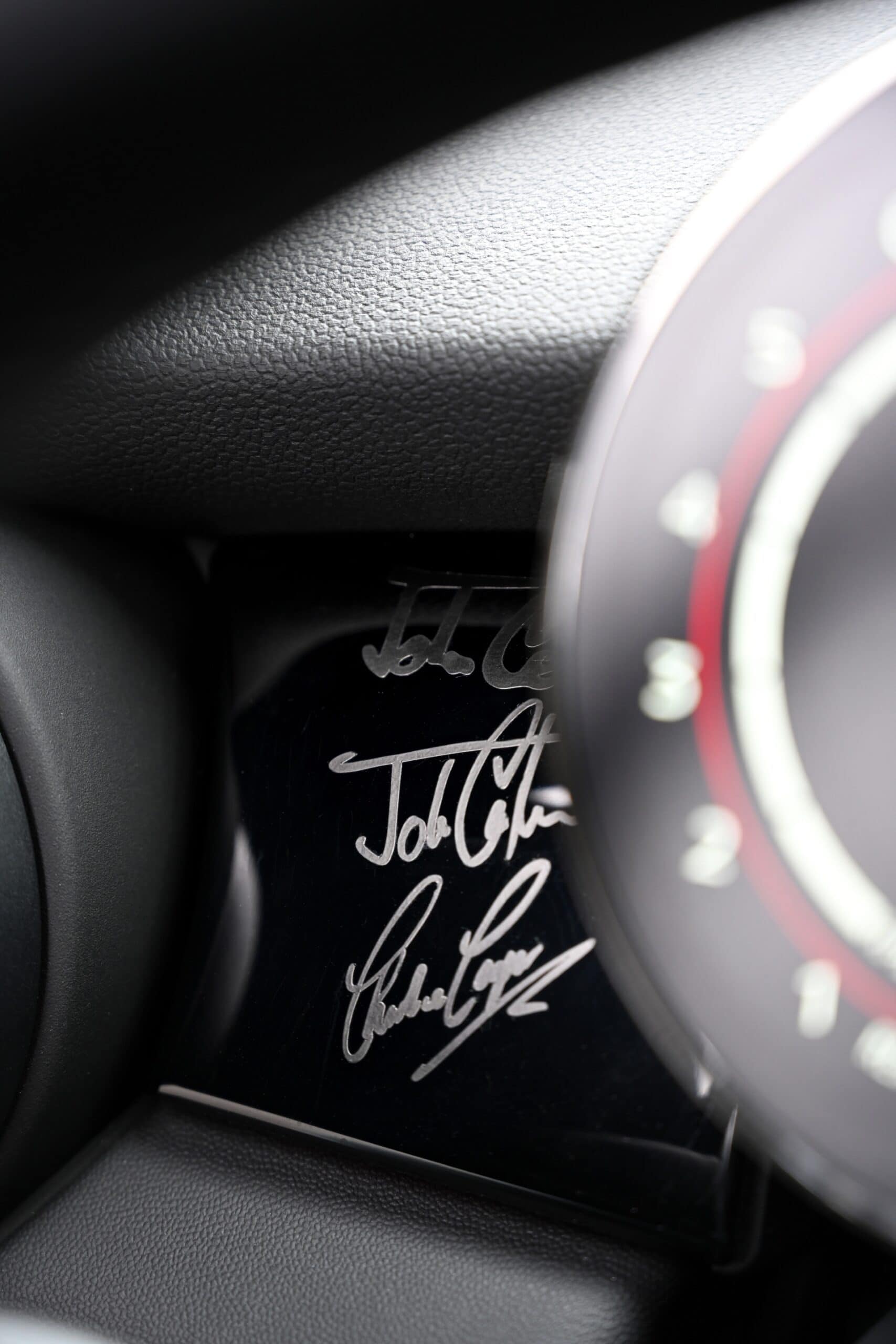 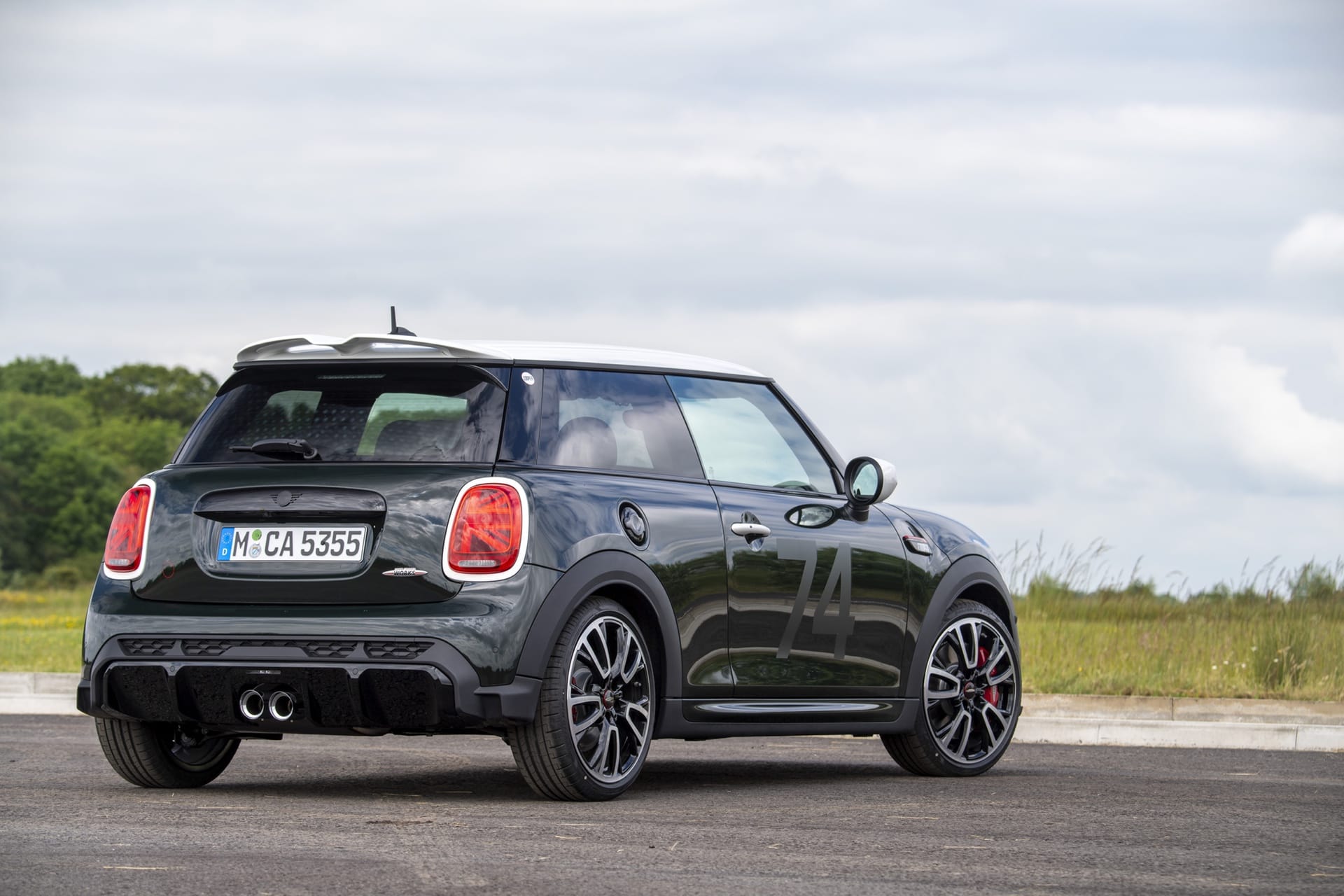 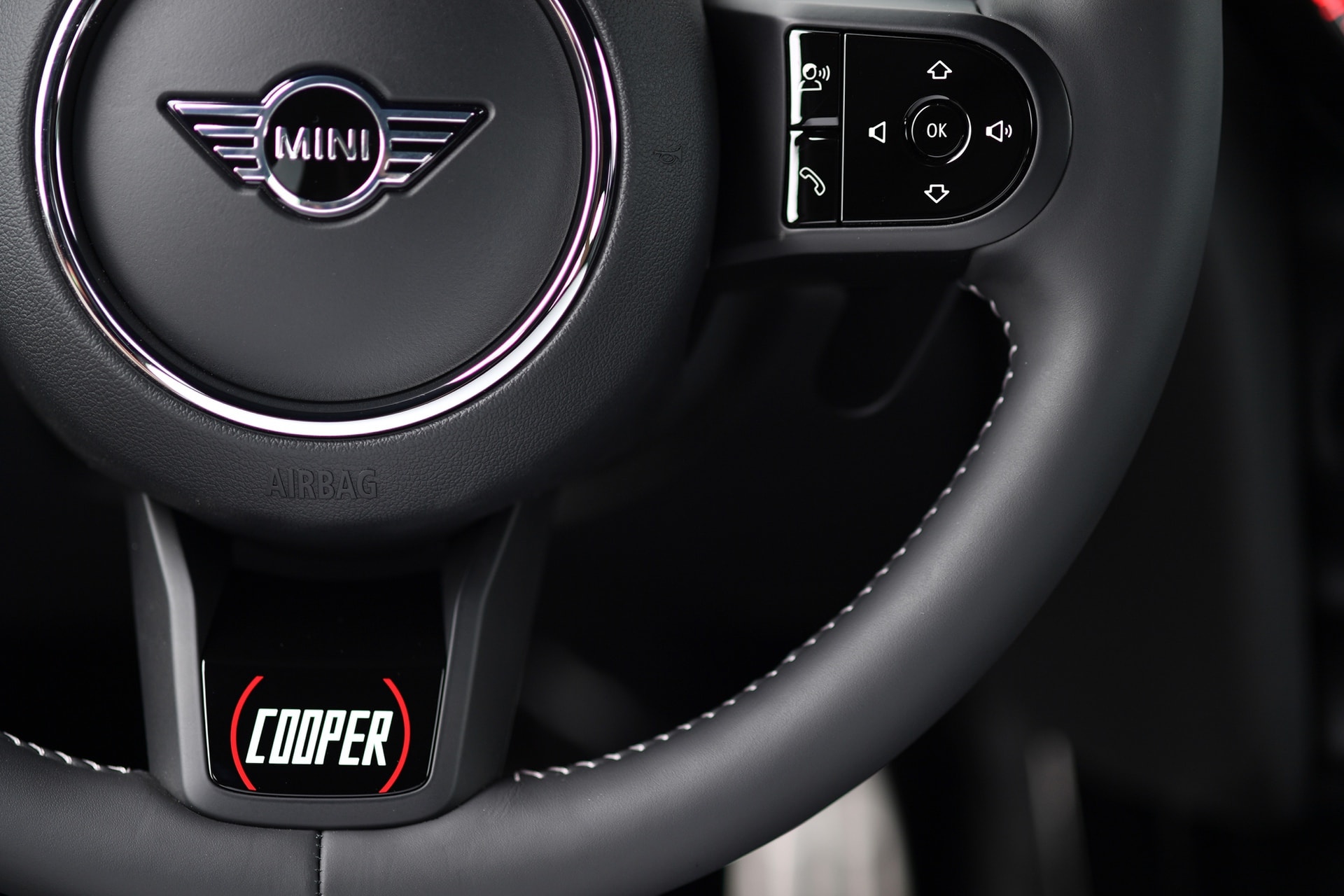