If you’ve read the headline before clicking on the article, you have probably figured out by now the next The Grand Tour special is all about France and its cars. Then why are they blowing up a BMW 5 Series Touring at the 0:43 mark? Your guess is as good as ours, but we’ll find out on December 17 when Carnage A Trois launches on Amazon Prime.

Having seen the old Top Gear series as well as the newer The Grand Tour specials, the boys must be up to something. Hardly an accident, the flaming E61 appears to be the only non-French car in the trailer released today, and there must be an explanation – not necessarily logical – as to why it was included in an episode all about quirky coupes, hatchbacks, and minivans from yesteryear built in the Western European country.

Although we’re sad to see the long-roof 5er engulfed in flames, at least we can take comfort from knowing it’s not an M5 Touring. BMW made only 1,009 examples, so it would be quite a waste to destroy such a rare car for the sake of entertainment. 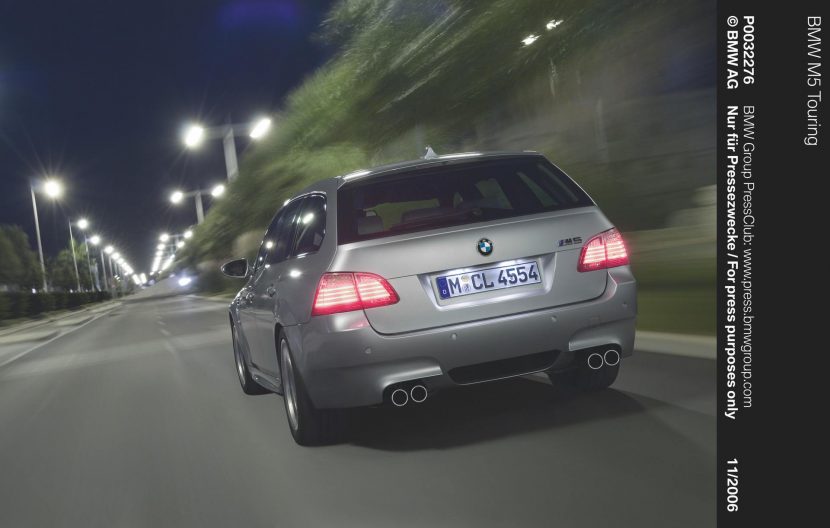 The M5 Touring E61 and the even rarer M5 Touring E34 are currently the only BMW M wagon production models ever made, but that will change next year with the hotly anticipated launch of the M3 Touring. Logic tells us it will be assembled in considerably bigger numbers, even though it won’t be coming to the United States, nor will it be sold with a manual gearbox or a rear-wheel-drive layout.

Carnage A Trois sends out a strong Top Gear vibe as it features plenty of cars, particularly Citroëns. Speaking of which, it has recently come to our attention the French automaker has reportedly allowed BMW to use the XM moniker for the upcoming plug-in hybrid SUV rumored to make around 750 horsepower.

Meanwhile, we will certainly check out the new Grand Tour special to find out the story behind the detonated 5 Series Touring.