Tuning a diesel engine in this day and age when more and more people are switching to hybrids and EVs might seem a bit old-fashioned, but some people are still showing some love to the much-criticized oil burner. Take for example UK-based tuning shop EcoMax Tuning as it has worked its magic on a client’s diesel BMW, specifically a previous-generation 4 Series Coupe.

They started off with the 435d, which was already the most potent diesel version of the F32 thanks to its twin-turbo, straight-six engine. In stock form, it produced 308 horsepower and 465 pound-feet (630 Newton-meters) of torque, but the aftermarket specialist managed to extract around 420 hp and 590 lb-ft (800 Nm) while retaining the original pair of turbochargers.

As with most diesel-based tuning projects from Europe we’ve looked at recently, the particulate filter has been removed and the performance coupe now has a quad exhaust to mimic the M4 look. To cope with the N57’s extra oomph, the eight-speed automatic transmission developed by ZF has been remapped and further customized to deliver ample power across a wider rpm range. 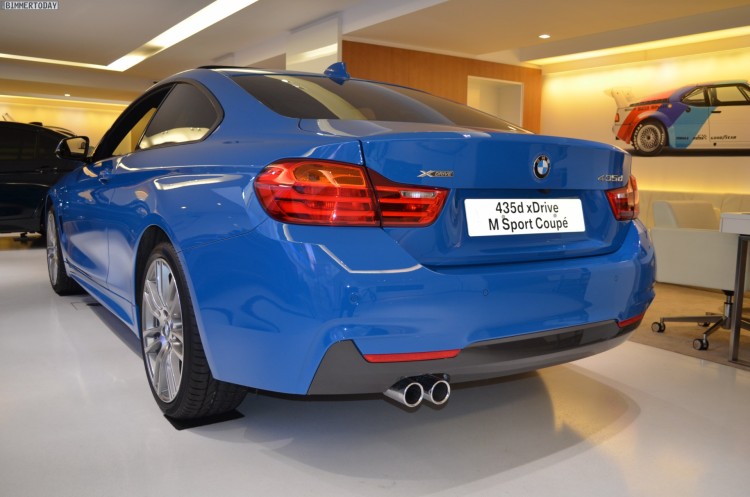 With the uprated hardware and new software, the BMW 435d managed to complete the quarter mile in 12.3 seconds, which is roughly the same as the latest M4. We’d argue it’s an impressive feat considering it’s still very much a diesel engine at the end of the day. The xDrive and modded gearbox efficiently put the power to the road, enabling a 0 to 60 mph run in just 3.6 seconds with launch control activated.

The changes made to the sports coupe go beyond the powertrain as it also received a more aggressive body kit with a trunk lid spoiler, a lowered sports suspension, as well as new 19-inch wheels and tinted taillights. The engine cover alone took hours to customize and it now shows the exact dyno figures: 424 hp and 803 Nm (592 lb-ft). Beyond the extra punch provided by the stage 2 kit and the meaner look, we’d wager the 435d also doesn’t sound half bad for a diesel.