We tested the best coffee mugs for your BMW – VIDEO

Home » We tested the best coffee mugs for your BMW – VIDEO

The best coffee mug for your BMW should be an easy one to answer. Unfortunately, the Ultimate Driving Machine does not necessarily mean a BMW comes with a decent cup holder. For years, the Germans did not believe in drinking or eating should be done during motoring. A Big Gulp from McDonald’s in a BMW? Heresy. In fact, in the 1990s BMWs frequently got dinged by reviews such as J.D. Power for having not having cup holders. 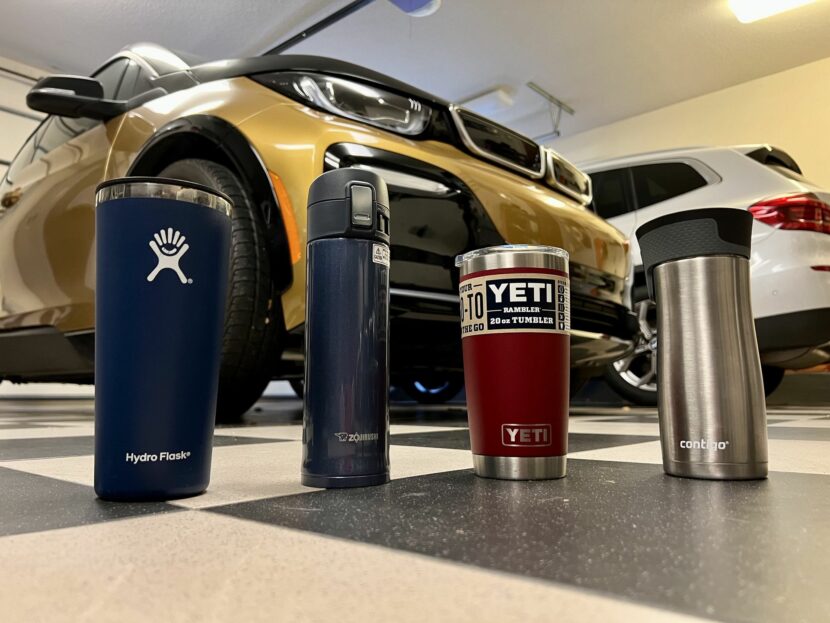 Most modern BMWs now have great cup holders, but it was not always this way. In this article, we are going to show you the best travel coffee cup for your particular BMW.  We chose the four most highly rated coffee mugs as well as one from Starbucks and two from German car companies. To test their performance, we filled each cup with 185F water and used thermal imaging. Finally, we measured the temperature of the liquid again after one hour. The results are in the table below. 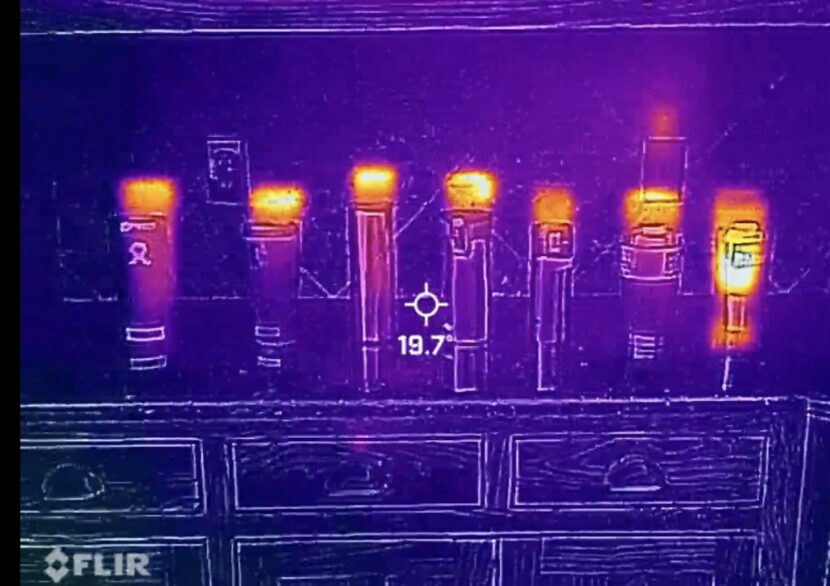 These guys make some of the best coolers in the world and it’s no surprise that they also make a great coffee mug. It is made of double walled steel insulated and comes with a clear lid that wedges down in the opening. It also has a drink spout that closes. The open/close function gives a nice reassuring click. This coffee mug feels like it’s a tank and weighs in the heaviest at 391 gm. We purchased the Yeti Rambler 20 oz for $29.98.

This insulated coffee mug wins a lot of comparisons. Like the other top ones, it has a double walled insulated sides mug and a slick screw-on lid that allows your fingers to depress a button that opens up to allow you to dring. When you release, the spring inside the lid closes the small door on the lid. On the negative, it’s difficult to judge the amount of coffee that will come flying out, so you quickly learn to be super careful. Inside the lid, you do see the spring and it has been holding up well for the past few months of use. At $19.99 off Amazon, it’s a veritable bargain.

This coffee mug is another frequent winner of comparisons. It really is almost more thermos-like with a lid that springs up with a push of your thumb. This is in the exact opposite location of the Contigo. I find it actually easier to open than the Contigo as my thumb naturally hits it when I pick it up versus the Contigo where I have rotate my grip a bit to line up my fingers with the button. It appears odd to drink from it initially, but actually works quite well despite the button remaining at the 6 o’clock position when you drink. This was the winner of the thermal competition having 162F temp after 1 hour.  $23.99 from Amazon.

This is a solid feeling coffee mug and the only one without a sealable lid. If spilling is a concern of yours, I’d pass on this one. What I like about this one is that it is very easy to drink a lot of coffee fast out of it as you are not opening-closing the lid each time. For having a constant opening, albeit small, it holds the temp well. I used this one on our trip to Mount Rushmore in our 2021 BMW X3 plug-in hybrid and it didn’t disappoint. $29.95 from Amazon.

It seems to me most of my Starbucks travel mugs have been impulse buys, but they actually work quite well. They run about $25 and are also double-walled steel sides. The lids have changed over the years and the current one seems like a small trap door that drops down to open up. Pretty slick! It is consistently narrow which helps in older BMWs who have narrow cup holders. $25 at Starbucks or Amazon.

These run anywhere from $18 to $23, depending on capacity. I have tried many of them over the years and none them keep coffee warm for very long compared to the others in the list above. Though as you would expect, they do tend to fit well in a BMW cup holder and do look great.  Style over substance as Paul Hollywood would say. 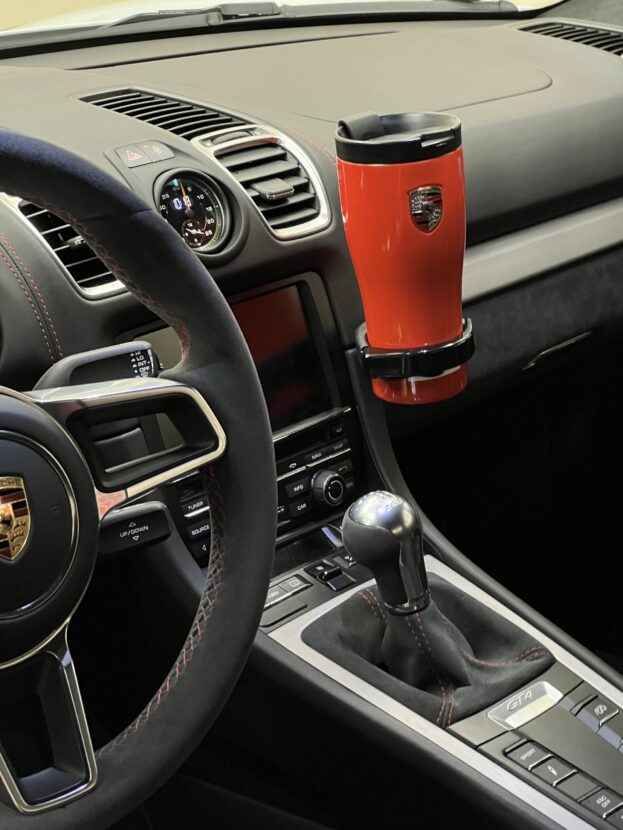 This is the outlier here. I included this one to show you that yes, an OEM coffee mug can be excellent. The Porsche mug seals nicely, won’t spill if inverted (see why below), and keeps the coffee warm for long periods of time. The downside here is that it is the most expensive one in the test at $50. Though, if you do have a Porsche, I think it is a must. Modern Porsche car’s cup holders still suck and most are affectionately called “coffee flingers” by their owners. They do hold a Starbucks cup but you better make sure you don’t drive hard or it will come flying out.

The best coffee mug for older BMW cars is the Zojirushi as its slender nature fits in older style BMW cup holders and held the liquid the hottest and the longest. Best overall cup for newer BMW models is the Yeti. This tank of a coffee mug is incredibly durable and feels like it will last forever. The sealable lid is easy to flick open and closed while driving and it fits well in any new BMW cup holder.

Here is a video comparison of all these coffee mugs and how they fit in BMW cars: 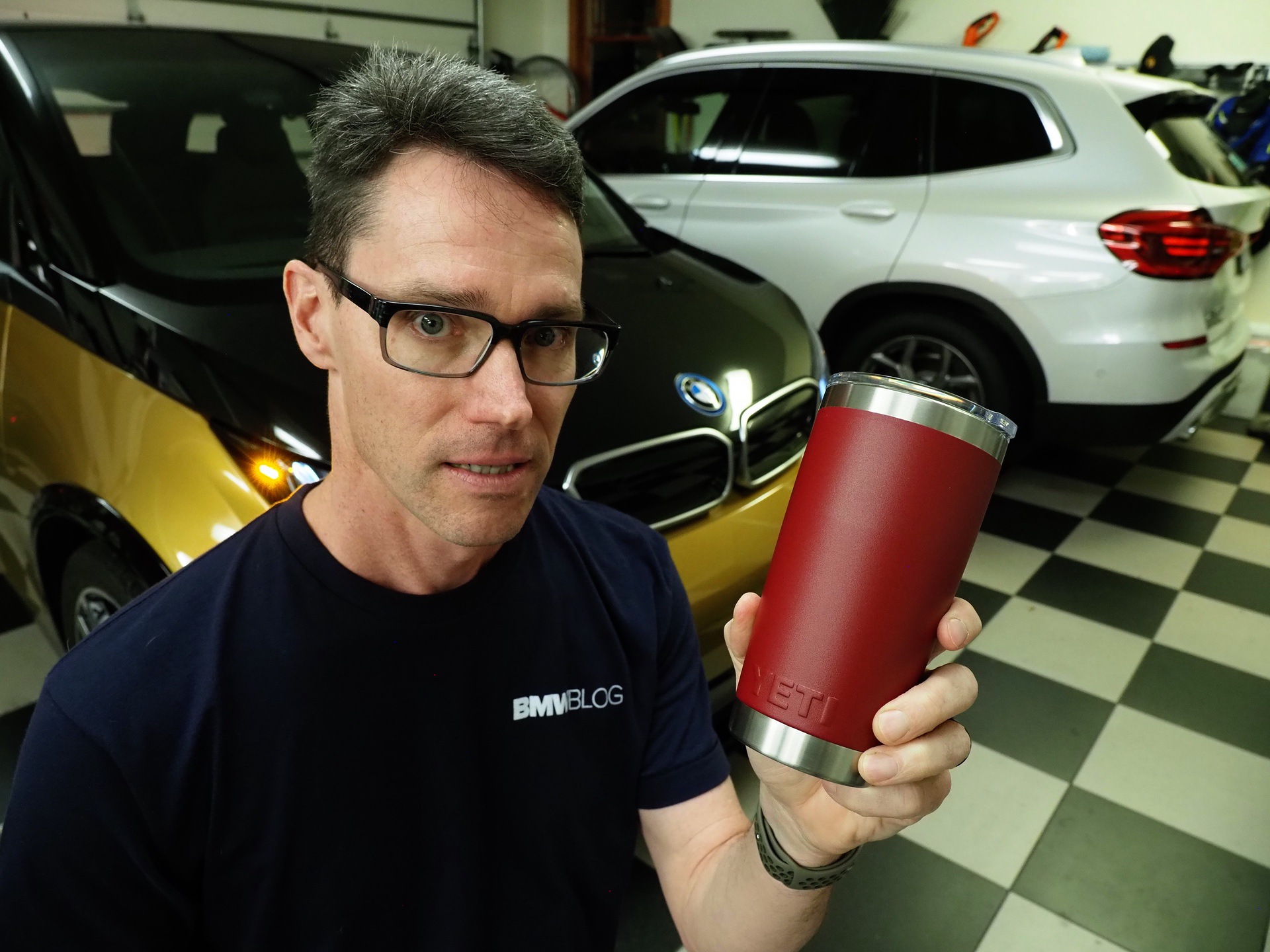 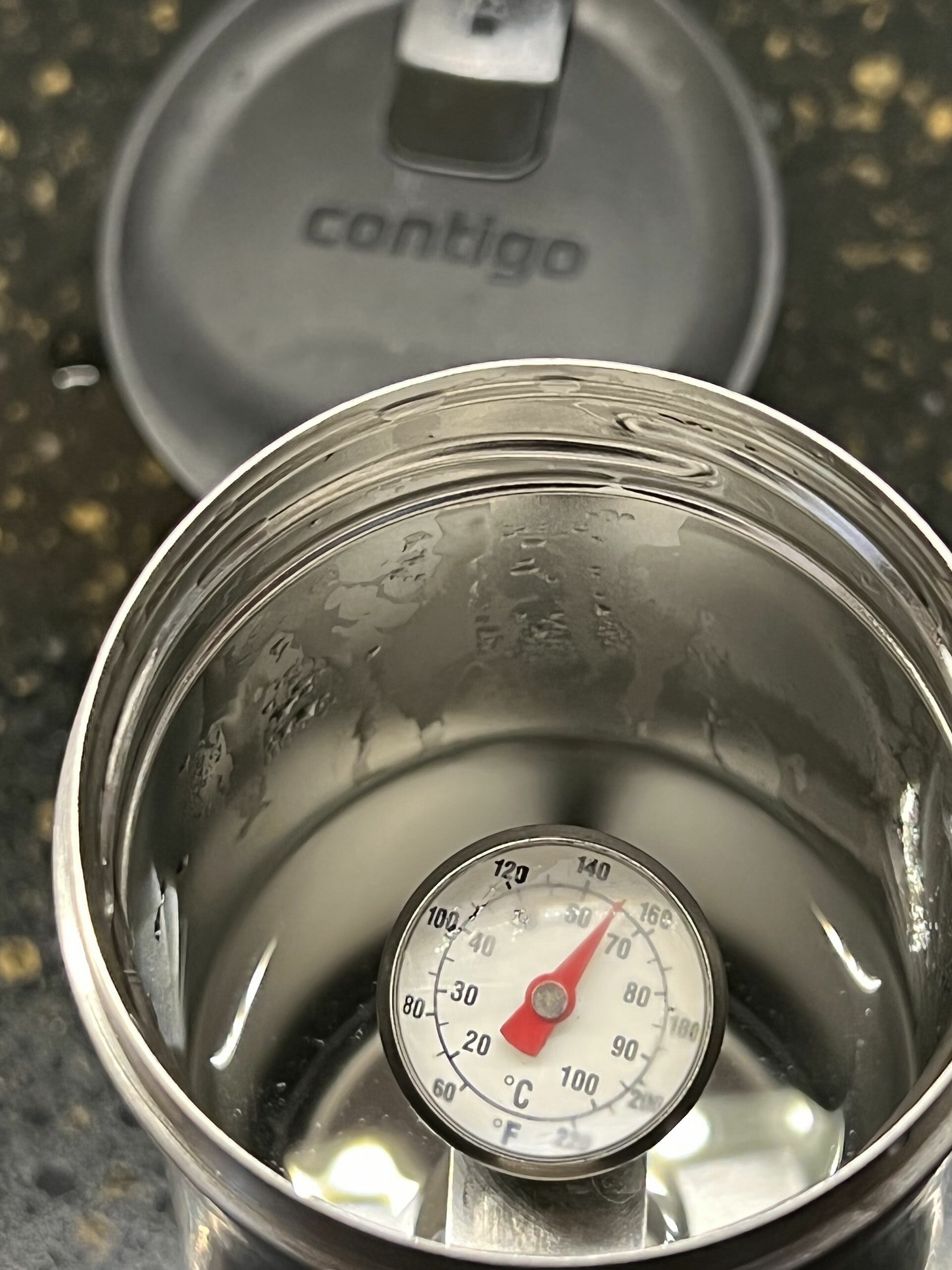 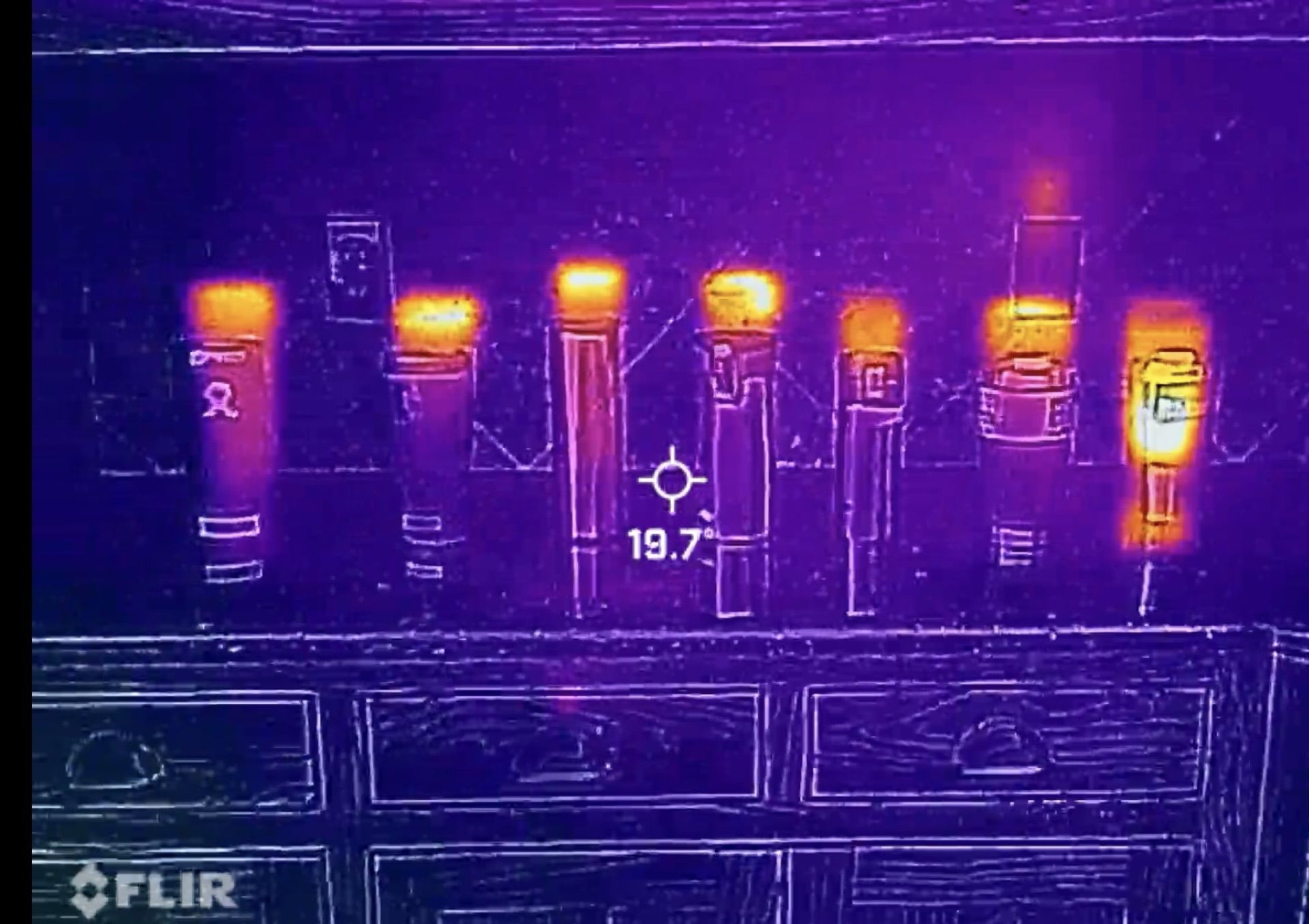 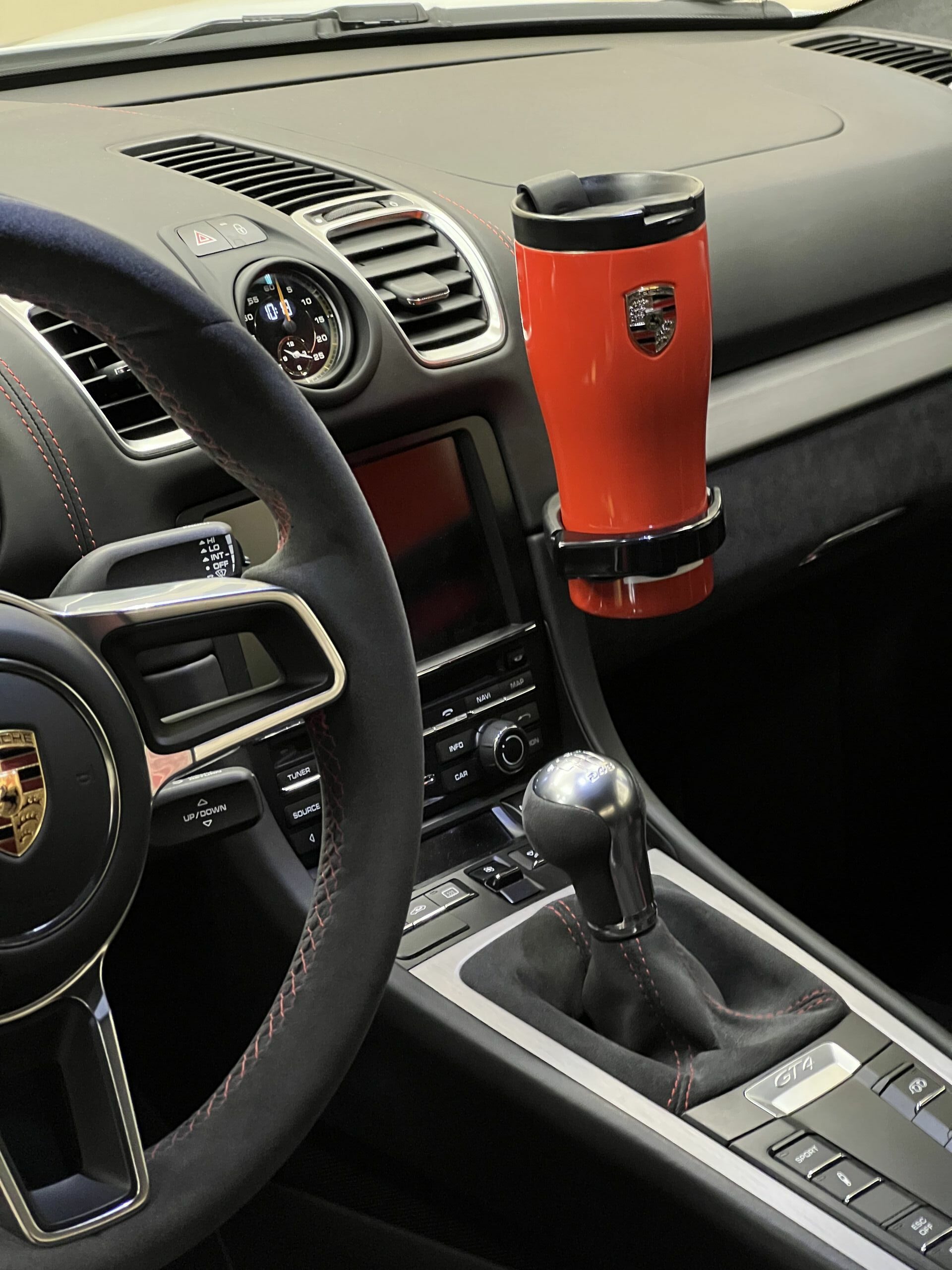