Interview with Adrian Van Hooydonk: “We want our products to have a strong character”

Home » Interview with Adrian Van Hooydonk: “We want our products to have a strong character” 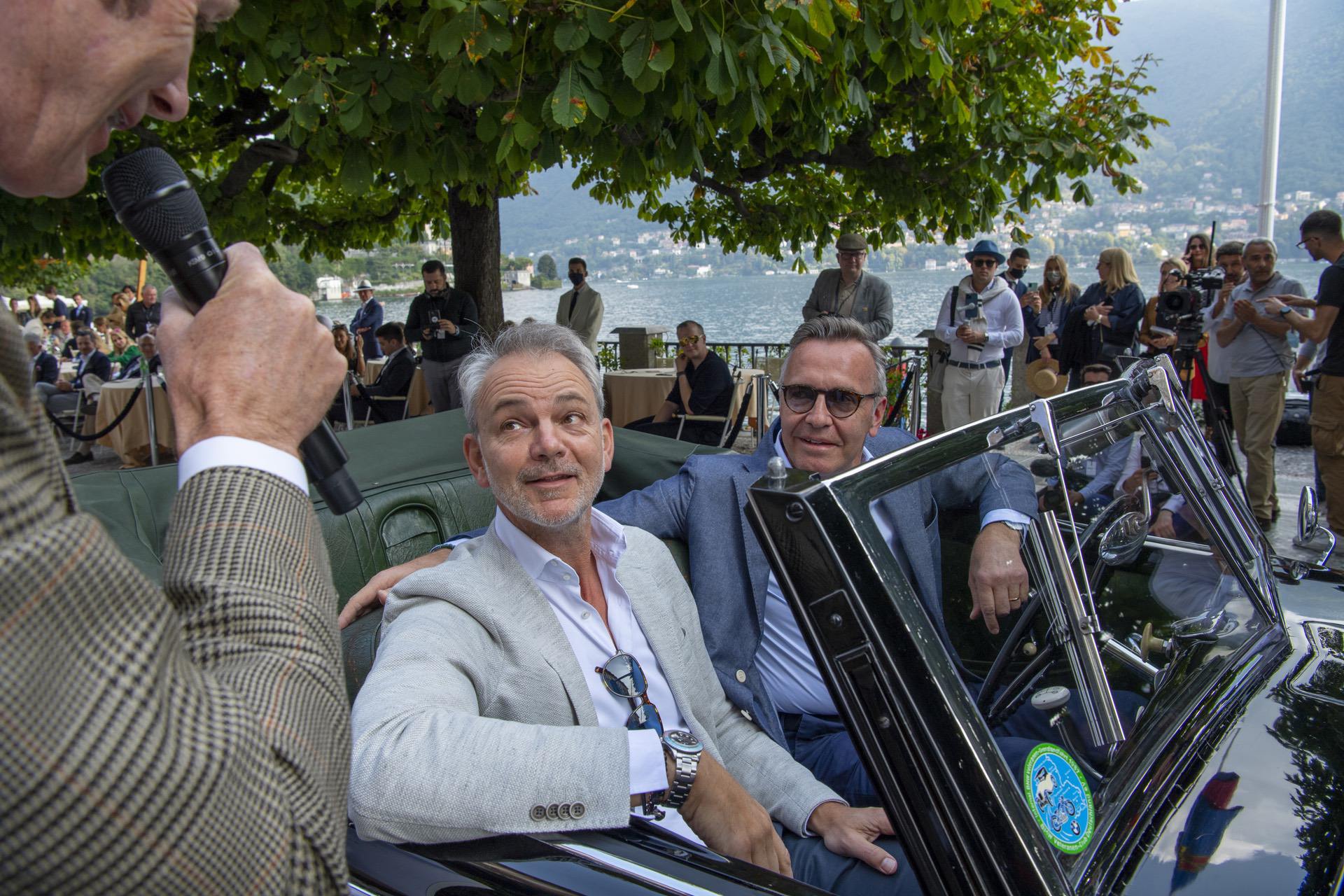 On the shores of Lake Como, we sat down for an exclusive interview with Adrian Van Hooydonk, the BMW Group Vice President of Design. Hailing from the Netherlands, Van Hooydonk is known as an interdisciplinary and visionary thinker with a highly developed business sense. He has a commanding and stylish presence, but his basic attitude is one of candor. In the industry Adrian van Hooydonk has made a name for himself as a design manager, and his visions are considered groundbreaking. 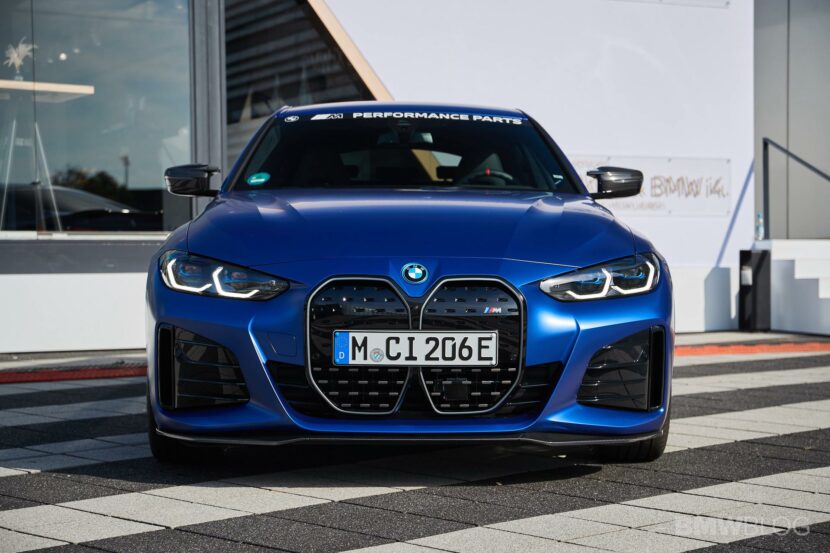 Of course, his latest designs have come under fire by the general public and media, so we wanted to learn more about the new design direction at BMW Group. “I would say we are in a constant transformation because the speed of change in terms of technology has picked up dramatically,” Van Hooydonk told us. “So we feel that our speed of change and design needs to grow accordingly. We are now in a period where we want to make a form language that has fewer and reduced lines. The lines that we do have should be super sharp that and meaningful and we try to actually express a character stronger character with fewer elements.”

That technique has already been seen on the BMW iX, for example, which comes with simplified shapes, yet more technical and impressive in looks. And of course, with the largest grille on any BMW. “We want each of our products to have a stronger character of its own because each of our products has different competitors, and it needs to then fend off,” the BMW design chief says. 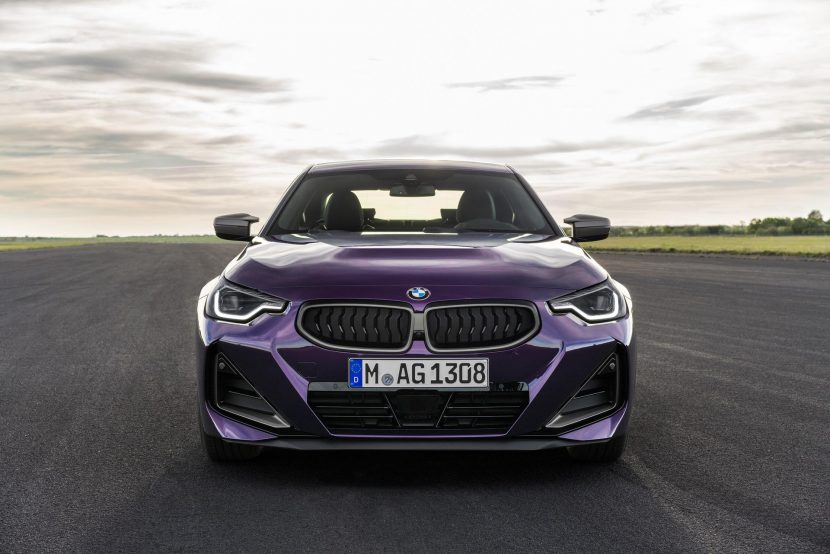 “So for example, the 2 Series Coupe we just launched. That was a deliberate choice to go to single headlamps, single tail and a little bit going back to the BMW 2002. We felt that that car’s character should be like that. Then, of course, for the major lineup we have double round headlamps, but it’s all evolving.”

But what about the elephant in the room? The oversized kidney grilles. We want to spread it out a little bit more: vertical kidneys on some cars, horizontal on others. We want our customers to be able to recognize the BMW in the rearview mirror, not just as a BMW but also, after a while they know what BMW that is.”

What Will The Future Bring

We asked Van Hooydonk what the future might bring, considering that the new 4 Series or iX designs are already a few years old in terms of their development. For example, the sketching phase of the iX electric SUV started nearly six years ago.

“We are now working on on cars for 2025 and beyond. And [the design] will continue to evolve. We want to keep these strong characters. And, yeah, the brands I think will develop faster now. With BMW i, we started a cleaner form language for the electric cars and now that electric is going to be part of the core of the brand, of course, you’ll see that the design of the i products will begin to influence the core of the brand so it’s going to be a cleaner look.” 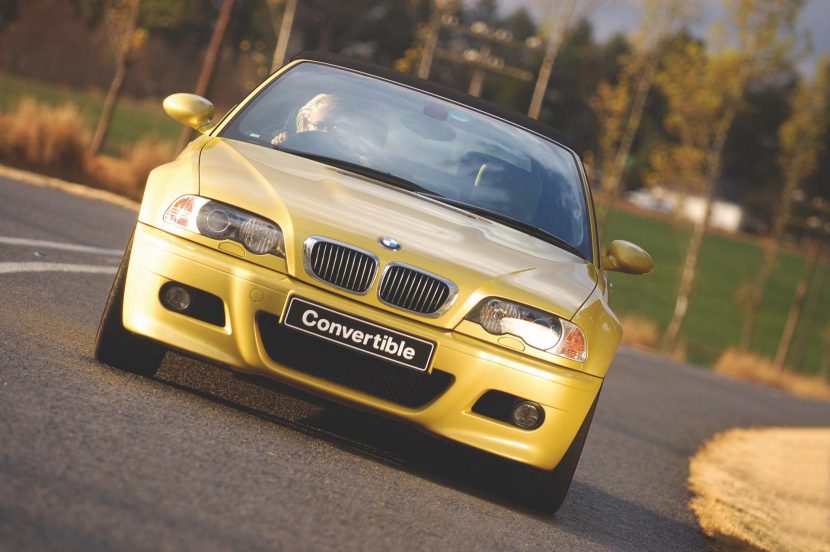 Criticism is part of the job description for any car designer. Naturally, the social media feedback has been overwhelming since the new design language has been unveiled. So can BMW please everyone?

“I think each of our cars needs to be continuously developed. 3 Series I would say is a benchmark in this category, the X5 and 5 Series too, as and has been so for for many generations. You can only achieve that by continuously changing it. You cannot achieve it by standing still. There will be people that say: Well, I love the 3 Series from three generations back as one, but the fact of the matter is the product like the 3 Series has found more and more customers with each generation. So I think you do have to keep moving, as a brand, with all your products.”

“And we don’t want to do retro design. Probably the 2 Series that’s as far retro as we would want to go. I don’t think it is retro design, but let’s say, the single headlamps that is then a reference to the 2002 without doing retro.”

“When you look especially also online, your audience, then they love cars like the E46. I was at the company already when we designed that car, also a very successful car. But you know it’s not the car to me where I would say that’s where the BMW design began for me, but for that generation, it was the first BMW 3 Series that they saw that they knew, and that’s that’s where time begins for that benchmark.”

“And that will never change and you see that also here [at Concorso d’Eleganza], or with with classic car prices. People tend to collect the car that they saw when they were kids. And later, when they can afford it, they want to have it. And that won’t change. So you see now that classic cars from the 80s from the 90s, you begin to see them here [at Villa d’Este]. So that will evolve and so that generation that saw these cars for the first time in the 90s, I know they are very young, that’s what they want. And yes, of course, they know how to give the feedback.”

The social media and online mediums have certainly enabled that direct and live feedback, so BMW is aware of the chatter surrounding their latest products as soon as a car is unveiled. And while negative feedback can be hurtful, it is still part of the normal relationship between a brand and its loyal and vocal customers. “First and foremost, people care about what we do. And that’s always nicer than when you work very hard and nobody cares.”

“So, you have to say that cars are part of popular culture. And that means that people care. Mobility is something that a lot of people, not only have strong opinion about, but also a strong relationship with. Therefore, together with architects, car designers, define a lot of what public space looks like, so it’s also some kind of responsibility. So you get feedback from all corners and, today of course, in the media world, it’s very easy to get instant feedback.”

“We do notice it, and sometimes yes, it’s controversial, but the difficult part about my job is that in this year 2021 we’re making design decisions for products that come out in 2025. And those cars that come out then will still be in the markets in 2032.”

Since the future is electric for all automakers, how is BMW looking to shape that world as well?

“I feel that now in terms of electric mobility,” Van Hooydonk says. “My team and I have pretty well understood what that means from a package layout, we know what it feels like and it’s actually quite fast to drive an electric car. So we know with the i4, for example, that we can make an electric car look sleek, elegant. Then with the iX. That was an exercise in how could a car look like or feel like that is very intelligent. So intelligent that it can drive autonomously, it will happen.”

“And then probably when you sit in the car like that, and it’s driving you, then you begin to look around in the car, you begin to notice things that so far you didn’t notice because you were always looking through the windscreen. That led us then to take a closer look at many things in the interior. And we want to introduce all that clever technology and actually make it much more like a living space. The last concept car we designed [BMW i Vision Circular], in this concept, the whole exercise was about the materials and how much energy does it take to build a car like that and how can we design a car that can also be easily disassembled and can be actually put back into the cycle, because that’s what we want to do.”

Van Hooydonk is making a reference to the sustainability aspect of the new BMW i Vision Circular concept car, a small car with the footprint of a BMW i3. “99% of our cars can be recycled. The big challenge is still to use that recycled material again to make a new car. At the moment, from the material that we recycle we can reuse roughly 40%. And obviously that number needs to go up in order to become circular. And in order to make that happen, you have to start thinking about that early, right at the beginning of the design phase. So you could say it makes our job a little bit more complicated, but you know I always view it as part of what you do as an industrial designer. But first and foremost, the decision to buy BMW is an emotional one so we always want to create a shape that is much more than the sum total of its functions.”