Electrification is the next frontier of luxury. Ever-changing emissions regulations are turning V12 engines into obsolete fossils and luxury car makers need to adapt. Thankfully, electrification actually does two things for luxury brands; it gets the pesky regulators off their backs while actually improving the overall luxury experience. To keep up with the changing times, Rolls-Royce is dipping its toes into electrified waters and it’s just recently teased its first-ever all-electric car — the Rolls-Royce Spectre.

The Rolls-Royce Spectre is going to be a two-door, all-electric GT car built on the brand’s Architecture of Luxury platform, the same one that underpins the Phantom, Ghost, and Cullinan. This new architecture was a big investment for Rolls but it’s flexible enough to allow Rolls to build a fully electric car on it, as that was always the plan from the beginning.

Now before anyone grabs their pitchforks, ready to complain about Rolls-Royce ditching a V12 engine for a baby seal-saving electric powertrain, the Spectre is actually more in line with the original ethos of Rolls-Royce than you might think. Both Charles Rolls and Sir Henry Royce were strong proponents of electrification, even back in the early 20th century.

After driving one of the world’s only electric cars in the early 1900s, the Columbia, Charles Rolls said this about electrification: “The electric car is perfectly noiseless and clean. There is no smell or vibration, and they should become very useful when fixed charging stations can be arranged. But for now, I do not anticipate that they will be very serviceable — at least for many years to come.”

Rolls was bang on then and his views on electrification are valid even today. Electrification is a luxury improvement, due to its silent, smooth, and far torquier delivery, so long as the infrastructure can handle it. Rolls-Royce is banking on that last part becoming a reality sooner than later.

While Rolls-Royce didn’t provide much more detail, aside from its name, it did say that the Spectre will be put to the test, prior to production. In fact, Rolls is going to push the Spectre to a limit far further than any Rolls-Royce product before it. Test cars will be drive 2.5 million kilometers, which is the equivalent of around 400 years of typical Rolls-Royce driving according to the British luxury brand, and will travel to all four corners of the world to do so. Different climates, different terrains, and different levels of infrastructure; all of which will be part of the Spectre’s testing journey.

In some of the photos provided by Rolls, the new Spectre looks very much like a Wraith. It isn’t a Wraith, of course, as it’s built on the new AoL platform (Architecture of Luxury), while the Wraith was built on the old 7 Series architecture. While there’s an obvious familial lineage there, the Spectre is sleeker, more muscular, and seemingly a bit lower than its older cousin. It also gets some very interesting looking wheels, with big, flat, matte black, chunky spokes.

According to Rolls-Royce CEO Torsten Müller-Ötvös, the Spectre is neither a concept, prototype, nor a test mule — it’s the “real deal”. So the car you see in these photos is really a factory-camouflaged production car, awaiting final tuning. 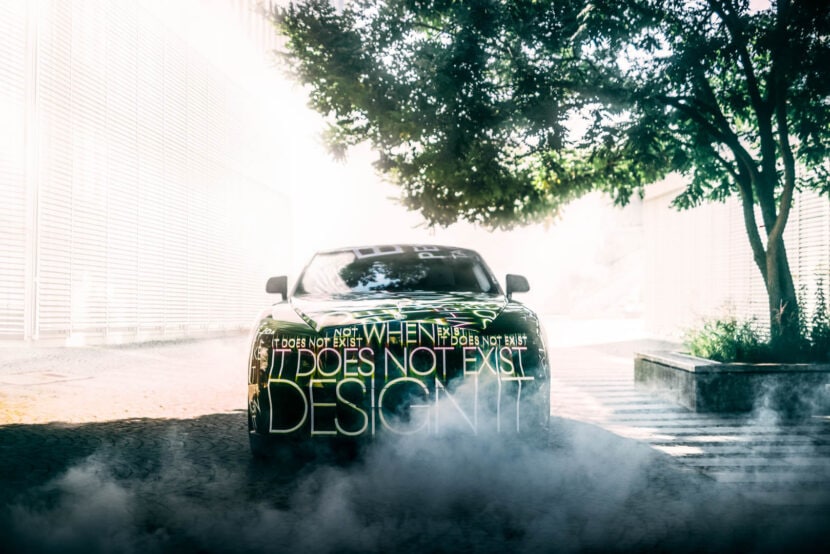 As of now, there’s no word on when the world might finally see the Rolls-Royce Spectre on the road. However, Rolls claims that its entire portfolio will become fully-electric by 2030. That might seem like a lofty goal but Rolls’ portfolio is rather small, with only four cars, including the Spectre. With such a small lineup of vehicles and an architecture designed with electrification in mind, it’s not hard to imagine every existing Rolls-Royce model becoming electric. But it all starts with the Spectre.