What is This Funky Looking BMW M8 Coupe Seen on the Nurburgring?

Home » What is This Funky Looking BMW M8 Coupe Seen on the Nurburgring?

A while back, there was an odd looking BMW M8 test mule running around the Nürburgring with some insane looking add-ons. Following its sightings, rumors began to swirl of a potential M8 CSL. Those rumors have since been squashed by BMW but the same M8 test mule is still running around. Now, though, the BMW M8 is a bit tamer than before, while also getting some new bits as well, as seen in these new spy photos. (We don’t own the photos but you can see them here)

Motor1 apparently reached out to BMW for comment and this BMW M8 is said to be a test bed for accessories and add-ons. Which is interesting to hear because this specific M8 is lookin’ funky.

Its hood has a couple of vents, it gets a fixed rear wing, and its rear window still has some odd stickers on it. However, the weirdest bits are the red accents on the front end. Inside the kidney grilles, there seems to be some red accenting, which would be a first for a BMW. Additionally, there are red accents in the headlights. The headlights look similar to the M5 CS’ yellow lights only, ya know, red. If that’s the case, would the lights actually be red or are those only aesthetic? Very odd. 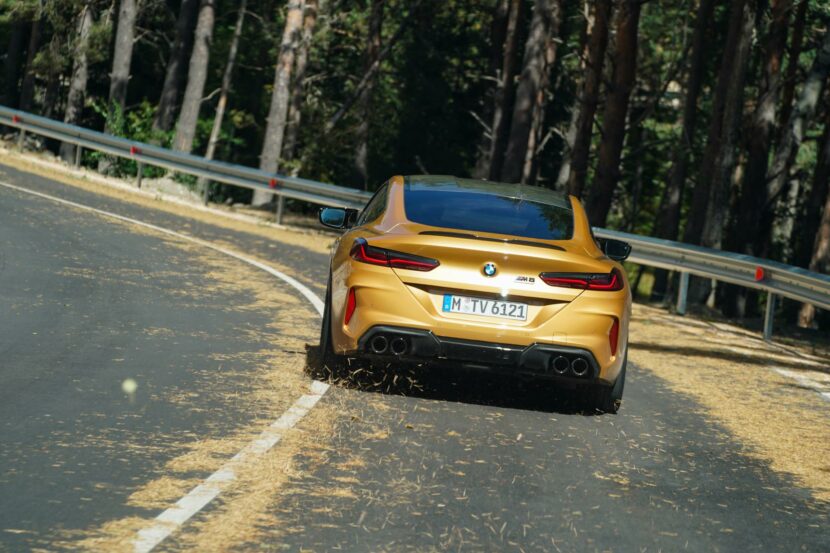 At the back, there’s a seemingly new rear diffuser, surrounding the quad exhausts. The standard car has a pretty aggressive rear diffuser but this one is wrapped in camouflage, so it’s likely to be some sort of new add-on.

All of these parts are apparently potential add-ons, likely for the M Performance Parts catalog, but they’re unlike anything we’ve ever seen before from BMW. Red headlights and red accents in the kidney grilles? It’s all very unusual and I’m not sure how BMW fans are going to feel about it.