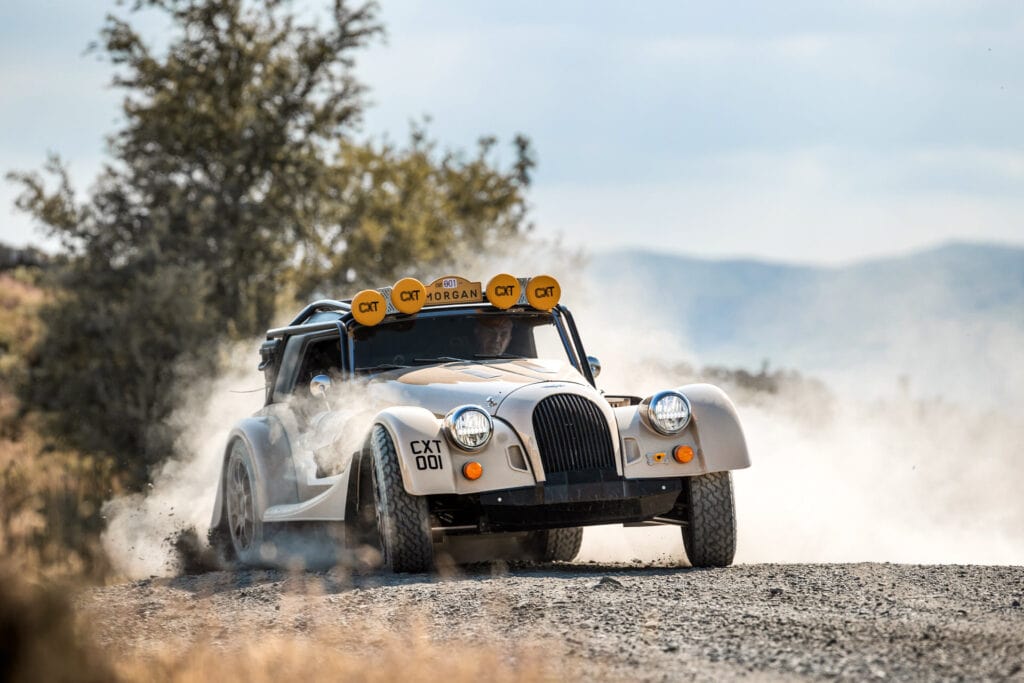 If you didn’t already know, I’m a big lover of Morgan. Its old-school-style British sports cars are some of the coolest, most desirable sports cars on the road. The fact that they’re powered by BMW engines only makes them better, as you know you’re getting a quality engine that’s going to perform. I’m also a big lover of Safari-style cars; sports cars that are turned into off-road rally cars. The all-new Morgan Plus Four CX-T is the incredible combination of both of those loves.

Morgan actually has a long history of going off road, dating back almost 100 years. Enthusiasts of original Morgans used them in off-road rally trials and they were surprisingly handy on dirt, thanks to skinny tires and light curb weights. Those iconic classic Morgans were the inspiration for the new Morgan Plus Four CX-T, which was designed with the help of Dakar rally team, Rally Raid UK, to be a genuine adventure sports car. 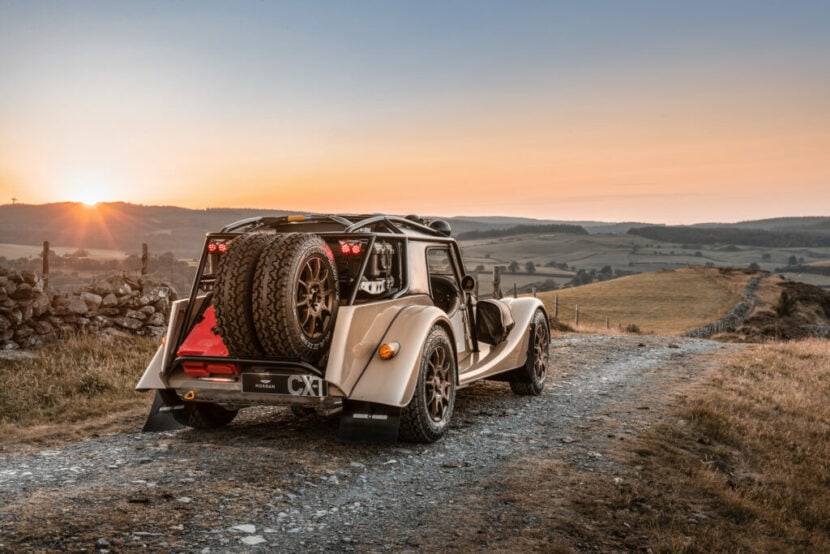 While most of the car was heavily modified, the 2.0 liter turbocharged BMW four-cylinder engine under the hood, along with its six-speed manual gearbox, were untouched. So it still makes 255 horsepower and 295 lb-ft of torque. The only real change made to the engine was its air intake, which is now mounted outside the car, on the passenger-side fender, and is actually a desert racing intake that sits in a leather pouch and can be removed and cleaned with ease. It only adds functionality for off-road driving, not power or performance.

The suspension was changed quite a bit as well. It gained the wider control arms from the Morgan Plus Six, to give it a wider track, and wider fender flares to accommodate them. Coilovers were supplied by EXE-TC, which is a brand that develops off-road suspension setups, and massive, chunky off-road tires. It has a drive-over obstacle clearance of 230mm. 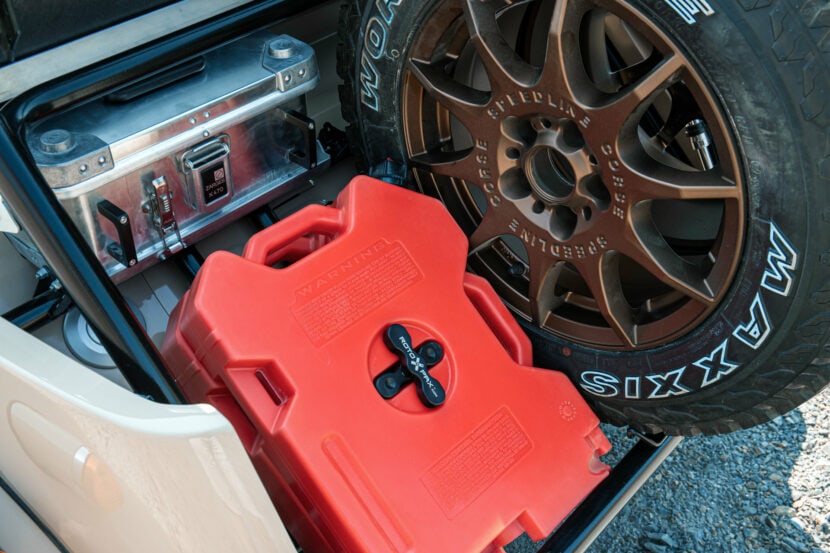 More visible are the massive roll cage, which not only looks awesome but provides extra protection from the driver. But it goes further than that. Morgan developed special rack mounts for bicycles, paddle boards, and more, so customers can use their CX-T for genuine adventures. It also houses rally lights, which feature bespoke leather covers that can easily be stored away in a bespoke pouch that’s connected to the roll cage. Out back, several different boxes hold tools, supplies, fuel, water, and more. There’s no more traditional trunk but it’s not really necessary with all of the storage boxes mounted to the back.

In this new video from Carfection, we get to see Henry Catchpole drive the Morgan Plus Four CX-T through some dirt roads and gravel trails and it looks like great fun. It’s not a proper off-roader, nor is it a Safari car. Morgan calls it an adventure car and that’s probably a good way to put it. It’s a car designed to be taken off the beaten path, have some fun with, and then driven home. I want one. 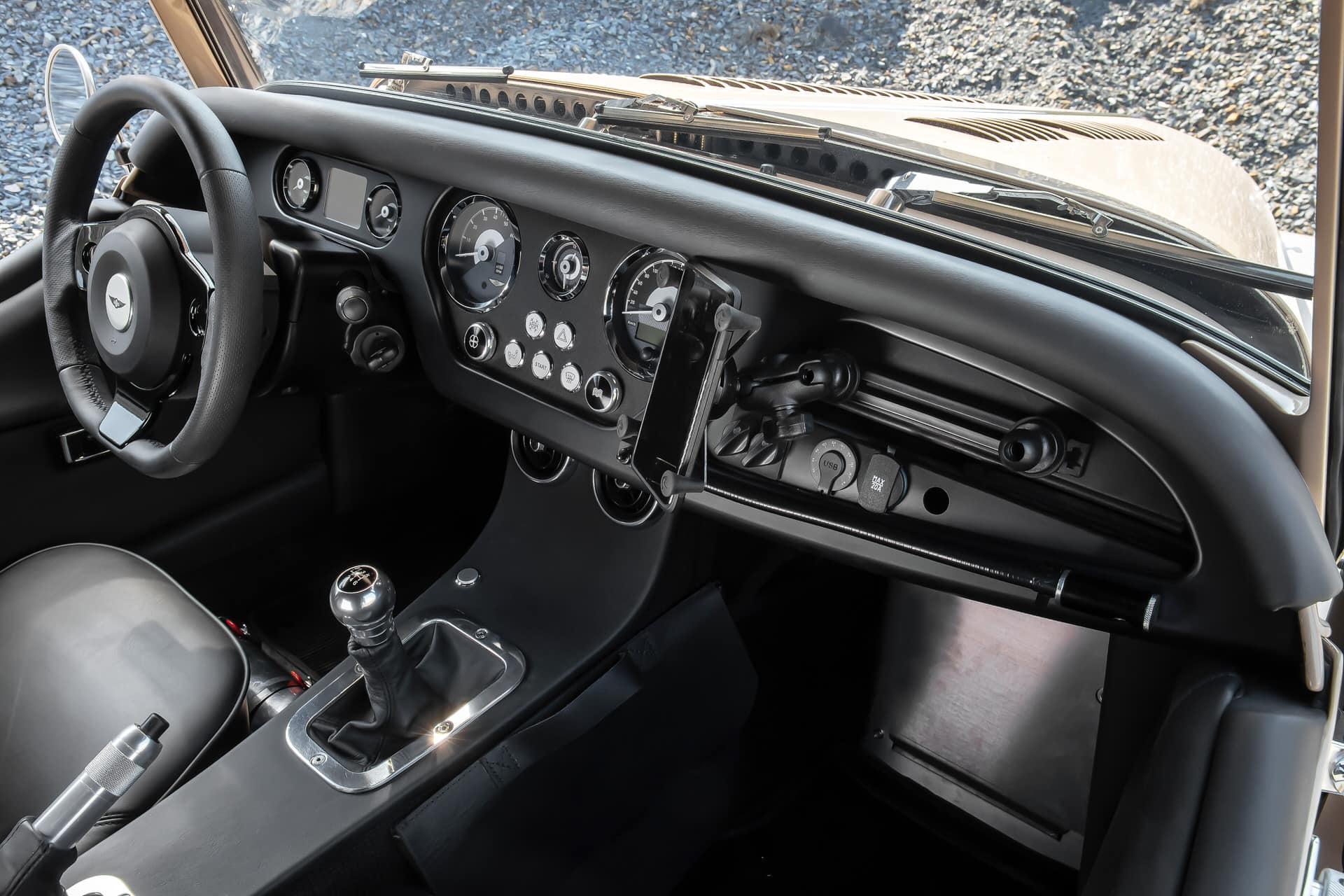 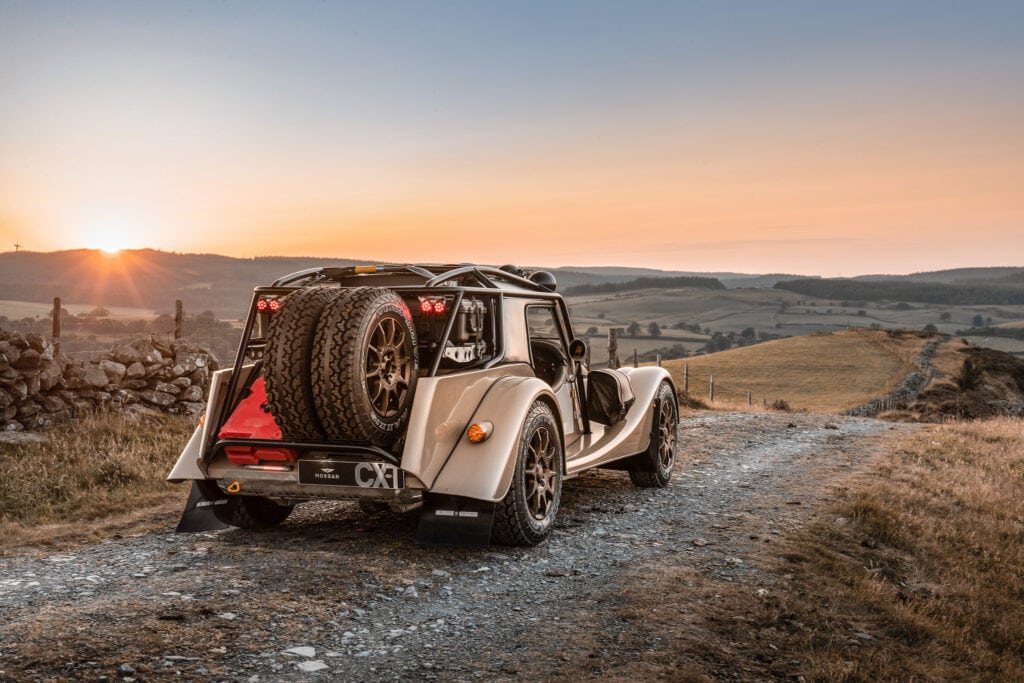 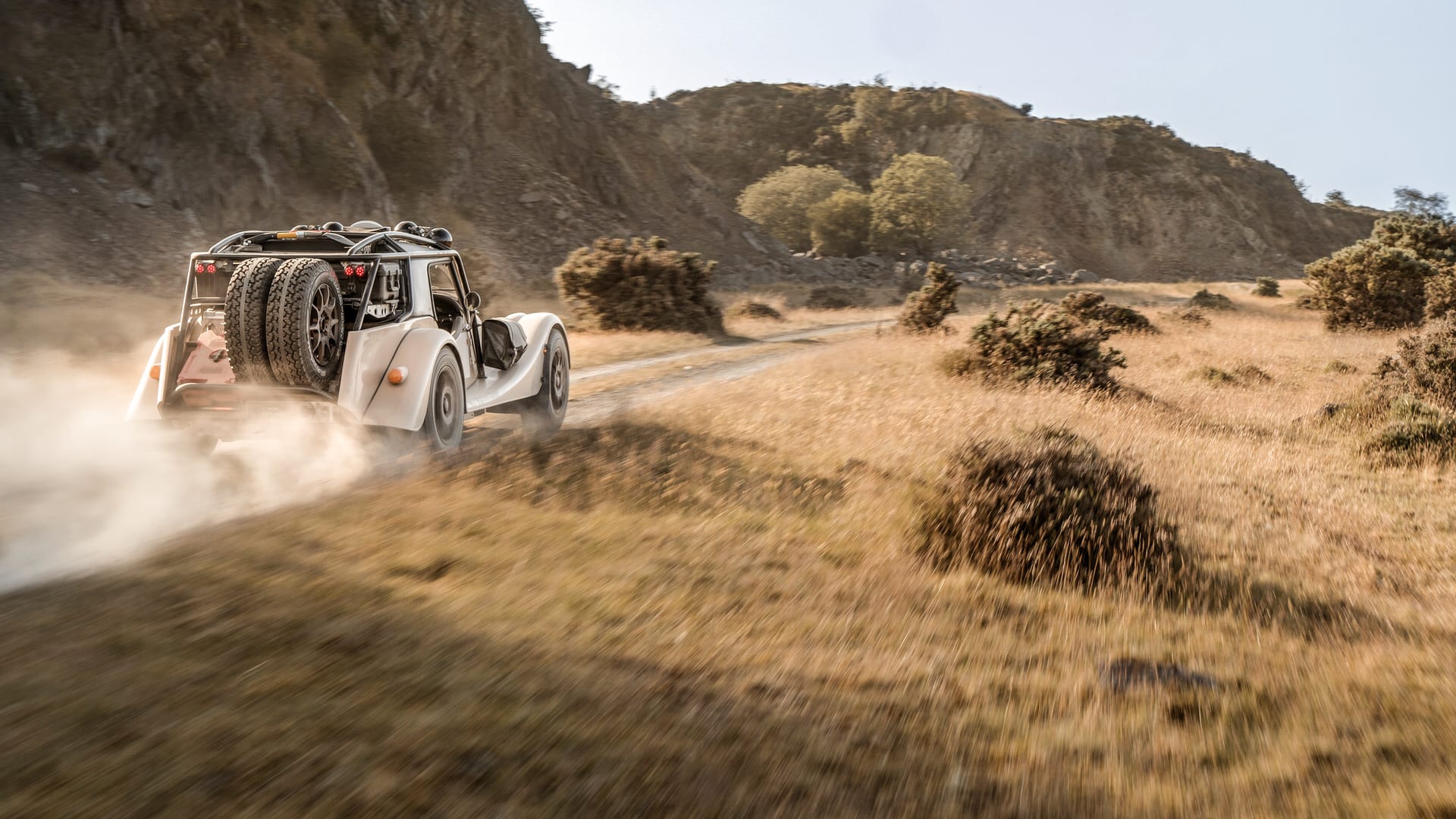 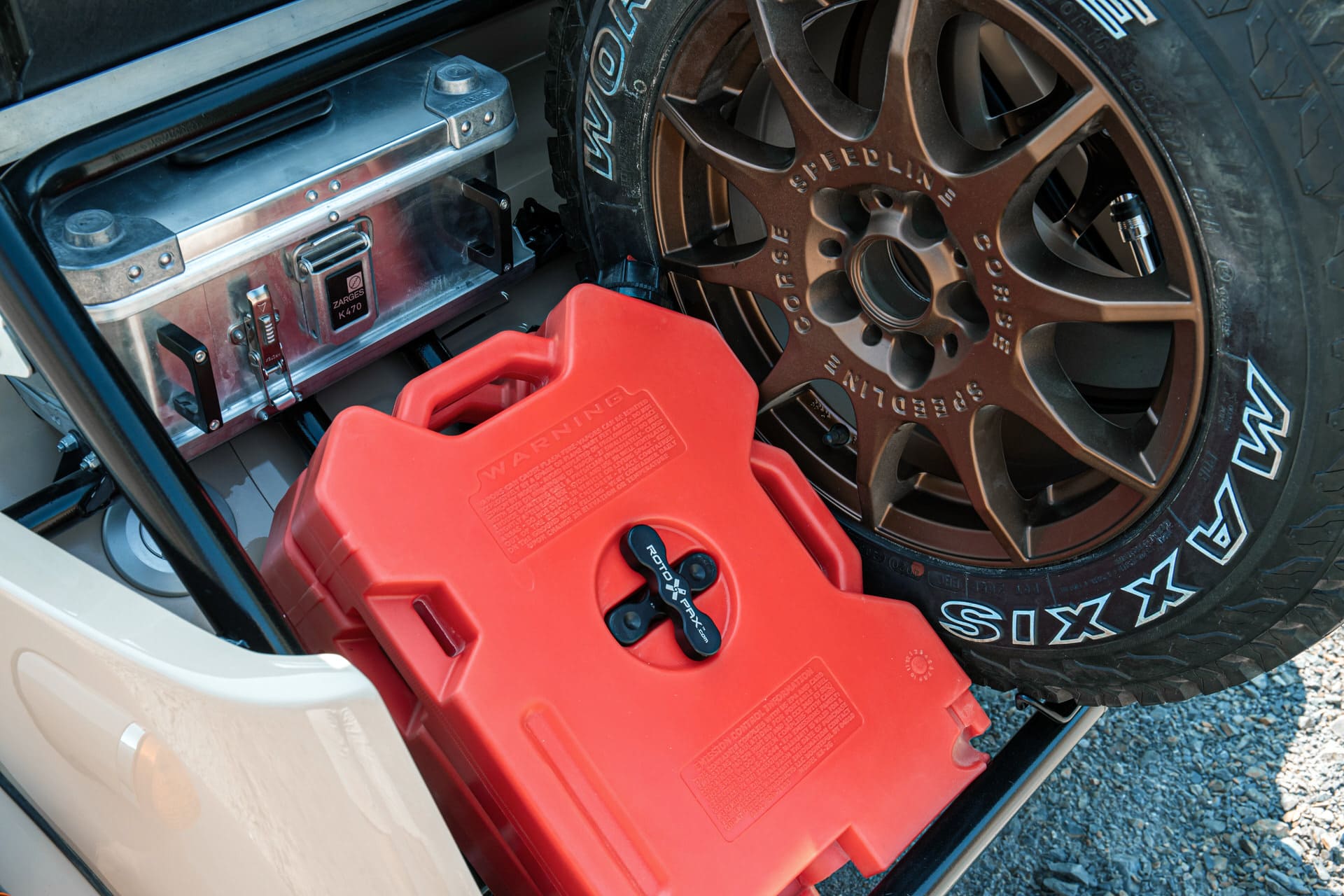