Rolls-Royce made quite the stir with the completely bespoke Boat Tail, an extremely custom-tailored design built only for three wealthy clients. In today’s modern age of scalable, shared architectures, truly bespoke coachbuilding is nigh impossible but the Boat Tail is about as close as we’ll get. There’s even some speculation as to who may have bought the first one (Jay-Z and Beyoncé, perhaps?).However, is the design actually any good? In his latest video, Frank Stephenson breaks down the Rolls-Royce Boat Tail design and talks about whether it’s a truly special design or just a way for rich people to show off how much money they have.

Stephenson breaks down the exterior and interior of the new Rolls-Royce Boat Tail, to see if it’s worth the massive $28 million dollar price tag.

There’s the age old adage that, if you have to ask how much a car is, you can’t afford it. The idea is that the price really doesn’t matter to uber-rich people. If Jay-Z and Beyoncé want to spend $28 million on a purely bespoke Rolls, regardless of whatever it looks like, they will and they won’t care who thinks it’s worth the money or who doesn’t. With that said, someone like Stephenson, who’s spent decades designing cars, might have an interesting opinion on the design, one worth listening to. 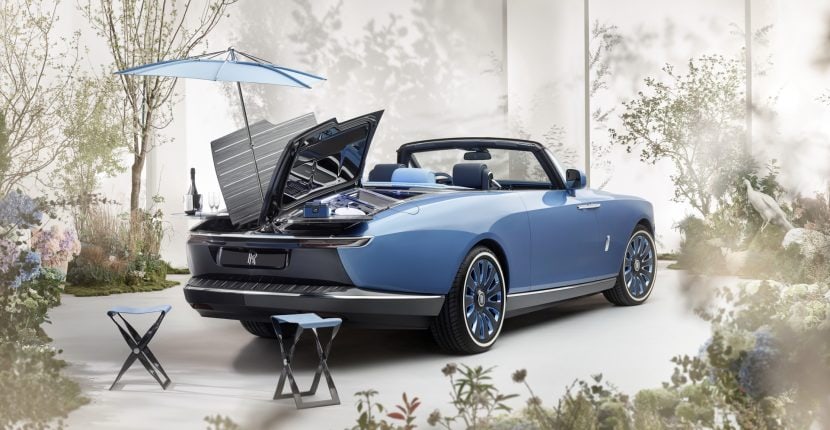 For the most part, he seems to think it’s a well-designed car, with a very pretty shoulder line that works from the front fender, all the way to the tip of the rear trunk lid. It also has very few visible shut lines at the front, which makes it seem as if it’s been made from a single piece of metal. So that’s cool. Though, he doesn’t love the entirety of the design, as he thinks the back end is a bit odd for such a large car and he’s not in love with the roof.

Overall, Stephenson doesn’t seem to think it’s worth the $28 million and neither do I. With that said, neither he nor I can spend $28 million on a single car (he rightly points out that the collection of cars you can get for that money would be sensational). Objectively, the car is a bit ridiculous. But the Boat Tail’s owners almost certainly don’t care.