Are the BMW M Carbon Bucket Seats Worth the Money?

Home » Are the BMW M Carbon Bucket Seats Worth the Money? 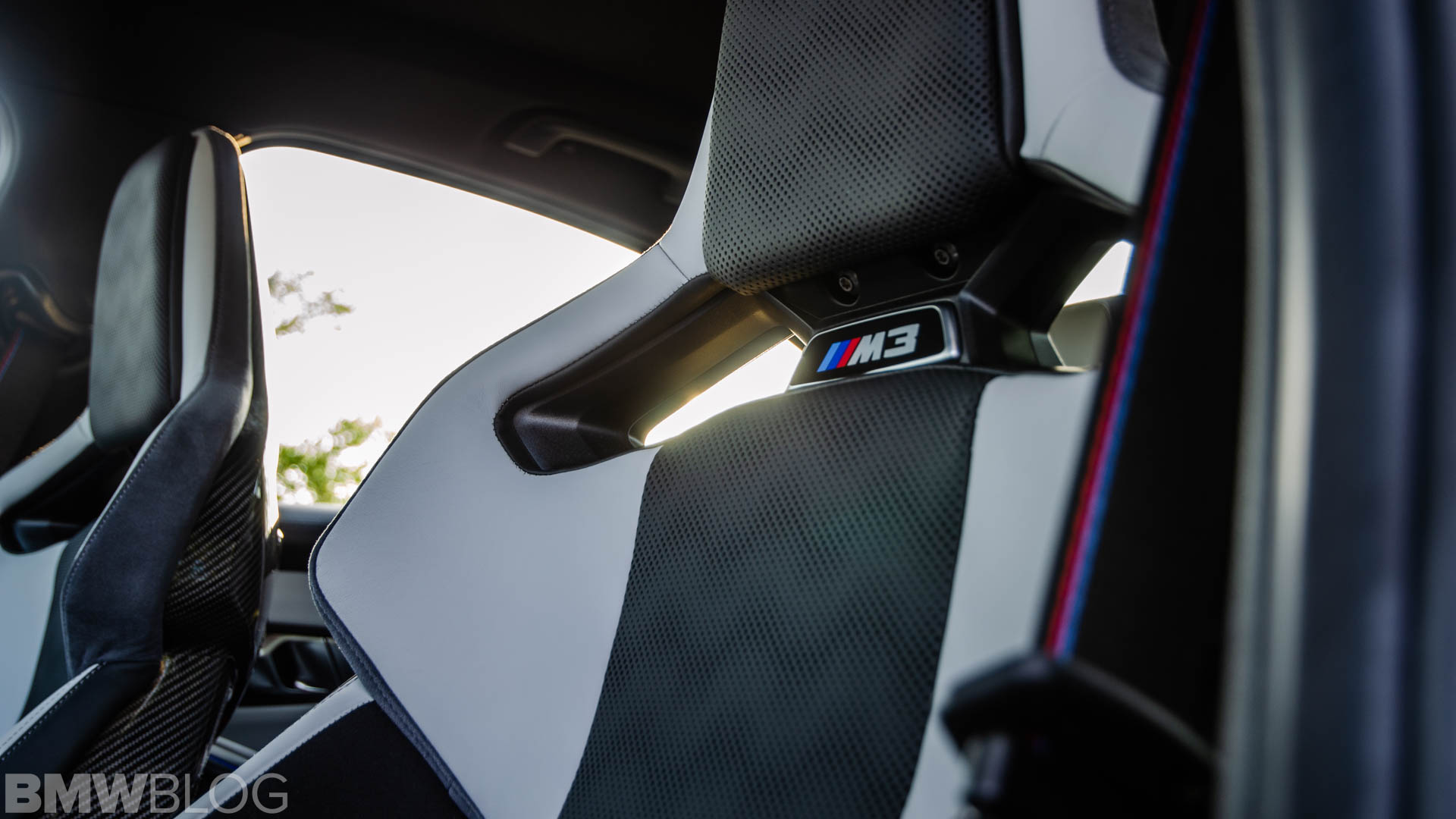 When BMW first launched the G80 M3, both standard and Competition, it took about two weeks before anyone noticed anything other than the grille. However, once the grille-mania died down, enthusiasts started to notice one of the best aspects of the new M3 — the M Carbon Bucket Seats. As an option, you can get carbon fiber-back racing bucket seats in either version of the new M3. While they look very cool, they’re very expensive — $3,800 for the option in the U.S. So are they worth the high price tag?

They have their pros and cons, though. So they might not be worth it for everyone. So let’s take a look at what they’re good at, what they’re not so good at, and whether you should spend the money.

For starters, it feels like you sit much lower in them than you do in the standard seats. That makes you feel more connected to the car, as it puts your H-point more in line with the car’s center of gravity. More than that, though, they fit your hips, waist, and shoulders far better, holding you in like a custom-fit glove as you drive quickly. Because the M3 can corner so well and keep its body so flat, you want seats that can hold your body in place and counter the strong g-forces. The carbon buckets do that far better than the standard seats, which makes driving quickly far more enjoyable.

They also look flipping fantastic, both front and back. Anyone that looks inside the car will drop their jaw. During my time with it, almost everyone that looked inside the car had stellar things to say about how cool the seats looked, even people that didn’t like cars. But it’s more than just their looks. They feel special, even for the rear passengers. Sitting in them reminds you that you’re in something fast, something exciting, something special. For passengers in the back, they actually get a bit of extra knee room while also getting to look at the incredibly cool carbon fiber seat-backs. So even they know they’re in something special. That just makes ownership more fun.

Being as thin and tight as they are, they’re not the most comfortable seats for long journeys. I’m not an old man but even my back began to ache after a couple of hours behind the wheel. They just aren’t very soft, nor very supportive of lower backs. If you plan on getting an M3 for daily commuting use, you might want to think about the standard seats, they’re more comfortable. Those thigh bolsters also make getting in and out of the car a bit more challenging.

Additionally, if you plan on getting the standard M3, with the manual transmission, the standard seats might also be for you. The little center thigh-divider (my name for it isn’t appropriate for this site) really squeezes the thighs, making using both legs to operate three pedals a bit less comfortable. It’s not a deal-breaker for most customers but it could get annoying after awhile.

Lastly, they’re expensive. The BMW M3 is already surprisingly pricey, so there are a lot of customers that might be put off by having to spend an additional $3,800 on cool seats. Especially since that money could go toward a cooler exterior color or other luxury options inside.

Should You Get the Carbon Seats?

Obviously, it comes down to your preference. However, if it were my money or my recommendation, I’d say spend the extra money and get the seats. I’m a pretty frugal man and will almost always recommend leaving options like this on the table. With that said, the carbon fiber buckets will do two things that I think make them worth it. One is that they will make your car feel more special, therefor further justifying the purchase of an M3. An M3 is about owning a special sport sedan and the seats drive that feeling home far more so than the standard seats. They’ll also remind you of just how special the car is each and every day. You can’t put a price tag on that.

The other thing they will do is bump the value of the M3 up. In the future, when the G80 M3 Competition is a used car, future second-hand (or third-hand) customers will prioritize the carbon seats. Just like with every other cool option on every other cool car, they will be highly sought after by future customers. That will increase the value of the car on the used market in the future, potentially saving or making you some money later down the line. So while they’re expensive now, they might actually give you a bit of a return on investment in the future.

Having spent a lot of time in both, I’d gladly live with the extra compromise and cost of the carbon fiber bucket seats. They look incredible, feel incredible, and make the driving experience more special. If it’s my money, I’m buying them.