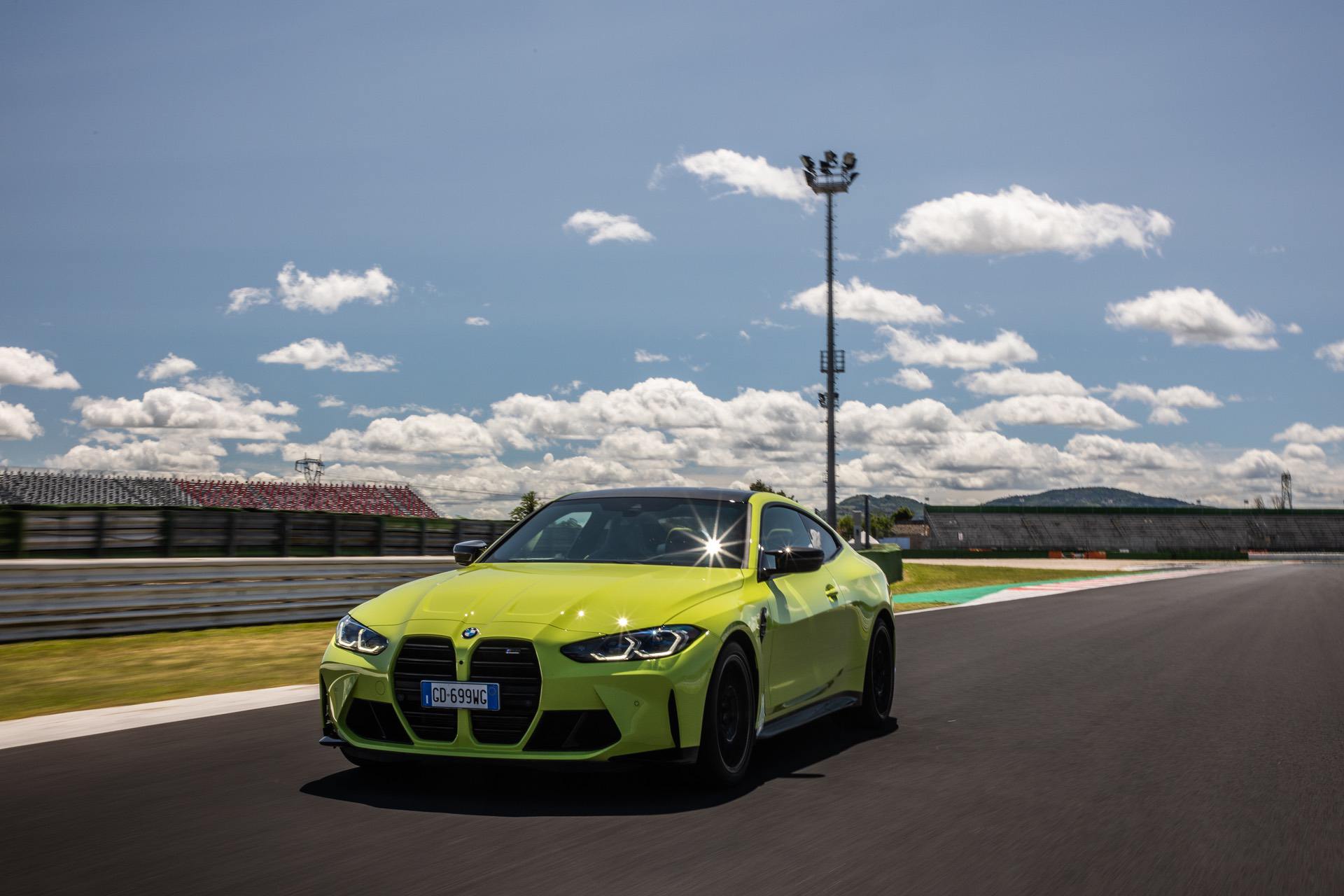 Even the most ardent critics of the new BMW M4’s funky grille are beginning to admit that its driving dynamics are quite impressive. Sure, some enthusiasts still won’t buy it because of its looks but it’s getting harder and harder to deny its on-road behavior. If it can convince this stubborn enthusiast, it can convince almost anyone. Which is why I’m incredibly excited about the prospect of a potential BMW M4 CS, something that may be seen in these new spy photos. (We don’t own the photos but they can be seen here)

In these photos, we see a BMW M4 test mule, wearing camouflage on the front bumper, side skirts, and rear end. While we can’t make out any details from under the camo, we can see that there are some new aero bits added to this test mule that we haven’t seen before.

For instance, at the front end, a new lower lip extends out past the bumper, further than what you’ll find on the standard M4. Maybe it’s functional, for a bit of extra front-end downforce, or maybe it’s just there to look cool. Either way, it’s there on this test mule but not on the standard car. Out back, a new ducktail-looking rear spoiler protrudes from the trunk lid, a la the E46 M3 CSL, indicating that this is a spicier model than the normal M4.

We don’t have any official confirmation but this is likely a BMW M4 CS test mule. Its slightly more aggressive front end and built-in rear spoiler are pretty easy giveaways, as there really isn’t another model that it could be. With that being said, this BMW M4 CS will likely make somewhere between 520-530 horsepower from its 3.0 liter twin-turbo inline-six. It’s also almost certainly going to get just the eight-speed automatic option, as the manual is only available on the standard 473 horsepower car.

BMW is also riding high on its current CS reputation, thanks to the absolutely stellar M2 CS. It seems there isn’t a soul the M2 CS can’t charm, with its near-perfect balance, performance, and fun. So if BMW M can channel some of that magic into an already brilliant driving M4, the resulting BMW M4 CS could be legendary. The grille is beginning to matter less and less, it seems.