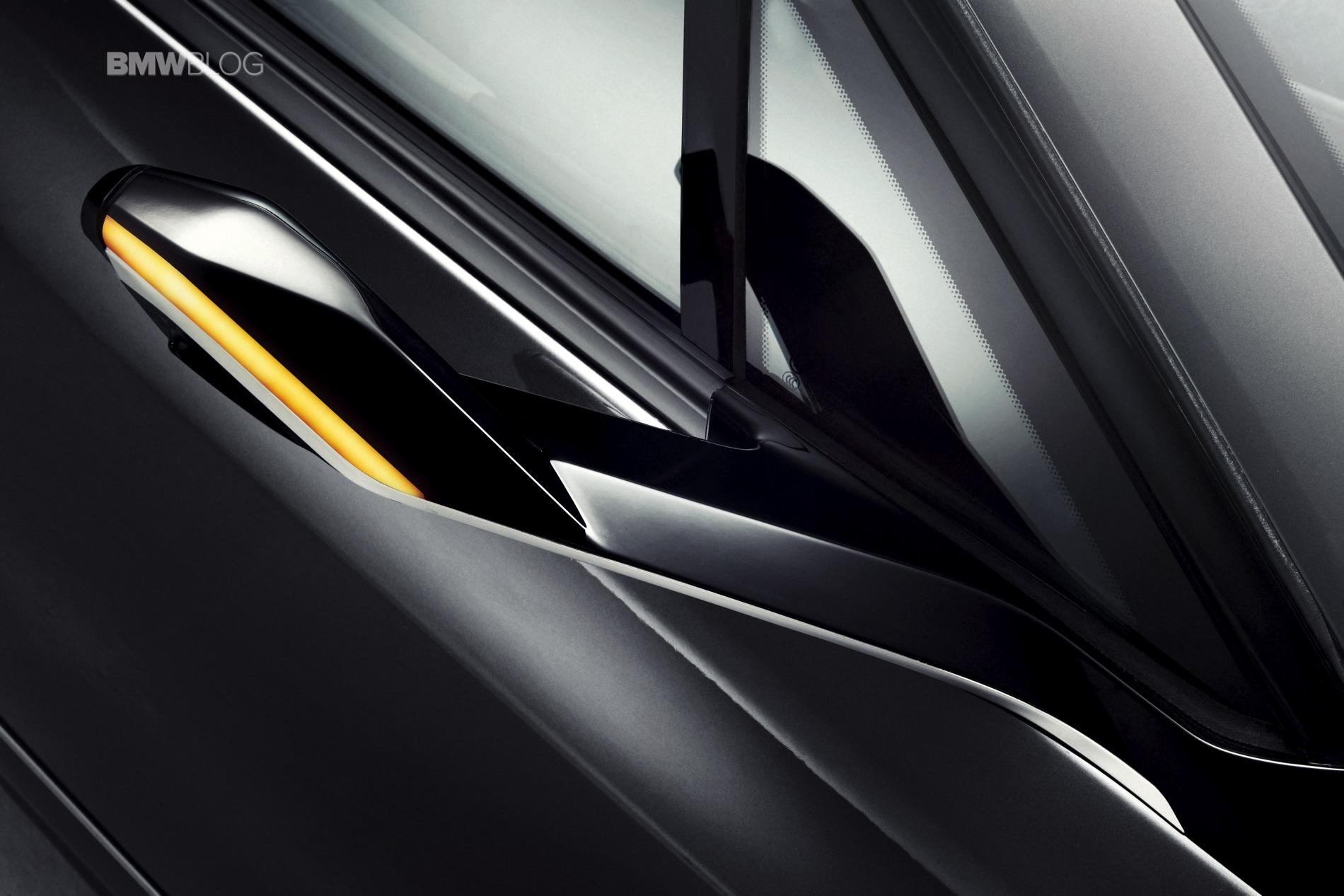 According to i4talk, BMW has filed a patent with the European Patent Office (EPO) for a virtual mirror ( HUD mirror). The drawings reveal that BMW proposes a solution with a semi-transparent mirror on the actual window itself. The same filing states that the video from external cameras is shown on a display that is reflected onto the window mirror to the driver’s eye. The image would appear where a conventional mirror would be.

This is not BMW’s first attempt at a virtual mirror. At the CES 2016 in Las Vegas, BMW presented the i8 Mirrorless concept – a car that forgoes the conventional side mirrors in favor of two, small cameras. BMW i8 Mirrorless incorporates two insignificant looking cameras, accommodated in aerodynamically optimized holders, which replace the existing exterior mirrors. They are supplemented by a third camera mounted on the upper edge of the rear windscreen.

All images are merged and displayed as a single image on a high-resolution display suspended in the position of the rearview mirror. The image of the traffic behind the car covers a greater viewing angle than could be observed using the interior and exterior mirrors. No adjustment of the cameras is necessary. The display is around 300 millimeters wide and 75 millimeters high. The casing is rounded at the side and this conveys a natural panoramic perception of the traffic behind the car.

At the time, it was believed that the tech will end up in a BMW production car in 2019, but as other automakers discovered in the mean time, the regulations around virtual mirrors vary from country to country, and from one regulatory body to the next one.

Whether virtual mirrors become a reality in a BMW remains to be seen, but it’s fair to say that as soon as a global rollout is possible, BMW will certainly look into the advantages of a mirrorless design.