It’s fair to say that the current BMW M line-up is more diversified than ever. Especially after the introduction of the M xDrive all-wheel drive system. It completely changed the game and current M cars can now hang with proper supercars on the drag strip. Chip in some tuning and you could even see them beat cars from higher segments. So what could a BMW M8 Gran Coupe with a Stage 2 upgrade take on? Maybe an Audi R8?

If the two would go at it and the Audi would be stock, the battle would probably be unfair, as the BMW would be able to rely on more torque. Sure, the R8 is the lighter machine here by quite a lot, as the Gran Coupe is a rather heavy car but it still wouldn’t really stand a chance.

However, what we’re looking at here today is a different kind of drag race, one featuring two tuned monsters, with the Audi putting out more power than the BMW. 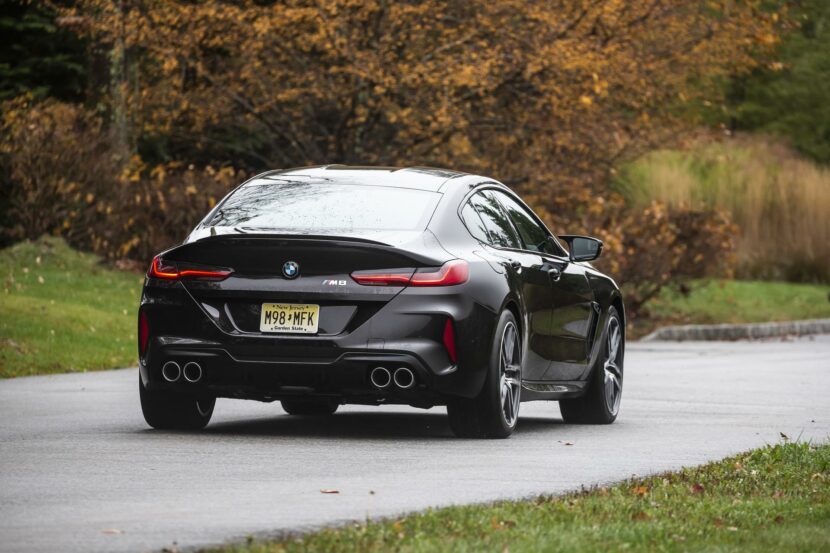 To be more precise, the BMW M8 Gran Coupe was taken up to Stage 2. That means apart from some ECU tuning, the car also has some bolt-on changes. From what we can gather, the intake was definitely changed, as we can see the sport filters peeking from behind the grilles up front. Most likely, the exhaust was changes as well and the turbos might’ve been meddled with. The total power output was therefore taken up to 850 HP.

The Audi on the other side of the drag strip normally uses a naturally aspirated V10 engine. However, it was tuned too and as far as we can tell, it received forced induction thanks to the guys from Gyrza Gosha Turbotech. In the end, the 5.2-liter V10 is supposed to be making 900 HP. So, the R8 has more power and less weight along with a brilliant all-wheel drive system. Could the BMW hang on? Check the video to find out.