Five Tools That Will Make Your DIY Life Easier 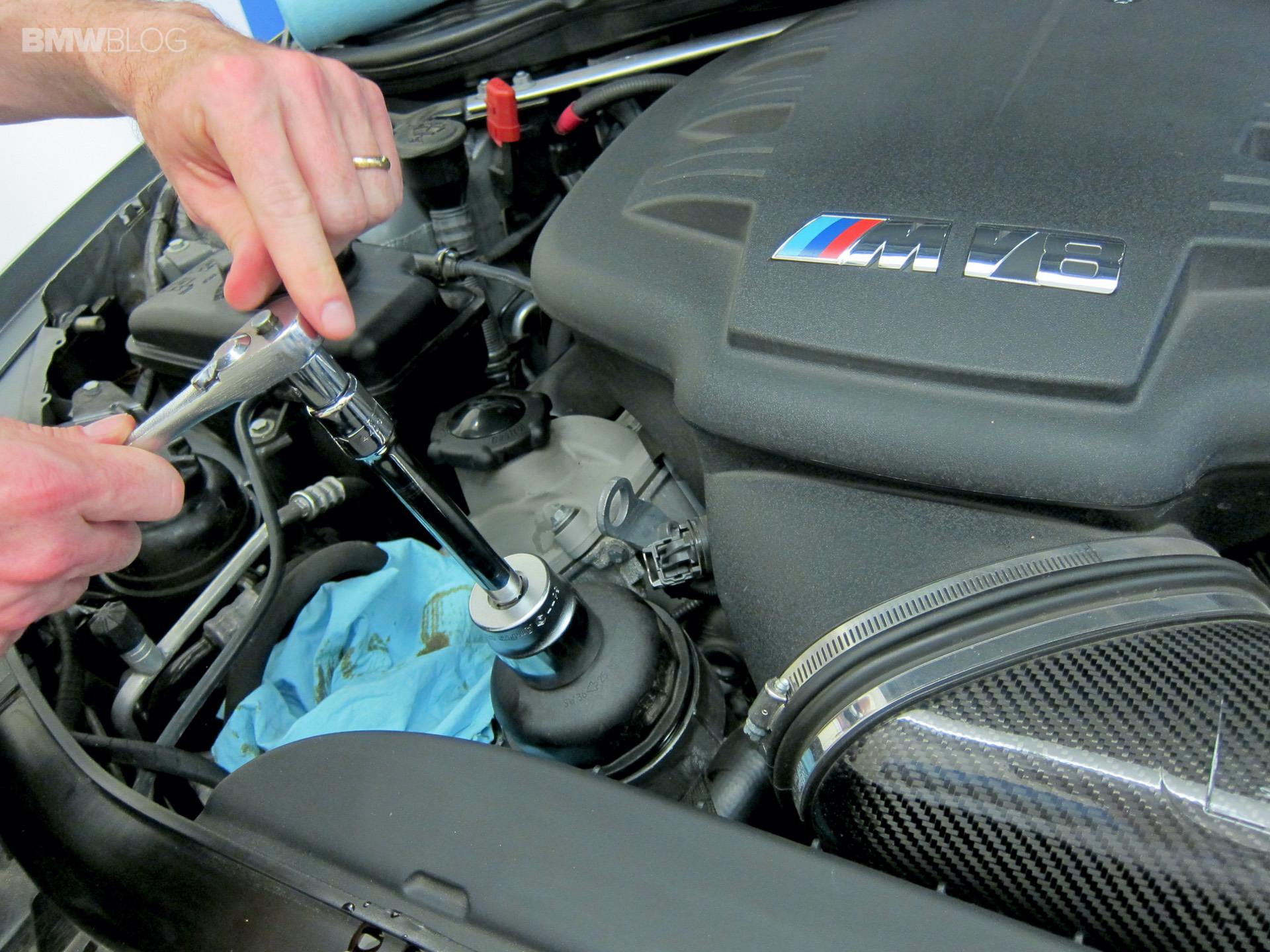 As BMW enthusiasts, we often wax poetic about cars of the past. BMWs backlog of incredible cars spans decades but it gets thinner as it reaches present day. So enthusiasts often prefer to buy older Bimmers, to get their proper BMW fix. However, an unfortunate truth about owning older an BMW is that it’s going to need constant care and diligent maintenance, whether you’re wrenching it yourself or paying someone to do it. Another unfortunate truth is that most owners of older BMWs have to wrench themselves, as paying for said wrenching can cost a ton of money.

If you’re like me, you don’t have a ton of time to wrench on your car, even on the weekends. Additionally, working on cars can be frustrating, which often causes me to continuously put the job off until the next weekend. So investing in tools that will not only make your life easier but also save you time. If the job is easier and quicker, you’ll be more inclined to do the work and get the job done. So it’s a win/win/win.

Which is why we decided to put together a short list of tools that will make your wrenching life both significantly easier and faster.

I’m a huge fan of Milwaukee tools and the M12 Fuel Stubby 3/8 impact wrench is an incredible time saver. With 250 lb-ft of nut-busting torque, it’s more than capable of removing lug nuts from almost passenger vehicles; cars, trucks, and SUVs. Admittedly, on some big heavy-duty pickups, it might struggle a bit to remove lugs, but it will handle every other sort of vehicle’s lug nuts with ease.

Additionally, it can make removing rusty old bolts a breeze, which will save you a ton of headaches. It also comes with three different speed settings, as well as a forward drive setting that will sense resistance and back off the torque, so as to not overtighten bolts.

The best part about the M12 Stubby, though, is that it’s… well, stubby. It’s small profile means it’s far easier to fit it into tighter areas underneath a car. There are other battery-powered 3/8 impact wrenches, of course, and many of them are excellent but Milwaukee offers class-leading torque in an affordable 12-volt platform with a small profile.

You don’t really need much more than that, as any more than that can overtighten and damage bolts. The M12 Fuel ratchet features a thin, tapered head that can fit into most tight places and has a nice ergonomic handle that makes it easy to use. With a max speed of 200 rpm, and a variable speed trigger, it also makes quick, easy work of any bolt.

Working on European cars like BMWs, Mercedes’, Volkswagens, and Audis, you can often find yourself trying to remove or tighten a bolt in a very unusual, tight space. So swivel-head ratchets can come in handy and make life a lot easier. Though, if you’ve used many swivel-head ratchets in the past, you’d know that they can be annoying to use sometimes. Which is where TEKTON’s Swivel-Head 3/8 ratchet comes in.

It has swiveling head (obviously) which is actually adjustable. So with an Allen wrench, you can actually adjust how easy or difficult it is to swivel the head, which can be a lifesaver when working in tight environments. I was recently doing a job in which I had to tighten a bolt, deep into an oil pan and needed a swivel ratchet but it was too loose and kept moving on me. Getting it to sit with the bolt on the end of the socket just right was tricky and took a ton of trial and error. This ratchet would have solved that problem. Which is actually why I recently bought it myself.

Like Milwaukee, I’m a fan of TEKTON tools (maybe I just like the color red), as I find their tools strike a great balance between quality and price. They also make great torque wrenches and I’ve been using them for years. The set of all three — 1/4″, 3/8″, and 1/2″ — is a bit pricey, you might need to get each one as needed but having all three is incredibly helpful.

The 1/2″ torque wrench is perfect for tightening lug nuts to their correct torque spec, while the 3/8″ wrench is great for most suspension, subframe, and larger engine or transmission bolts. Lastly, the 1/4″ wrench is almost necessary to ensure you don’t overtighten any small engine bolts, which could be catastrophic.

A good set of torque wrenches can be a lifesaver for any DIYer and TEKTON offers great wrenches for affordable prices.

There are few things in like that can make someone look less cool than a headlamp. However, there are also few things more helpful when working on cars. Having an LED headlamp means you have near-perfect lighting, wherever you’re looking. The Black Diamond Spot 350 is a bit pricey for a headlamp — there are much cheaper options that can be found on Amazon — but the Black Diamond Spot 350 puts out a maximum of 350 lumens, has different brightness settings, and takes AA batteries. The last big is important because if you’re working on longer jobs and run out of battery, you can just swap new ones in, rather than having to charge it up via USB.