Video: Take a closer look at the driveshaft of the new BMW M3 and M4

Before the new BMW M3 and M4 models came out, the blue and white roundel company decided to start a series of videos focusing on certain bits of the car, in order to explain what is going on under the sheet metal a bit better for the customers. This week we reached episode 18 of the series, this time with the focus on the driveshaft, an essential component of the car, that makes sure the engine doesn’t work in vain.

As some of you might remember, the old BMW F80 M3 and F82 M4 were initially fitted with CFRP driveshafts, to make them as light as possible. It was a novel approach and one that made headlines around the world. However, some three years into the production, BMW changed its approach and switched back to steel for the driveshafts. Well, as the video below explains, there is actually a reason why CFRP was dropped. 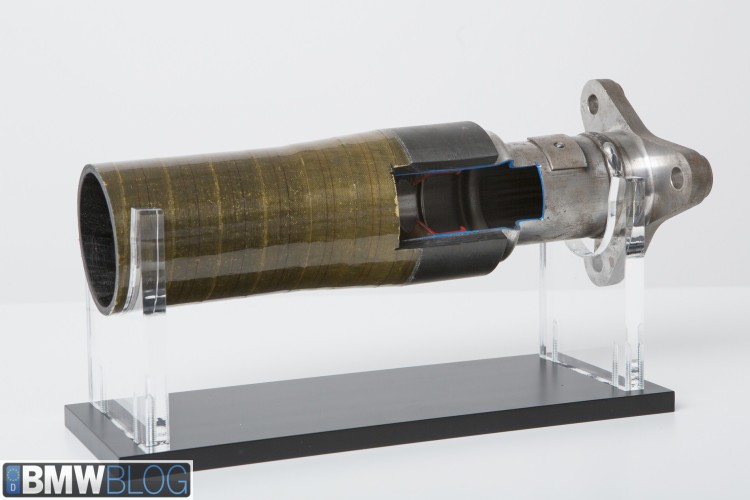 For the new G80 M3 and G82 M4, the lightweight material was taken into consideration once again but, due to emission regulation, they had to use steel , as the OPF filter cut into the space available under the car and limited the diameter of the shaft itself. Therefore, even though, unlike the CFRP model the steel one doesn’t come in one piece, at least it is usable with the OPF. There were other things to take into consideration as well, such as vibrations and the likes.

Torsten also explains, in the video below, that the new driveshaft is also one of the first to have a safety feature embedded in it, namely a crash element. Basically, in case of an accident, the driveshaft breaks in order to absorb the impact and protect those inside the car. It’s the first time such a solution was applied to a driveshaft of this diameter, according to the video.