The new BMW M4 Competition is shockingly fast, both in a straight line and around a track. From what we’ve heard, it’s also quite good to drive, regardless of lap times. It’s said to have great steering, superb precision, and all-around fun driving dynamics. However, is it as good as the fan-favorite Porsche Cayman GT4? In this new video from Fifth Gear, we get to find out.

To most car enthusiasts, the Porsche Cayman GT4 is a little slice of automotive heaven. Not only is it the ideal sports car on paper; mid-engine, naturally-aspirated engine, manual transmission, rear-wheel drive, and clever aero; it also delivers on its promise in the real world. The only complaint I’ve genuinely ever heard for the GT4 is that its gearing is too long. That’s it. So can the M4 Competition take on something with such an impressive resume?

In this new video, both cars go head-to-head at Castle Combe, to not only see which is quicker but which is more fun on track. As for the former, the BMW M4 Competition has the advantage, due to its superior power. The M4 uses a twin-turbocharged 3.0 liter I6 to make 503 horsepower and 479 lb-ft of torque, which is also paired to a slick-shifting eight-speed auto. While the Cayman GT4 uses a larger engine, a 4.0 liter naturally-aspirated flat-six, but one with less power; 420 horsepower and 310 lb-ft of torque. Its six-speed manual is more fun but slower than the BMW’s auto. 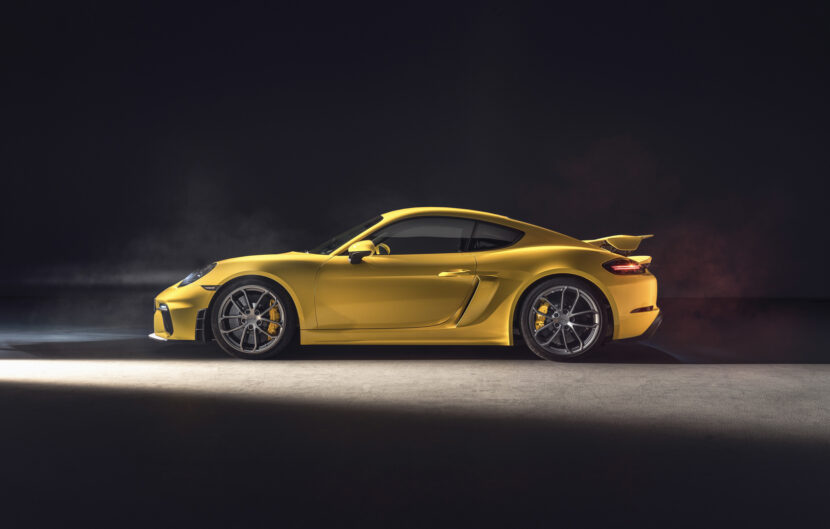 How do they manage on track, though, and which one is more fun? The Porsche Cayman GT4 put down a very impressive 1:12.6 lap time and seemed like an absolute blast the entire time. While the BMW M4 Competition did the lap in 1:13.3 seconds, so almost a full second slower than the Porsche. The BMW M4 Comp is faster in a straight line, that’s for sure, but it’s always going to be harder to make it handle as well through corners. The M4 weighs around 600 lbs more than the Porsche, has a higher center of gravity, and is far more inclined to wag its tail out of every corner.

Of course, on the road, the BMW M4 might be the better machine, due to its more comfortable ride, its back seat, and superior practicality. However, as a driver’s car, I don’t know if there’s much of a comparison.