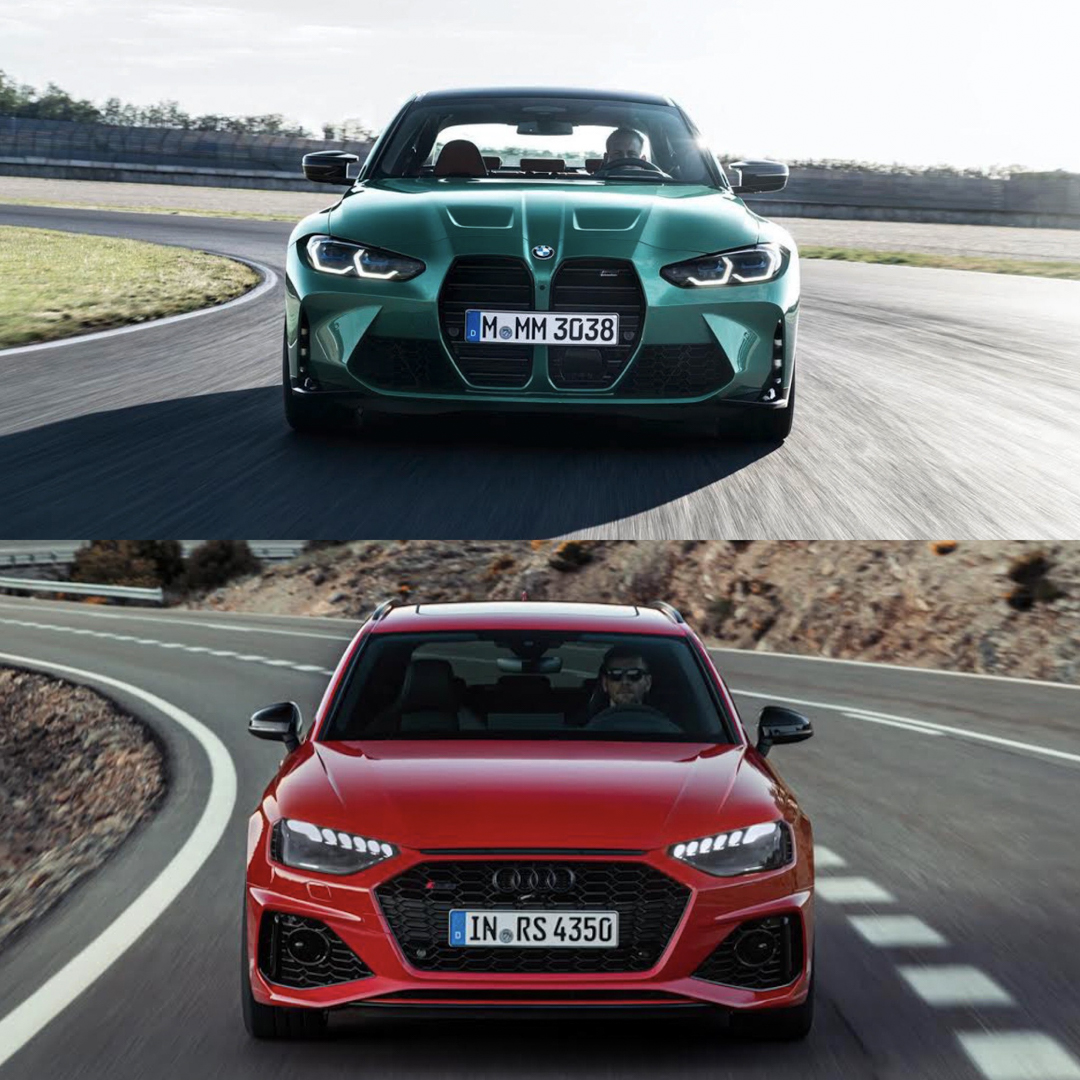 Now that it’s almost impossible to find a BMW that isn’t offered with xDrive all-wheel drive, the two brands compete closer than ever before. So let’s take a look at both brands’ all-wheel drive system, to see which you should choose. 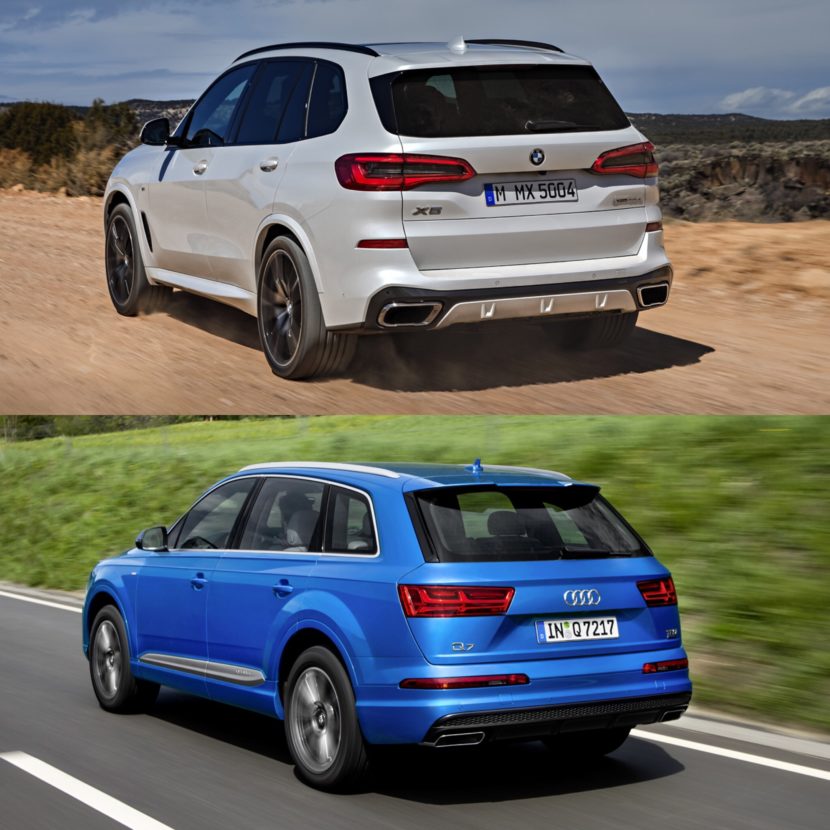 BMW’s xDrive all-wheel drive system is a simple but effective one. In a nutshell, BMW’s xDrive works like this: wheel speed sensors monitor wheels slip, in conjunction with DSC (Dynamic Stability control) and if it detects that a certain wheel is slipping, an electronically-controlled multi-plate clutch connected to the transmission will route power to whichever axle needs it.

Under normal conditions, 60 percent of the engine’s power is sent to the rear wheels, with 40 percent sent to the front wheels. However, theoretically, up to 100 percent of power can be sent to either axle. In more modern versions of xDrive, such as in the new BMW M3, the system can send power to whichever axle will provide the best performance, at any given time.

The advantages of BMW’s xDrive is that its wheel speed sensors can accurately fine-tune the amount of power at each axle and it can send 100 percent of the car’s power to either axle, if need be. It’s also a relatively lightweight system, relatively inexpensive, and easy to package. 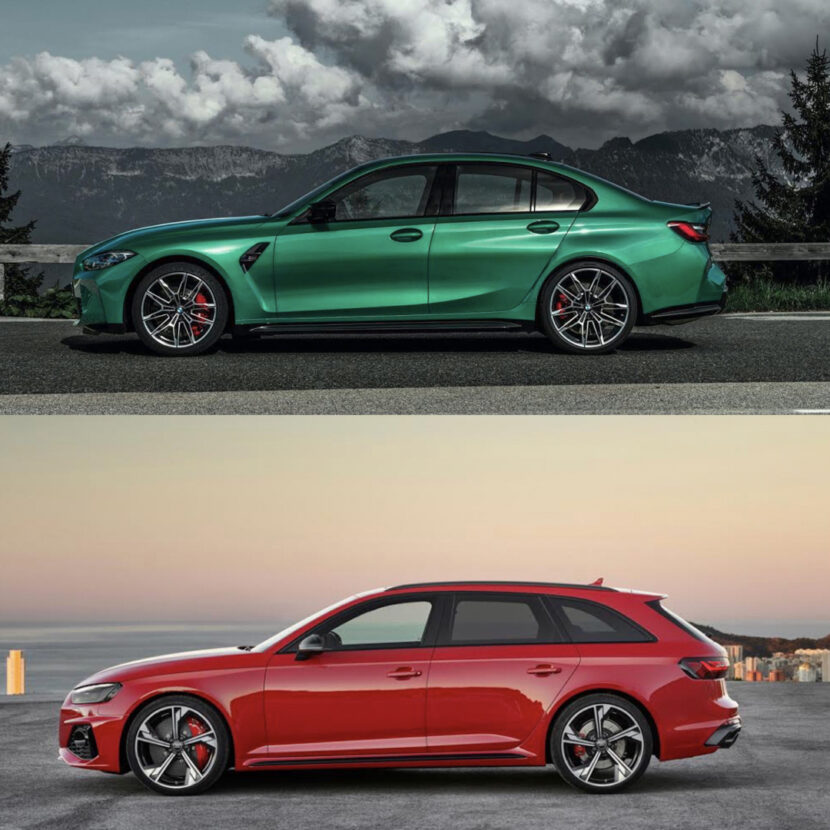 Audi’s all-wheel drive systems can be a bit confusing at the moment. There are actually two different Audi “Quattro” systems but only one is proper Quattro, similar to the one used on the legendary rally car of the same name. Proper Quattro systems use longitudinally-mounted engines, with Torsen center differentials integrated into the back of the transmission. The center diff is mechanical and sends a 60 percent of the engine’s power to the rear axle, with 40 percent going to the front axle, under normal driving conditions.

However, when one axle starts to slip, making its driveshaft spin faster, the center diff then locks up and sends power to the opposite axle. Modern Quattro systems can send up to 85 percent of the engine’s power to the rear axle and up to 70 percent of the power to the front axle, depending on conditions.  So while BMW enthusiasts might mock Audis for being front-biased, proper Quattro-equipped Audis are actually rear-biased.

There are several benefits to Quattro. One is that it’s an instant mechanical distribution of power, without electronics telling it what to do. Also, because a Torsen differential is far more robust than a clutch pack, it’s more dependable, durable, and reliable. In bad weather conditions, Quattro’s ability to instantly and constantly send power to the necessary axle, along with its durability, makes it superior to most other all-wheel drive systems.

Conversely, along with its many advantages, Audi’s Quattro also has a few disadvantages. One is that it’s quite heavy, which is the flip side of its robustness. Also, it’s quite difficult to package, as it sort of elongates the entire powertrain, which is why Audis are always so front-heavy, with their engines slung way far out ahead of the front axle. It also can’t send 100 percent of the engine’s power to either axle, as it must power both axles at least a bit.

Both systems have their advantages and, honestly, both systems work incredibly well. We’ve used both systems quite extensively and have always been impressed with just how well they work. I don’t know if one is particularly better than the other but they do have their strengths.

Having driven them both extensively, from my experience, it seems as if BMW xDrive is better for dry-pavement, performance handling, while Audi’s Quattro is better for adverse weather conditions. However, both are great in almost any condition, which just shows how far all-wheel drive technology has come.