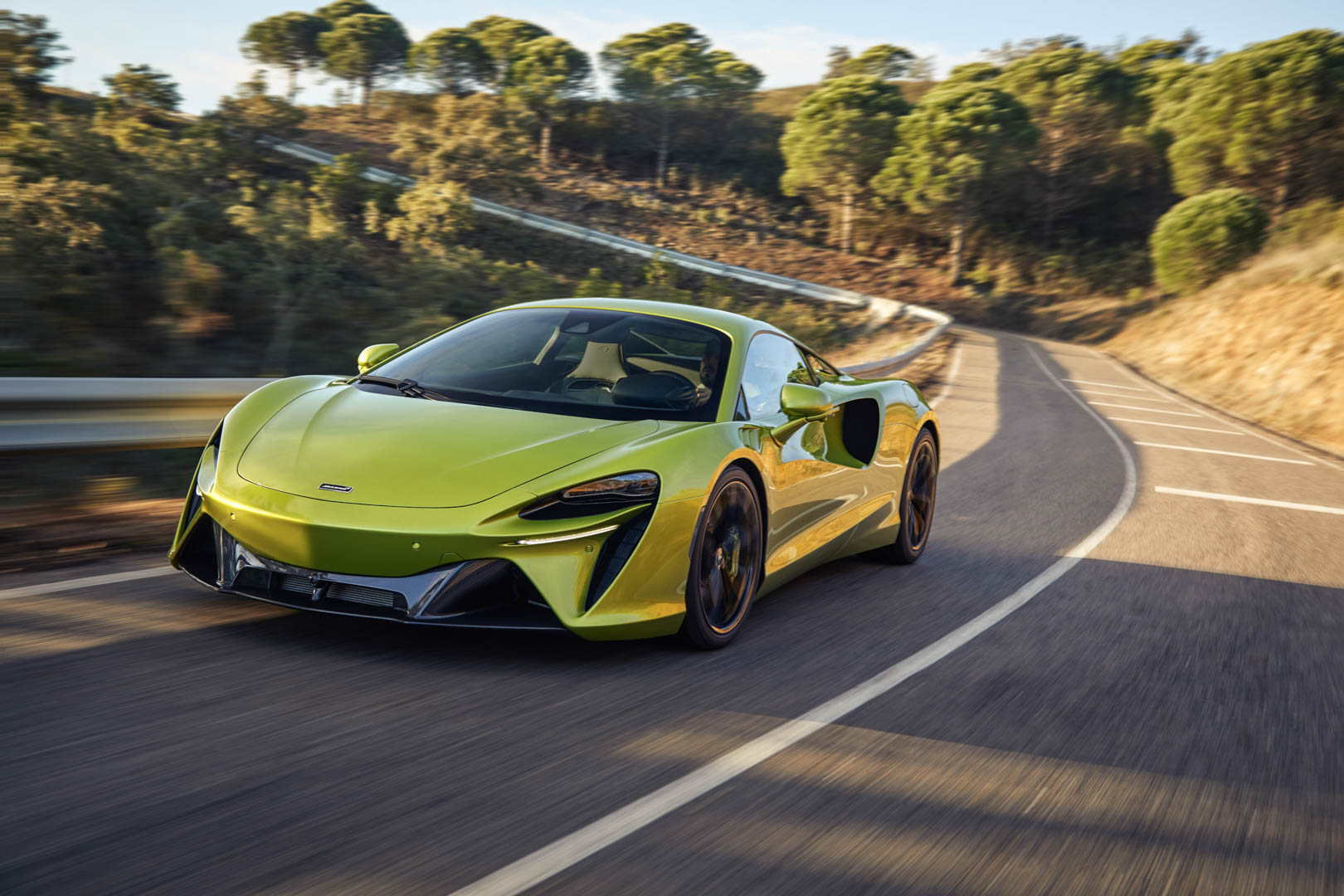 After the official killing off of the BMW i8, fans of the Bavarian brand couldn’t help but feel sad over the demise of a car with almost unlimited potential. When the i8 first debuted, it was revolutionary. However its wow-factor quickly faded, as fans realized that its performance never matched its looks or potential. Fans always felt that the i8 could handle so much more and ALPINA’s attempt to create a more exciting i8 is proof of that. However, fans were left wanting, especially as faster hybrid supercars continued to debut after its release. Just today, the brand-new McLaren Artura showed us all what the i8 could have been and it sort of makes us sad.

The Artura is McLaren’s first clean-sheet model since the MP4-12C. All of its cars since the 12C; the 650, 570 and 720, have all been based on the 12C’s architecture and even used updated versions of its engine. The Artura is a fresh-from-the-ground-up car and it reminds us of the i8 and what it could have been. 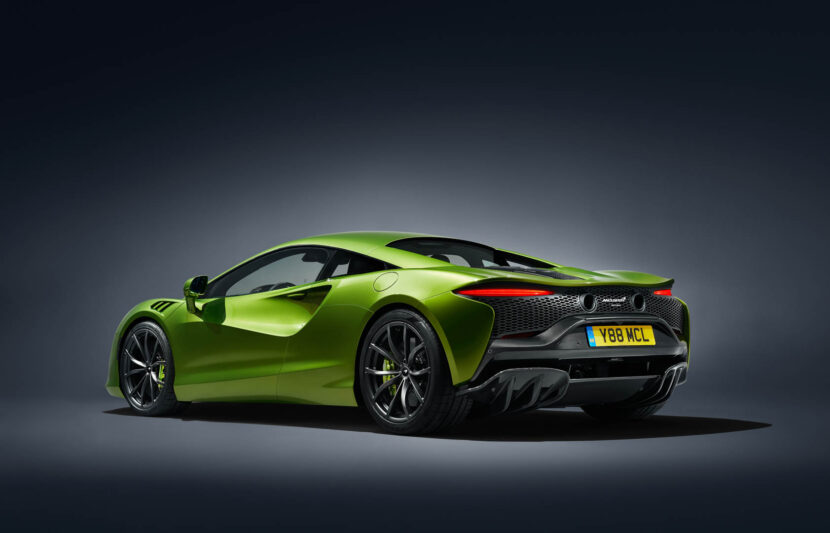 Like the BMW i8, the McLaren Artura uses a carbon fiber monocoque chassis. In fact, in its time, the BMW i8 was the only other car anywhere near the McLaren’s price point that featured a carbon fiber monocoque passenger cell. So the fact that the Artura uses such construction, and is still the only supercar in the segment to do so, reminds us of how revolutionary BMW’s hybrid supercar was.

Speaking of hybrids, the Artura is also a plug-in hybrid, like the i8. There are some differences, such as the fact that the McLaren is only rear-wheel drive (the brand is stubbornly sticking to rear-wheel drive and we’re here for it) and it uses a V6, rather than the i8’s three-pot. Replacing the old McLaren 3.8 liter twin-turbo V8 is an all-new 3.0 liter twin-turbo V6 that revs to a seriously impressive 8,500 rpm. Combined, the engine and electric motor make 680 horsepower (671 bhp), all of which is sent through an all-new eight-speed dual-clutch gearbox to just the rear wheels. McLaren also finally uses an electronically controlled rear diff. 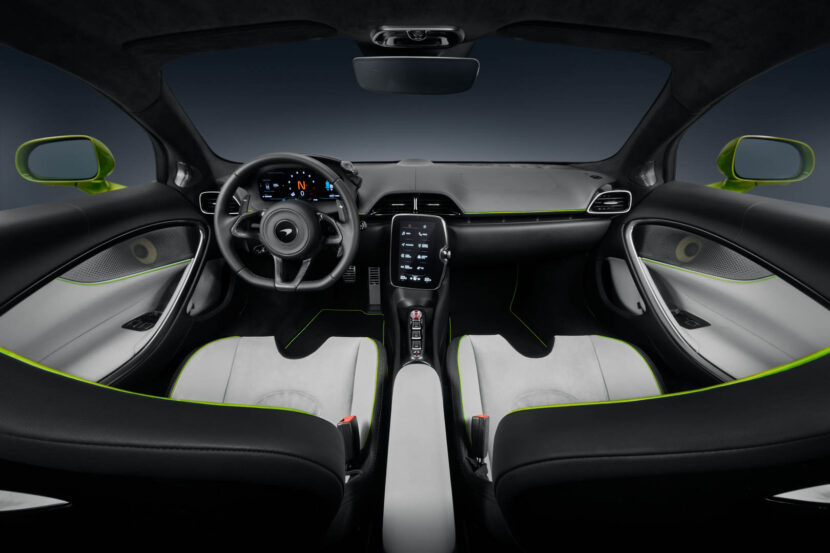 According to McLaren, the Artura can get from 0-60 mph in 3.0 seconds flat. It has to be quicker than that in person, as it has 680 horsepower and only weighs around 3,300 lbs. By comparison, the BMW M5 Competition is faster to 60 mph in the real world and is about one thousand pounds heavier. Yes, rear-wheel drive will hinder the Arutra’s acceleration just a bit but it’s clever aero should sort that out.

When we see this Artura, we can’t help but feel like the BMW i8 had so much more potential. The i8 was also a carbon-tubbed, hybrid supercar with a mid-mounted turbocharged engine and an electric motor. If BMW had created a successor, with a B58 engine and dual electric motors, it would have been absolutely sensational. Of course, we’ve heard all the reasons as to why BMW never created such a car and they’re all valid but they don’t make it any less disappointing. Seeing the Artura makes us wish BMW had the guts to have done it first. 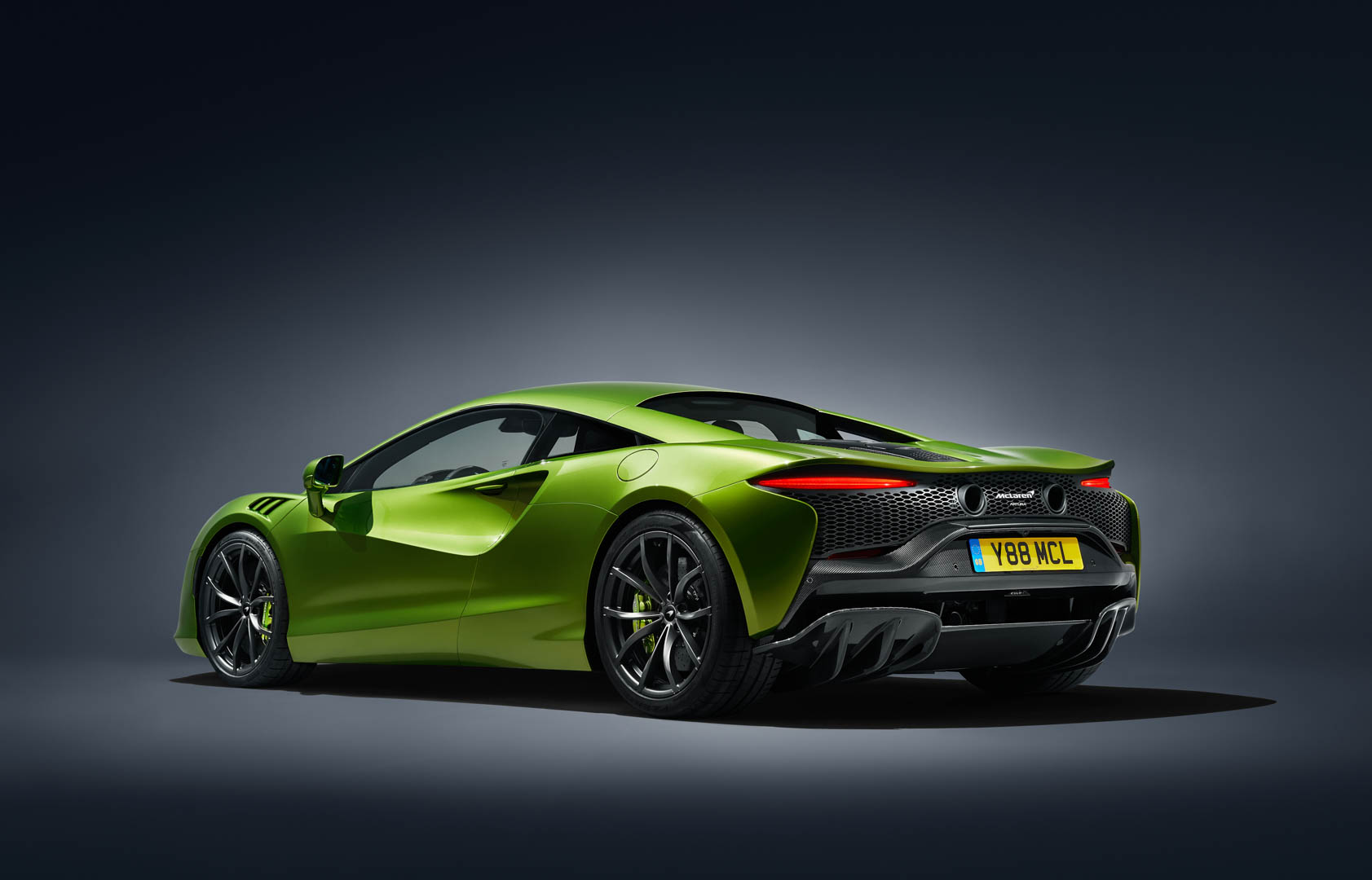 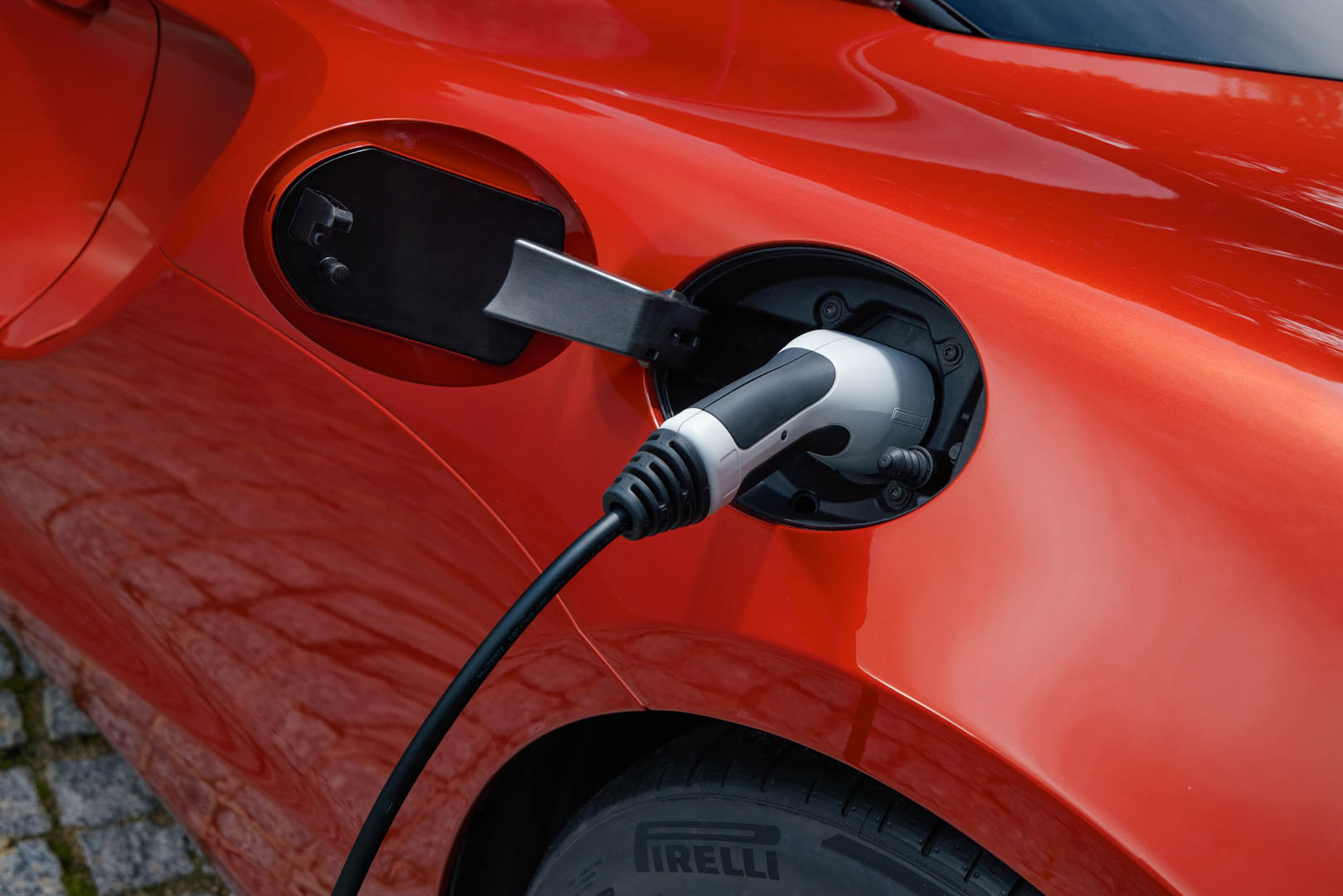 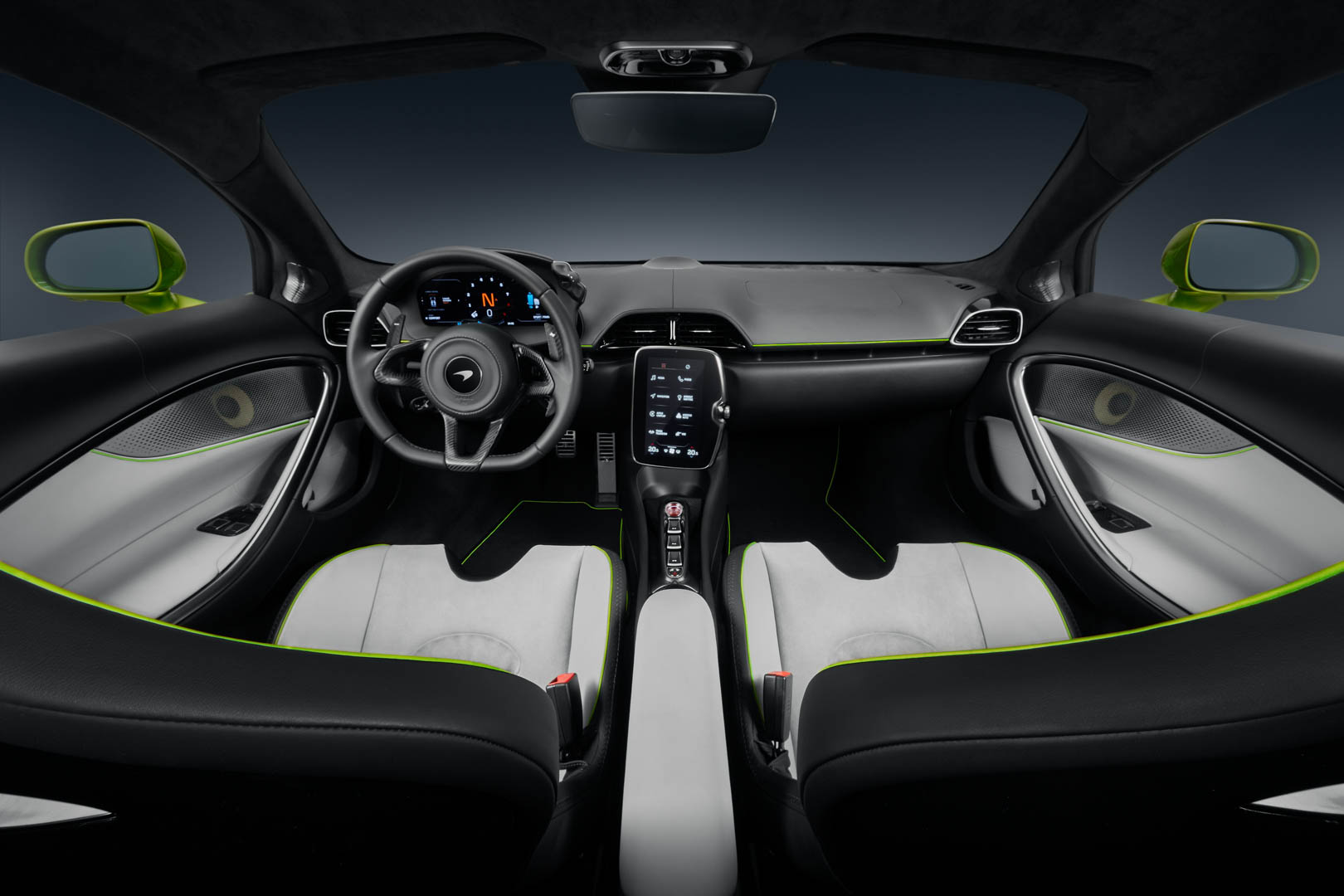