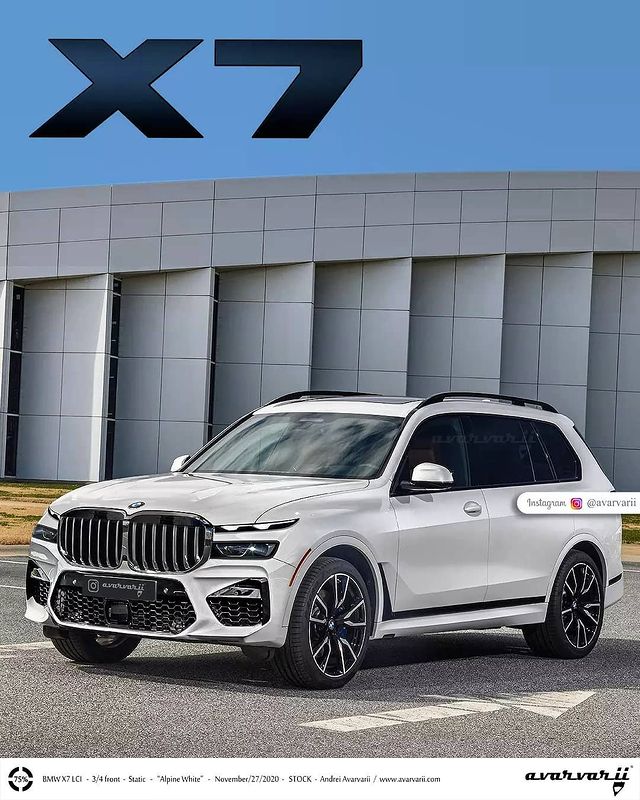 The BMW X7 is one of the brand’s big surprises. Prior to its debut, BMW fans were almost universally dreading its arrival, as its existence felt like the death knell for the brand’s “Ultimate Driving Machine” ethos. However, once the X7 arrived, we all kind of scratched our heads as to how good it actually was. Now, the BMW X7 is considered by many enthusiasts as one of the brand’s best cars, this one included. So the fact that it’s getting a new LCI facelift is good news indeed and some new spy photos have surfaced, showing off that very thing. (We don’t own the photos but they can be seen here)

In these new photos, we see some interesting new changes to the X7’s exterior design, all up front. For instance, the new kidney grilles are every bit as large but they look a bit wider and more cohesively designed. Though, take that with a grain of salt, as we can only see them through camouflage. However, from what we can see, they do look a bit better than before.

More importantly, the new BMW X7 seems to have entirely new headlights that sit lower than before. They also seem a bit more squared off but, again, that could just be the camouflage. The important bit is that they sit quite a bit lower than the pre-facelift car, which sort of evens out the grille design and looks better. Now, they seem a bit more balanced than before.

There are no interior photos here but we’d like to see if there are any interior updates. The BMW X7 sports a fabulous interior and we’d like to see how BMW can change/improve it. When the facelifted X7 debuts, it will almost certainly be the most luxurious car in BMW’s stable and we’re interested to see what that looks like.