Live from Daytona, we bring you some exclusive footage of the new 2021 BMW M4 Competition and M3 Competition. While at the famous 24 hours race, BMW gave us the keys to take a closer look at the G82 M4 and G80 M3. Naturally, we had to capture some noise. This is also the first time we started and revved up the U.S. models which don’t have the OPF like European models. We did capture those on camera also and you can see that video here. In this new clip, you will get to see and hear the engine startup, revs, exhaust sound, interior design details and trunk space.

The previous-generation M3 and M4 used an S55 engine, which was a 3.0 liter twin-turbocharged inline-six. It’s the very same engine that powers the new M2 Competition. While it’s an incredibly effective engine, delivering power and punch at every point in the rev range, it lacks in both its noise and drama. It’s just a flat-sounding engine. This new car, though, uses BMW’s new S58 engine, which is also a 3.0 liter twin-turbocharged inline-six but a far better one. 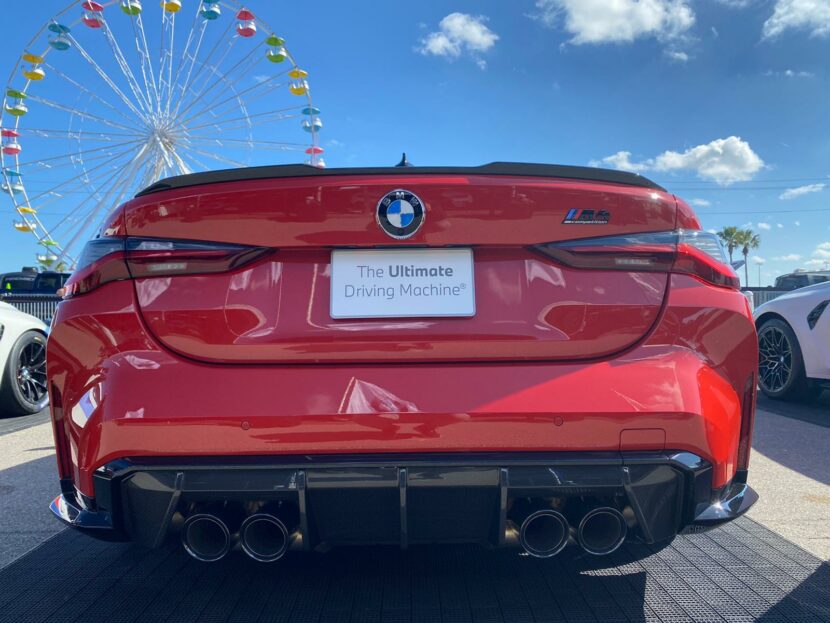 The S58 is based off of BMW’s B58, which is probably the best normal-ish six-cylinder engine on the market. For the BMW M4, that S58 makes 473 horsepower as-standard but can be bumped to 503 horsepower for Competition-spec. Power delivery is performed either via six-speed manual gearbox or an 8-speed M Steptronic transmission with M Drivelogic management unit.

Take a look at the footage below and let us know if it sounds better than the F80 / F82 M3/M4 generation. Also, please subscribe to our Youtube channel so you’d be the first to get notified when we post a video.