BMW is happy with its 2 Series Active Tourer. Enthusiasts find it about as exciting as a documentary about the inventor of paper clips. But that hasn’t stopped the 2er AT from selling. Customers love its space, practicality, comfort and efficiency, all wrapped up in a premium package. While that might not be the most enthusiast-oriented checklist of attributes, it’s one that attracts real-world buyers. Thankfully, this new model might actually be able to bring some enthusiasts into that clientele base, judging by this render. (Motor1 owns the render)

This new render shows off a BMW 2 Series Active Tourer with new headlights that mimic the 5 Series’ slightly and look very slick. They also make the entire front end look a bit more modern and high-tech than the outgoing model. 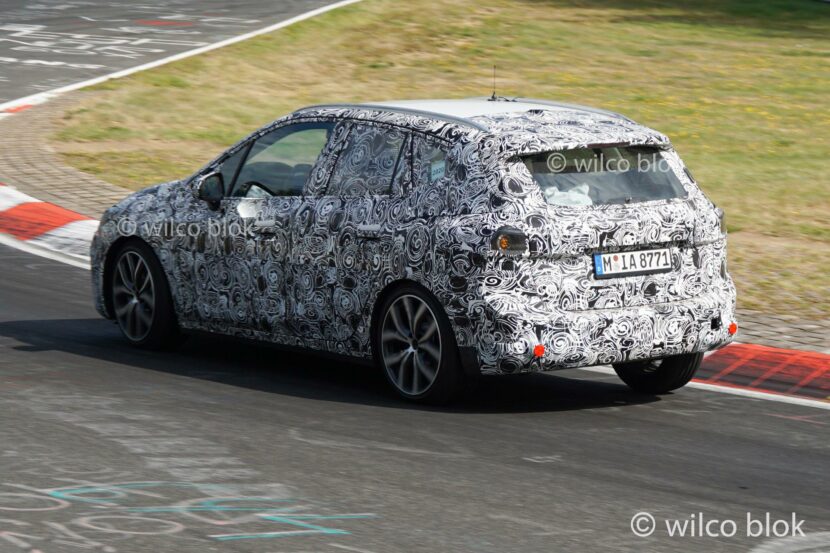 In addition to the new headlights, this render also gives it a new kidney grille. Although, we have a feeling that the grille you see in this render will not be indicative of the actual grille design. Judging by previous spy photos we’ve seen, the grille looks like it could not only be larger than the one we see here but also rounder. Additionally, the grille in the render is similar to the one found in many M Performance cars, while the car in the spy photos seems to have more traditional vertical grille slats instead.

The choice to give the render an M Performance grille is an interesting one, as there might actually be an M Performance version of the BMW 2 Series Active Tourer in the near future. While there’s no guarantee of such things, and we’ve yet to hear anything official about one, we did see a spy video of the 2er AT that sported an exhaust note more befitting an M Performance car than a standard BMW and we doubt the standard car sounds that fruity. So maybe there will be a 2 Series Active Tourer with a grille like this one.