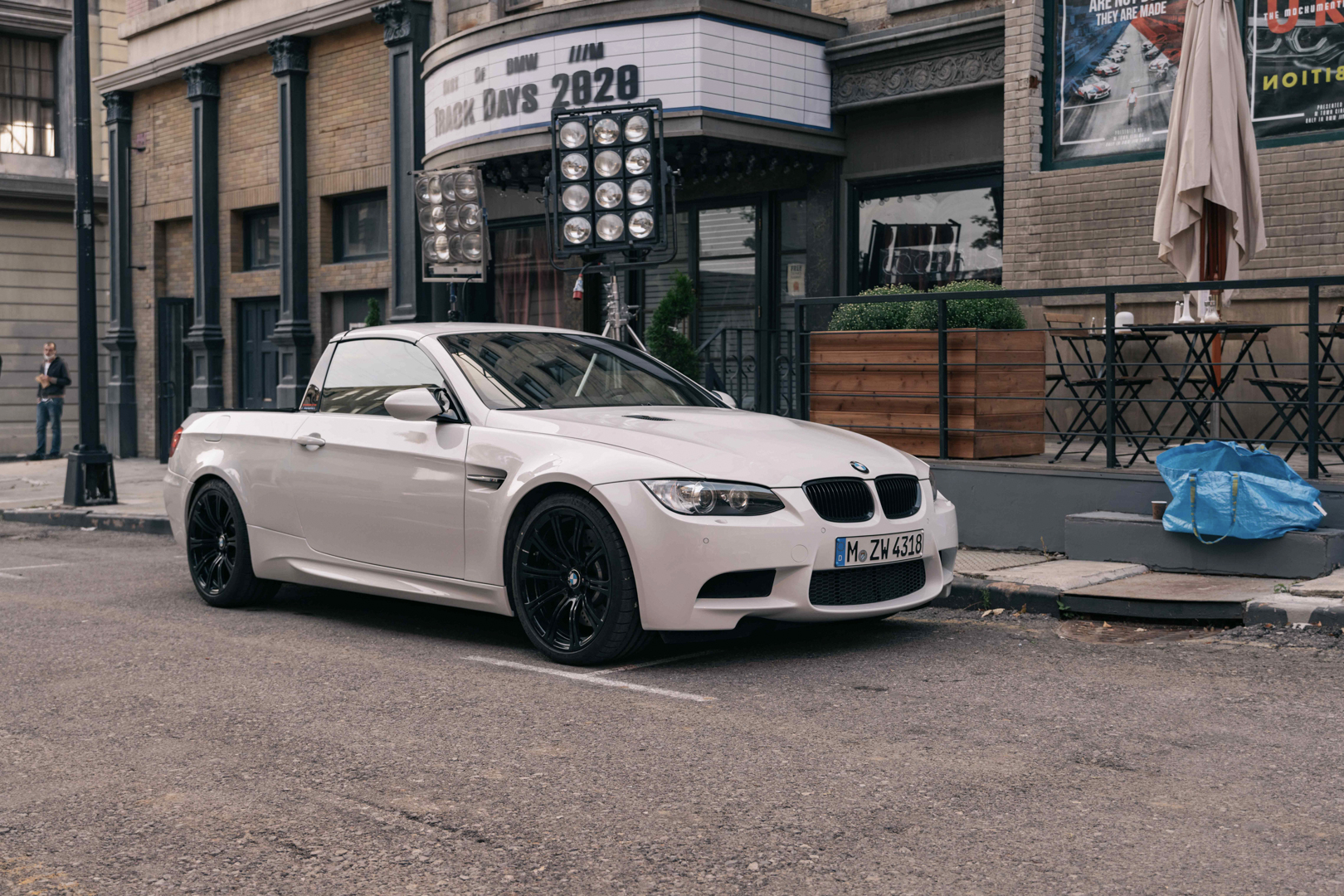 A new video from BMW M released yesterday featured a young enthusiast waking up to news of “The Drop” coming to BMW M Town. In this short video, we see almost every current BMW M model, from the M8 Gran Coupe to the all-new BMW M4 and even the M3 with M Performance Parts. There are even some of the unique one-off BMW M models throughout history, such as the M2 by Futura 2000 and the E92 M3 pickup. Surprisingly, there are also a couple of cameos from YouTubers, such as Shmee150 and Remove Before Race.

But there are a lot of M Division Easter Eggs hidden between the frames as well, from an M3 Touring to an M3 Pickup Truck with a decal on its side doors. It’s this decal that might hint at a future BMW model. The message reads “Electric Service M Town” with a phone number underneath: “089 26 2021”. The latter set of digits are capitalized, so there must be a meaning behind them.

Based on our knowledge gathered in the last few years, BMW M is preparing a series of electrified vehicles. We’ve spoken extensively about the BMW X8 M and more, recently, about the i4 M50. While the X8 M is a full M product, designer and engineered by the Garching team, the i4 M50i is an electric car done in Munich, but with touches from the M Performance division. Both cares are set to be unveiled in 2021, with a market launch a year later, but which one comes out first?

The “26 2021” is likely a reference to Week 26 of year 2021 which starts June 28th and ends July 4th. So we’re almost certain that on that date BMW M will unveil one of the two aforementioned cars. Regardless of which model is introduced first, this will be a big step for the M Division, and also a stepping stone towards a fully electric M car which we expect to see in the form of an M5 by 2025.