When it comes to fast, high-performance sedans that can also be driven daily, it’s hard to beat this current generation of BMW M5. However, the M5 can be a bit too hard-edged for a lot of customers on the day-to-day basis. Instead, many customers prefer something with speed but also luxury, something that leans more toward comfort than handling but still has a stonking engine under its hood. For those people, either the ALPINA B5 or BMW M550i might make more sense. But which of those do you choose?

That’s a tricky one because they’re both so good and, honestly, both so similar. They actually use the same basic engine; BMW’s 4.4 liter twin-turbocharged V8. However, the M550i only makes 523 horsepower and 553 lb-ft of torque, while the ALPINA B5 makes 600 horsepower and 590 lb-ft. Both use the same eight-speed gearbox, xDrive all-wheel drive and rear-wheel steering. Though, the ALPINA has had all of those aforementioned components specifically tuned by the folks in Buchloe. 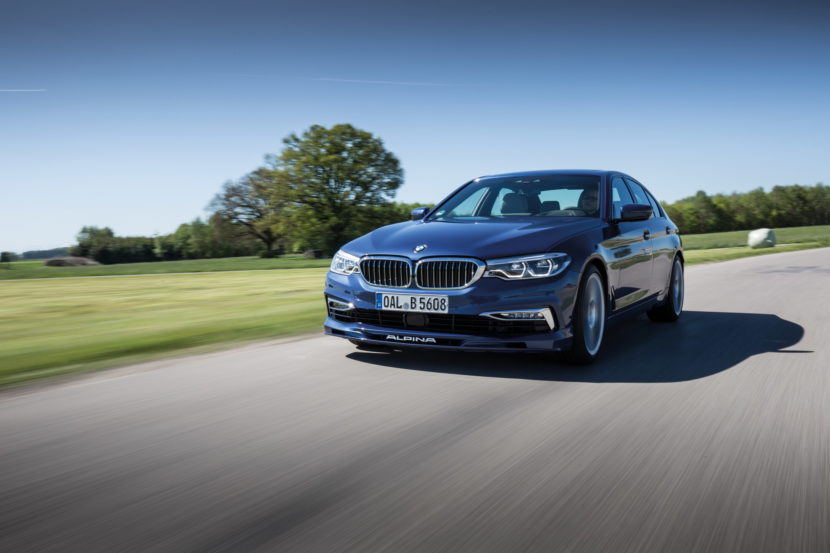 Both cars are also astonishingly fast, fast enough to forget about the actual BMW M5. Sure, the M Division product is faster and more capable than both the ALPINA B5 and BMW M550i but not to the point of being noticeable on the road. The two non-M cars make up for that lack of outright handling superiority with significantly more comfort and luxury, especially in the ALPINA.

When it comes with which one is better, though, it’s like the ALPINA B5. It’s not only more luxurious but it’s also a bit better to drive and it feels a bit more special. Having driven several ALPINAs in the past, I can personally attest to the fact that they just feel different than the standard BMWs on which they’re based. There’s an intangible beauty to the way ALPINAs drive that standard Bimmers can’t match. So it wins this test.