We bring you a new video featuring the 2021 BMW 4 Series Convertible. The second member of the 4  Series family was unveiled yesterday and will go on sale later this year. This new BMW 4 Series Convertible is obviously based on the brand-new 4 Series Coupe, so it gets all of the same new styling elements and mostly the same mechanics. Obviously the biggest change is that its roof folds down.

Last-generation’s 4 Series Convertible used a folding metal roof, making it a hard-top convertible. This new drop-top 4er ditches the folding metal roof for a 40-percent lighter, less complex soft-top and it’s all the better for it. Not only does reduce weight but it also lowers the center of gravity, as that weight loss is up high in the chassis structure. That improves it handling, agility and ride quality two-fold. 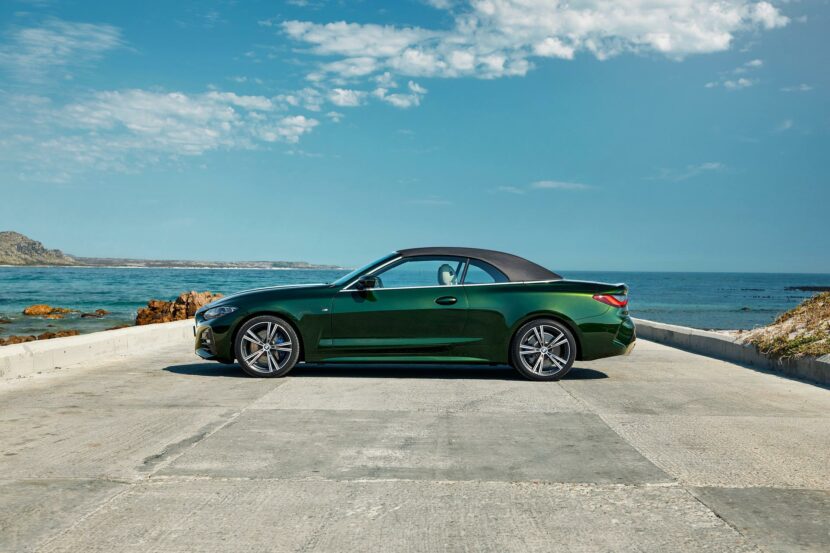 Additionally, moving to a soft-top also increases cargo space. Thanks to having a much more compact roof structure, the new 4 Series Convertible gains an additional 1.2 cubic feet of trunk space, bumping it to a total of 9.0 cubic feet. One cool aspect of this new soft-top roof is the fact that it comes in two different colors. There’s the standard black roof, which is rather obvious, but there’s also the optional Moonlight Black roof, which adds a metallic shimmer to it in direct sunlight.

Aside from those Convertible-specific changes, this new topless 4 Series is still a 4 Series. So it still handles every bit as well; thanks to the same as-standard lift-related dampers or adaptive suspension; and gets the same engines. In the US market, there will be the BMW 430i Convertible and BMW M440i Convertible, both of which will be offered with either standard rear-wheel drive or optional xDrive all-wheel drive. 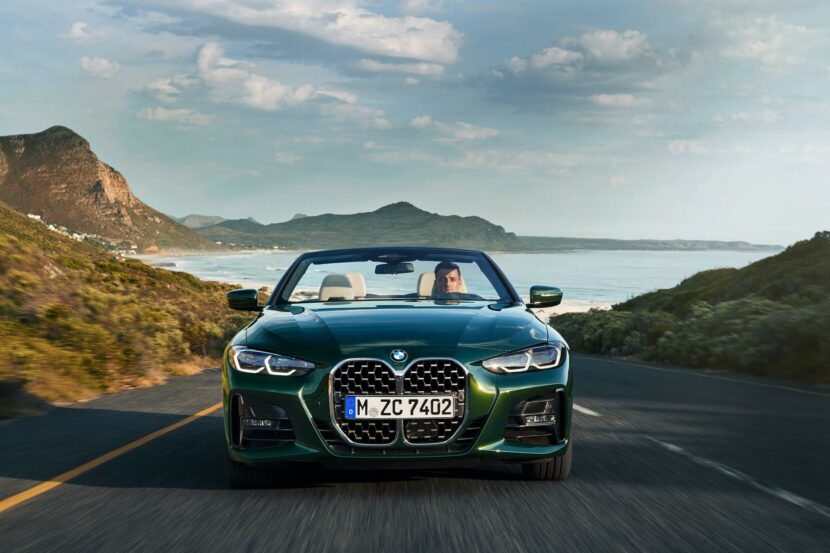 All 4 Series models use an eight-speed automatic transmission. Now, though, there’s a new “Sprint” function that allows for what is essentially an ultra-quick passing mode. If you pull the left paddle and hold it for more than one second, the 4 Series Convertible will kick down to the lowest possible gear, switch everything into its sportiest setting; including engine, suspension and exhaust; the gauges turn sportier and the word “Sprint” appears in the main cluster.

We’re eager to try this to see how well it works, but for now, let’s watch this video and don’t forget to subscribe to our Youtube channel for exclusive videos: