Soft-Top vs Hard-Top: Why the new BMW 4 Series Convertible Made the Switch

Home » Models » 4 Series » Soft-Top vs Hard-Top: Why the new BMW 4 Series Convertible Made the Switch 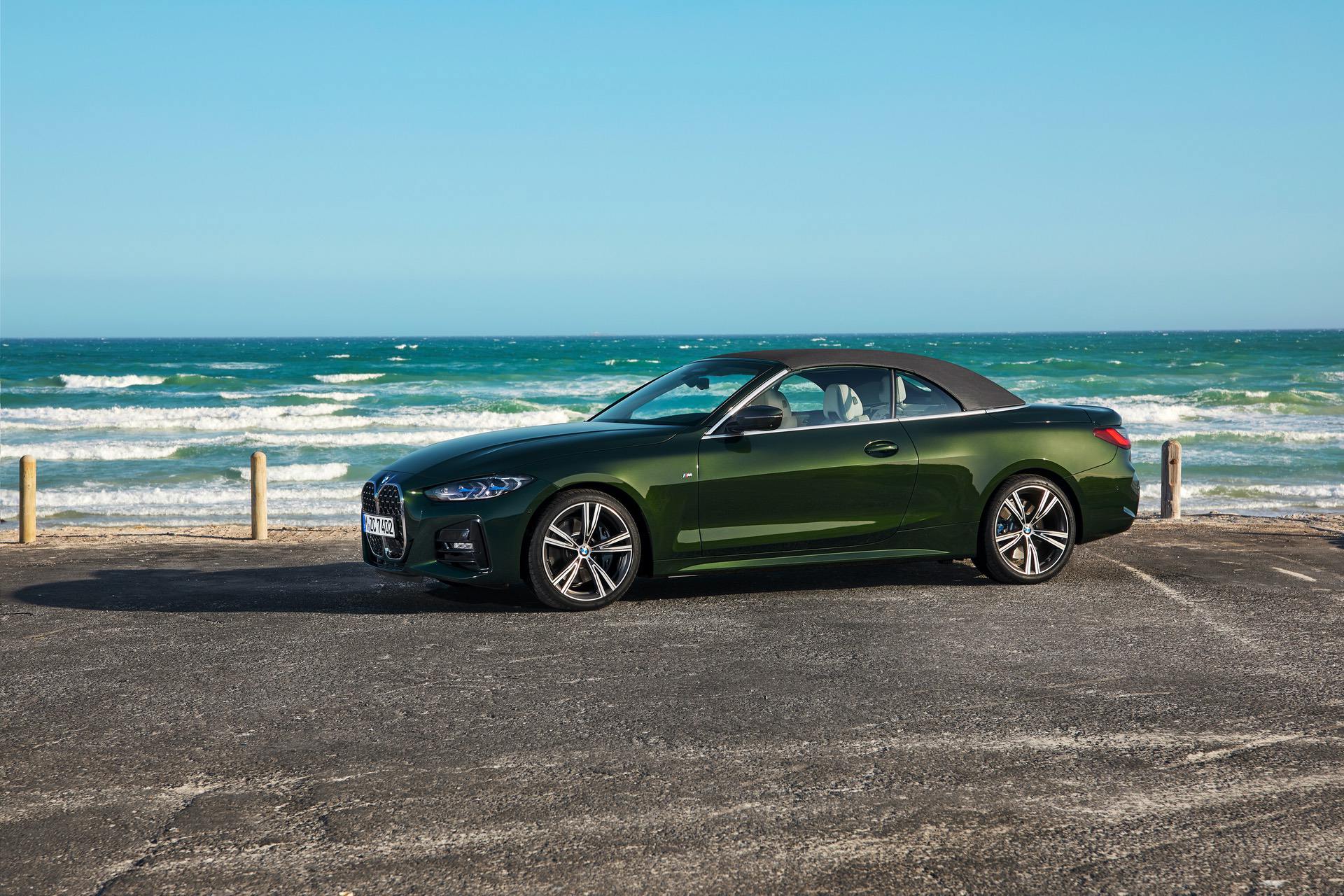 The big news for this new BMW 4 Series Convertible, aside from the physically big news of its new grille, is its roof. For this second-generation of drop-top 4 Series, the roof has been converted from the previous-generation’s folding metal hard-top, to a fabric soft-top. That might not sound like a big change but it actually is quite a big deal and makes a world of a difference.

We’ve known that the 4 Series was going to make the roof-style switch for at least a year now. Spy photos burst that bubble a long time ago. However, the decision to make the switch wasn’t met with universal praise from the BMW fanbase. Many customers preferred the old metal roof to fabric tops for various reason. So we thought it good to break down the pros and cons to both soft-tops and hard-tops to see why BMW made the switch.

Let’s start with weight, as it’s the number one reason for BMW’s roof switch. All convertibles are heavier than their coupe counterparts. The removal of a fixed roof requires extra structural bracing to regain some of the stiffness lost by literally cutting a structural panel out of the car. That additional bracing adds quite a bit of weight. Along with all of the motors, seals and mechanicals that get the folding roof to operate. This is the nature of all convertibles, regardless of the style of roof. 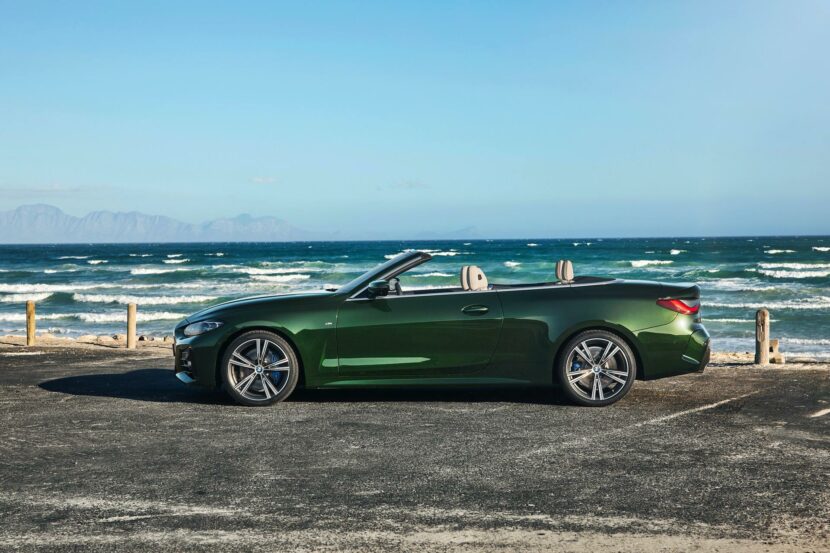 With a folding metal roof, that additional weight goes up dramatically. Not only are you adding all of that aforementioned weight but the actual roof is still comprised of metal panels. Not only does it add weight, though, it adds that weight up top, literally on the roof of the car, which raises the car’s center of gravity. That makes the car handle worse, which requires more work in the chassis to adjust, which can add more weight and the cycle goes on and on.

A fabric soft-top still has all the inherent problems of a convertible but makes up for a bit by actually being quite a bit lighter itself. That reduction in weight really helps, as it not only drops the car’s overall curb weight but helps to lower the center of gravity a bit. So in terms of weight, the soft-top is the better option.

As mentioned earlier, there were a lot of BMW fans and customers that really appreciated the look of the 4 Series Convertible, even with its top up. We were told so specifically in our comments section. That honestly still surprised me, as the F33 4 Series looked like a coupe that’s been in a fight with a bear, with its roof up. Still, some fans really do like it.

On the flip side, the folding soft-top looks fantastic. There’s a reason why Aston Martin, Bentley and Rolls-Royce use soft-top roofs. There’s an elegance, a grace to a soft-top that a metal roof just doesn’t have. Soft-tops look more premium, as you don’t see any creases in metal work, it’s just one unbroken section of fabric roof. 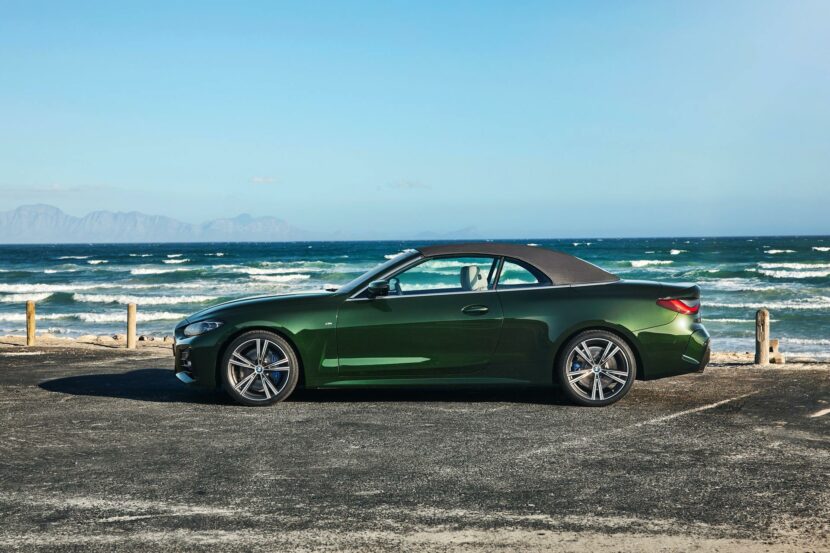 Admittedly, some fabrics on lesser convertibles don’t look so hot but that’s not a problem with cars like the 4 Series and its competitors; they all use high-quality fabric for their roofs.

This is a bit of a trickier category to declare a winner in, as style is subjective. However, we’re going to lean on precedent and say that because the most premium car brands in the world use soft-tops, fabric is better than metal for a roof.

Insulating a cabin from noise and temperature is easy when the roof structure is fixed. However, when it can move around, it’s not as simple. Which is why insulation is a huge factor in developing a folding roof. Theoretically, a metal roof is easier to insulate, as it’s thicker, can be stuffed with more insulating material and, well, has metal on the outside. While soft-tops are a bit trickier to insulate, as they’re thinner and made from fabric.

However, soft-top technology has improved drastically over the past few decades, so modern soft-tops aren’t the same crappy ones your granddad remembers from his Triumph TR6. So a modern soft-top roof is still excellent at keeping wind/road noise out, as well as cold weather. 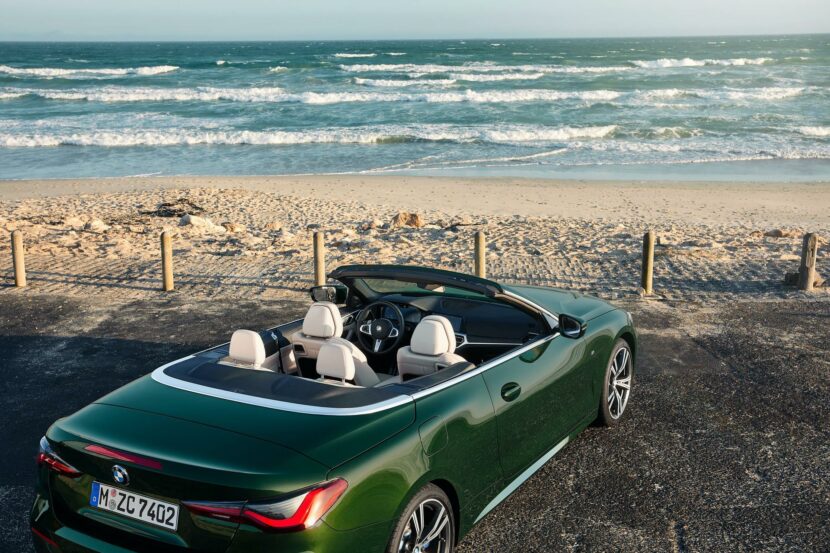 Plus, a metal roof is no guarantee of great sound insulation. I specifically remember driving an E89 BMW Z4 several hours in the rain, in mid-November, with the top up and it was about as quiet and comfortable as an outdoor Icelandic Rave.

Though, it’s still likely easier to keep the cabin comfortable with a metal roof, rather than a fabric one, so it’s likely the better choice for insulation but only by a narrow margin. 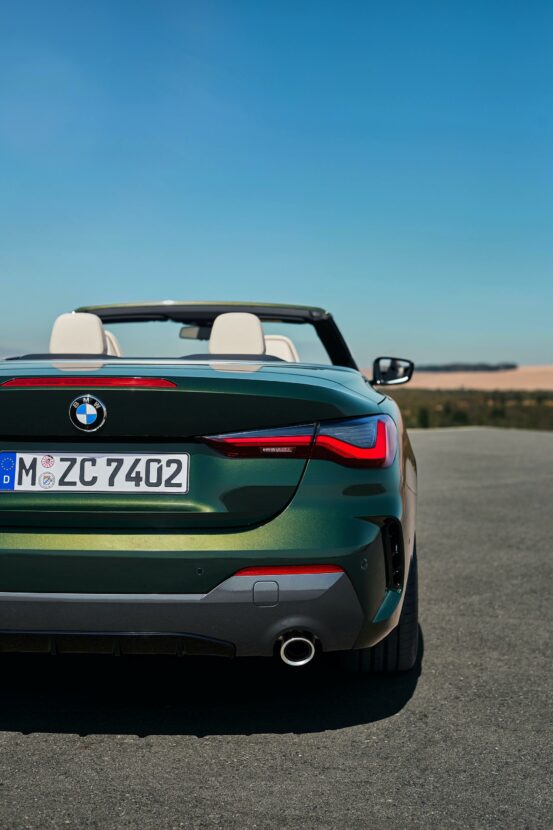 Sometimes you just cant’ cheat physics. A folding metal roof is simply bigger and does not fold together anywhere near as neatly. So when it comes to cargo space after the roof has been folded, metal roofs are simply more intrusive. You’re always going to get better cargo space with a soft-top and the proof is in the proverbial pudding, as the new 4 Series Convertible has 1.2 cubic feet of additional cargo space, versus its metal-topped predecessor.

BMW Made the Right Choice

When BMW decided to switch from the hard-top of the F33 4 Series to the soft-top on this new 4 Series Convertible, many of us BMW enthusiasts were delighted. The new soft-top not only reduces weight, it lowers the center of gravity, gives the 4 Series a more elegant look and improves cargo space. The positives far outweigh the negatives and it seems that BMW made the right move with the 4 Series Convertible.