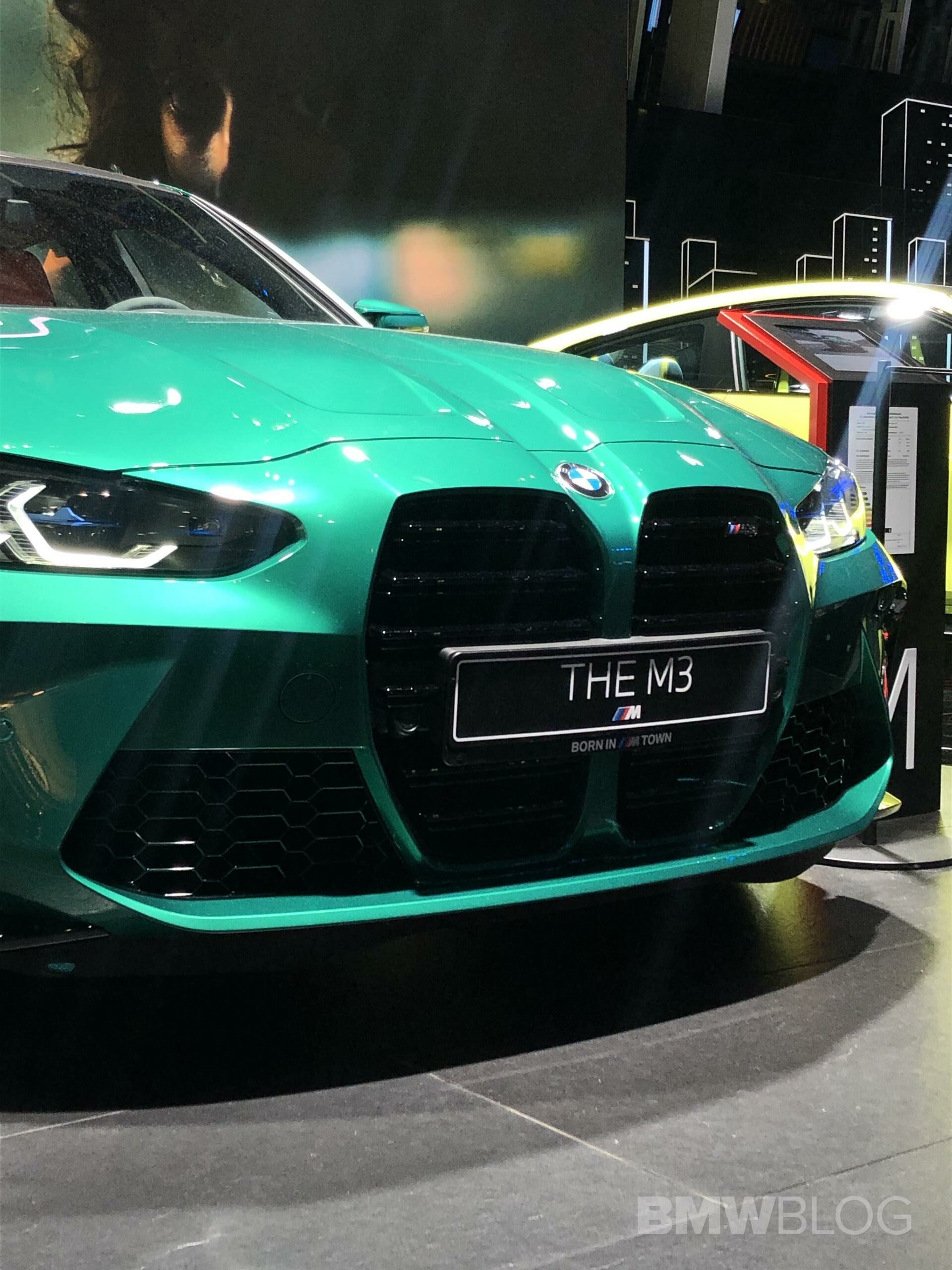 After a web reveal, the new 2021 BMW M3 (G80) is heading for the BMW Welt in Munich. The iconic building is now hosting both the new M3 and M4, in their launch colors: Sao Paolo Yellow and Isle of Man Green. Therefore, we were on site to capture the controversial sedan in all its glory.

Naturally, the first design cue that stands out on the G80 M3 is the oversized kidney grille. Despite countless leaks and teasers, BMW fans have still had a hard time adjusting to the new way of things. The social media channels are filled with very opinionated statements, and in a way, that’s understandable. 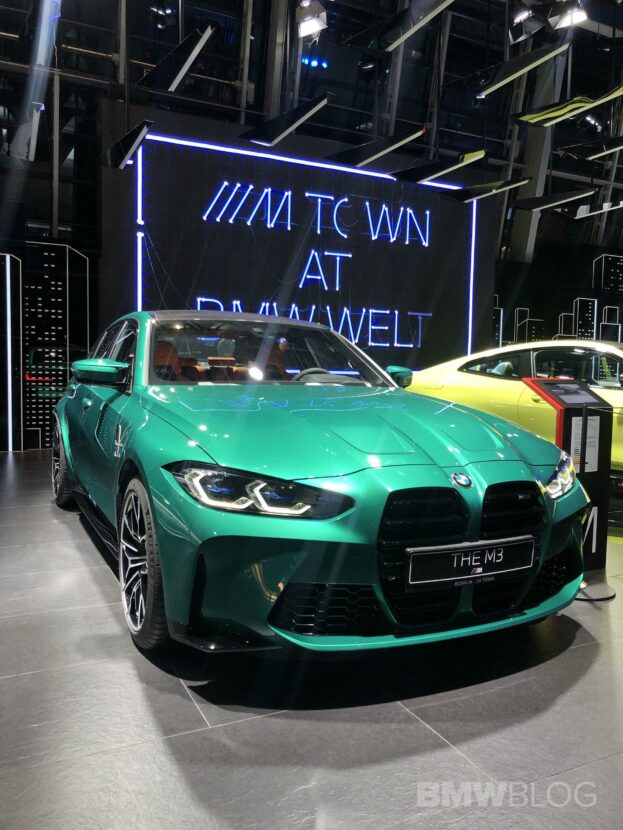 Ever since BMW showed off the Concept 4 in Geneva, fans have been whining about the new grille design for both of its newest M cars. Mostly for good reason, too. The new design is shocking to say the least. However, it’s likely to be an overlooked design element once fans drive the new M3 because its beauty lies under the skin.

Despite the new G20 3 Series chassis being massively improved over the previous generation F30 chassis, the M Division wasn’t content to leave it be for M3-duty. So it’s been comprehensively upgraded to M Division standards, thanks to new aluminum subframes, massive amounts of chassis stiffening and bracing at both the front and rear, newly design aluminum front wishbones and M3-specific multi-link rear suspension setup, to name a few. 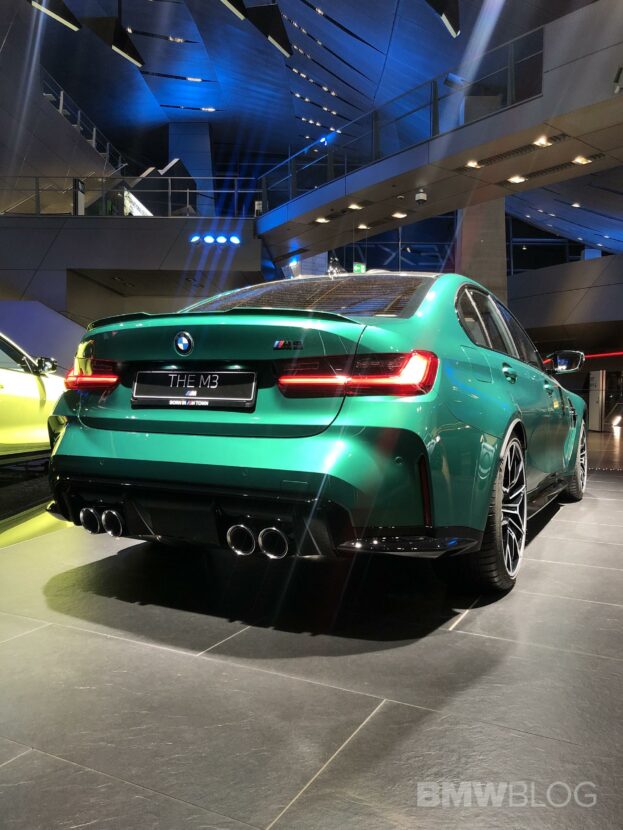 The M3 also gets a wider wheel track than the standard 3 Series, increased camber and improved steering kinematics and elasto-kinematics. The latter of which has been retuned for not only sharper steering response but better feel through the steering wheel itself. It’s even been tuned so that when equipped with M xDrive all-wheel drive, the M3’s steering is unperturbed by the front wheels getting power.

So if you can get past the kidneys, the G80 M3 should put a smile on your face.

Under the unusually-shaped hood, the BMW M3 packs a 3.0 liter twin-turbocharged inline-six (S58) that will come in two different power levels, depending on the flavor of M3 you choose. In the standard BMW M3, the blown-six will make 480 horsepower and 405 lb-ft of torque (550 Nm).

In its standard-guise, the M3 will only come with a manual transmission, which is a fascinating turn of events in this modern era of automatic-everything. The standard M3 will also only send power to the rear wheels, without the option of M xDrive all-wheel drive.

If you want the eight-speed automatic transmission option, you have to step up to Competition spec, which also brings 510 horsepower and 479 lb-ft of torque (650 Nm). While the Competition can only be had with an automatic, it has the option of having either rear-wheel drive or M xDrive.

Test drives are scheduled for next year, so in the meantime, let’s enjoy these static videos and photos, courtesy of @chrism2f87. Also, don’t forget to subscribe to our Youtube channel, we have a lot of videos coming up. 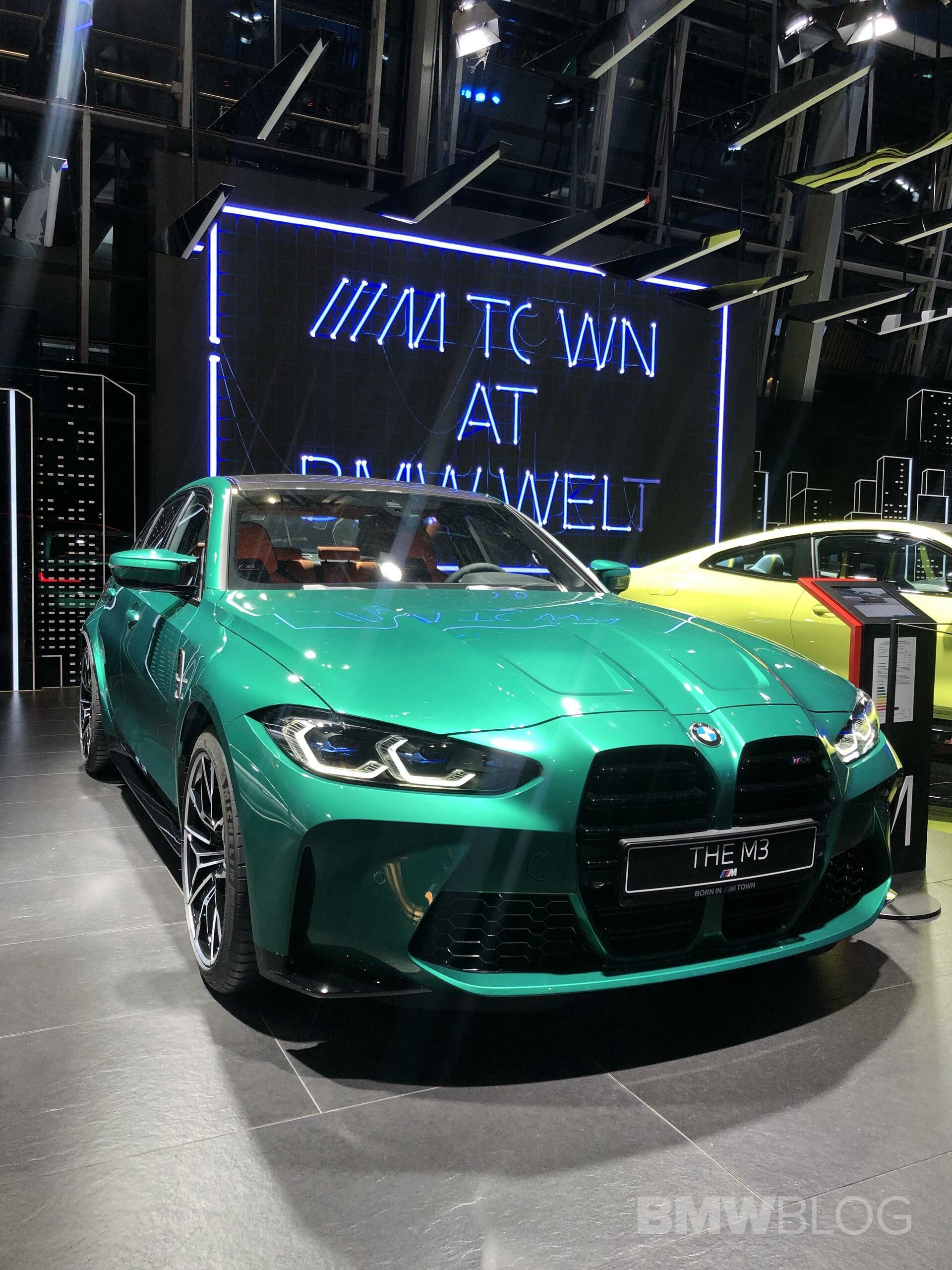 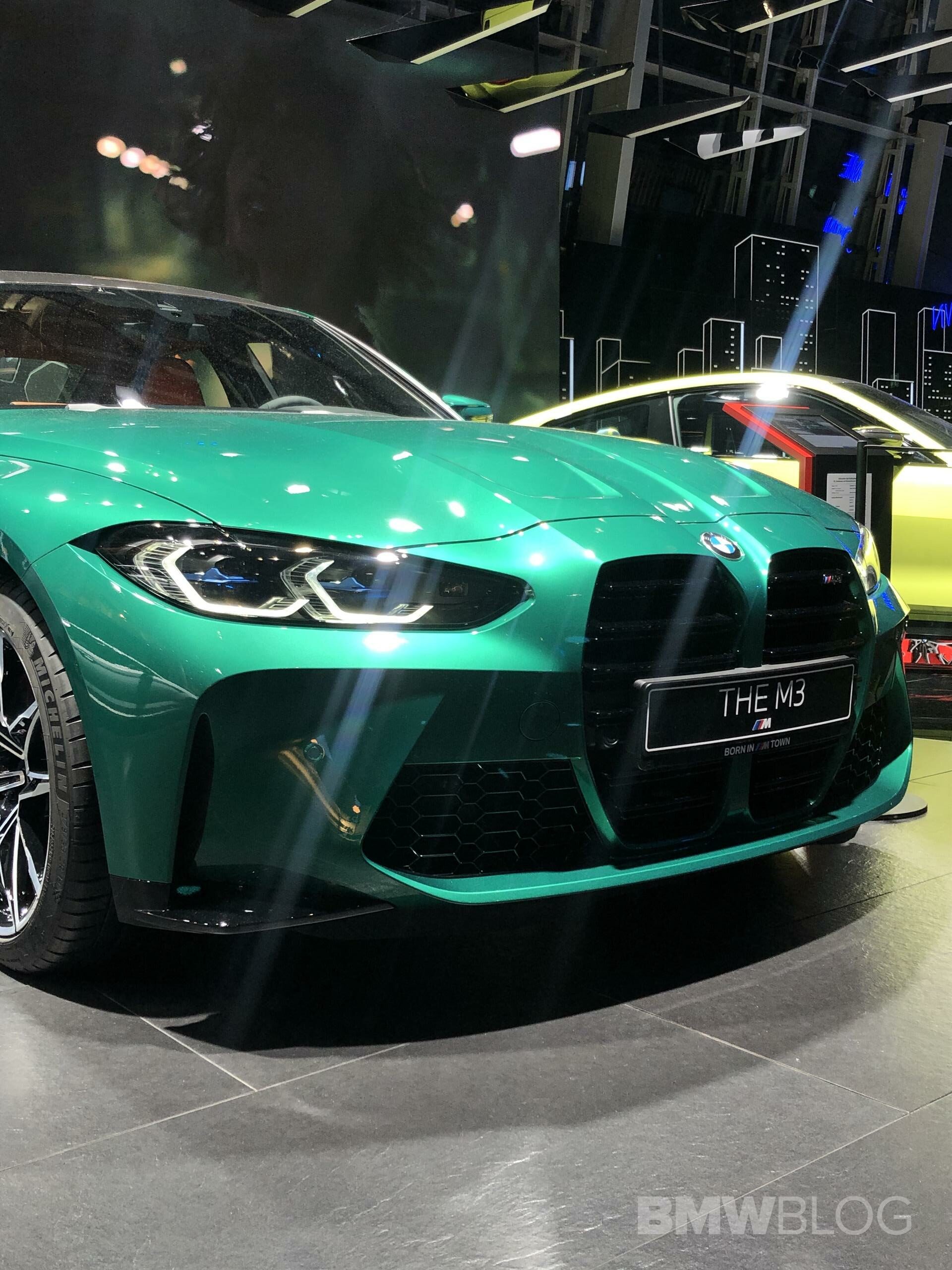 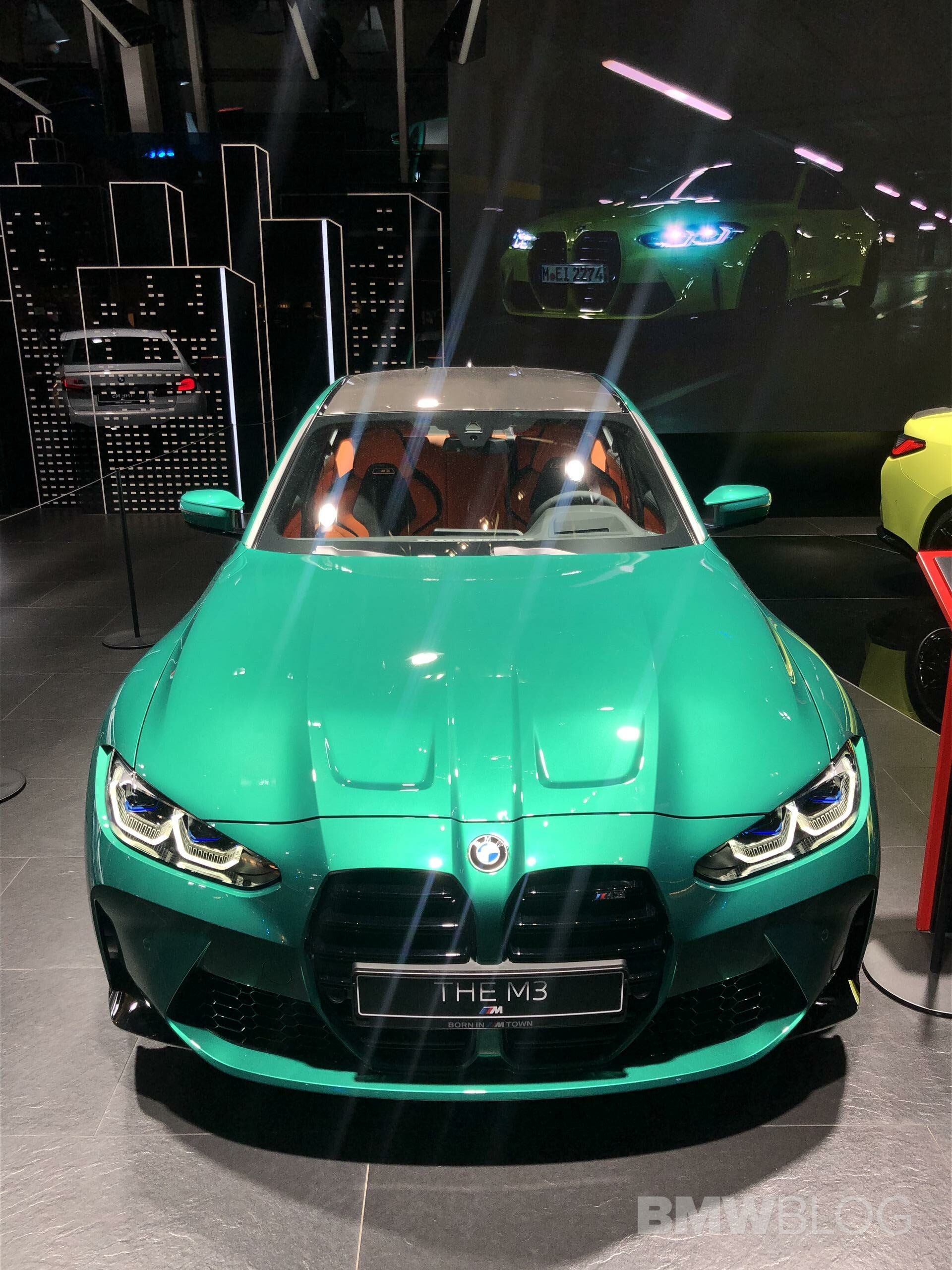 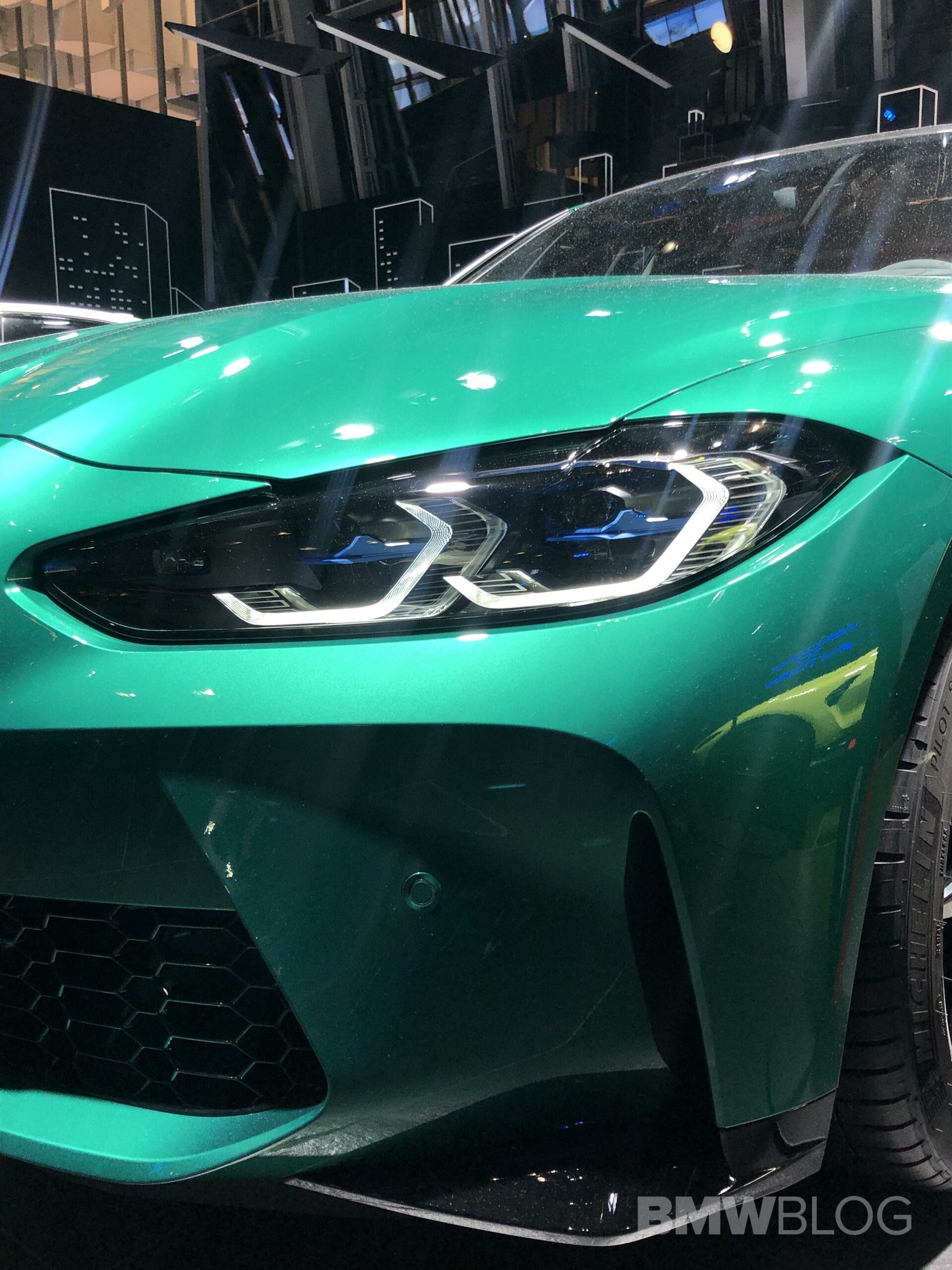 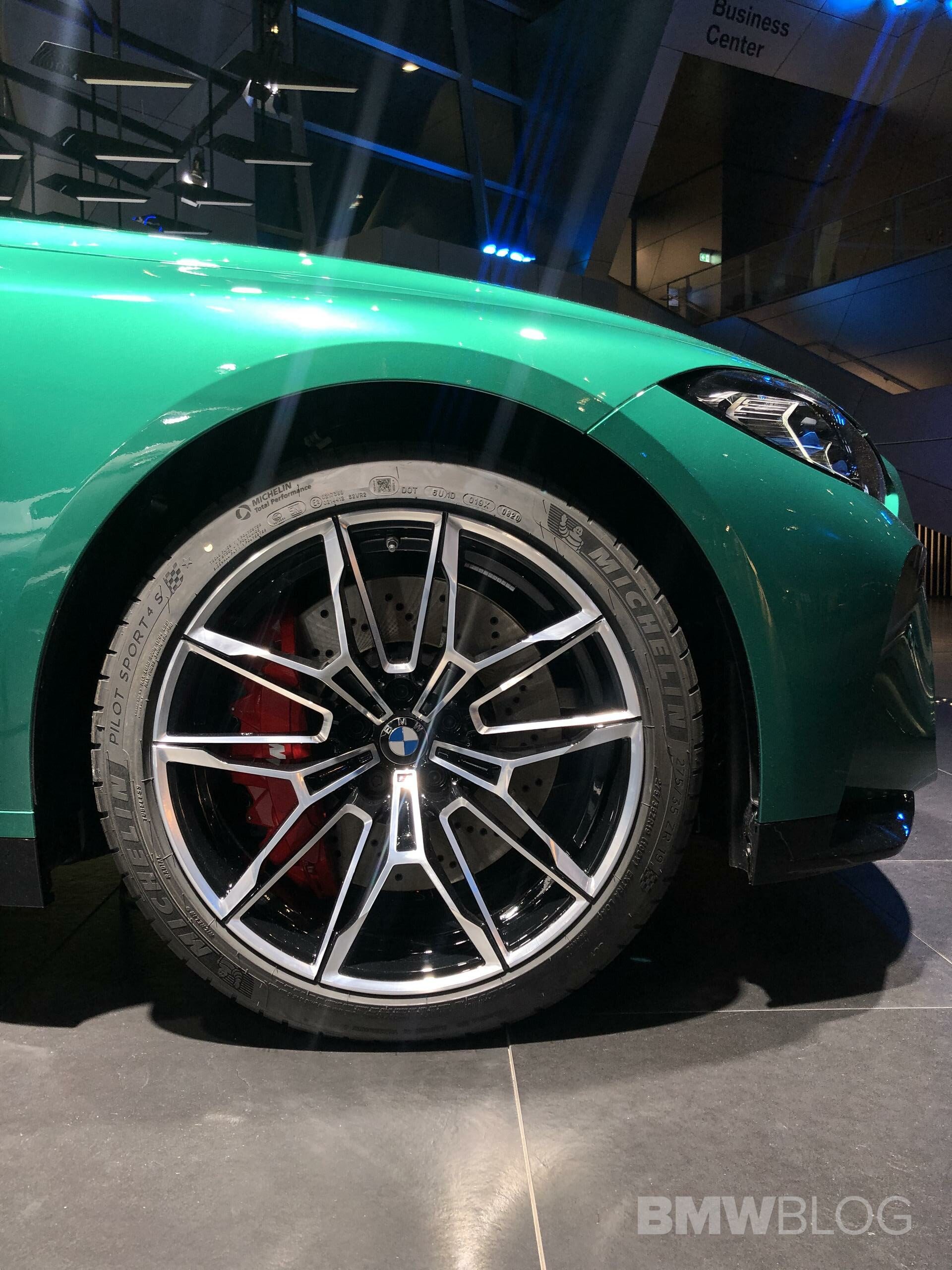 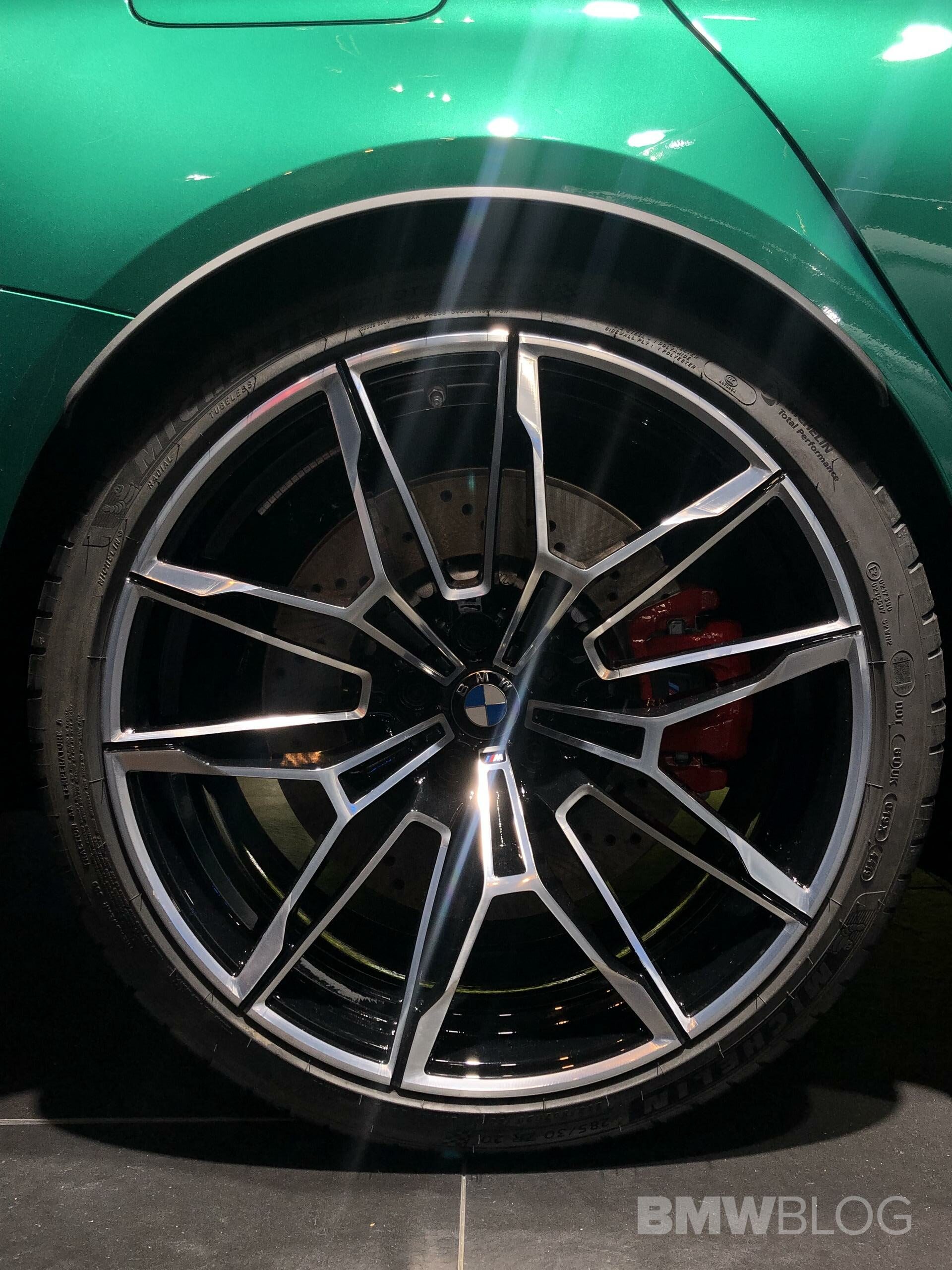 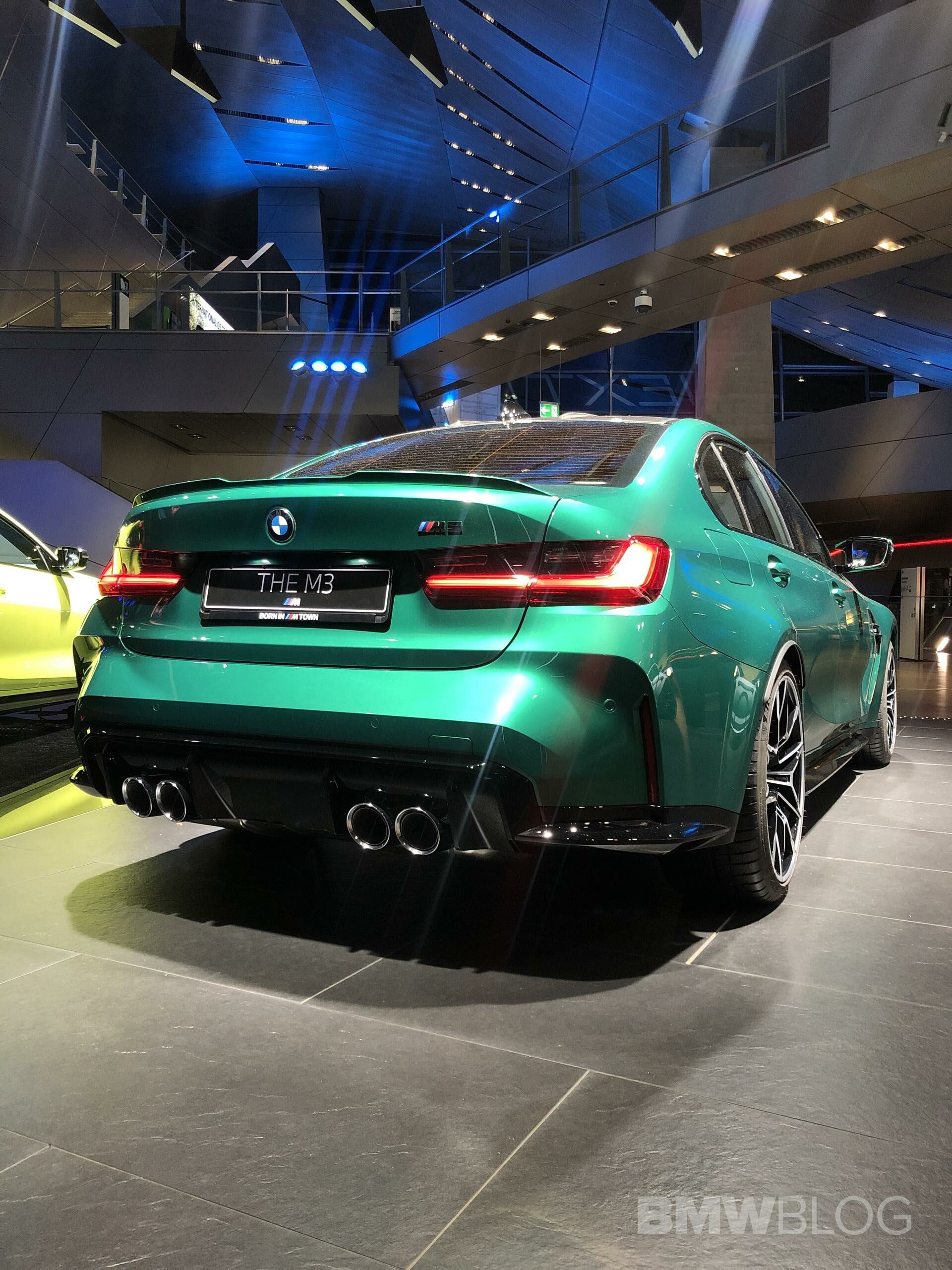 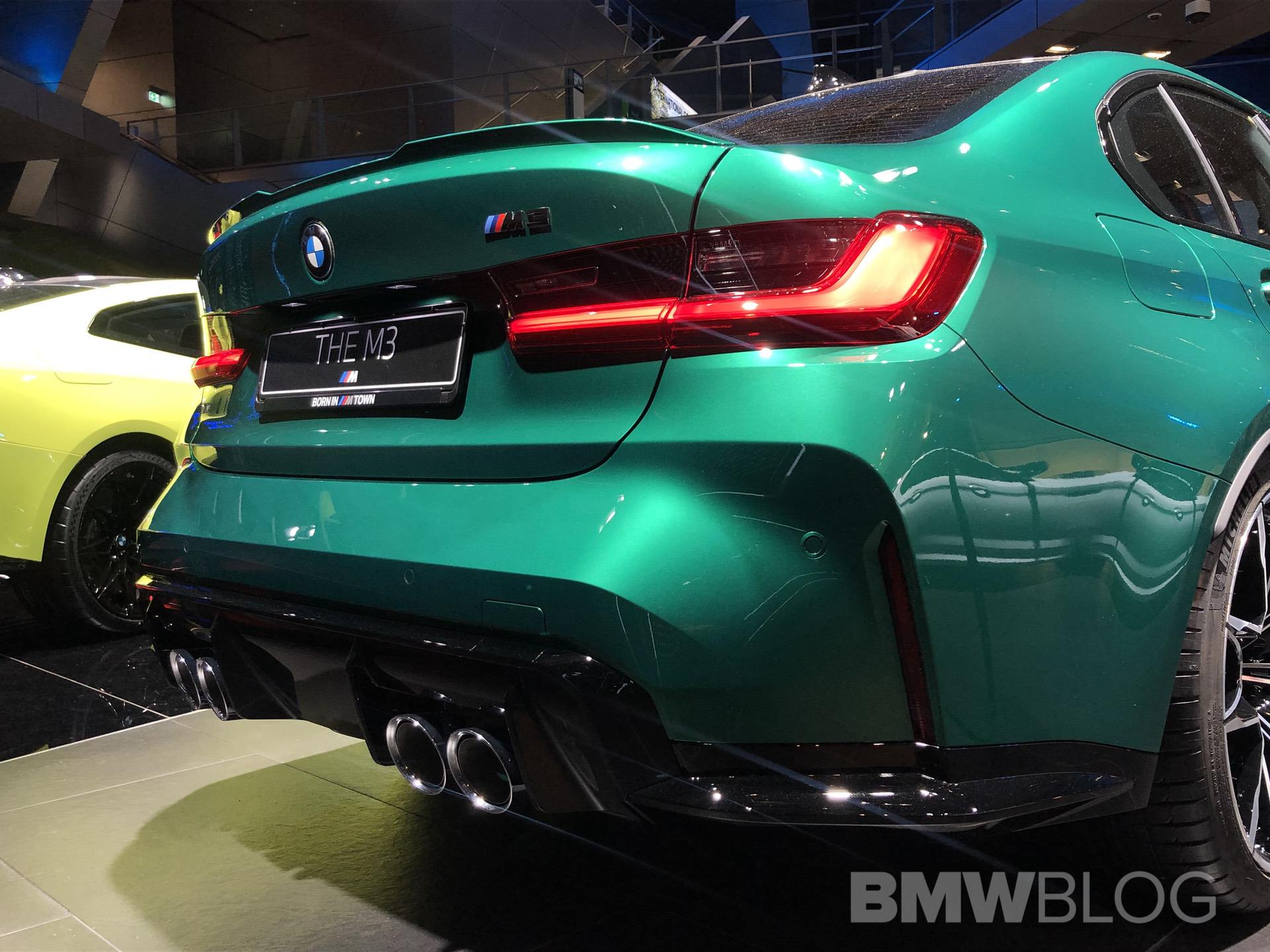 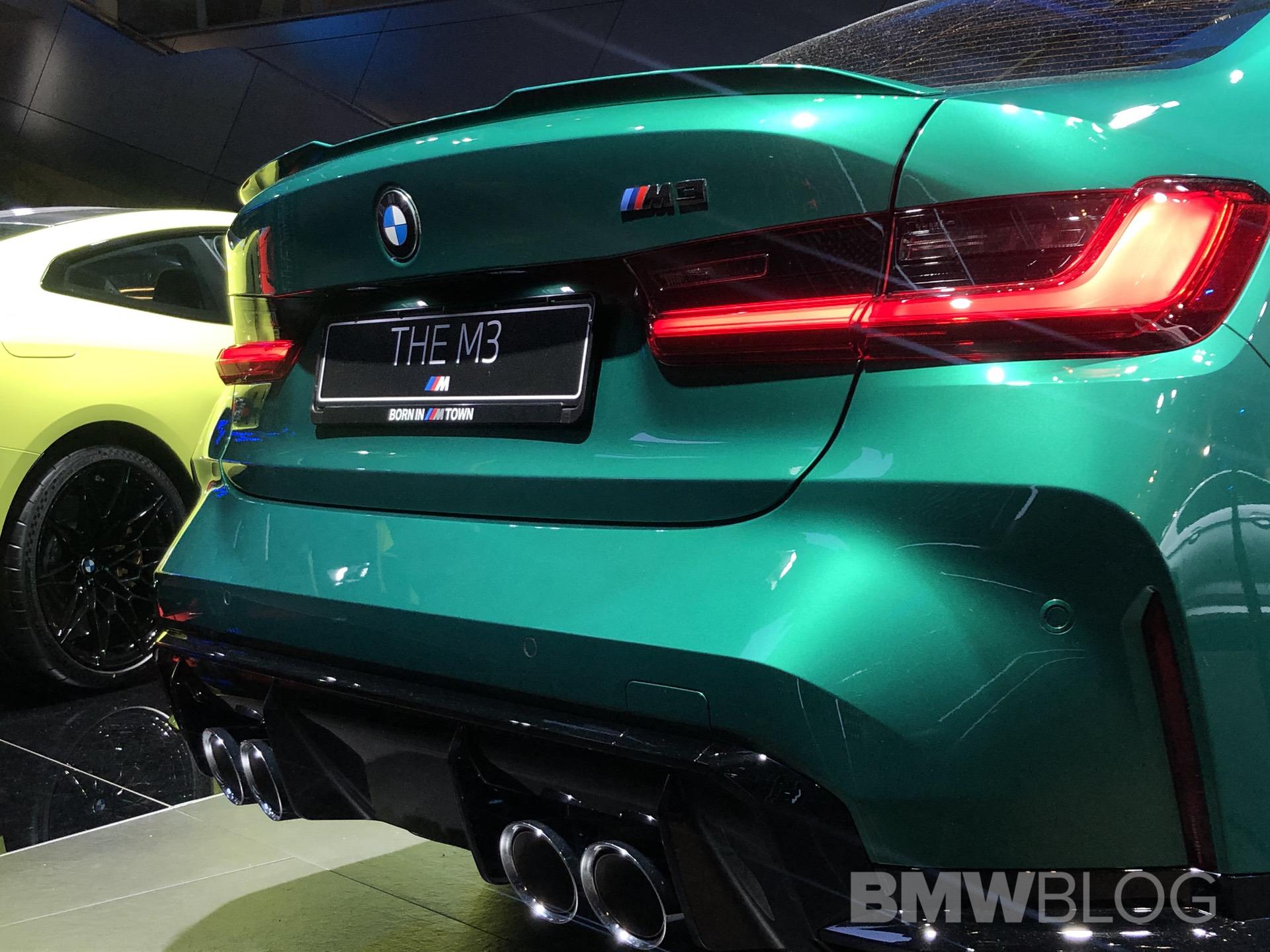