Munich Pilot Plant to use augmented reality in prototyping

Home » Munich Pilot Plant to use augmented reality in prototyping 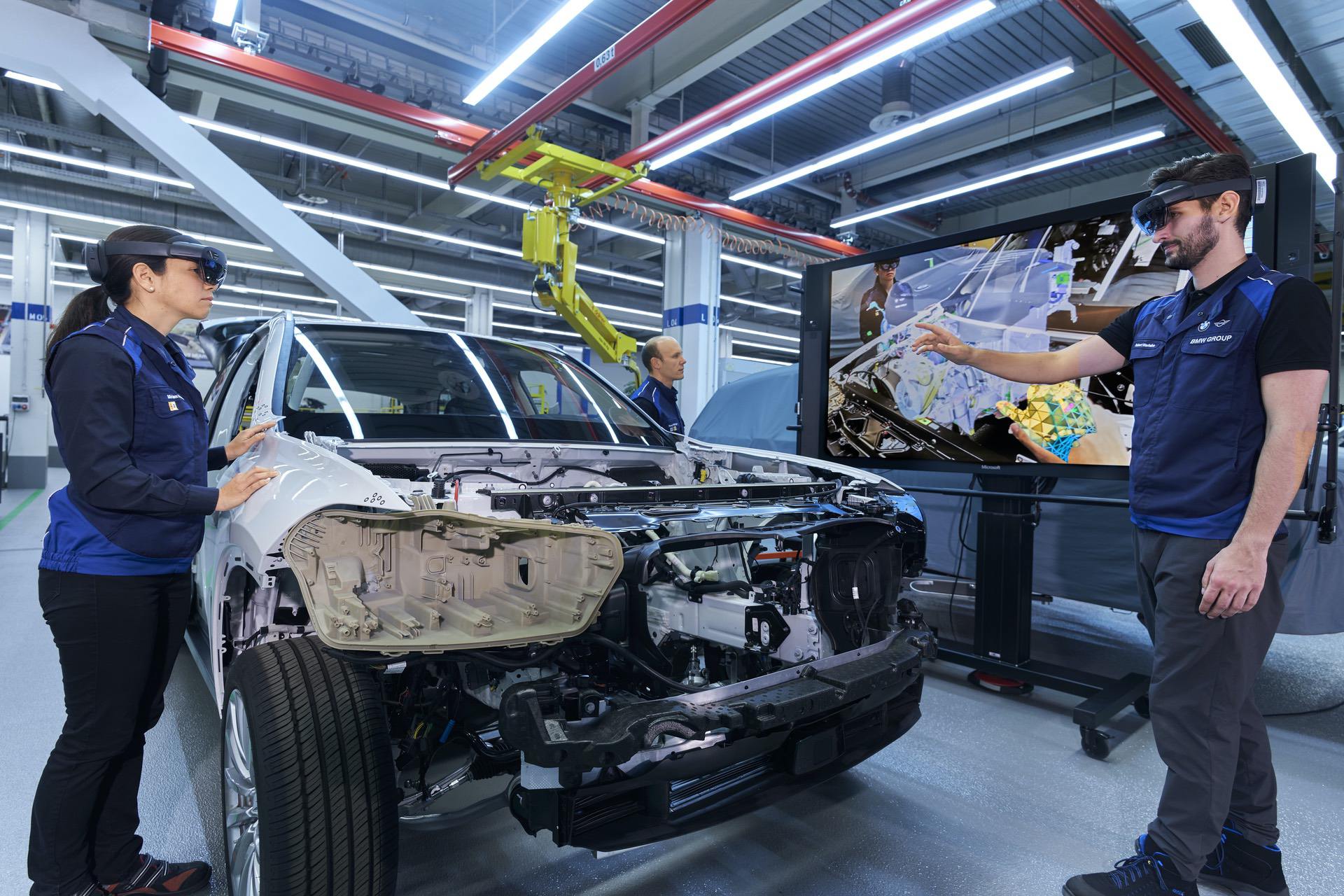 The Munich Pilot Plant is using a new augmented reality (AR) application in vehicle concept and prototype engineering. The unique approach to prototyping will speed up the process by as much as twelve months, from individual vehicle sections through to complex production stages.

AR goggles allow real geometries – on a vehicle body, for instance – to be overlaid with true-to-scale holographic 3D models, so a range of concept variants and assembly processes for future series vehicles can be assessed flexibly and cost-efficiently.

Michael Schneider, head of Complete Vehicle at the Pilot Plant: “The AR goggles and CAD data allow us to find out much more quickly whether the production worker will be able to fit the component properly later on, in series production. That way, we need far fewer test setups.” 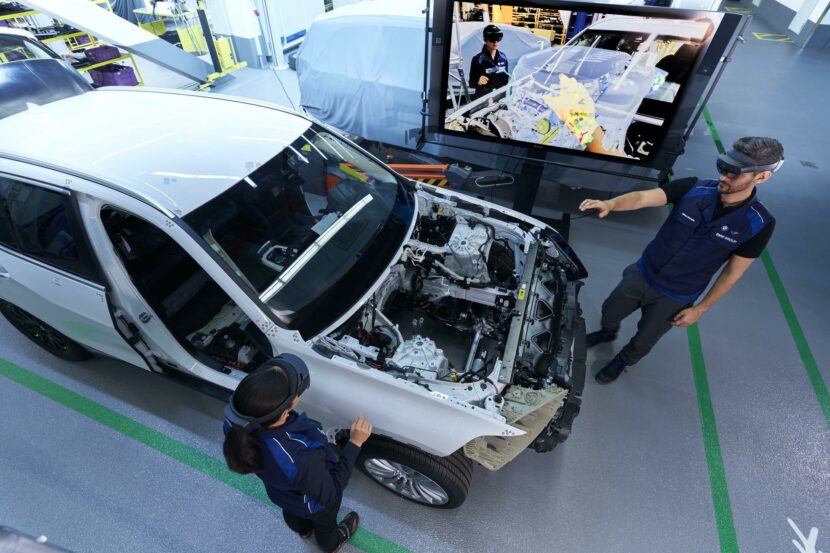 Christoph Leibetseder, head of Digitalisation, Prototyping and Measurement Technologies at the Pilot Plant adds: “Another key advantage is that it saves us time and money when we integrate new vehicles into production.”

Vehicles and their components are visualized on a platform linked to the BMW Group’s product data management system. CAD files of components are drag-and-dropped from the web-based database to the AR goggles, which the specialists can then use to reproduce the data in 3D and their original size in a realistic environment. The AR application is controlled by hand, allowing direct interaction with virtual components. 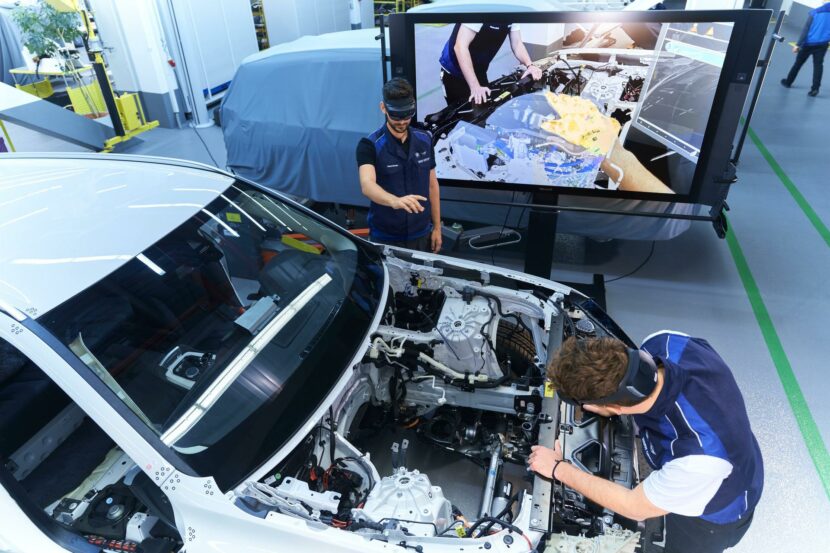 With the AR application, a simple hand movement is enough to modify not only the size but also the position and angle of components. In addition, cross-sections can be created to provide a view of the vehicle’s inner structures. Another advantage is the collaborative working: people at different locations around the world can now employ multi-user mode to team up and review designs and concepts together, and identify any errors.

The BMW Group’s Pilot Plant is located in the Research & Innovation Centre in Munich, with three further associated facilities to the north of the city, in Hallbergmoos, Oberschleissheim and Garching. With a total area of 100,000 m2, it is home to 850 associates, who work on up to six vehicle projects simultaneously. 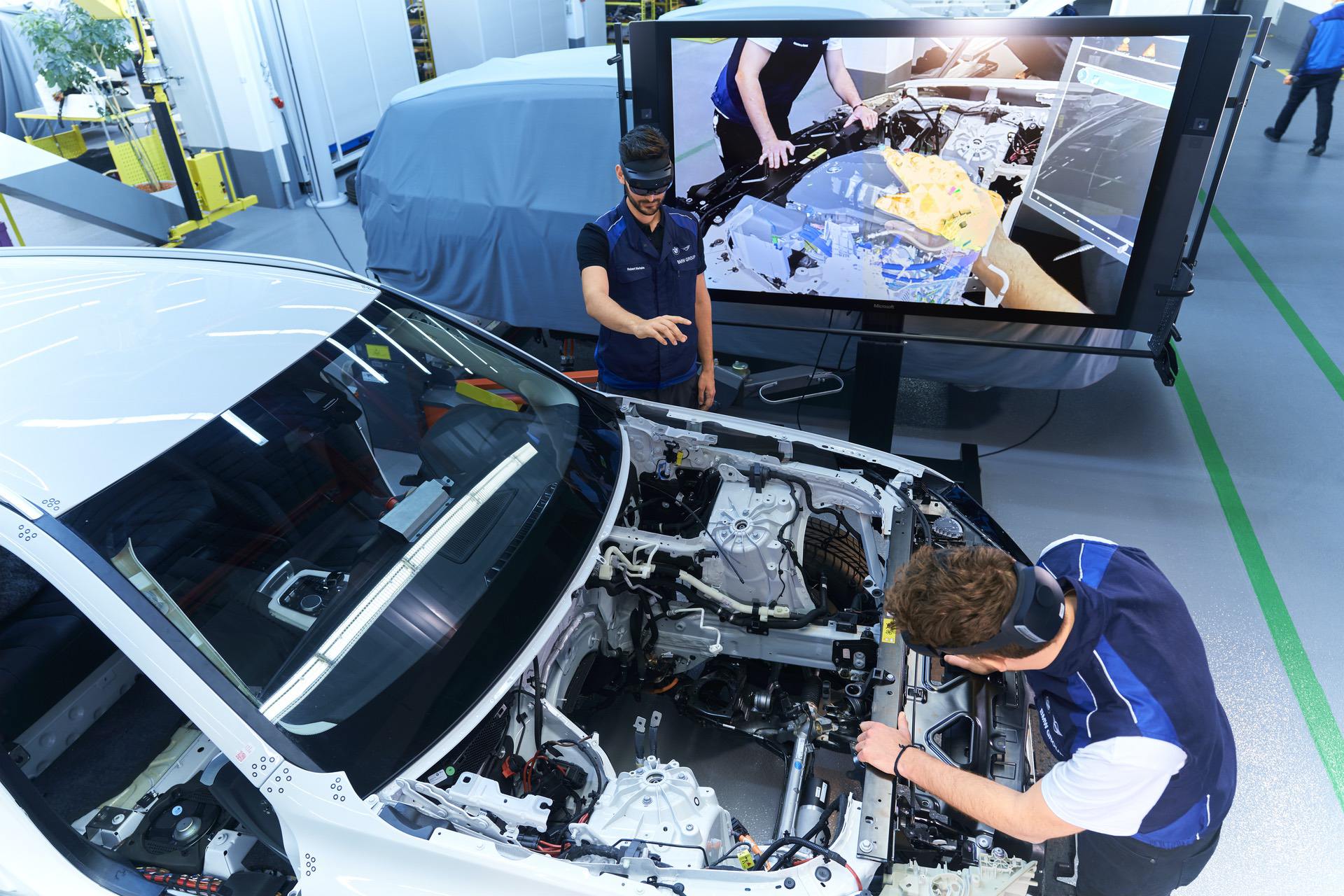 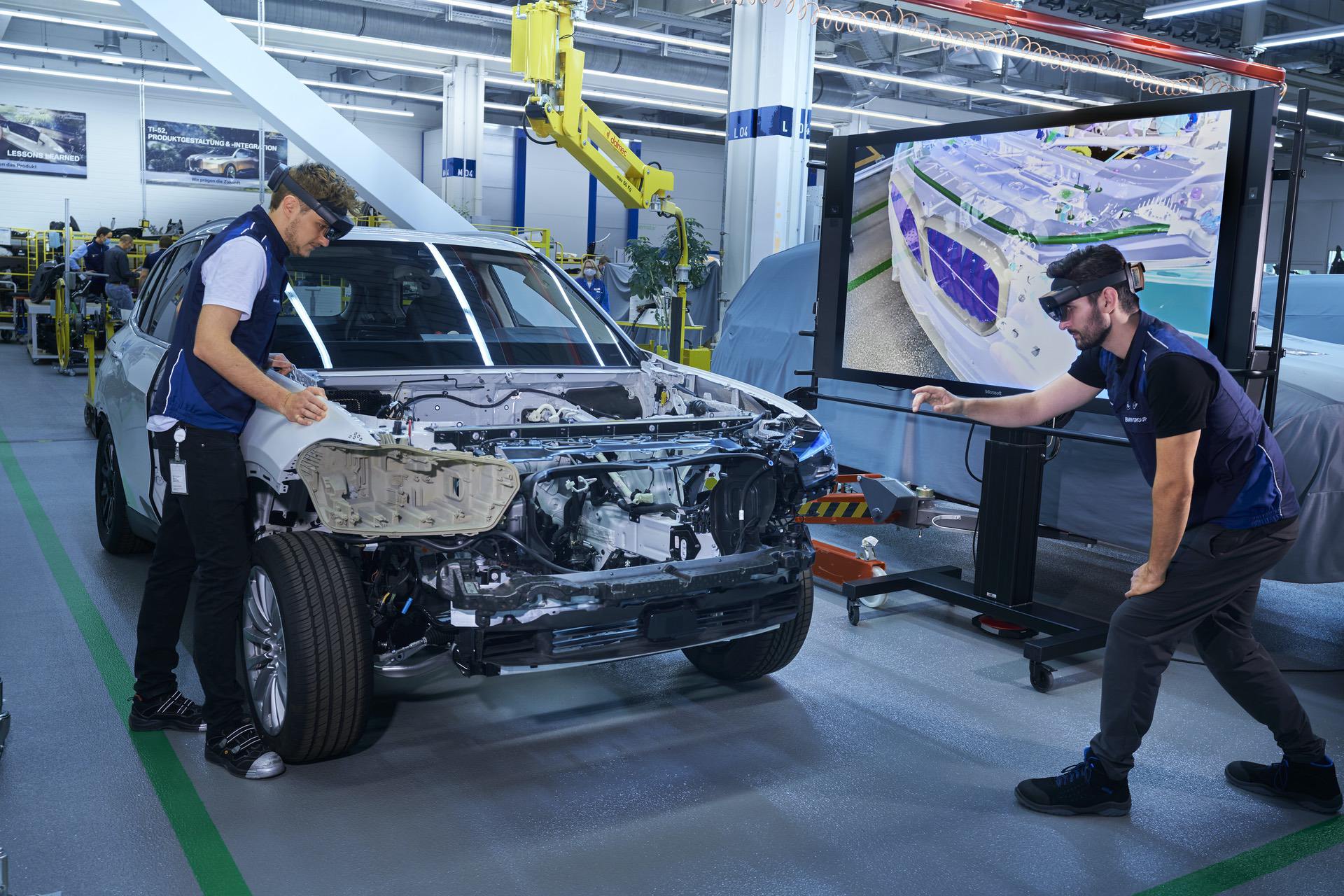 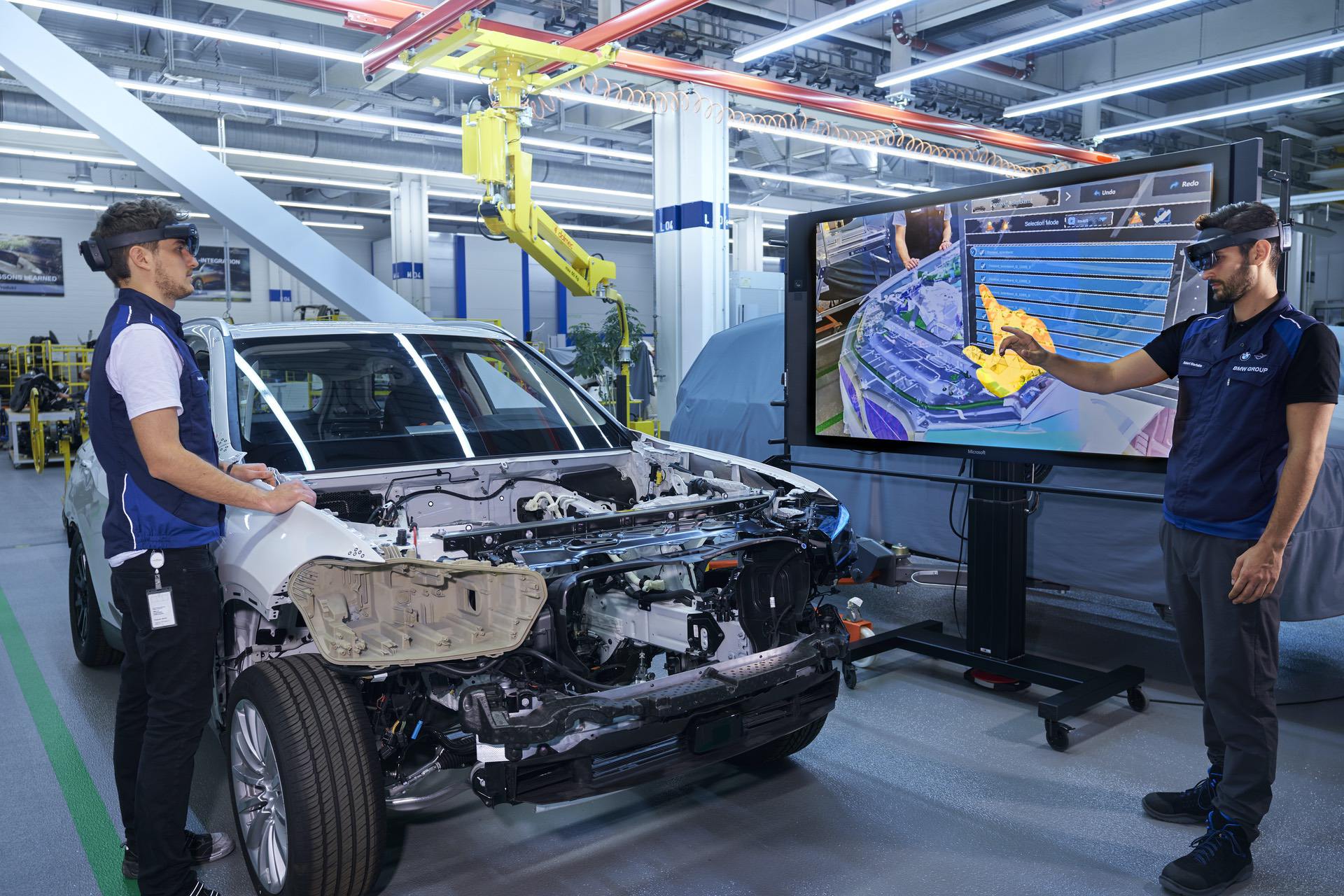 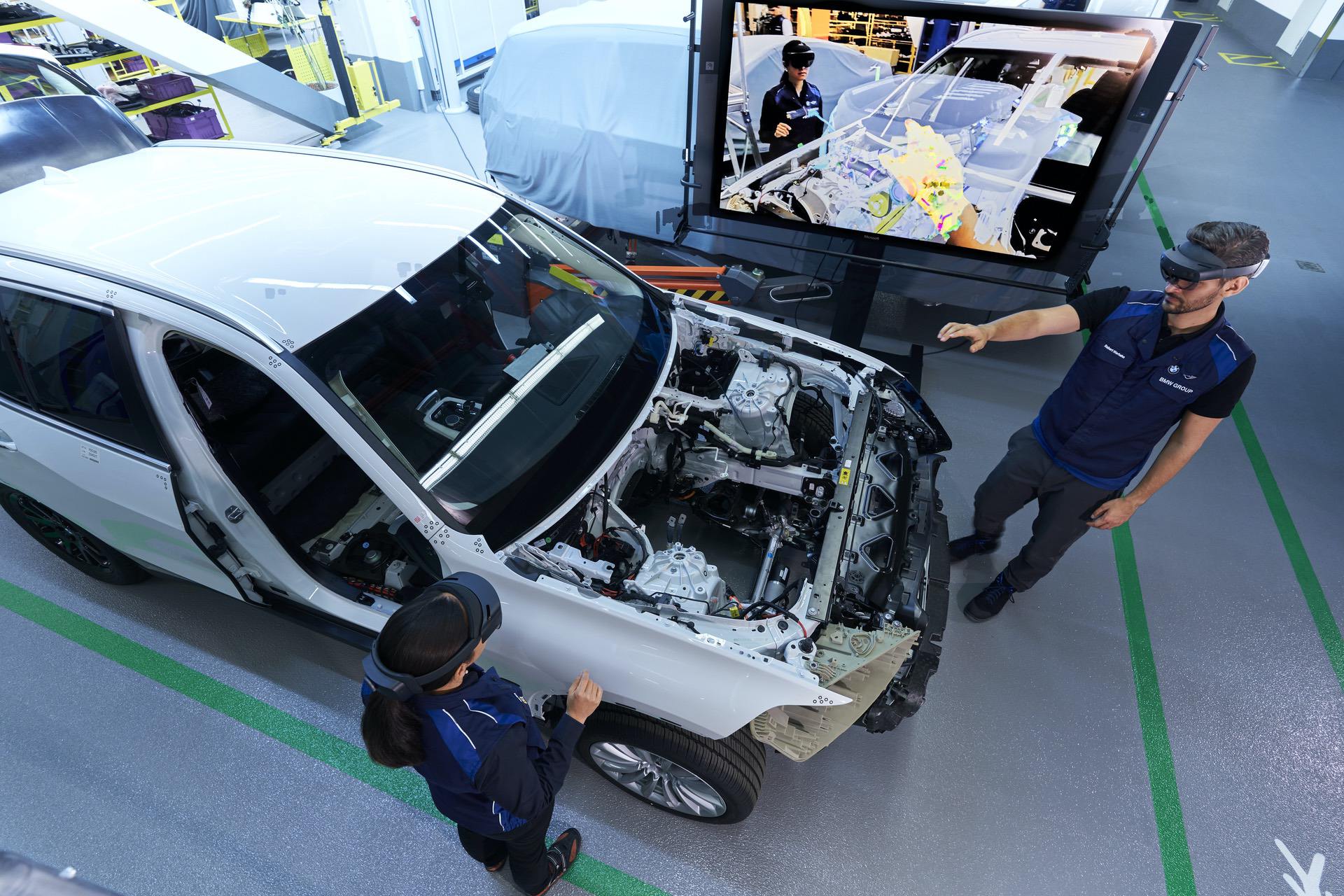 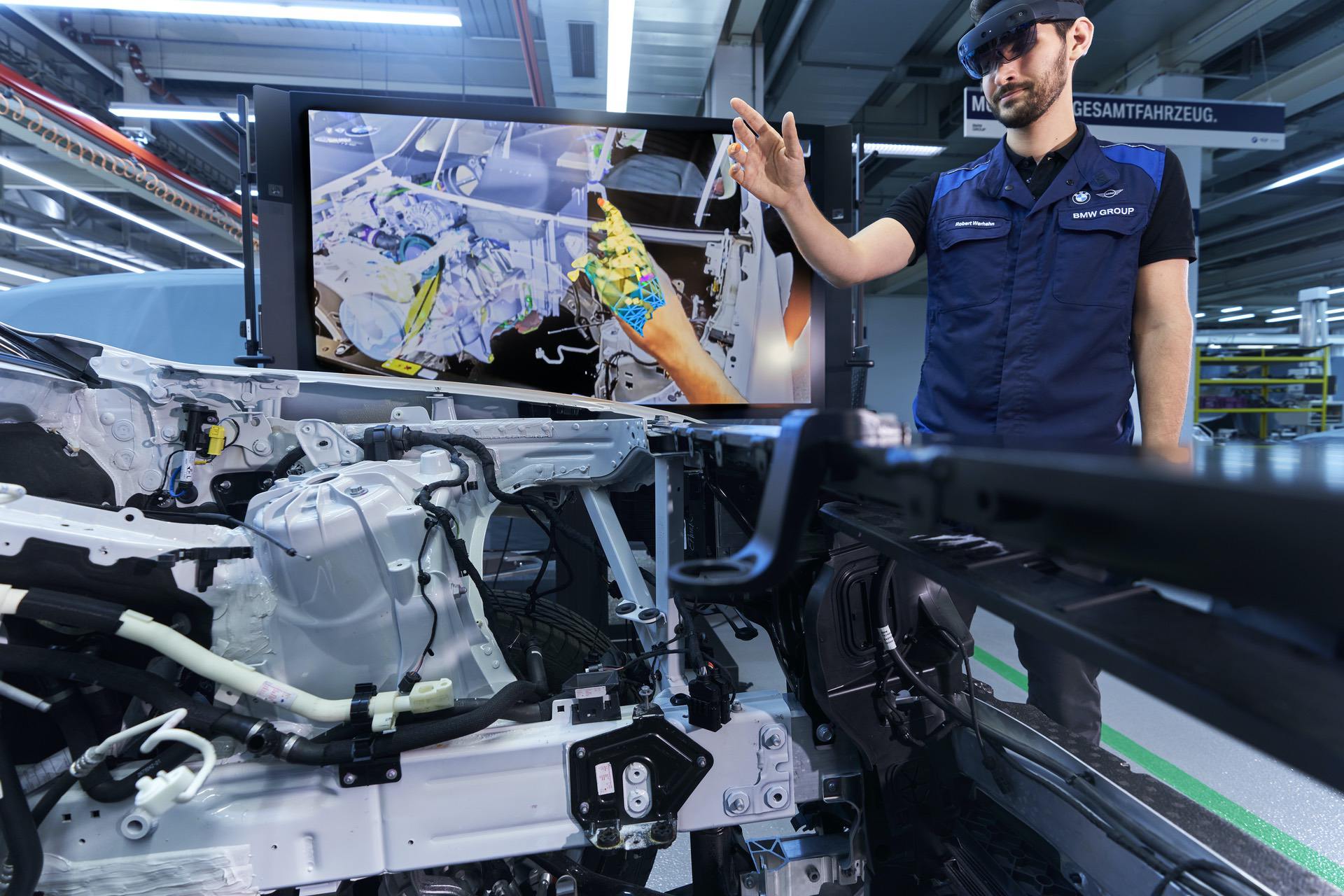 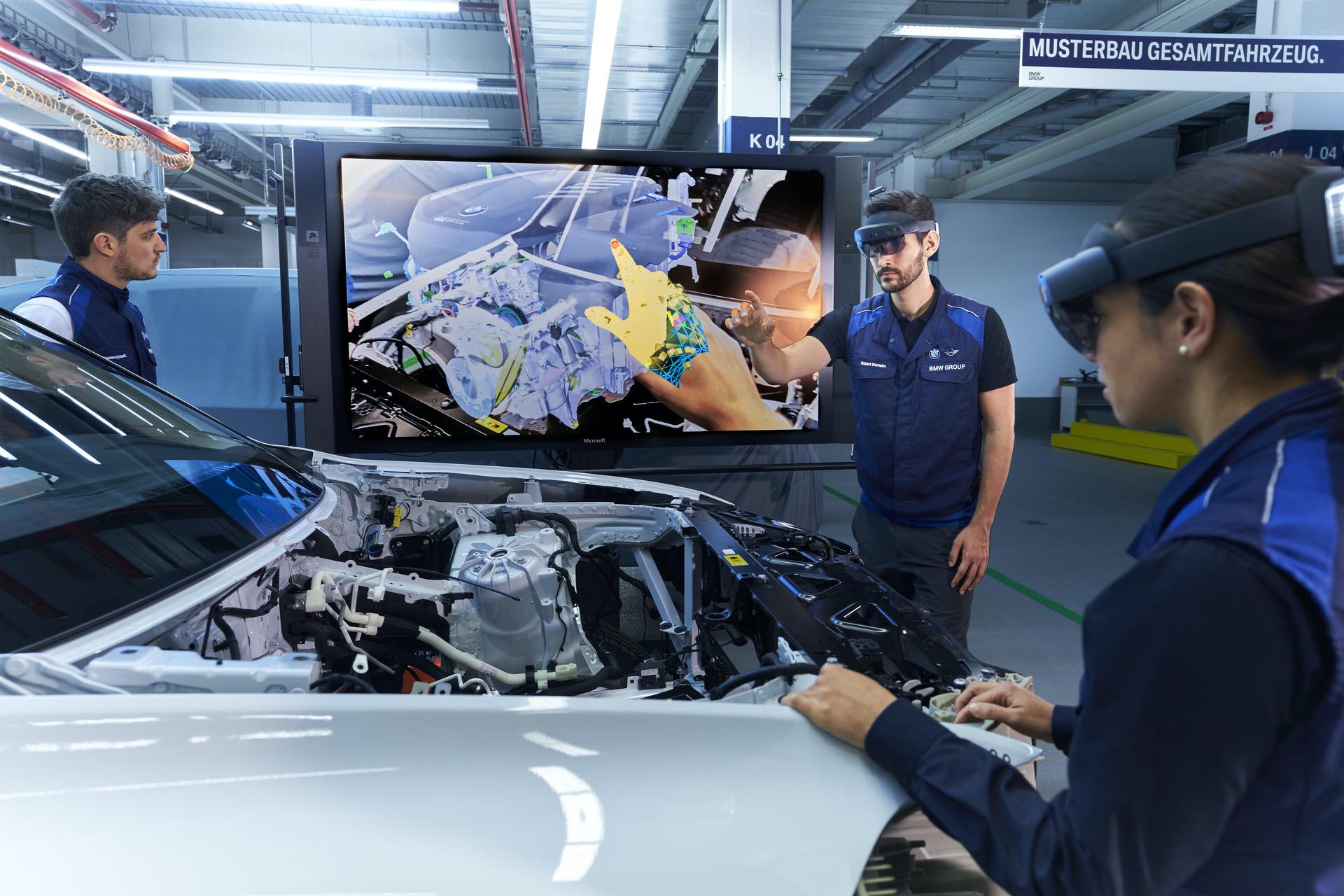 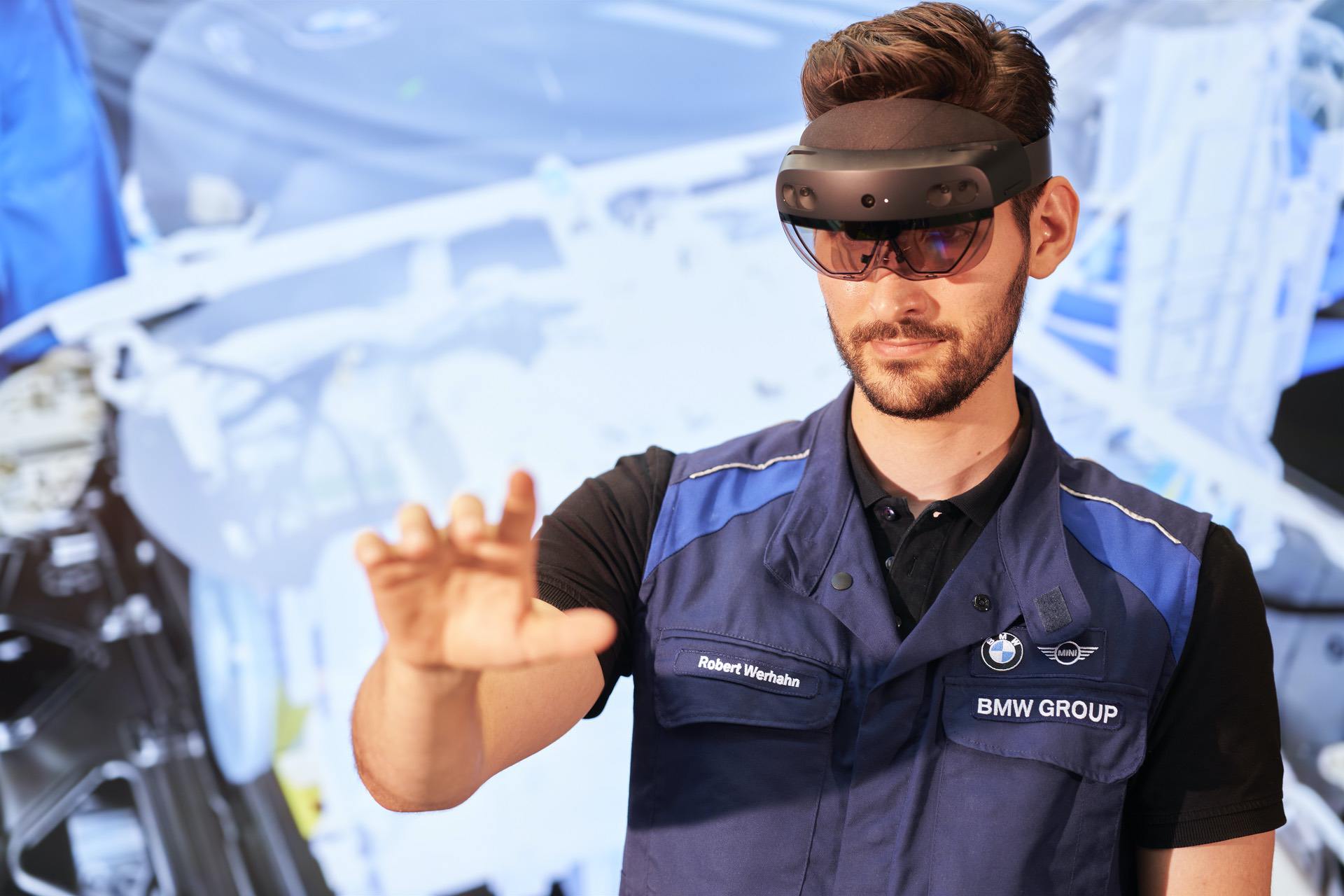 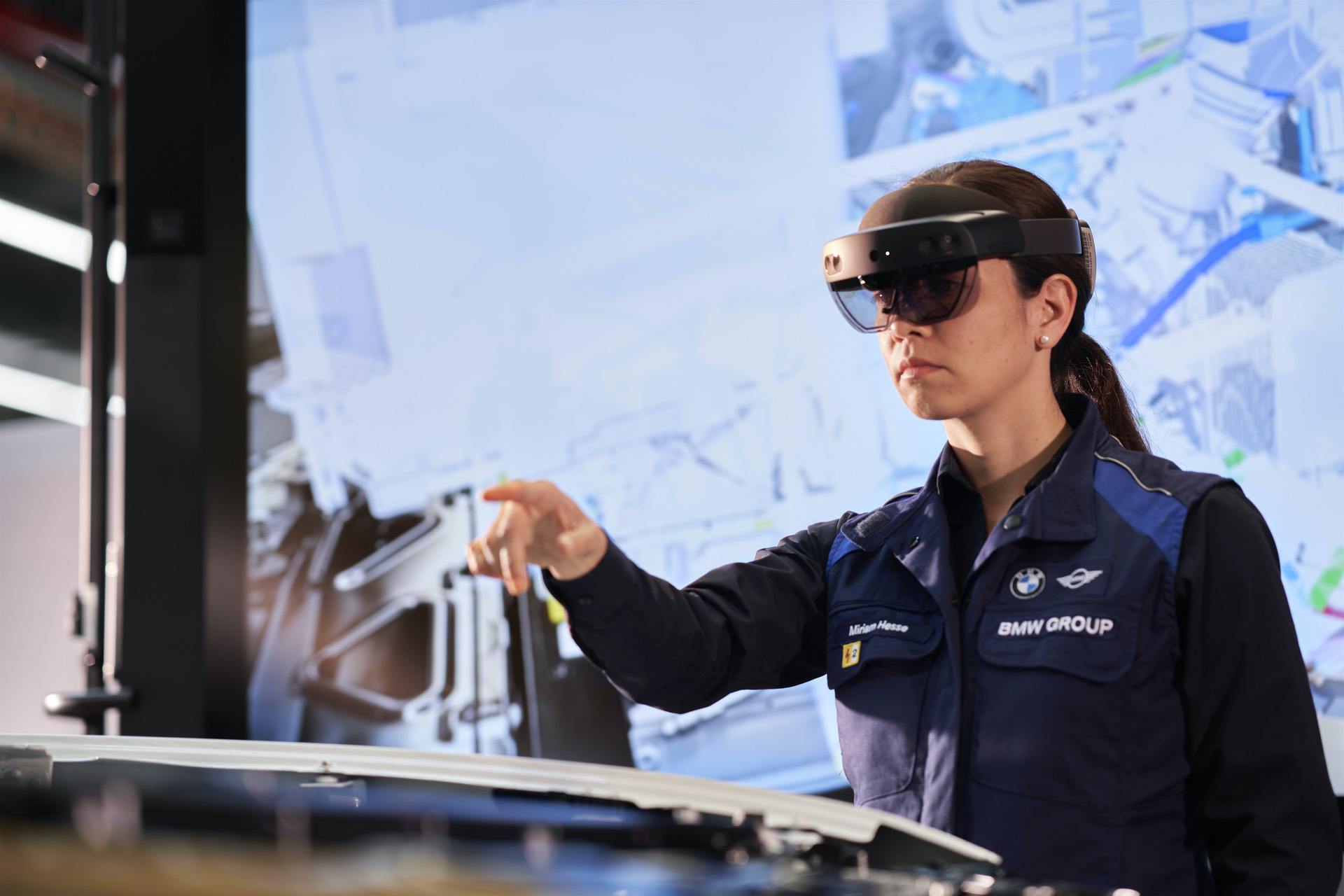 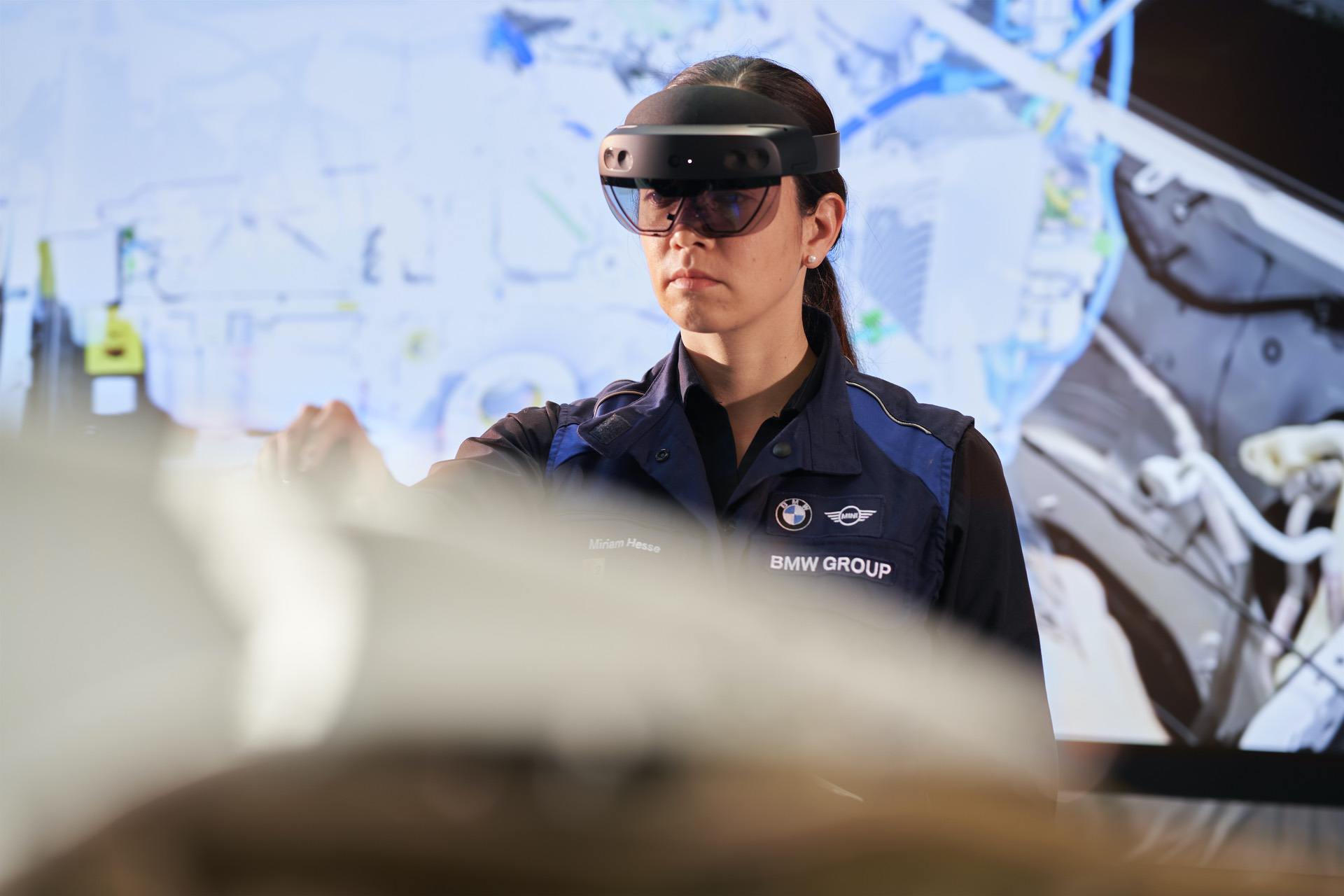 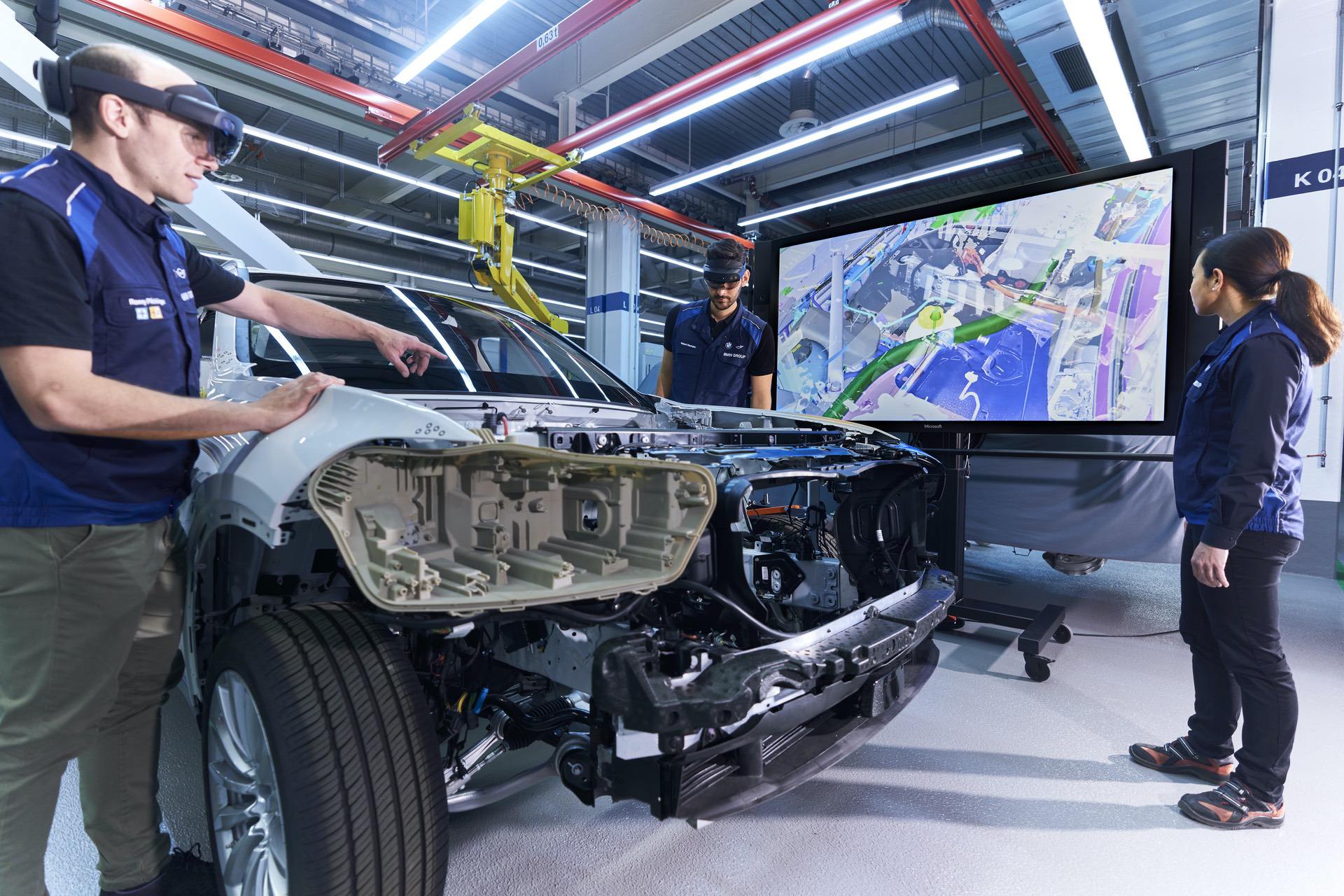