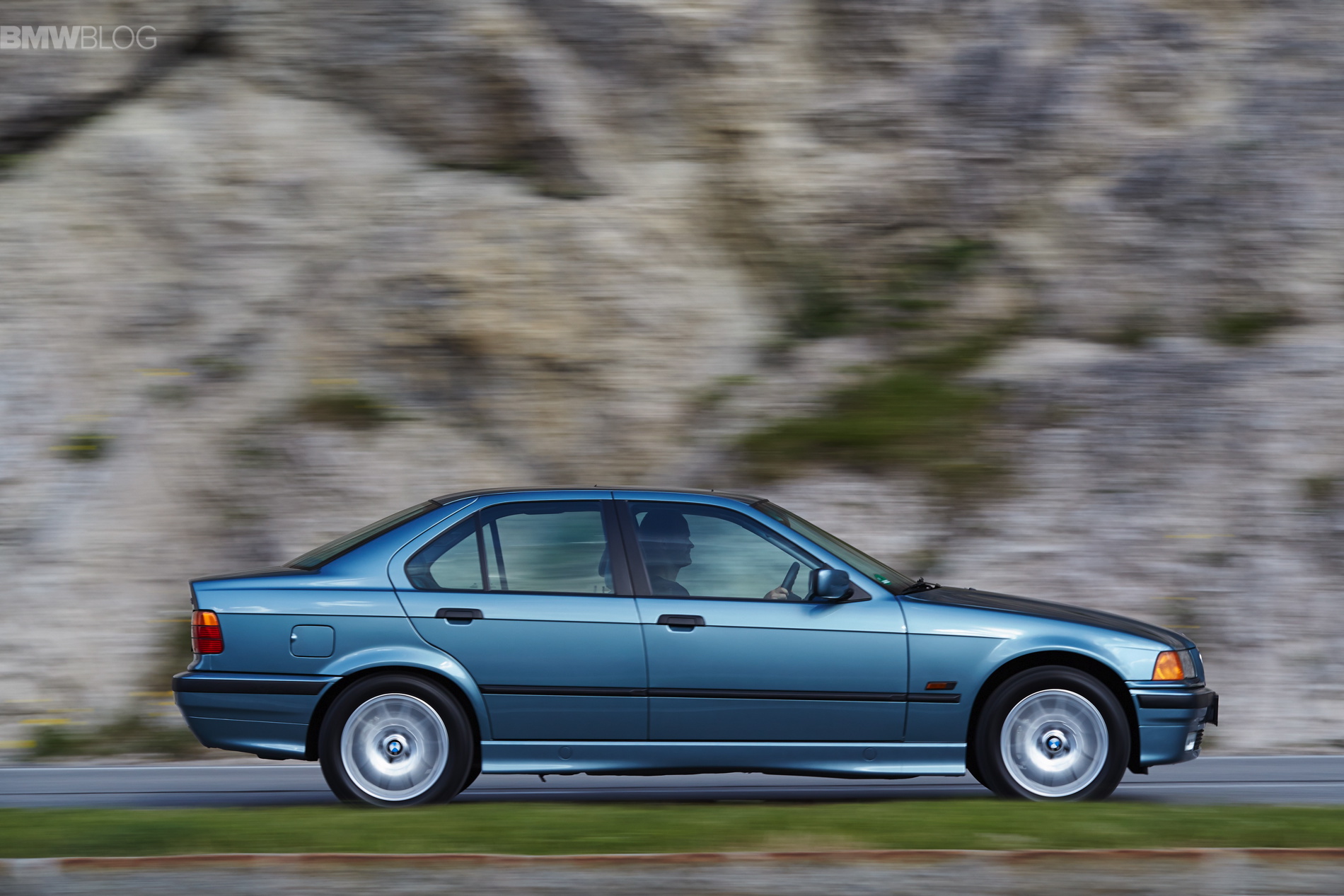 I’m hitting the canyons. It’s been a long week, and I’m ready for a nice Sunday full of carving canyon roads. A hot breakfast sandwich is waiting for me at the end also. I hop in my 1997 BMW 328is (commonly referred to as the “E36” chassis code). I start the car and pop her into first gear. I hold down the “ASC” button to disable traction control.

Where we’re going, we may need roads – but certainly not a traction control system from the 90s. The inline six roars to life at 5AM, and with no muffler or resonator. I set off, ready for adventure.

It’s a perfect day so far. Cloudy but never cold – windows down for the full shouty exhaust experience. My plan is simple: to head west. I would hit the local interstate and exit at wherever it was I felt so inclined. I’m immediately bored at the first red light and turn right, east, instead. 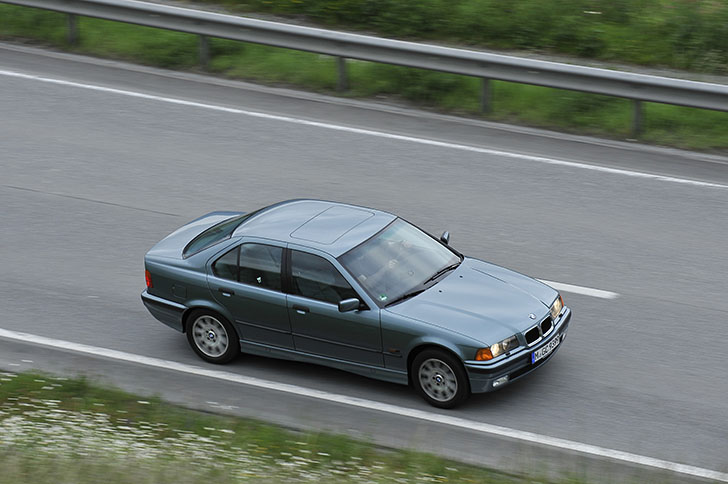 Easing through second, third, fourth gear – I merge onto an empty highway. Scenic SR-51 carries me through the upper-class mountain homes and towards Scottsdale, and in what I imagine to be a true Scottsdale marriage tradition, eventually dumps me aimless onto the 101 West loop.

A few seconds into wide open throttle, clawing at the upper tolerances of “an acceptable speed” – I decide that adventure isn’t all that far. Let’s get some driving in and find some serious roads. After all, that’s why I bought this twenty-year-old junker that’s basically traveled to the moon (seriously, I sold it with almost 240,000 miles on it). I devise a delayed version of my original path and head north.

I get up to speed with little drama but lots of fizz – DINAN intake howling, exhaust vocally reprimanding every beige, sad econobox I scream past. I’m cruising at an acceptable (legal) speed, but everything I do feels like I’m in a racecar. My lane changes, although obviously signaled, are executed with all the class of a five-year-old playing Formula 1 in a sandbox (race car noises and all).

I pass on the right, because the left three lanes are cruising, oblivious, at just under the speed limit, which simply isn’t up to pace for what is now 6AM and an empty desert highway. I make my way up the familiar mountain climb out of Phoenix at a dramatic but, frankly, pedestrian speed, and make my way east on a curvy road I’m well acquainted with and know will be abandoned.

The road I’ve well-traveled is familiar; lots of sweepers, few hairpins, and little traffic. Even less than normal at what is now nearly 7:00 in the morning on a Sunday. I’m wide open throttle exiting the turns; well-optioned tires from a year ago provide me with supernatural grip in a car designed for limited, but very civil, oversteer. That’s marketing speak for slightly staggered tire fitment from factory.

My wider and grippier wheel and tire setup allows nearly infinite power placement through every turn I’ll encounter in the next 40 miles – and I know that. So, without hesitation, I put my little E36 through a beautiful and thorough walkabout – all of maybe 200 hp – I’m an optimist, what can I say – screaming at the rear tires.

I rip through the road, never venturing into the forbidden 1:1 ratio of 5th gear, and of course never hitting a stop sign means never touching 1st. I would have had the same experience in a three-gear box. I will later appreciate the highway gearing 5th offers on the exhausted drive home. But for the next thirty minutes, the road is mine – dusty apexes and double yellows be damned – and the only question entering my brain is “how late can I downshift?”.

The trip goes well. I make it out alive, if a little sweaty and fatigued. I return to below lawful speeds and resign myself to a pedestrian drive home after a quick meal in a small Arizona town. I’m drafting a Cadillac CTS-V coupe adhering very rigidly to the “5mph under the speed limit” rule, and the whole time I’m wondering out loud – 500hp sure looks pretty, but what’s he getting out of that at 55mph?

A More Modern Approach To A Fun Weekend

Fast forward a few years. I hop in my M2 Competition on an equally perfect day. It’s overcast, but no threat of rain in the desert. My iPhone immediately pairs up and starts playing some of my Spotify favorites. I throw her in first gear and get out to that same fateful intersection – of course it’s another red light (it’s always red, why do I still live here?) – and turn right.

Why not? I shift conservatively until I hit the highway and open her up. She’s warm and eagerly sends me rocketing to the, ahem, posted speed limit with little regard to the future status of my driver’s license. I end up taking the same highway heading north through Scottsdale, and enjoying music via Apple CarPlay and the upgraded Harman/Kardon sound system.

Heading north out of the Valley of the Sun, I start searching for roads to take my frisky automotive companion exploring on. Ultimately, I settle on essentially the same road I put my E36 through the paces on just a few years ago. I start getting on it and every very “curvy road ahead” (or whatever that little squiggle with an arrow means) sign’s polite speed suggestion gets doubled with a 20% market adjustment.

The M2 offers endless finesse and an anxious, whispered, push towards a higher limit that I lack the ability to comfortably explore with DSC fully disabled. The Michelins start screaming for mercy as I quickly gain confidence through the elegant sweepers that Arizona continues to throw at me. But what could I care? I’ve been here before. This is good, a familiar and deserted outland.

Holding rapid and steady progress through the twisty mountain roads, trees turn to forests, which eventually give way to an open, but nondescript backdrop. I end up back in Phoenix well ahead of schedule – seems I’ve made up a half an hour without even trying.

In a sense I guess I’ve time traveled (88mph sounds like a reasonable speed average to me). I get passed on the left by an incredibly loud V6 Mustang from twenty years ago and laugh a bit to myself before realizing what just happened – a few years ago, in my E36 – that was me.

I would firmly bet money that Mustang man (or woman) was laughing at the guy driving the speed limit in his M2 because if you have been paying attention, you know I’ve been that guy. As I’m cruising back on the highway, I ponder the inevitable – compared to the E36, how was it, really?

I reflect for a minute. Objectively, I know the M2 is the better car. But reminiscing back to the E36 putting it all in, all the time, is something I just can’t squeeze out of the M2. I’m not a good enough (or stupid enough, or careless enough) driver to ever scrape even the lower limits of the M2’s capabilities, certainly not on public roads, but it still makes me feel like a hero every time.

Whereas the E36’s two hundred odd horsepower make it an easily tamed beast that you know you’ll never need saving from, even at or near the limit. The steering is direct and heavy without being cumbersome, and the road feel is firm without being jarring. A car that proves speeding an unnecessary component of driving engagement.

So, slow car fast or fast car slow is the topic, and I guess we need a verdict. I think I’m going to side with slow car fast here and add a small caveat – speed and power are extremely relative. While the M2 is an objectively quick car, consider that a new, base Mustang GT touts more power.

And if you keep climbing the price bracket in the muscle car world, you can easily end up with a 650hp V8 that some say runs on bald eagles and Budweiser. The M2 is arguably the “slow car fast” of its price bracket, but for the sake of this comparison, just give me the E36.

Speed doesn’t always equate to more fun, although it is of course a component – sometimes you just want to row through the gears without fear of losing your license. It’s sometimes a lot less complicated to feel fast, without the care, hope, or consequences of actually being fast.