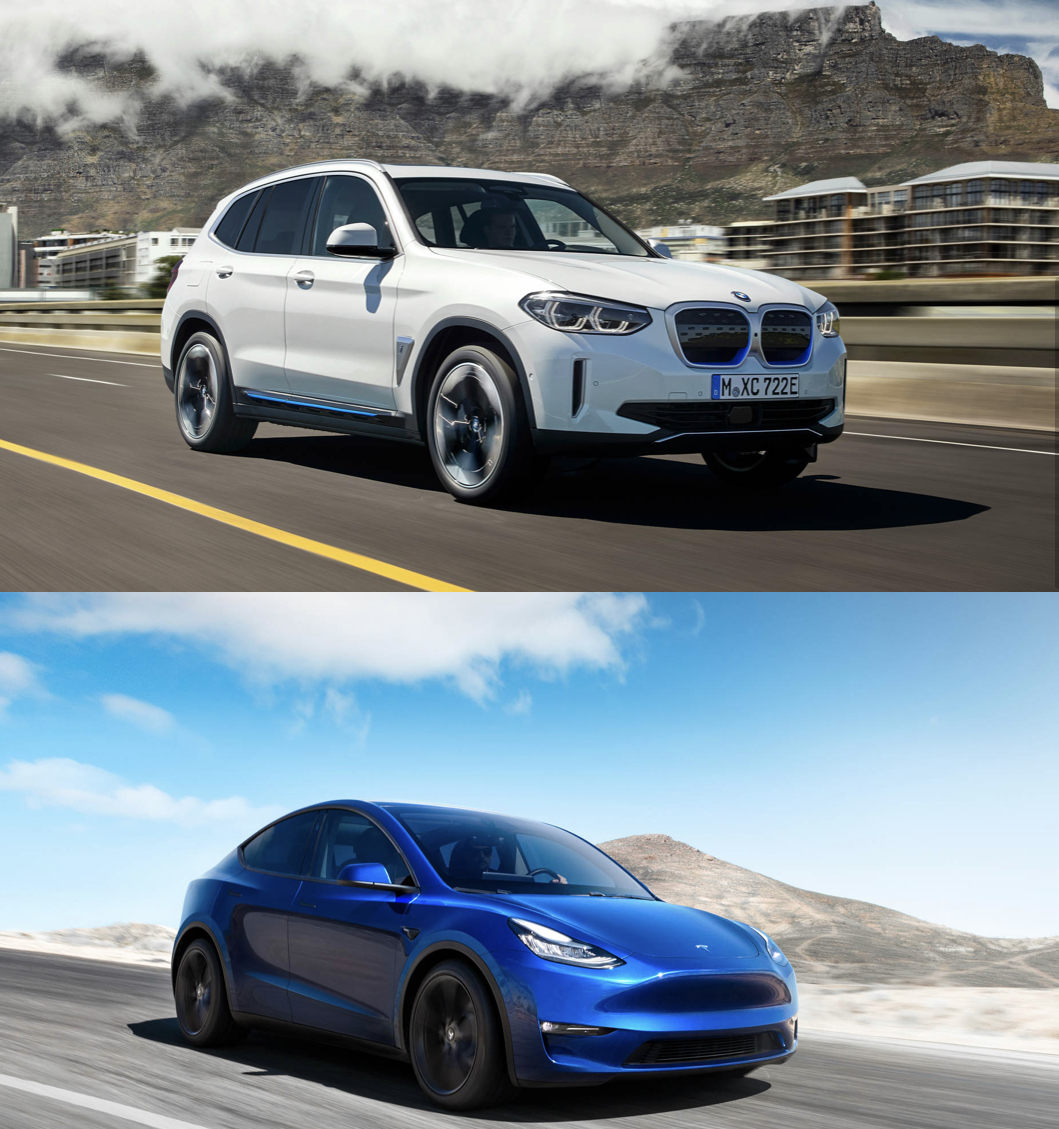 This all-new BMW iX3 that just made its official debut is a big deal for the Bavarian brand. Not only is it the first all-electric BMW since the i3 back in 2014 but it’s the brand’s first-ever true EV crossover. In a marketplace quickly being packed with EV crossovers, it’s important that BMW has one. So we thought it important to compare the iX3 with its toughest competitor, the Tesla Model Y.

Obviously, we can’t compare how they drive, their real world ranges or their performance, as we haven’t been able to test the Model Y just yet and the iX3 hasn’t yet been made available to drive. However, we can compare their styling, which is a huge part of a customer’s buying decision. So let’s break down their styling to see which one is better looking.

Let’s start up front, where the two cars take very different approaches to EV grilles. Because electric cars lack the need for a traditional car grille, both BMW and Telsa had to decided how to go about removing the functional grille from the front. BMW chose to replicate the original BMW X3 grille with black plastic ones (that likely house sensors as well) and Tesla chose to not even bother with a grille.

Maybe it’s because, as car enthusiasts, we’ve seen grilles on the front of cars for as long as cars have existed or maybe its because we personify cars more than we should but that lack of a grille on the Model Y just seems wrong. So while it’s not ugly, per se, it’s just too bizarre. That’s why the BMW iX3 takes the win here.

In profile, the BMW iX3 looks like… well, a BMW X3. That’s not exactly a bad thing, as the X3 is a handsome car, but it’s also not exactly interesting, either. However, compared to the Model Y, the iX3 looks great. The Model Y is objectively a good car but it’s also a funky looking one. Its proportions are just… off. I criticize the 6 Series GT for similar hunchback-ey styling, so the Model Y will get the same criticism. What’s odd is that the Tesla Model 3 is a good looking car but the Model Y looks like Tesla designers took the Model 3, put it in Photoshop and just clicked the roof and dragged it upward. Also, the iX3’s wheels are cool and look ultra-modern. So the iX3 takes the win again.

Out back, the Model Y crawls back a bit for one very specific design element. Both cars are really bland from behind but the Model Y’s built-in rear spoiler does look cool, giving the car a bit of a sportier, sleeker edge. While the iX3’s only interesting features out back are its blue accents where exhausts used to be. How edgy, BMW.

All in, though, it’s the BMW iX3 that takes the win. Tesla isn’t incapable of making good looking cars. Its SUVs, however, have had some struggles. The Model X and Model Y are just not pretty looking vehicles. While the iX3 isn’t exactly gorgeous, and probably could have been a bit more interesting looking, it’s still a good looking, inoffensive crossover and one that will easily bring traditional customers over to the world of EVs.