The “Ranch Hand” is a purpose-built 2002 BMW E39 M5, modified with speed rail, a 3-axis dampening Flowcine Black Arm and Ronin 2 and Alexa Mini setup that can effectively capture car-to-car footage at speeds over 130MPH.

The project came to life thanks to Jeremy Heslup, the director and executive producer of Valkyr Productions. “For the last decade or so I’ve been tinkering with shock and suction mounts, triangulation kits, gimbals- all strapped to whatever car was around,” says Heslup.

“This eventually led to the Black Arm and after getting it all setup on a Toyota FJ Cruiser, its trial by fire was at Willow Springs. Although everything worked, we quickly realized an SUV was a substantially dangerous chase car on a track and that something faster was required.” 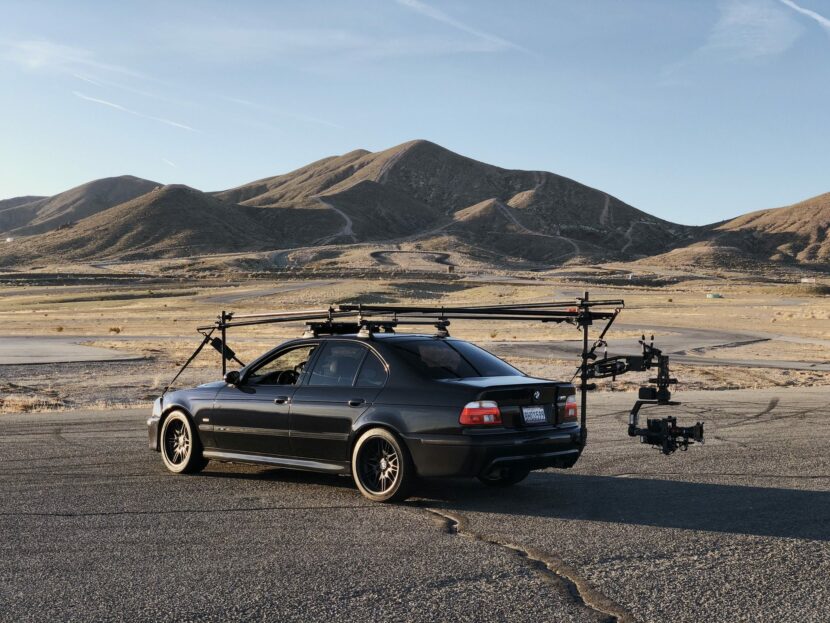 And since BMWs are known to be quite versatile, Heslup landed on an E39 M5 with 205,000 miles on the clock. He found the car in Colorado and upon retrieval, he immediately retrofitted it with speed rail and dispatched it to their next shoot – a Mclaren 720S at Tejon Ranch.

“Flying along the road we pirouetted in and out of the trees we even able hit 120mph in very close proximity,” Helsup tells us. “Although we used a Russian Arm for our Hollywood shoot, the BMW was perfect to keep up through the corners and flat out at over 130mph down the runway.”

The video below shows a brief history of how the Bavarian Ranch Hand was created. 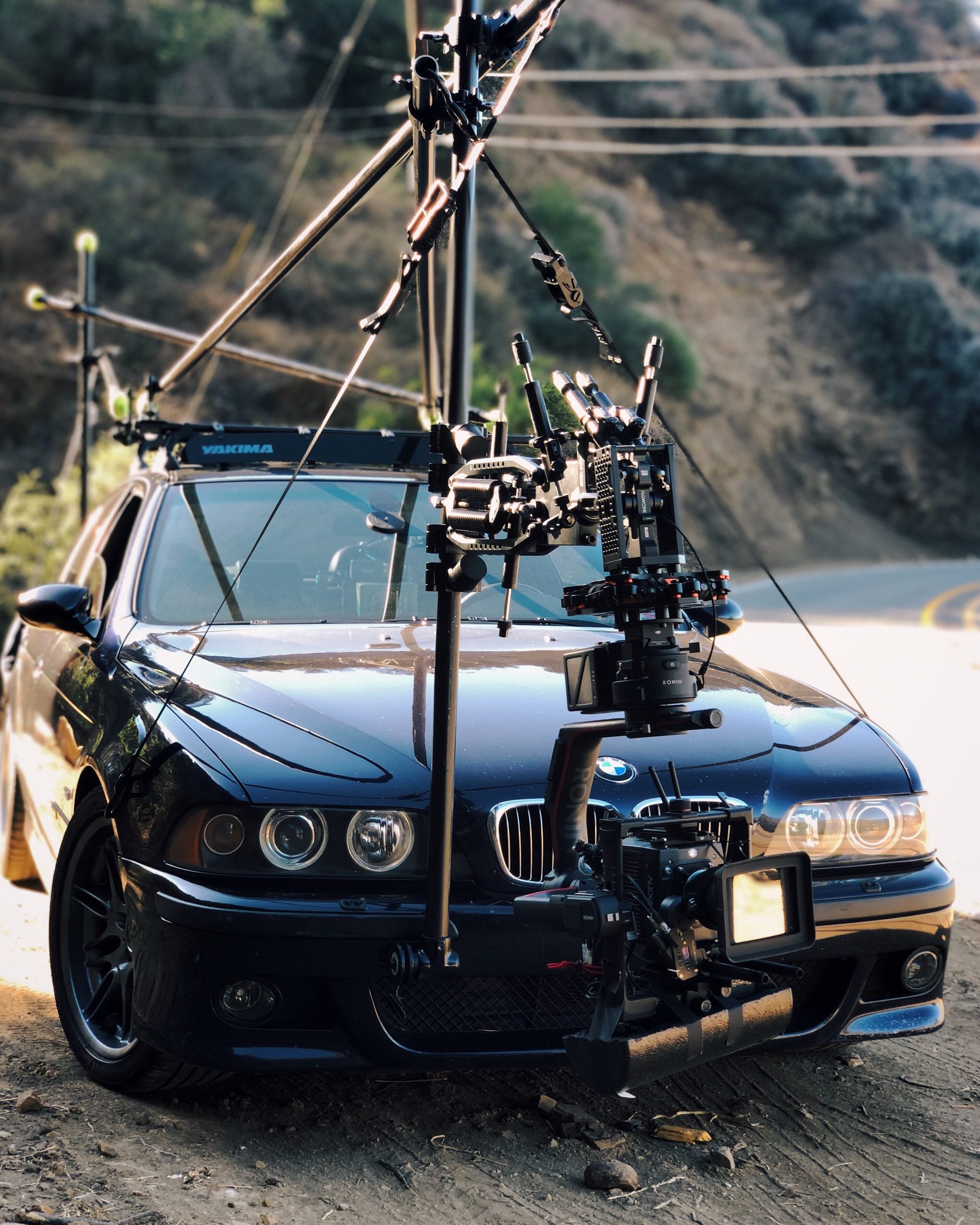 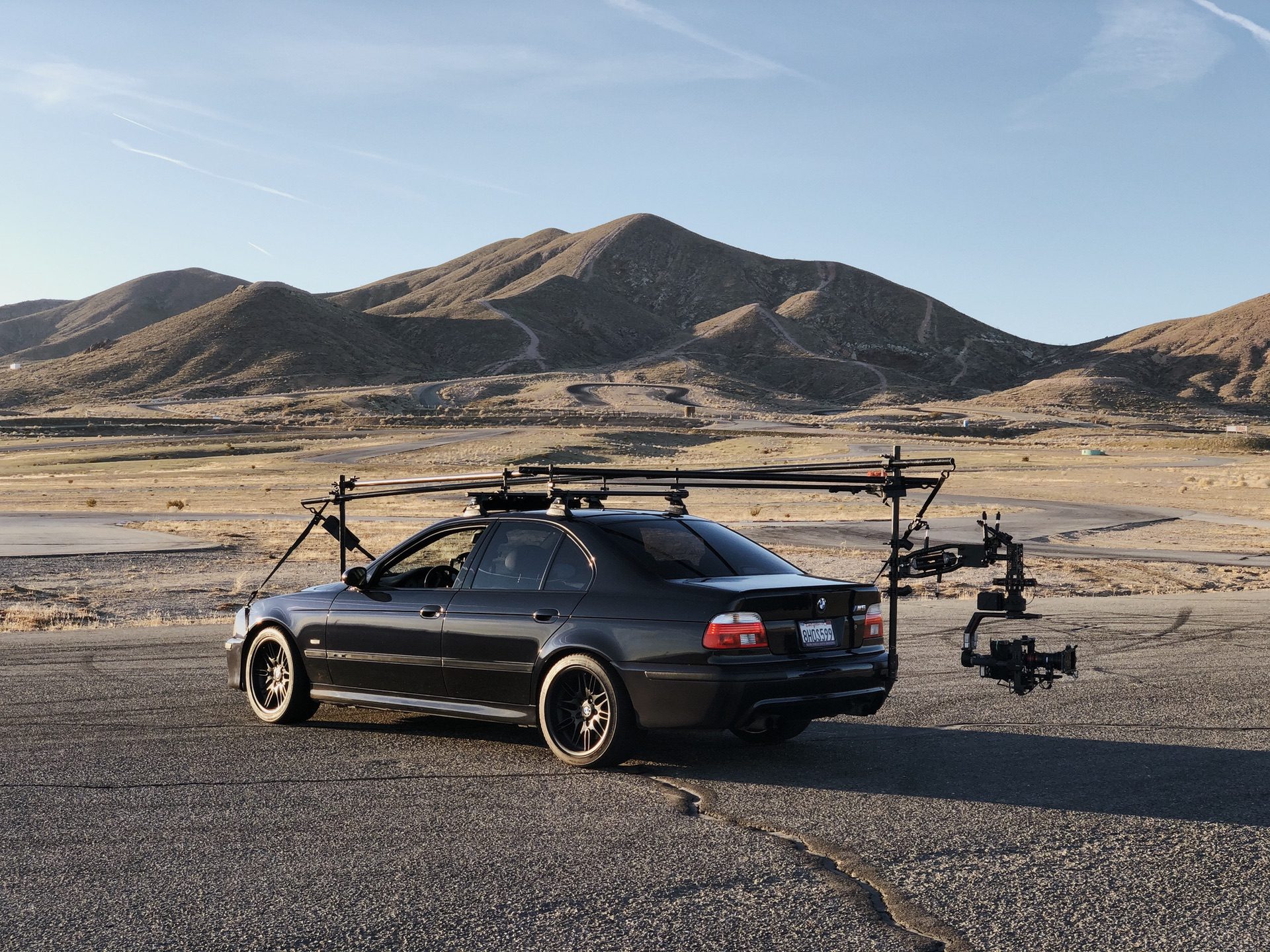