The moment we’ve been waiting for has finally come. The video below pits against each other two of the hottest and most interesting cars launched in the last few years. The BMW M8 Gran Coupe Competition is a brand new model in the line-up of the Bavarian manufacturer and one that comes with a hell of a lot of performance.

However, it’s still using an internal combustion engine and, as we all know, electric cars are all the hype right now, especially when it comes to drag racing.

Keeping up with one is a tricky ordeal but the engineers in Munich did a hell of a great job on the F9x M models. That applies to anything from the M5 to the M8, in all combinations.

The car the M8 Gran Coupe Competition has to face today is the Porsche Taycan Turbo S, a car that is supposed to be almost unbeatable on the drag strip. At least by a non-supercar model. The M8 Gran Coupe is not necessarily considered a supercar. 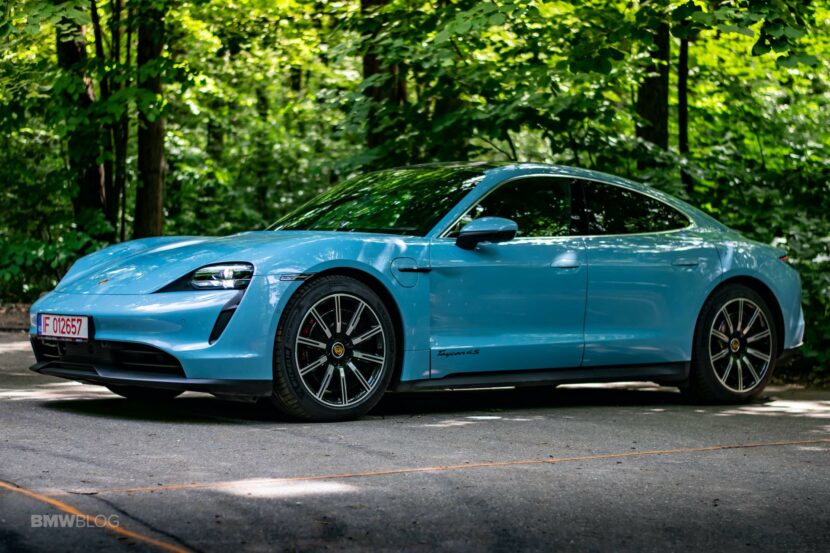 The specs paint a very interesting picture. The BMW comes with 625 HP and a weight just under 2 tons. However, that power output is achieved high in the rev range and that means, off the line, the instant power of the electric powertrain of the Porsche will give it the edge.

The Taycan also has more power and torque. With 761 HP and 1,050 Nm of torque and all-wheel drive, this is one tough car to beat off the line. Luckily for the BMW, it is also over 200 kilos heavier, nearing 2.3 tons.

So, how will the BMW fare? Well, it did pretty well, to be honest, considering everything. Off the line, the Porsche was faster but not by a lot. Going over 200 km/h (124 mph) the BMW was keeping up, even though the Porsche had already put some distance between it and M8.

All in all, this was an impressive show of force from the BMW. Now bring on a tuned M8 Competition Coupe, like the MH800 from Manhart and let’s see how things go down.