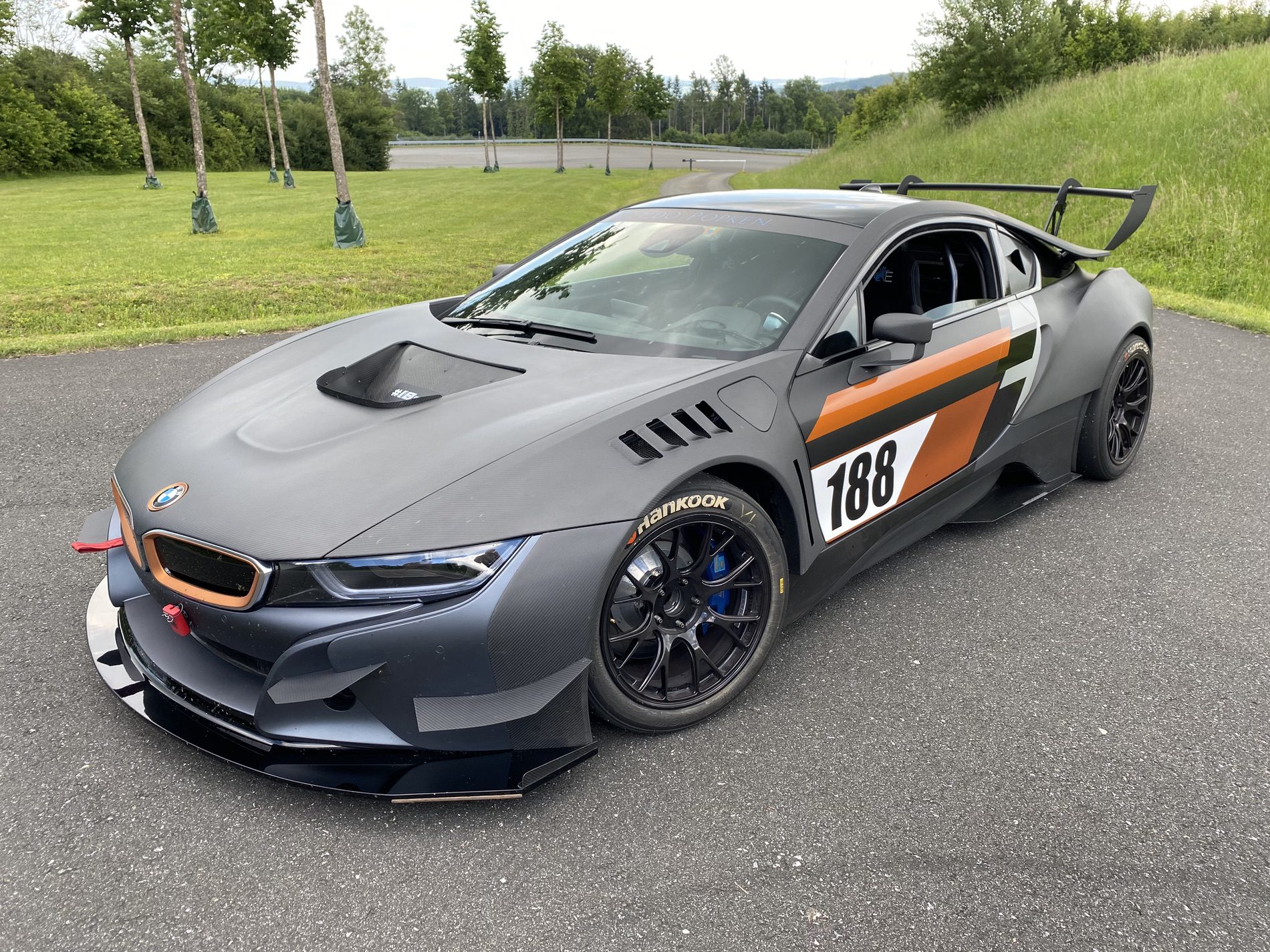 It all started with the idea of a supped up BMW i8 Safety Car, says EDO Motorsport. And the result is this BMW i8 Procar which brings the i8’s sportiness to a whole new level. According to the Swiss tuner the conversion from the BMW i8 car to the safety car cost around 170,000 euros.

But there were several other upgrades added afterwards. For example, EDO Motorsport developed an even more aggressive front splitter which along with the new canards provide additional downforce.

A massive wing in the GT3 format with an attached gurney generates up to 200 kg of downforce on the rear axle. The wide diffuser with large fins completely closes the underbody and reduces the air resistance. There is also an
extremely light single-flow exhaust system. 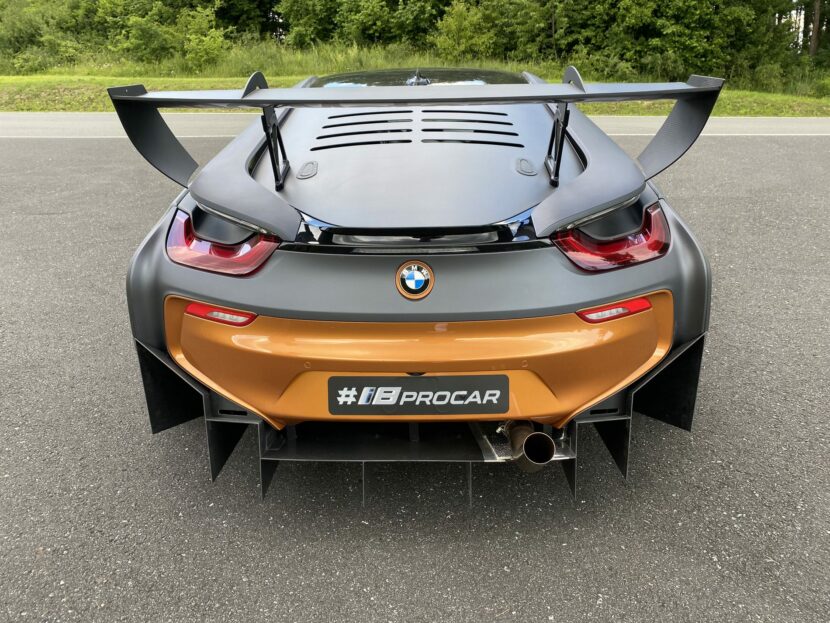 This BMW i8 Procar weighs approximately 40 kg less than the base without a driver. EDO motorsport says that their mission is to improve the i8’s Bilster Berg lap time which currently sits at 1:50 minutes, with the Michelin Sport Cup 2 tires. In theory, they believe that a lap time of 1: 48 minutes would be possible on racing slicks. This puts the BMW i8 Procar at the level of the fastest Porsche 991.2 with the same tires.

Read Also: BMW i8 Safety Car gets a new livery for the ePrix in New York City

Other upgrades include new forget wheels with 280mm tires at the front and 300mm in the back. The i8 Procar’s body consists of over 90 percent carbon fiber which saves 20 kg over the i8’s combination of aluminum and plastic panels. 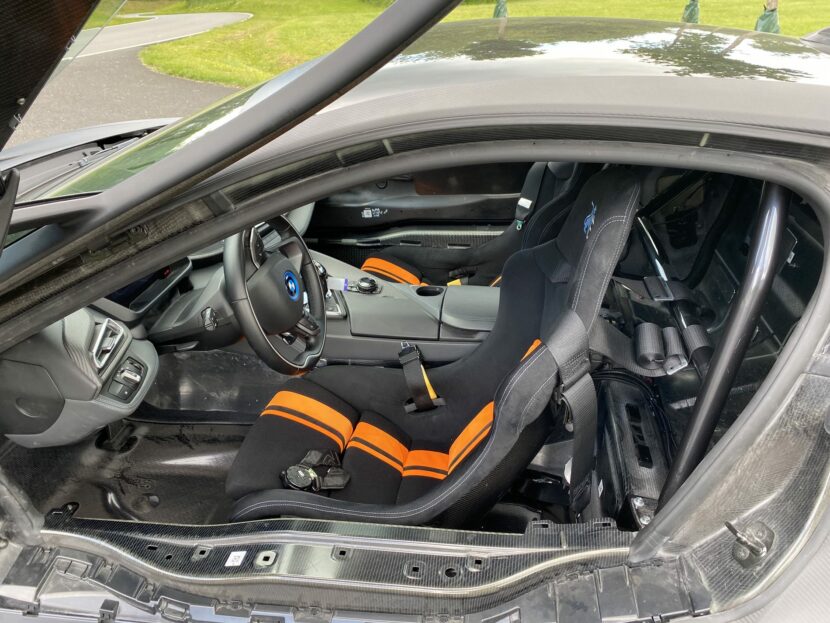 There is also a 3 degrees negative camber on the front axle achieved through tailor-made adjustable upper wishbones and
Bilstein coilovers from the Formula E BMW i8 Safety Car.

In the interior, various trim parts were removed and instead of the full cage, they use a club sports bar. Control units are no longer required and the sound system was removed. The final result is 1438 kg weight without the driver and with 1/3 tank capacity. 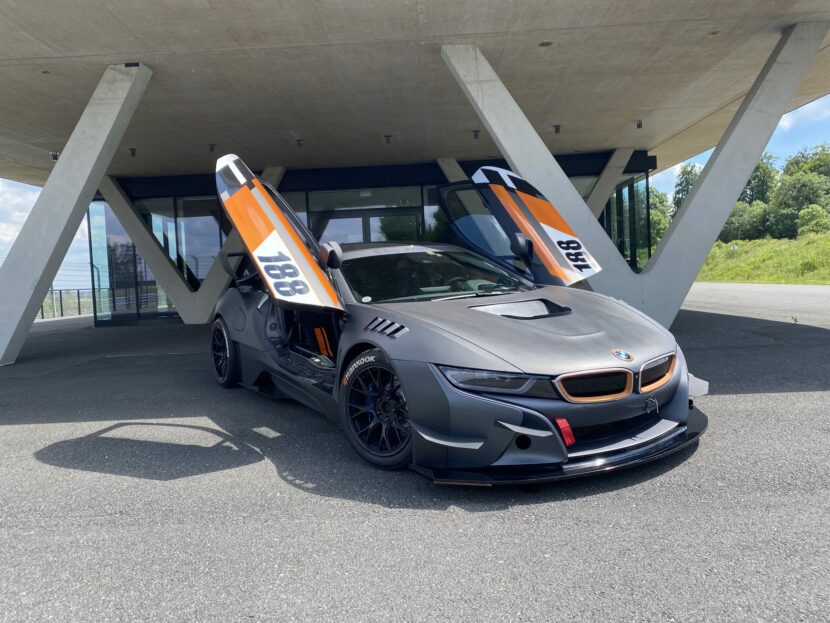 Now comes the icing on the cake. The Swiss tuner manage to up the overall power output from 374 hp and 570 Nm of torque, to 490 hp and 890 Nm. In order to achieve such performance values, the airflow in the B38 3-cylinder engine was increased. It also gets larger turbochargers.

Thanks to a larger battery pack, the power of the electric motor was increased to 166 horsepower.

And since a picture is worth a thousand words, let’s take a look at this cool project in the gallery below. 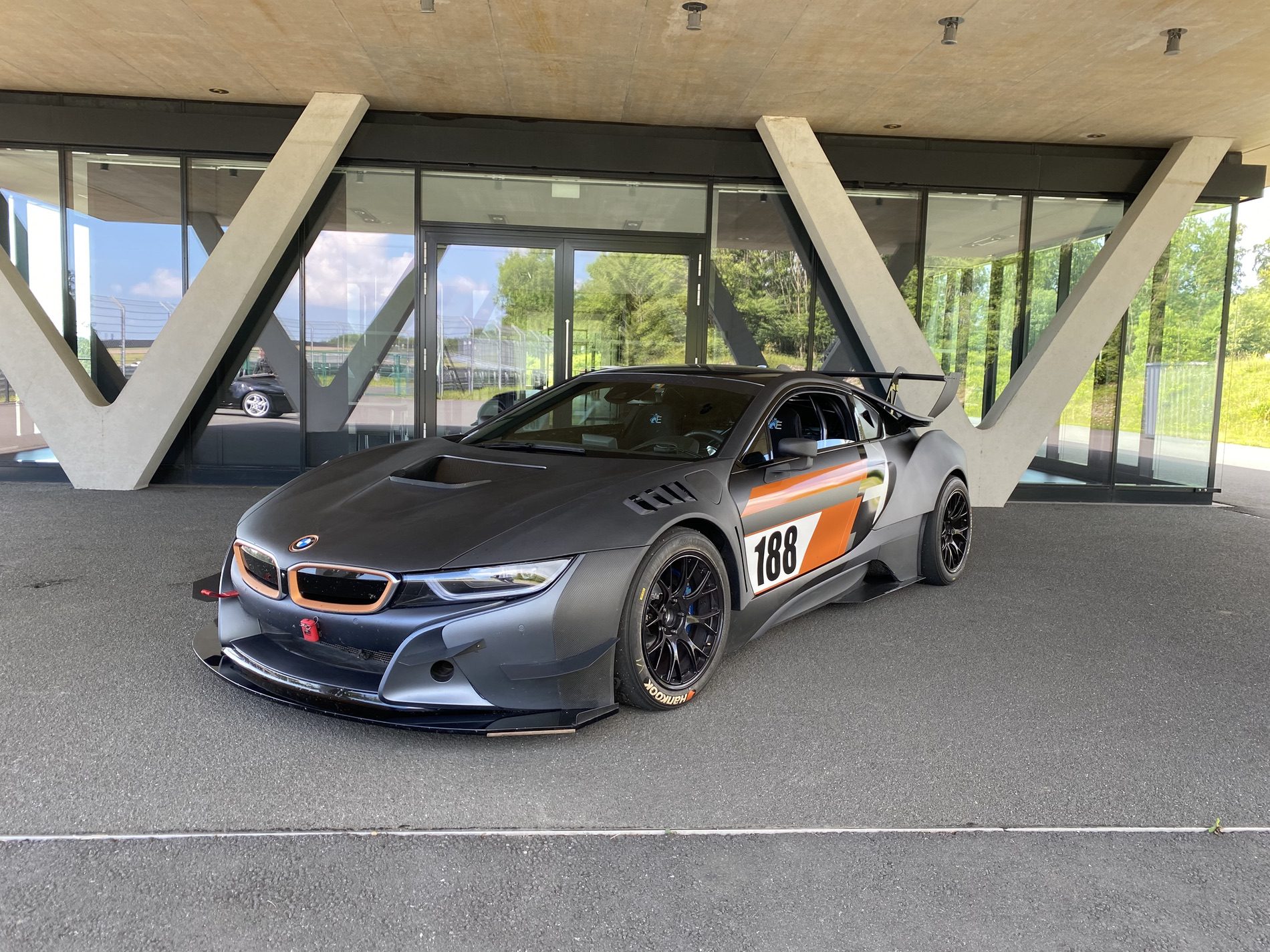 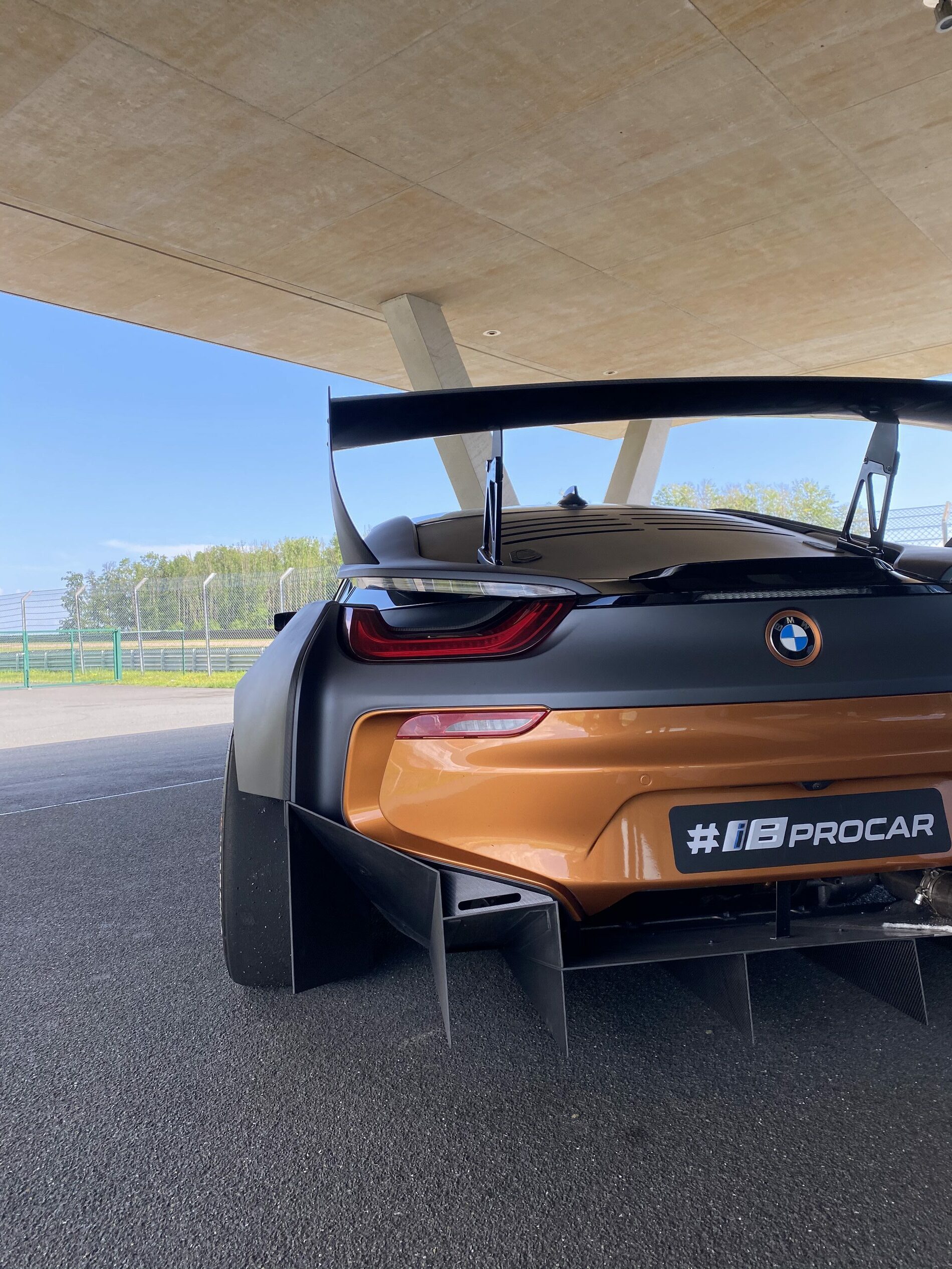 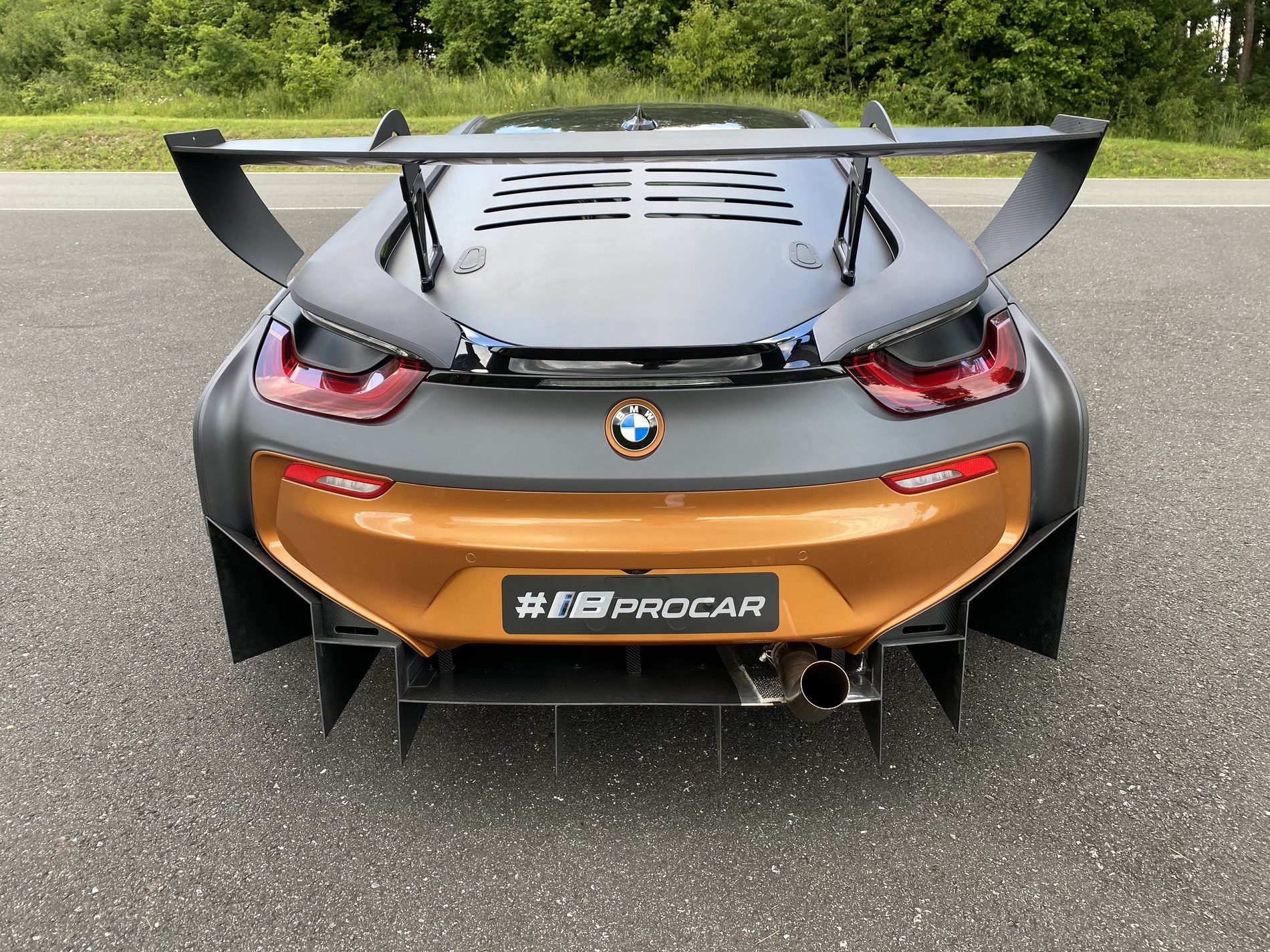 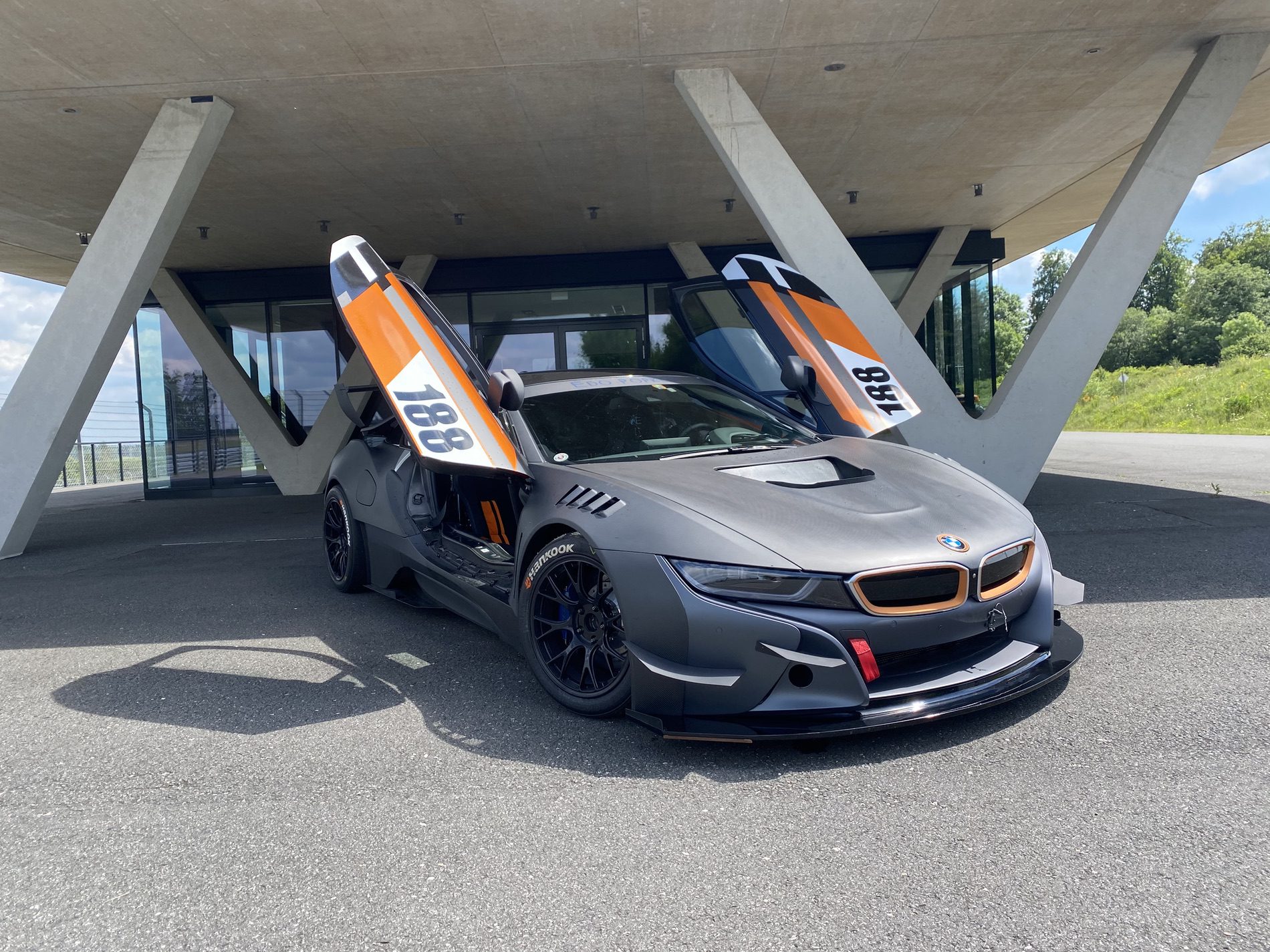 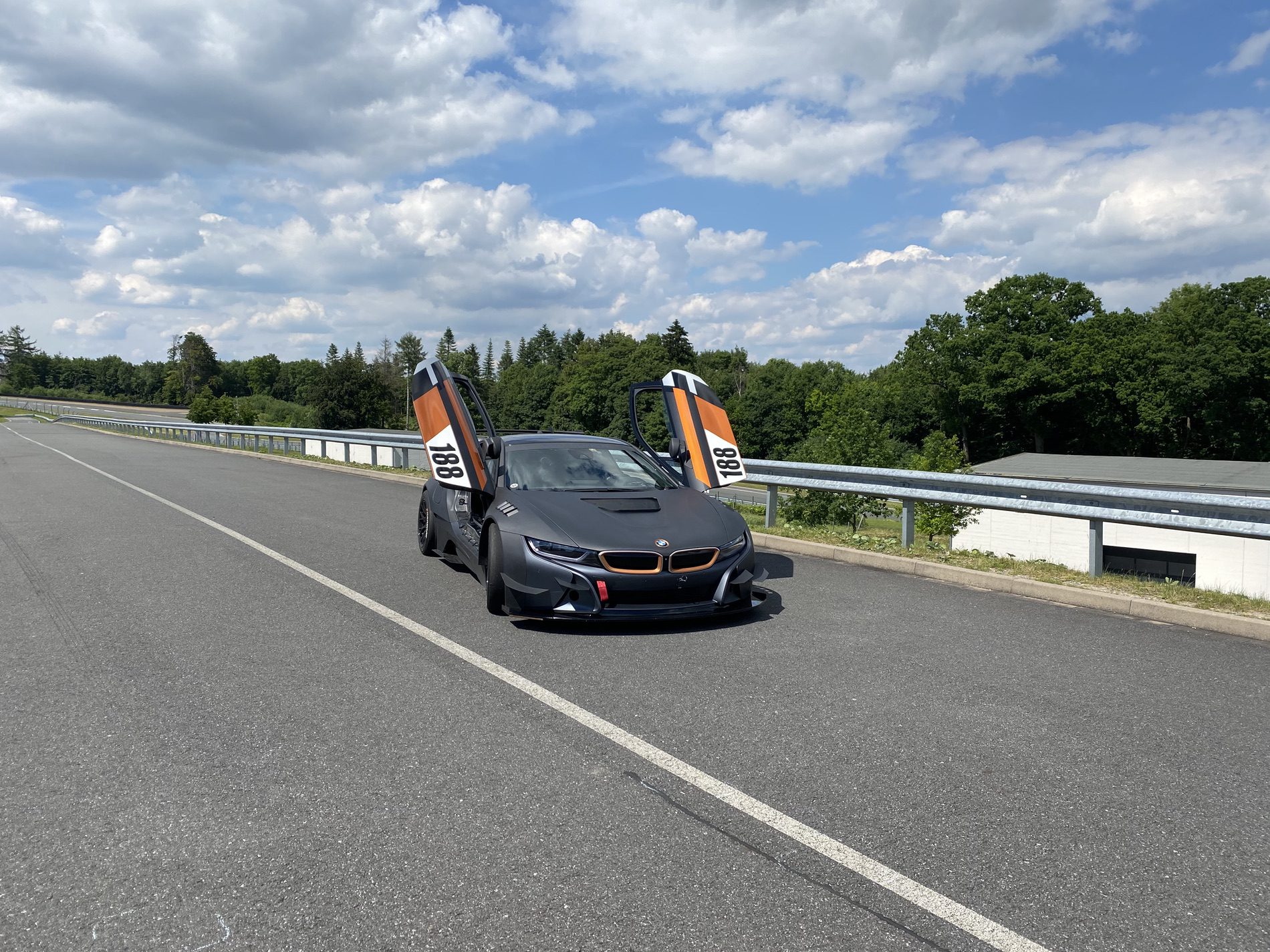 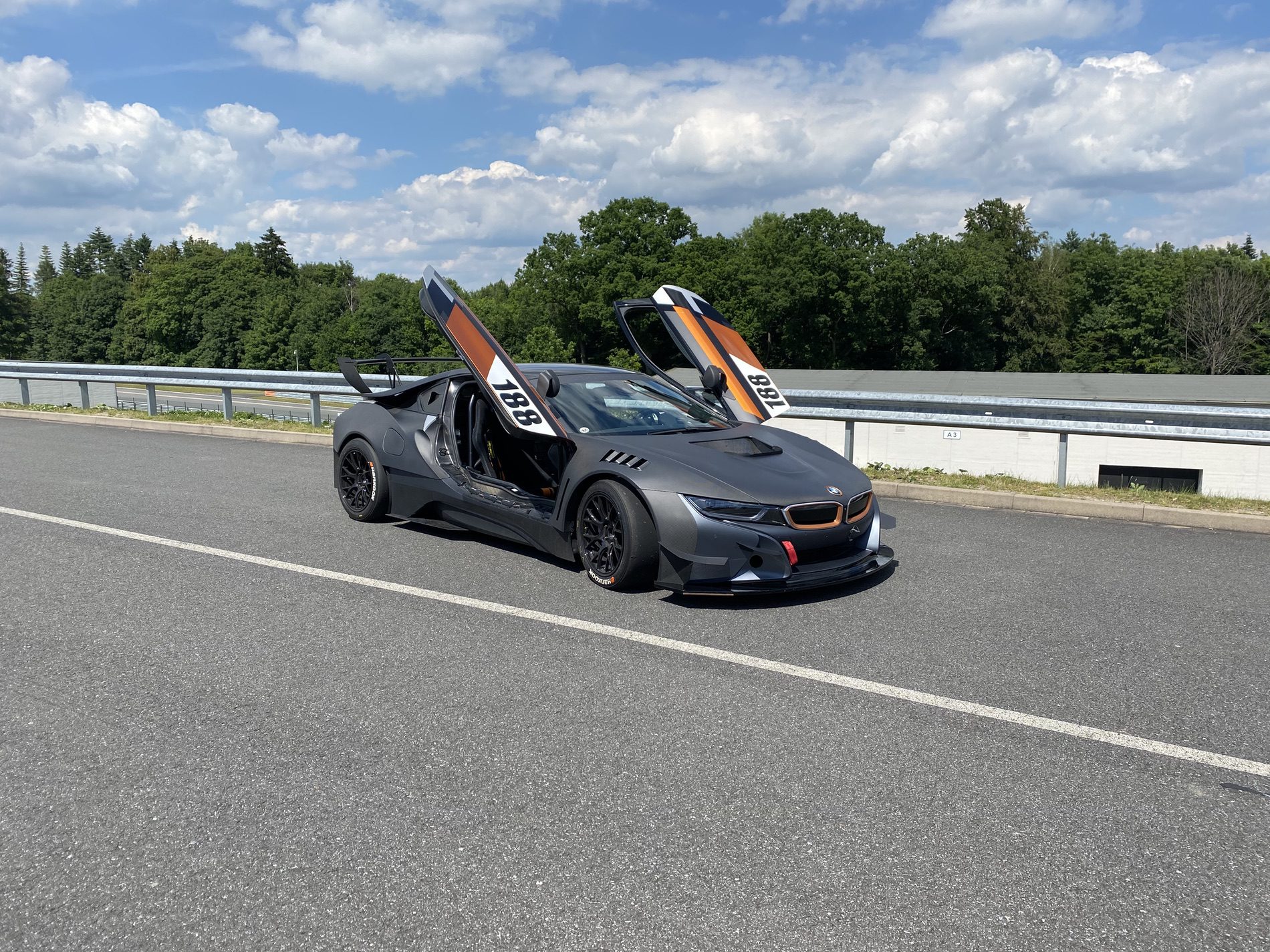