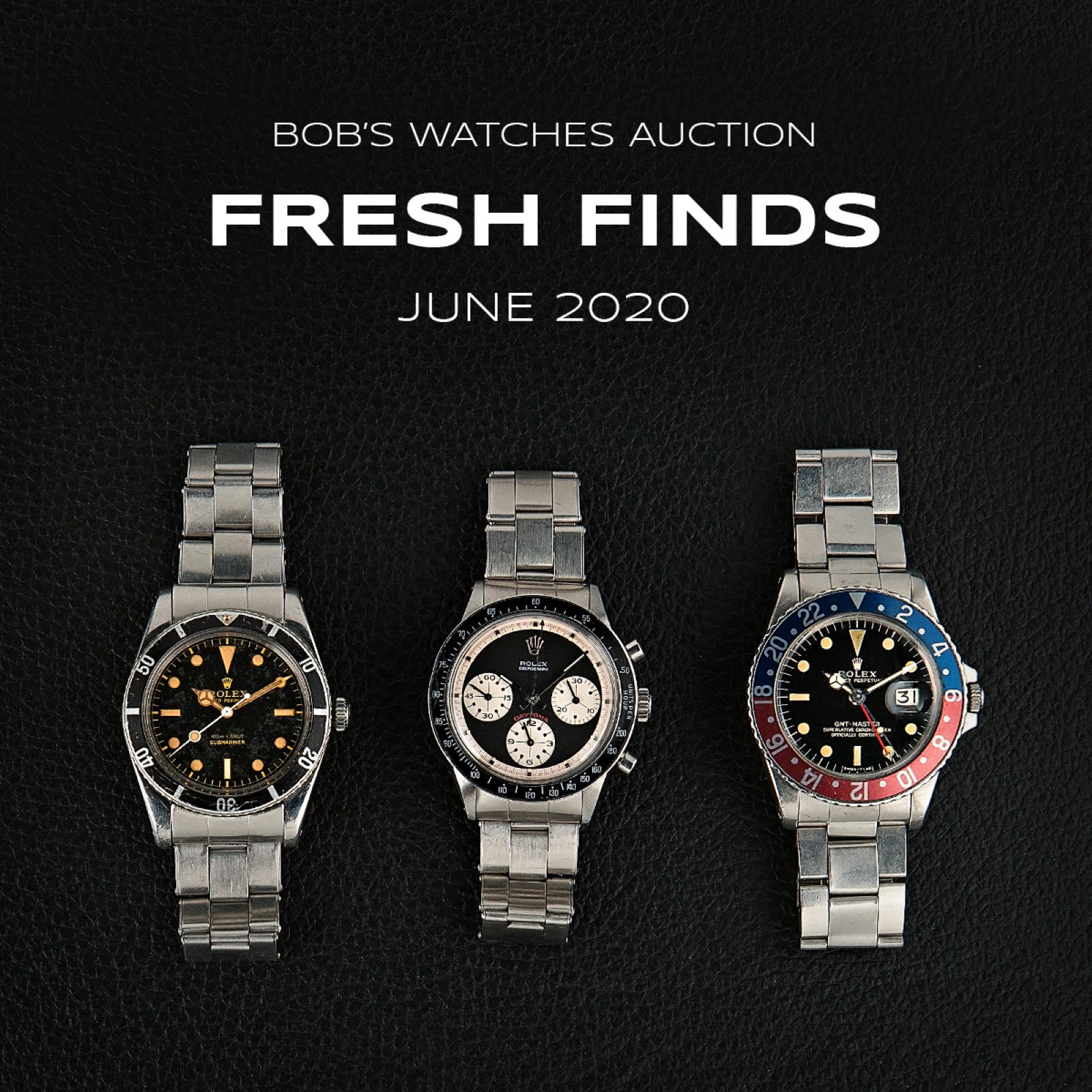 Paul Newman was part of a special group of guys, including Steve McQueen, James Garner and James Dean, celebrities and actors that were also racing drivers. As most car enthusiasts do, Paul Newman also loved watches. His most famous, and the one he wore the most, was his Reference 6239 Rolex Daytona, which was bought for him by his wife, Joanne Woodward. On the back of the watch, Nell had a little message engraved, saying “Drive Carefully Me”. That little detail, showing its history and unflappable intimacy of Newman and Woodward, is likely a large part of why the watch recently commanded its astronomical price tag – $17.8 million.

Yet, there is another Daytona made famous by Newman. Last year, a story made headlines throughout the industry about a Canadian woman who found a Rolex Paul Newman Daytona ref. 6241 in between the cushions of a couch that she had purchased from the thrift store. The woman contacted the store, and after no one came forward to claim the watch, the ultra-collectable vintage Rolex became hers. This is that exact watch, which California-based dealer Bob’s Watches purchased it directly from the woman.

What’s even more exciting about the story is that the couch cost a measly $25 and it took four years for the Canadian woman to find the Rolex. The watch itself is a reference 6241 Rolex Paul Newman Daytona, and despite its extended stay between the seat cushions of a couch, it remained in exceptional condition.

Last week, the very same watch went up for auction during the “Fresh June” event hosted by the watch dealer. A few days and five bids later, the famous “Couch Daytona” sold for a staggering amount – $191,000. The watch is even more unique since Rolex produced the manually wound Daytona ref. 6241 from 1966 to around 1969. During this short production cycle, there were fewer than 3,000 pieces of the 6241. Furthermore, only a few of them were fitted with the “Paul Newman dial.”

So it comes as no surprise that the 6241 Daytona commends a high price these days. In fact, the Rolex’s price have skyrocketed in the last decade, with the Daytona pieces being some of the most sought after timekeepers.