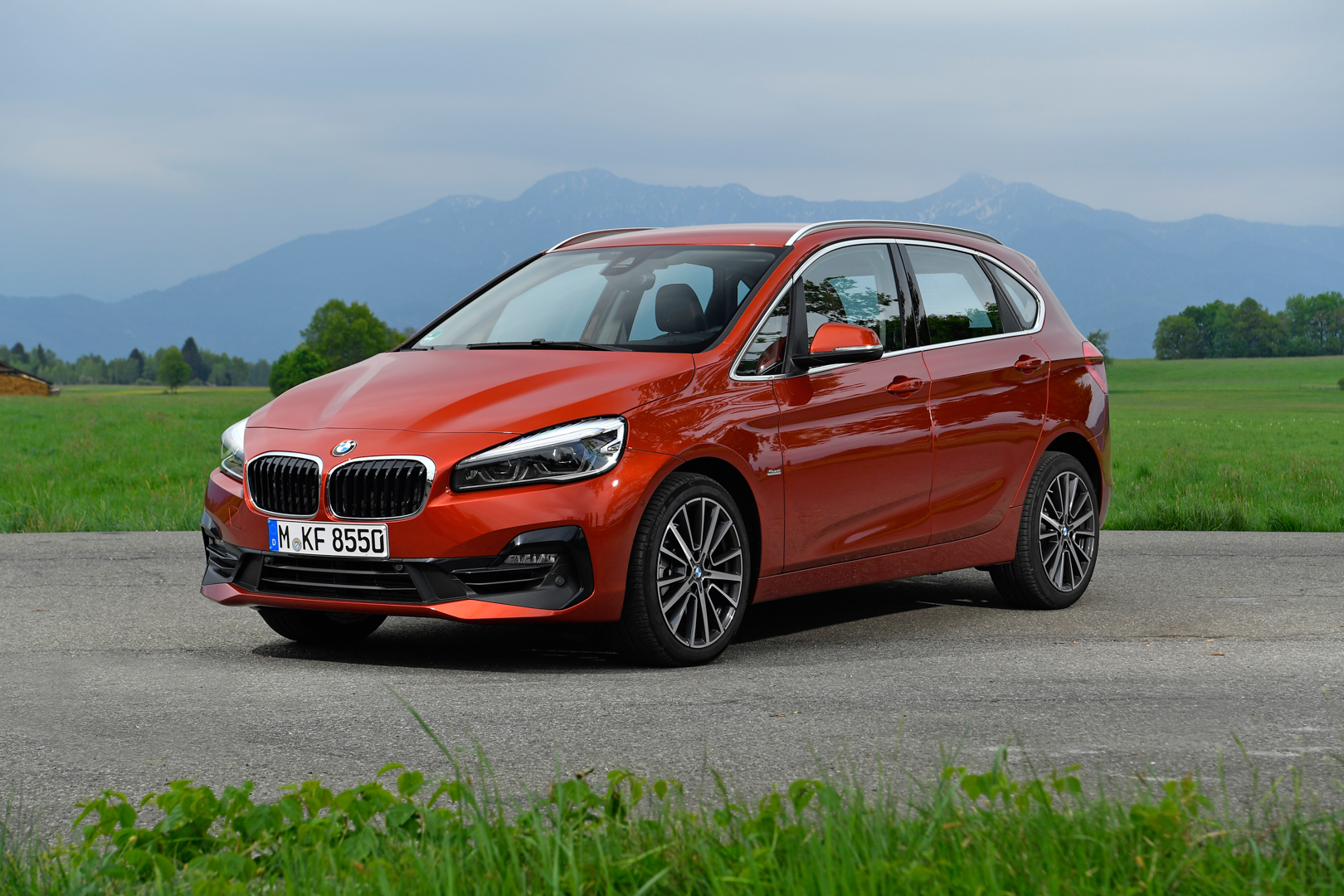 Not many BMW fans get particularly excited about the 2 Series Active Tourer. After all, it’s essentially a minivan with a Roundel on it. However it does sell well enough to warrant a new generation and, this time around, it might be one of the first new BMWs to offer the brand’s latest technology. Some new spy photos have surfaced, showing off the upcoming BMW 2 Series Active Tourer and its interior has some very new and interesting tech. (We don’t own the spy photos but they can be seen here)

We’ll skip over the exterior design, as we’ve already seen it a bunch and it’s nothing new, and move right into the cabin. Reason being is that’s where the good stuff is.

For starters, we see a new steering wheel looks different from most current BMWs and looks good. We hope that migrates through the rest of the lineup. It also gets a new little toggle switch for a gear selector, rather than the current square handle. The biggest change, though, by far and away is the new iDrive/instrument panel.

Seen in these photos, it’s clear that BMW has gone with a far different approach to its infotainment displays than ever before. So rather than the current setup, which has a separate instrument panel and iDrive screen, the 2 Series Active Tourer has one giant panel, split into two screens. It’s very similar in style to what Mercedes-Benz uses for its interiors and it’s actually surprising to see. Though, it does look a bit more modern and, in my personal opinion, better than the current setup.

What’s also interesting is that there doesn’t seem to be a traditional iDrive rotary dial on the center console, making this the very first new BMW to not have one since the E60 5 Series. That would make the iDrive solely a touchscreen system, similar to Tesla, Audi and Volvo. You can even see that the iDrive screen in these photos features really big tiles for its menus, making it easier to use via touch while driving. The climate controls are also built into that screen, as you can see temperature displays at the bottom of it. It would stand to reason that the bottom black bar where those temperature displays reside will be used to control the climate regardless of which screen the iDrive is on at the time.

The Live Cockpit Professional digital instrument panel seems to have changed as well. While we can’t see the digital gauges in these photos, we can see that some of the graphics are different. So we’re wondering if BMW took criticism of its backward rev-counter to heart and is changing it already.

Most automotive brands use wide-sweeping designs across their portfolios, so it’s not likely that this is going to be a 2 Series Active Tourer-specific interior design. Expect much of this design to be incorporated into the rest of BMW’s lineup moving forward. It’s a radical departure from what we’re used to seeing in a BMW and that’s probably a good thing. BMW’s interior designs, while very nice, have become a been staid and are in need of a shakeup. This seems to be that very shakeup.