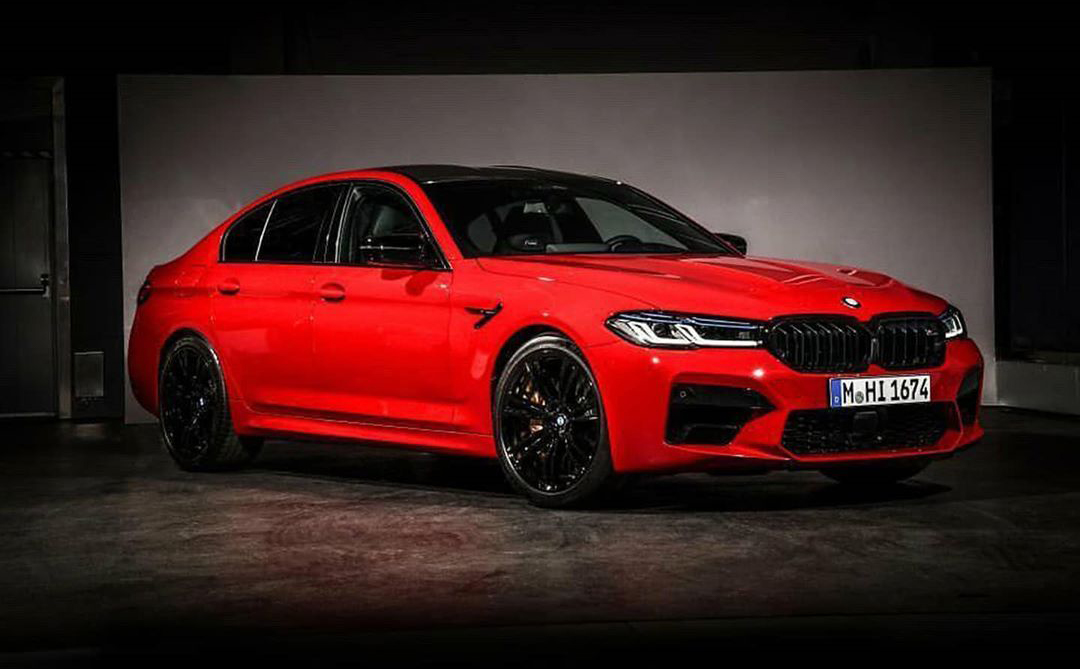 Ahead of its tomorrow’s unveil, the new 2021 BMW M5 Facelift has leaked onto the Interwebs (source: @wilcoblok). The refreshed M5 LCI will be introduced in the Imola Red color, an iconic paint for the BMW M division.

Of course, design wise, the 2021 BMW M5 Facelift follows the lines of the refreshed 5 Series. There is a new set of headlights and taillights of the 5 Series LCI, along with the modified kidney grille and front aprons. The most important update at the front is undoubtedly the flatter headlights with their completely new daytime running light design.

In place of the slightly angular daytime running light rings, which open towards the kidney, there is a new L-shaped design which is only rudimentary reminiscent of the double round headlights of earlier days.

The kidney are also more distinctive, and larger, and they fit the overall design a bit better than its predecessor. The extended shadow line option also gives a blacked out look to the M5 LCI. Also, compared to the outgoing model, the front bumper has been completely redesigned. 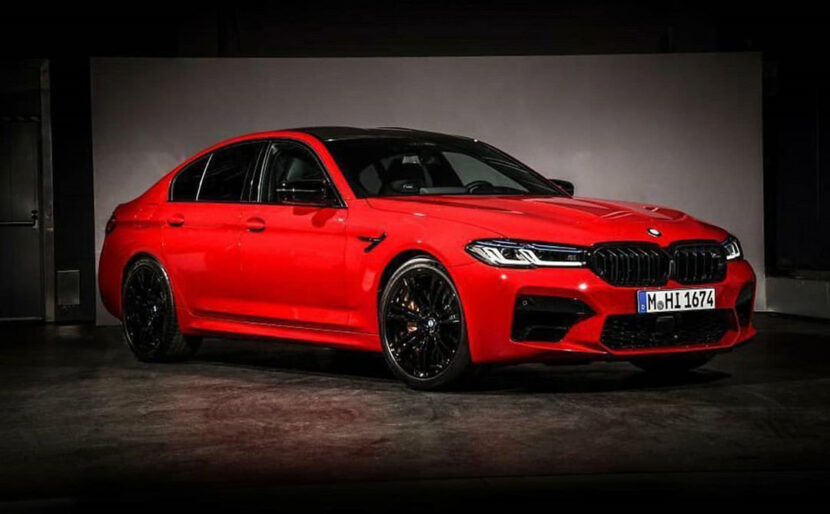 Towards the end of the year, an all-new, sharper M5 CS could likely be premiered, sporting further lightweight CFRP materials, more aero-optimized parts, a tweaked chassis and more power.