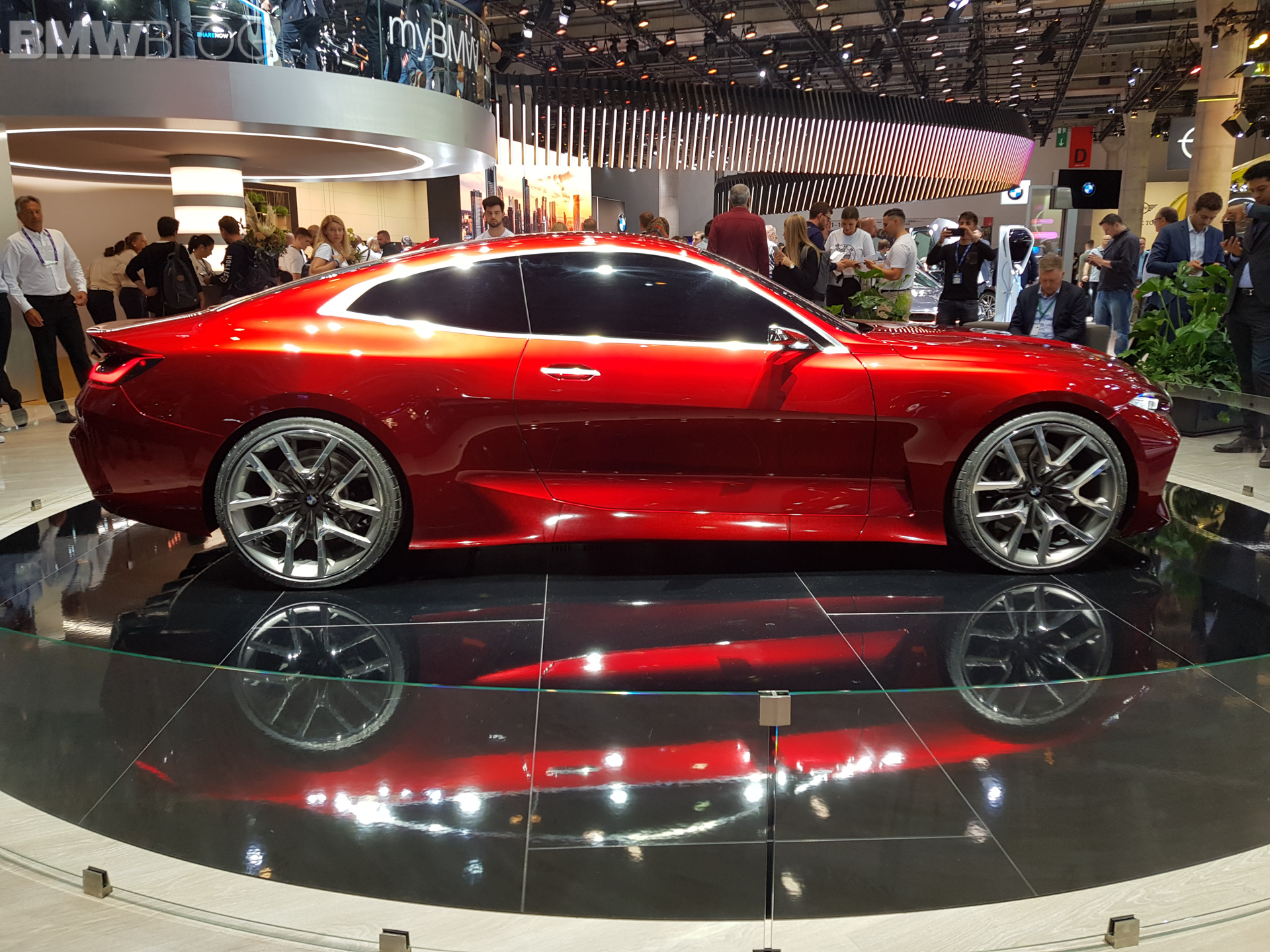 If you’re sick of seeing spy photos of the next-gen 4 Series, or just sick of hearing about its new grille, it’s too bad because we’re gonna look at it some more. Some new spy photos of the new 4er have just surfaced, showing off its coupe body style and new grille in more detail than we’ve seen before. (We don’t own the spy photos but they can be seen here)

Of course, the car in these photos is covered in camouflage, so we can’t see it in exact detail but this is the best look we’ve gotten yet. These photos also reinforce our theory that the 2020 BMW 4 Series is going to be a handsome car, grille aside.

Its profile is sleek and sporty, with muscular rear haunches and possibly the best silhouette of any current Bimmer. Its hood, roofline and trunk look as if they were made with a single, smooth brushstroke. I also personally like its Hofmeister Kink, which looks more traditional than what we’ve seen from a lot of new BMWs, such as the G20 3 Series (though, I don’t hate that one).

What everyone wants to talk about, though, is its face. Up front, the new 4 Series of course sports the now-infamous kidney grille design first seen on the Concept 4. Maybe it’s because I’m becoming desensitized from seeing it so often but it’s not looking as bad as I remember. It’s still not good looking in my eyes but those massive grilles, combined with the very sleek new headlights, actually don’t look terrible, even though I know a great many enthusiasts will disagree with me.

Grilles aside, though (as I know how controversial they are), the new 4 Series is going to be a good looking car overall. It sports a nice shape, muscular curves and a solid Hofmeister Kink. This may very well become BMW’s best looking coupe. Just maybe ignore its face.