With the MINI Electric in Alps: from Munich to Sölden without recharge

Home » MINI » With the MINI Electric in Alps: from Munich to Sölden without recharge 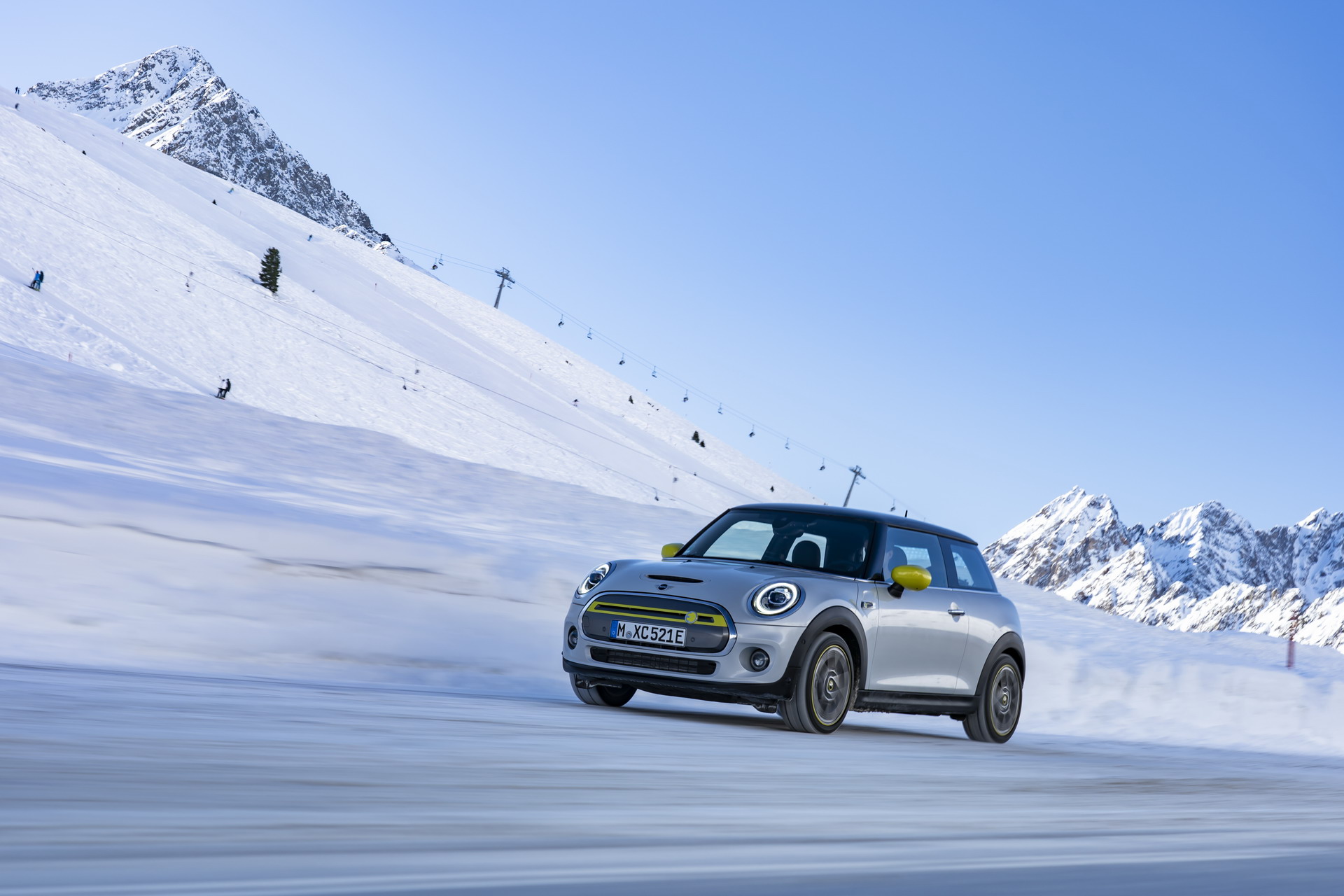 The new all-electric MINI Cooper SE is the ideal companion for short city getaways. On a single battery recharge, you can leave Munich to visit the beautiful Alpine winter resort of Sölden, which is precisely 200 kilometers away, in Austria.

Depending on road and weather conditions, the new MINI Cooper SE will boast a pure electric somewhere between 235 kilometers and 270 kilometers, so the 200-kilometer trip from the Bavarian capital city up to Austrian ski resort of Sölden shouldn’t be a problem to cover without recharging the battery. 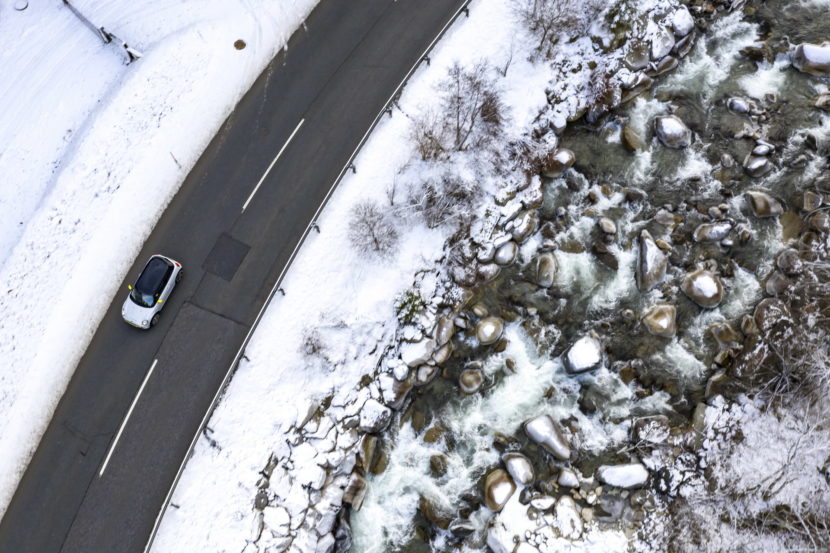 In the new MINI Cooper SE, the high-voltage Li-Ion battery benefits from a state-of-the-art compact construction. The floor architecture allows for an optimal installation of the battery as low as possible in order to maximize the vehicle stability and save important space in the boot. Thus, the storage volume ranges from 211 liters up 731 liters in the 3-door electric MINI, which is similar to conventionally powered Cooper models and more than enough enough to house the ski equipment, winter clothing and a toboggan. 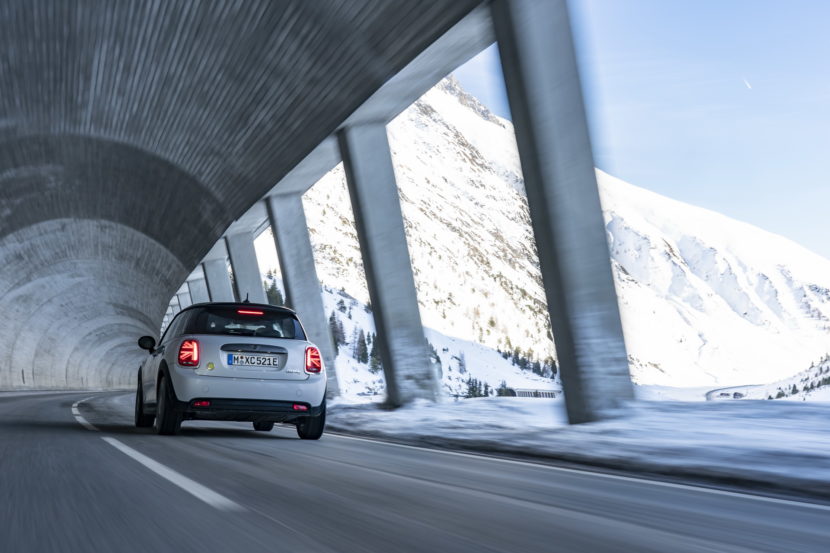 The journey to the Austrian Alps starts at the BMW Welt in Munich by driving on Motorway no. 95. The precise destination is the valley station of the Gaislachkoglbahn cable car in Sölden, exactly 200 kilometers away. Soon after starting the trip, the mountains become visible in the horizon, with the Zugspitze Berg in sight. 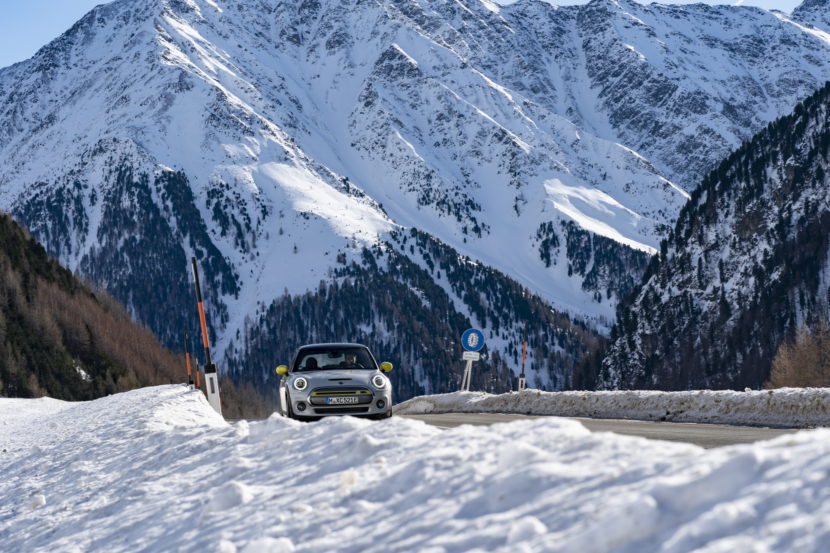 From Garmisch-Partenkirchen, the MINI Cooper SE head over in a south eastern direction to the German-Austrian border at the town of Mittenweld.

The trip then continues in the mountainous country roads of Austria. The MINI Cooper SE arrives in the village of Seefeld, located at an altitude of 1,200 meters, and marches on through the sinuous pass to reach the final destination: the Gaislachkoglbahn cable car in Sölden, which can climb you up to the height of 3,040 meters in the Austrian Alps. 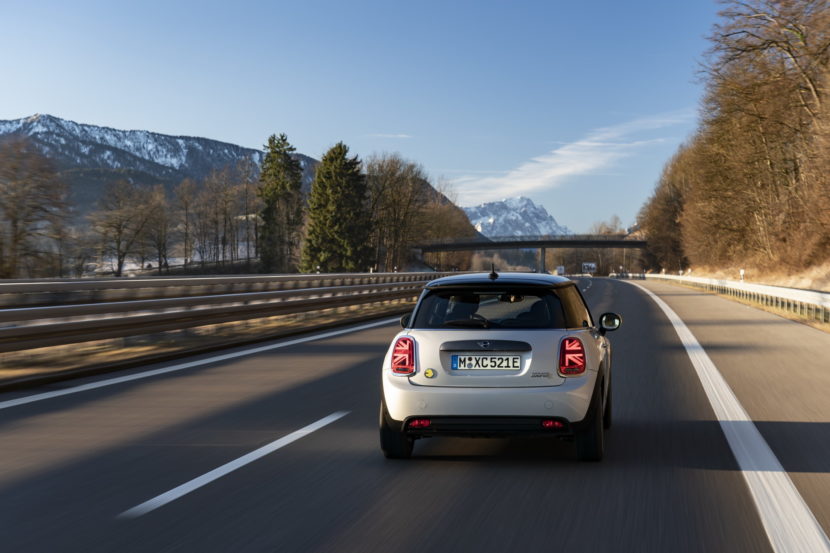 Throughout the journey, the various driving modes of the electric MINI can be used to efficiently manage the battery energy. The GREEN mode was used in the first part of the trip, as to help save important electric juice for the second part, which involved an uphill road and decisively more energy exhausting bends and curves. The GREEN+ mode was then activated, and together the actuator contiguous wheel slip limitation, provided the needed amount of traction and boost to cover the last section of the trip. 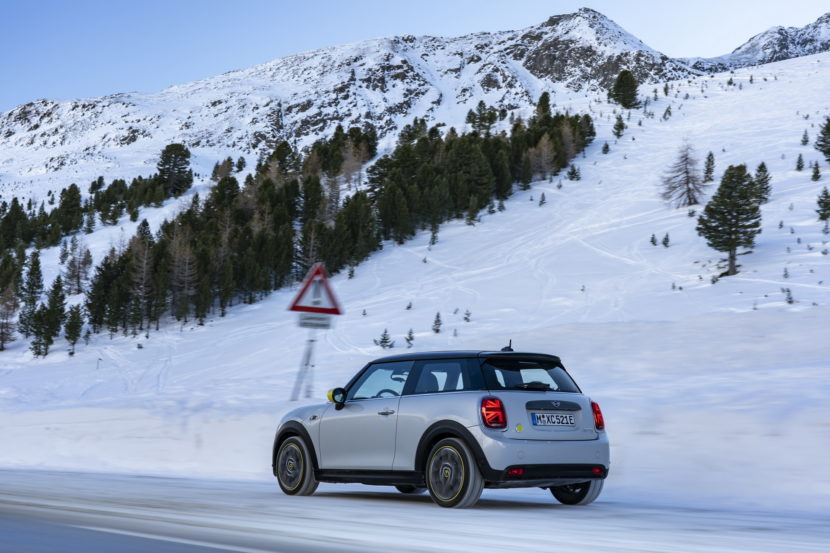 When the MINI Cooper SE finally reached its destination, it still had an adequate level of energy content in the high-voltage Li-Ion battery. Furthermore, the climate control system of the MINI Electric is designed to use the residual heat dissipated by the electric motor, the drive control systems and the battery as to heat up the interior during winter.

In addition, using MINI Connected Remote App, you can also precondition the cabin of the car before setting off on a trip. 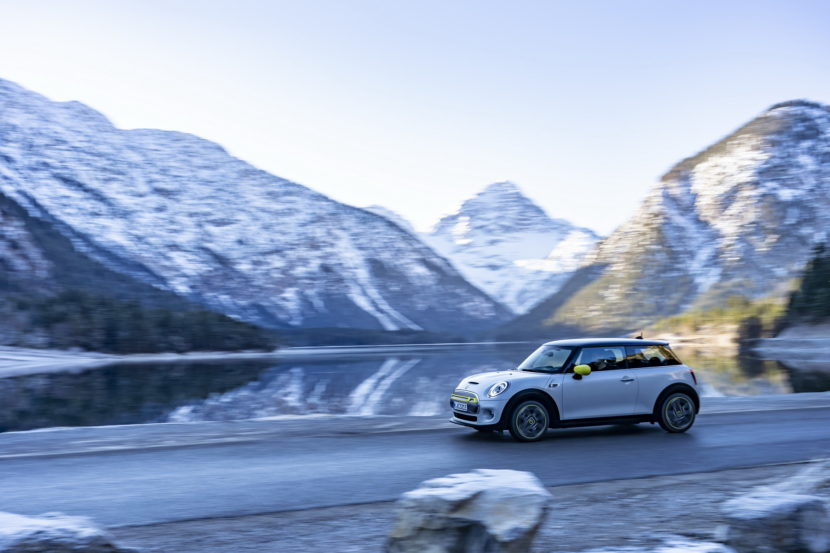 Recharging the battery at a standard 11 kW station will take around three hours and a half. Fast-charging is also possible, so the DC 50 kW chargers will be able to refill the electric MINI in less than one hour an a half. 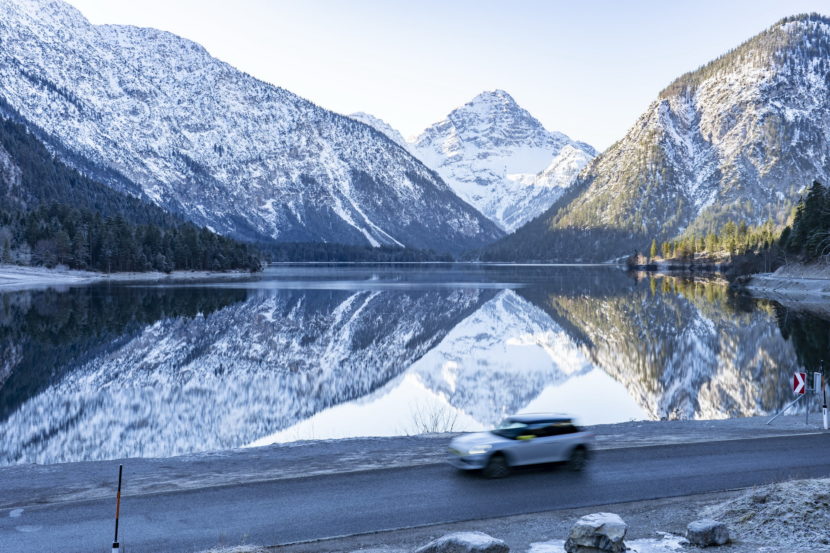 The new MINI Cooper SE is certainly an attraction wherever it goes and more than 100,000 customers worldwide have already placed their orders for the new electric MINI Cooper. 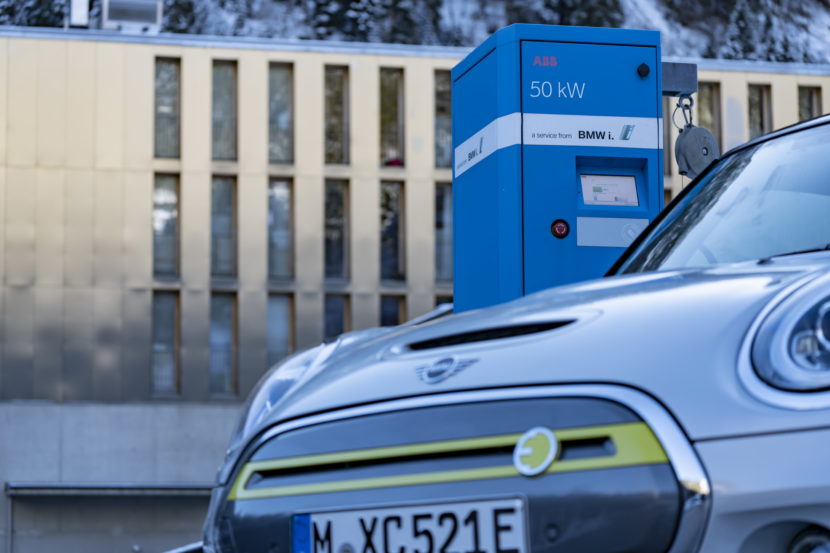 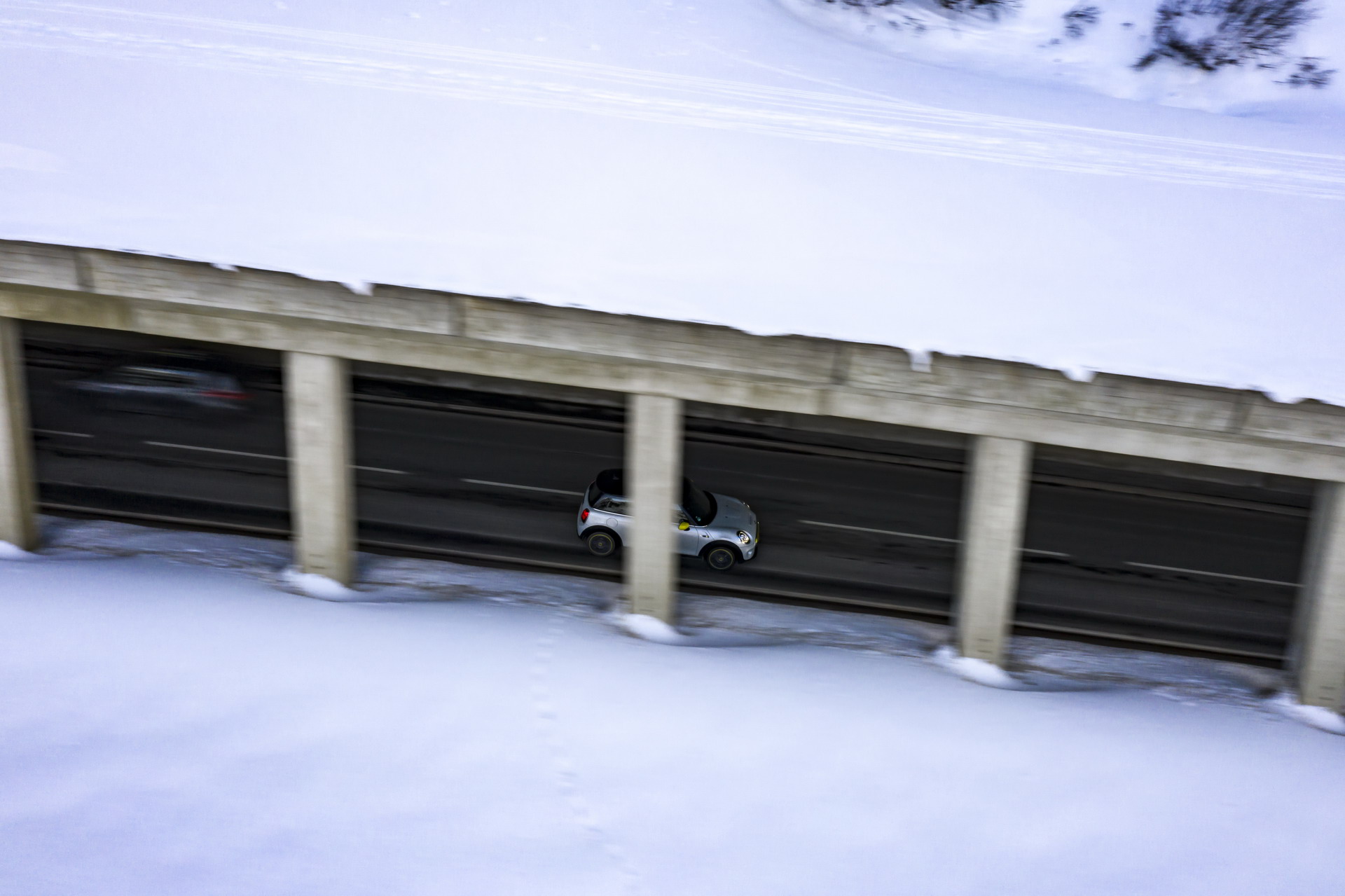 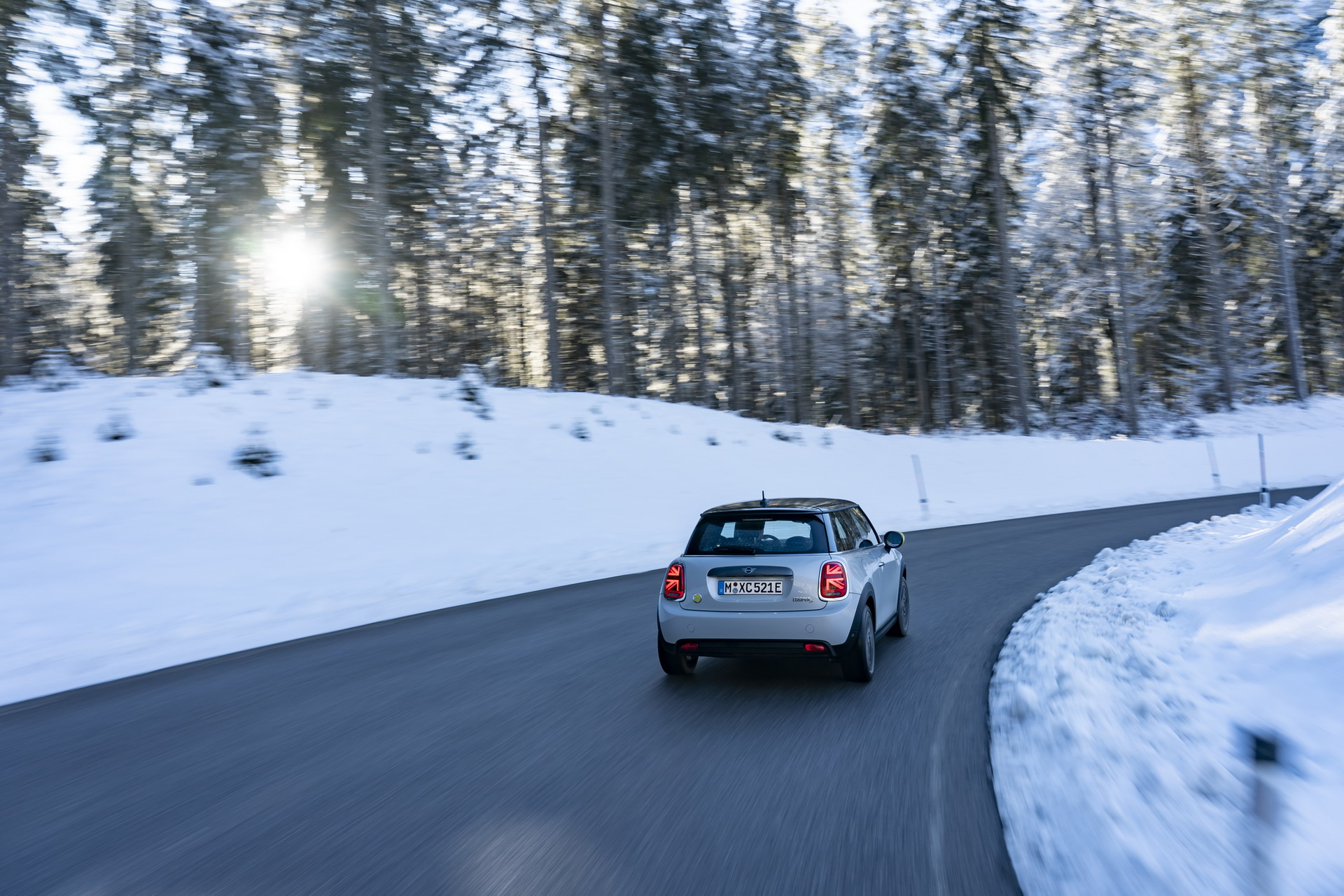 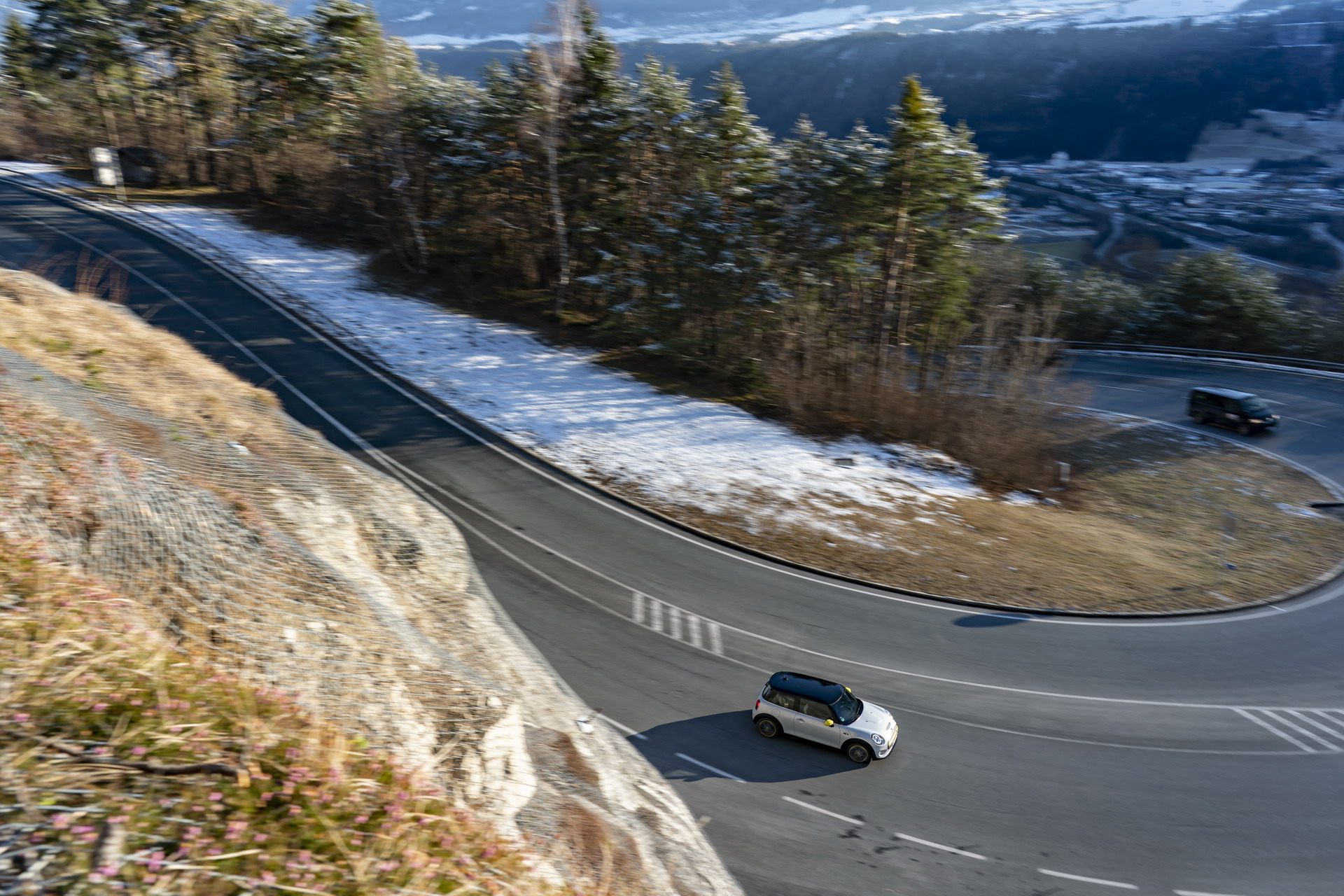