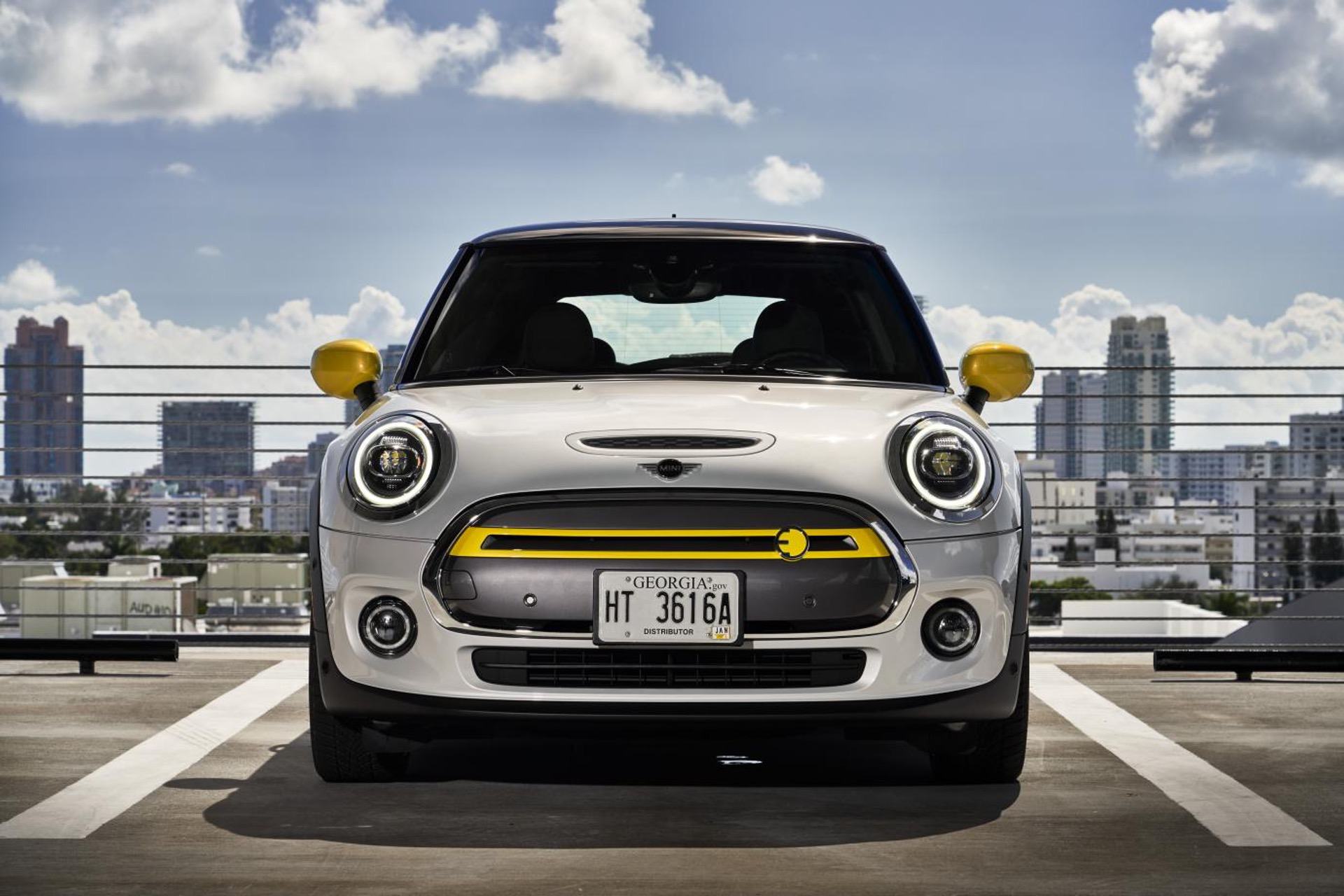 While the driving impressions of the 2020 MINI Cooper SE are still under embargo, we can at least share with you our first walkaround video of the electric MINI. The international media launch took place in Miami, Florida where we had the chance to sample the first production series MINI electric car.

The 2020 MINI Cooper SE is based on the current generation MINI Cooper and from distance, it can be easily be mistaken for a “conventional car.” Cosmetically, The MINI Cooper SE appears much like a regular MINI Cooper 2 door hatch but is adorned with a lot of yellow accents, unique badging and a charge port instead of a gas cap. An additional 319 lbs were added when you compare to a standard MINI and it has a curb weight of 3,009 lbs.

As MINI engineers were able to keep the batteries in the transmission tunnel and under the seat, the interior of the MINI Cooper SE is the same layout as a regular MINI Cooper replete with seating for four, fold-down seats and small but useable hatchback. The electric engine is even tucked neatly under the front bonnet.

Other than that, the interior design is nearly identical, with the yellow accents also seen on different elements.

The powertrain is, however, completely different. MINI packed the transmission tunnel and storage under the seats with batteries laid out in a T-Shape. Open the front engine hood and you might think you can see the electric motor.

We put together a quick video showing the new MINI Cooper SE. The test drive video will follow on January 29th, 2020.