Video: Classic Minis Reinvented – Which one would you choose?

Home » Video: Classic Minis Reinvented – Which one would you choose?

The classic Mini is a blast to drive, in its original guise. I had the pleasure of driving one from 1959 this year alongside a newer Cooper S 1250 GT model and both were true revelations for the non-believer in me. The analogue feel that the car offers and the way it handles with such little weight are two of the things that will surely make you fall in love as well. However, there are some amenities missing from them and some people have found a way to mend those shortcomings.

Modernizing older cars has become a thriving business these days and company handling that sort of stuff are asking for serious money for their services. When it comes to Minis, the guys from David Brown Automotive are the ones to go to as they are the best in the business. Their models are widely known for their luxury and serious upgrades as well as the hefty price tags. The video below shows one of their cars driven by Vicki Henderson of Fifth Gear fame. 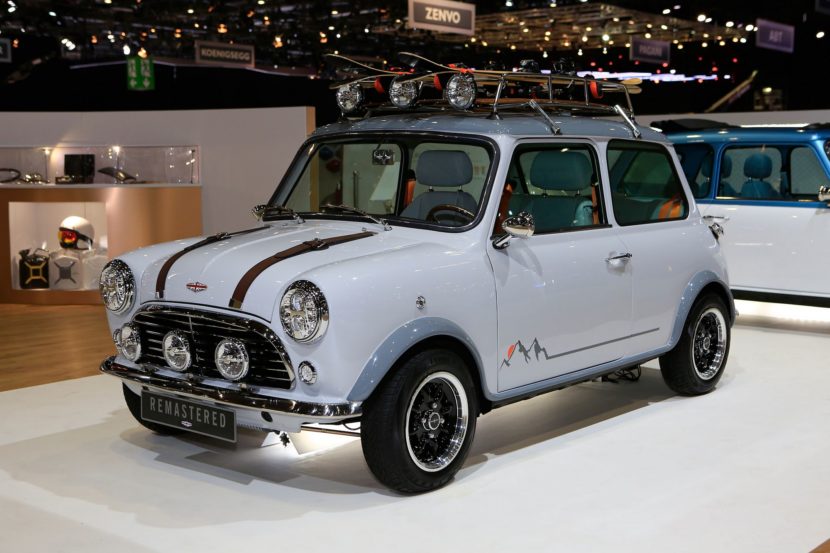 She decided to take a closer look at what alternatives you have on the market today in case you love the design of the original Mini but want a bit more style or a better running car overall. Alongside the David Brown model she also brought an electric model from Swind Electric. The Swind E Classic is powered by an electric motor with 108 HP which allows it to reach a top speed of 80 mph, a figure hard to achieve by the original.

There’s also a battery on board, of course, allowing you to cover 125 miles (200 km) with a single charge. Not bad at all. This Mini though has a rather steep price tag to go with all that new tech. Prices start at over £79,000 ($101,000) and that’s definitely not for everyone. The David Brown alternative isn’t cheaper either which means you’d have to really want one of these to fork out that kind of money.