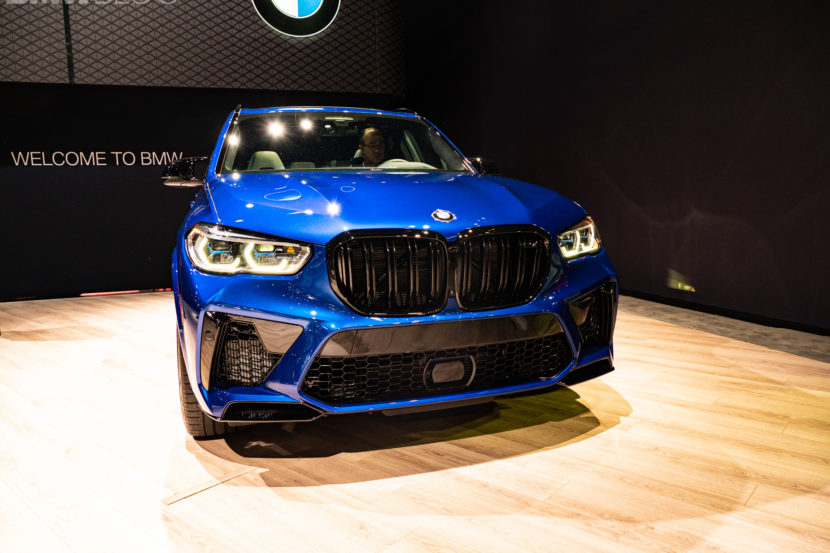 The all-new BMW X5 M made its world debut today at the 2019 LA Auto Show. The car was digitally unveiled a few weeks ago and then further showcased at some events around the world, but this is the first time that we see it live. The 2020 BMW X5 M is all about brute force and its engine provides plenty of it.

Under the hood of the BMW X5 M is a familiar 4.4 liter twin-turbocharged V8 that makes a 600 hp and 553 lb-ft of torque in standard guise. However, the X5 M Competition makes a whopping 625 hp (617 hp in the US) and the same 553 lb-ft. That makes it the most powerful M product in the lineup and the most powerful production BMW in history. In fact, the only production BMW engine to ever make more power was the McLaren F1’s V12, which made 627 hp. 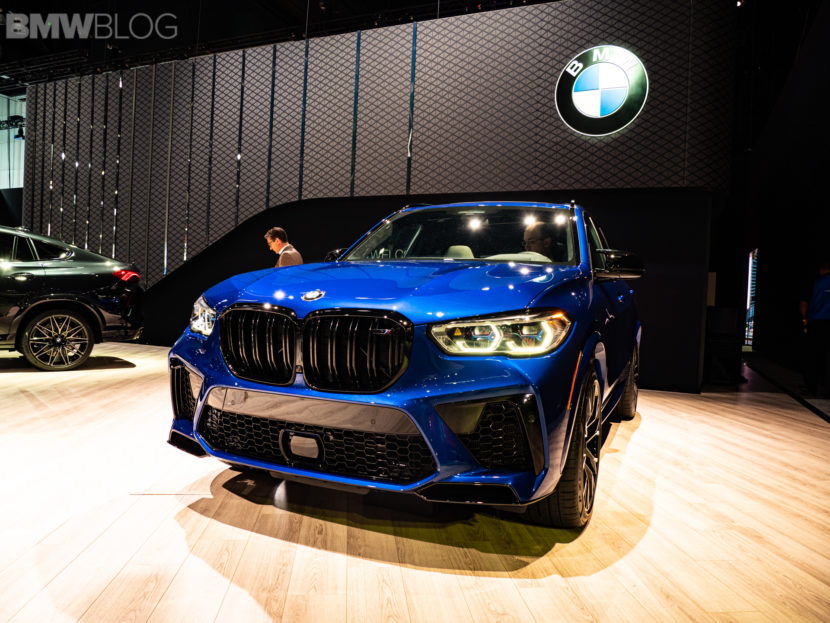 According to BMW, the standard car can get from 0-60 mph in 3.9 seconds, with the BMW X5 M Competition hitting the same sprint in 3.8 seconds. That’s seriously fast for a massive SUV and makes it faster than the previous F80 BMW M3.

Paired to that monster V8 is an eight-speed automatic gearbox and xDrive all-wheel drive. Much like the X3 M, the BMW X5 M gets two all-wheel drive modes; 4WD and 4WD Sport. However, unlike the BMW M5, there’s no rear-wheel drive mode in the X5 M. That’s probably for the best in an SUV as dense as a dying star. There is an Active M Differential at the rear axle, though, so that should help keep the rear end planted and stable through corners. 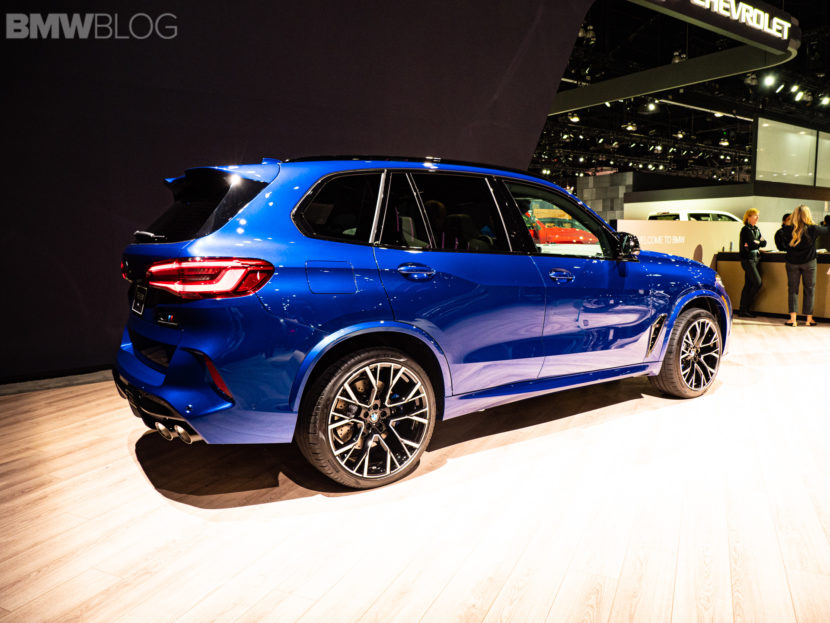 The standard X5 on which its based is already a very handsome SUV. Add a more aggressive front bumper, M-style mirrors, a rear roof spoiler and quad exhausts and you have an SUV that’s simply badass. It looks like it wants to punch you in the face and that’s exactly how it should look. 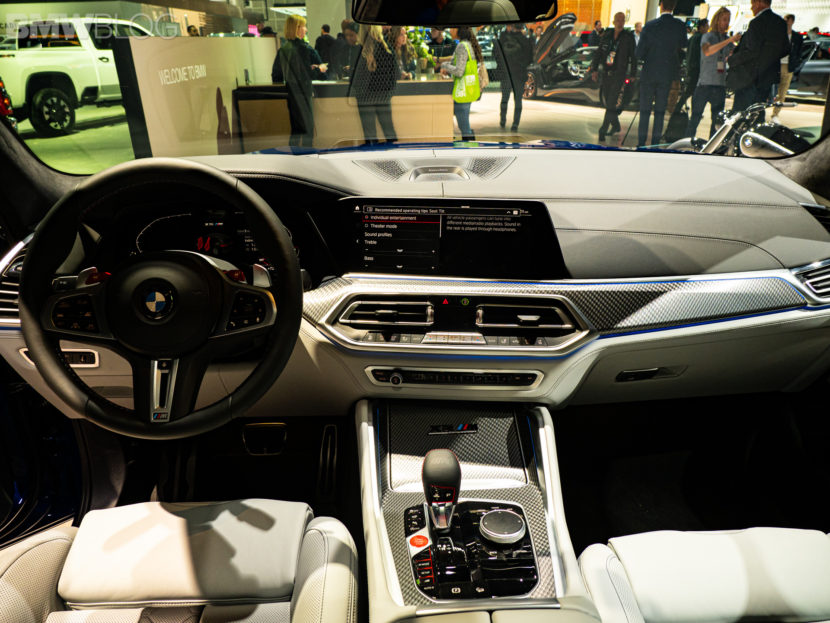 On the inside, it looks very much like a standard car, just with some M Division bits thrown in. For instance, the BMW X5 M gets seats that look like they’ve been pulled straight from an M5. That’s a welcome addition, as the M5’s thrones are superb. It also gets the same new M-style shift lever that’s found in the BMW M8, which is much nicer than the plastic Transformer-Leg shift lever of cars like the M5 and X3 M. Of course, there’s some carbon fiber trim and an M steering wheel with two red “M1” and “M2” buttons. 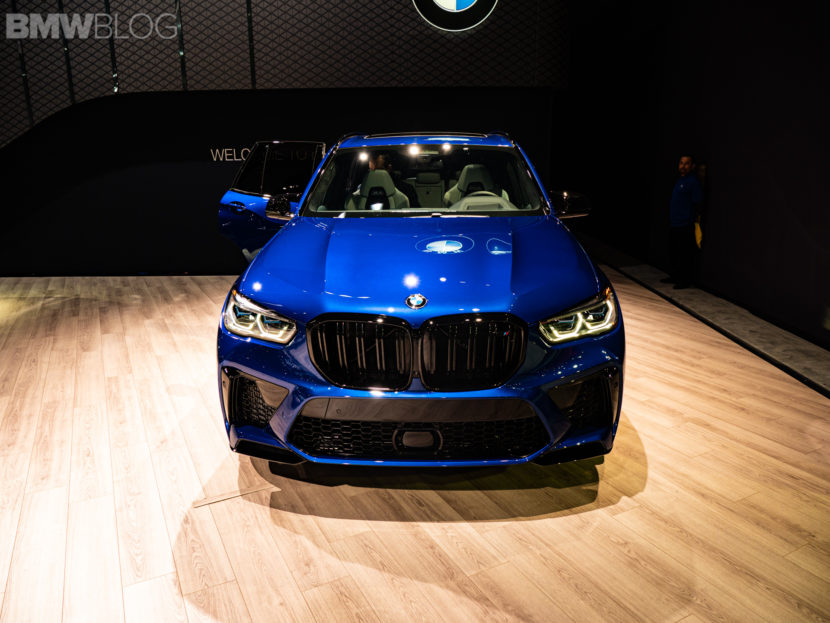 The new BMW X5 M, new BMW X6 M and Competition models will be launched together in April 2020.